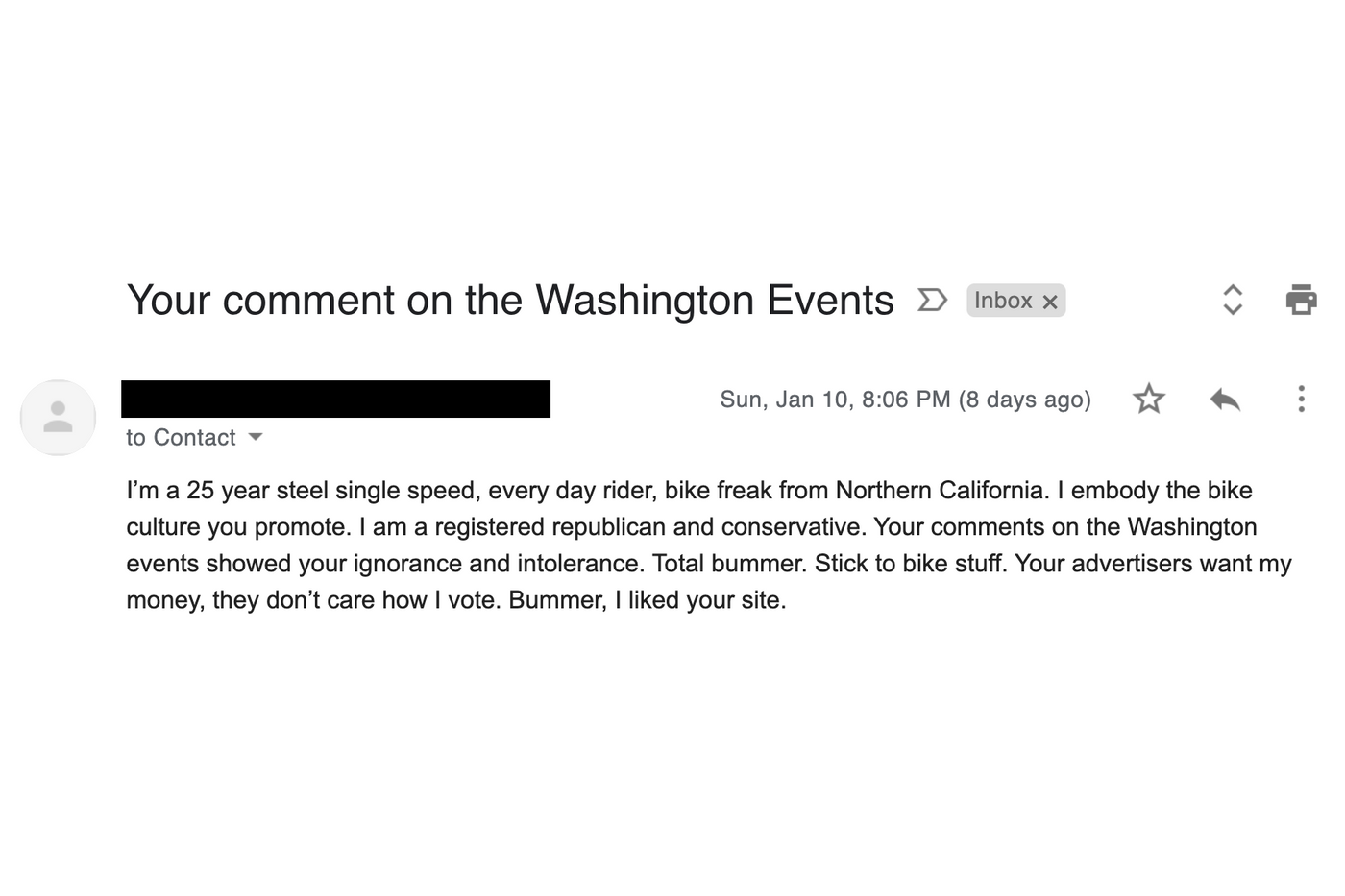 Our announcement after the insurgency at the Capitol triggered quite a few ex-readers to write in with messages like this. Unfortunately, this letter is the only one suitable to post online. Let us be clear here, if you support the events at the Capitol on January 6th, you do not embody the cycling culture we promote here at the Radavist. The terrorist insurgency represents white supremacy in the United States. As a free publication, we try to offer the best cycling entertainment on the web but don’t get it twisted, we oppose the insurgency at the Capitol and will always speak out against such actions.

Today is Martin Luther King Day, in which we honor the birthday of the civil rights activist. King was assassinated on April 4, 1968, and we’re still fighting white supremacy as a country, over 50 years later.  The January 6th insurgence is yet another example of the hurdles we need to overcome in this country.

The author of the email above is essentially asking us to remain silent because he does not agree with our position. Unfortunately, civil rights are political to people like the author. For us, basic human rights and civil rights are not political. All humans are equal and should be treated as such. We will not sit by like a majority of the cycling industry in silence. Our hope is that we can breach this line and create an industry that joins in unity as we rid the United States from this plague and makes cycling more open and accepting to all genders, races, and creeds.

Today we donated to the ACLU to assist in the battle against white supremacy.