I couldn’t believe how magical it was.  Piles of trash being turned into machines, art, education, and community.  The culture felt right to me. It felt like it was based on love and inclusivity.  It was so different from the corporate engineering work I had been doing as an intern at the U of A. Since that fateful first trip down the ramp I really never left. Embracing the BICAS mindset was a complete paradigm shift for me. It reawakened my physical and creative side and got me riding bikes and making art again. I spent every free moment between computer science classes at the U of A volunteering in that beautiful basement at Citizens warehouse. I learned to be a special kind of bike mechanic that works with no resources and has to rely on creativity over consumption.  I learned to weld and I started to make art. In a lot of ways, I found myself and reconnected with my heart in a time where I was miserable and floundering to find purpose in a sea of corporate emptiness.

The bright light of culture and love and resourcefulness that Citizens shined on my life is indescribable. An art hub since the early 90’s Citizens was home to at least 25 artists all working in different mediums and all speaking different creative languages that seemed to come straight from their being. Amazing expressions of self in metal and on canvas. It was a healing and loving place that I never wanted to leave. By far the most special part of Citizens was the people. One special person who came into my life at Citizens is Lane Santa Cruz.  Lane was hired at BICAS in 2013 while I was spending 4 months as a DevOps engineer at a startup in San Francisco.  Even 1000 miles away I could tell that Lane was someone special. She implemented useful technological changes at BICAS and was a strong voice for growth and change.  When I rejoined the BICAS collective and finally got the opportunity to work with Lane I was blown away.  She came into BICAS with no mechanics skills and quickly picked up the wrenching and teaching aspects of the job with ease, but what really impressed me was her broader skillsets.  She proved to be an amazing writer and fundraiser and the type of coworker that we all dream of.  Lane’s ability to navigate complex interpersonal and social issues and unite people is so damn impressive.  She cares deeply about representation and community and most of all about fairness. She sees inequality and she finds creative ways to open doors for people and inspire them to succeed. After completing her Ph.D. she eventually moved on from BICAS but not from the bike community. She continued to bike commute with her four kids and lead complete streets initiatives and mechanics events all over town through other avenues. We remained friends and I’ve always been proud to be lead by Lane and I’m proud to be someone she trusts and wants to work with.

There’s something special about working for people who we admire.  They drive us to do a better job and the feeling of pride that comes with being a part of the impact they are having on our community is irreplaceable. So when Lane ran for city council here in Tucson I was so excited.  I’ve always been a bit disconnected from local government in Tucson because I never saw like-minded folks and it always seemed so stale.  Lane brings strength and life and a level of representation that I had never seen before.  She respects the past without romanticizing it and she’s always looking to the future to right the many historical wrongs. Lane is the type of leader who understands the game and will find ways to bring meaningful change in a difficult system.  She grew up in the community she was elected to represent and knows deeply the challenges that folks on the west side of our town face. 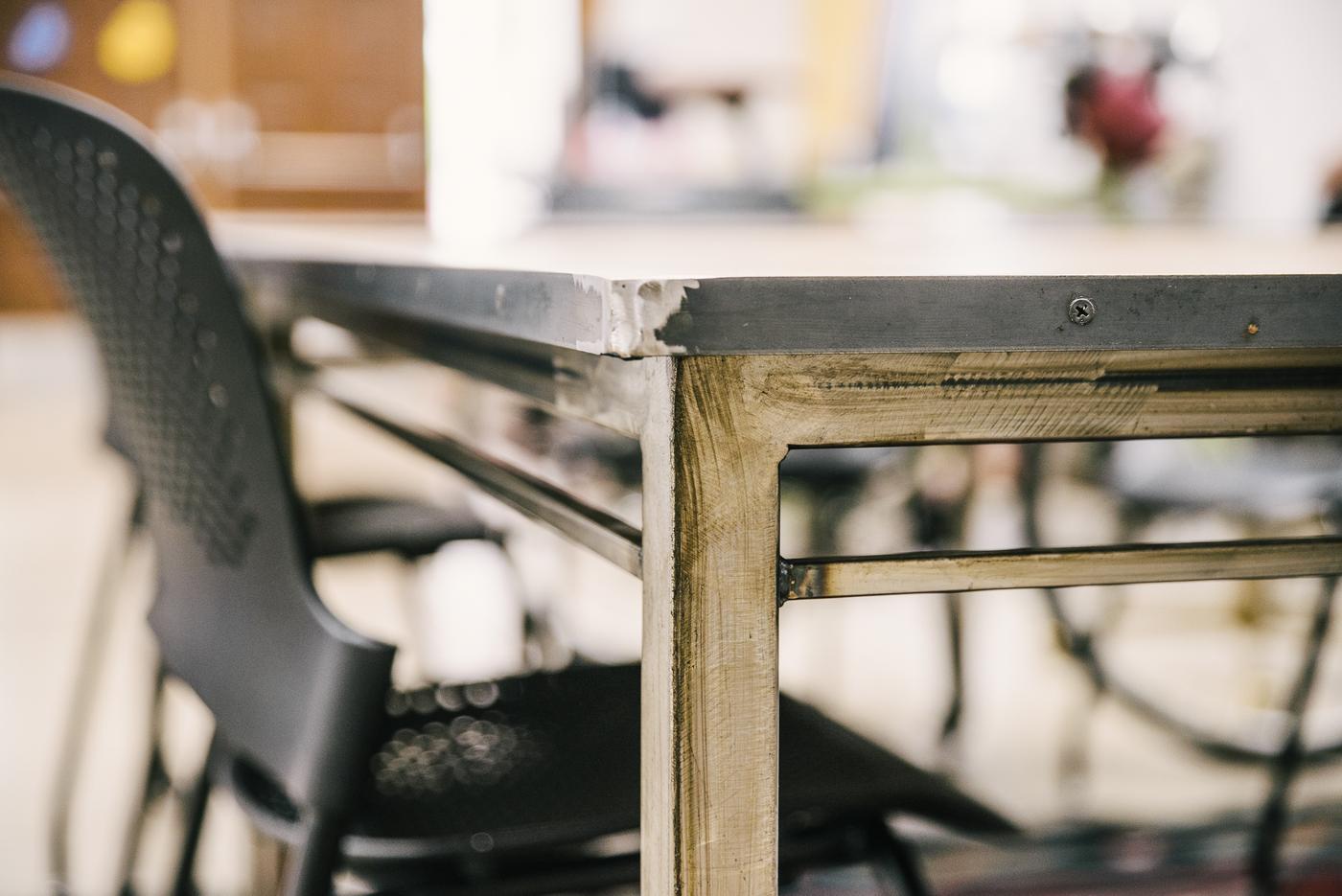 When she asked me to help with the renovation of her Ward office I couldn’t have been more excited.  She is always thinking about bicycle and pedestrian improvements in Tucson and one of the first things we did was set up a community tools space in her office.  Now community members can stop in and not only fix their bike but if she has a free moment Lane personally will teach them the mechanical skills they need to get their bike back on the road and get to work or wherever they’re headed. We also installed bike racks for staff to use and she even went so far as to purchase bikes for some of her staff so that they could ride to work. I also had the pleasure of designing and building a number of conference tables for the space because Lane envisions a Ward office as a community-building space and she encourages local groups and organizations to hold meetings and events there, post COVID of course. One of the first things she did after the renovation was work with the Manzo Bike club to bring a large group of kids from the neighborhood there on their bikes to show them the community tools and teach them about their neighborhood. It’s leaders like Lane that make me proud of my city and so grateful to have spent so many years at Citizens. Recently a roadway project forced the closure of Citizens warehouse.  The end of a special era in the Tucson arts and culture. Even in those last days when the city was content to evict 25 artists with no place to go during a pandemic, Lane once again stepped up for her community. She organized a meeting with all of the big wigs in Tucson and found a solution to provide new art studios for all of us. We are so lucky to have such an amazing woman on our city council and I look forward to seeing how much Tucson cycling prospers under Lane’s careful and intersectional leadership. 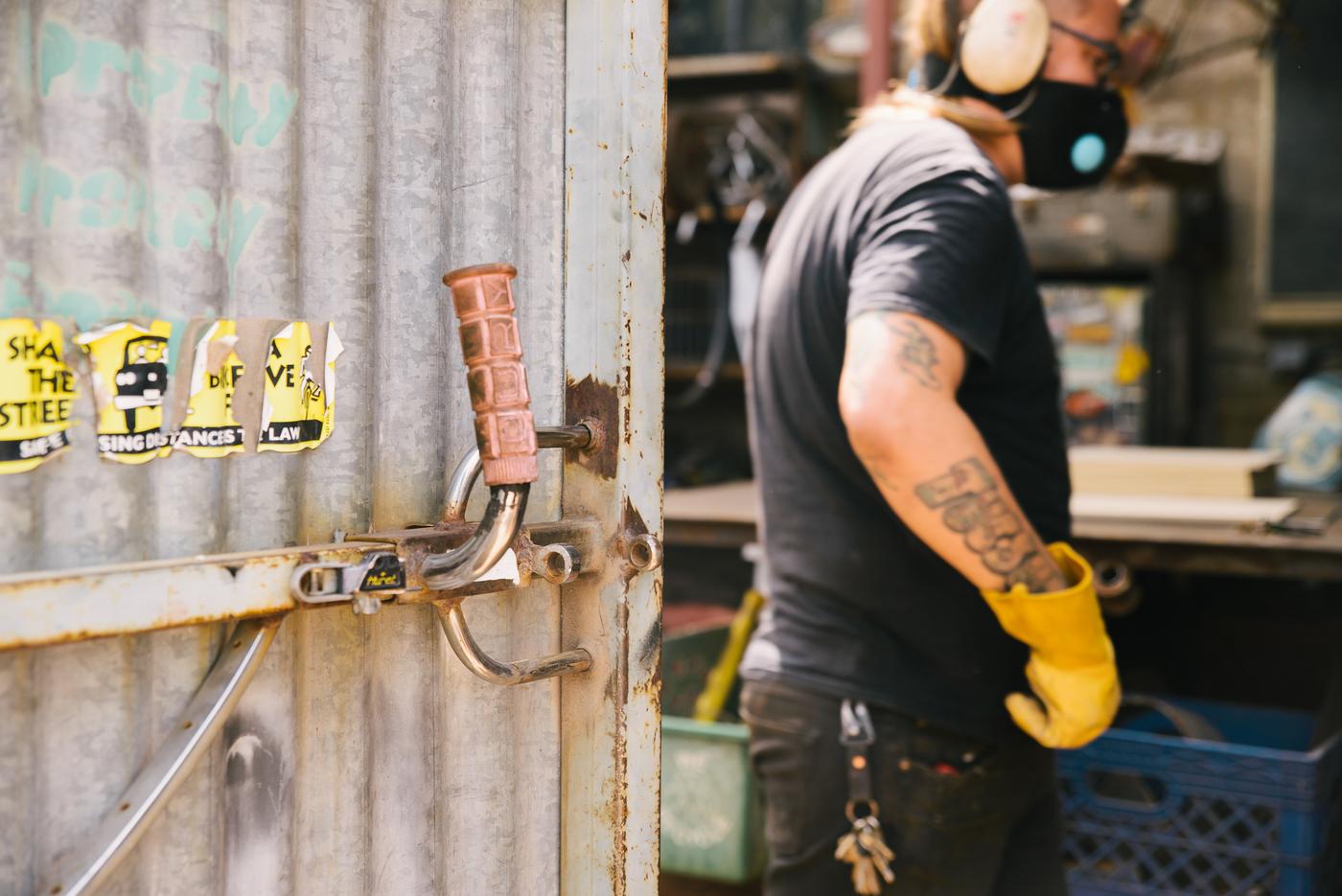 So today I’m saying goodbye to Citizens Warehouse. It brought so many people together in pursuit of arts education recycling and bicycling in the purest of ways. It was a place where you didn’t need money or status or even to be especially nice. It was a place Tucson went to be helped and to help others.  It was a place we went to be healed. It built BICAS into an essential part of our cycling community and it was a nexus of unique Tucson art. Everyone that spent time there left with a little piece of its magic in their hearts. I’m lucky to have been on both sides of that healing and to have found BICAS. I’m so grateful for how much Citizen’s enriched my life and our town. Farewell, old friend, you’ll live on in our hearts and in the way we build our new studios and community spaces. I look forward to what comes from your loss.