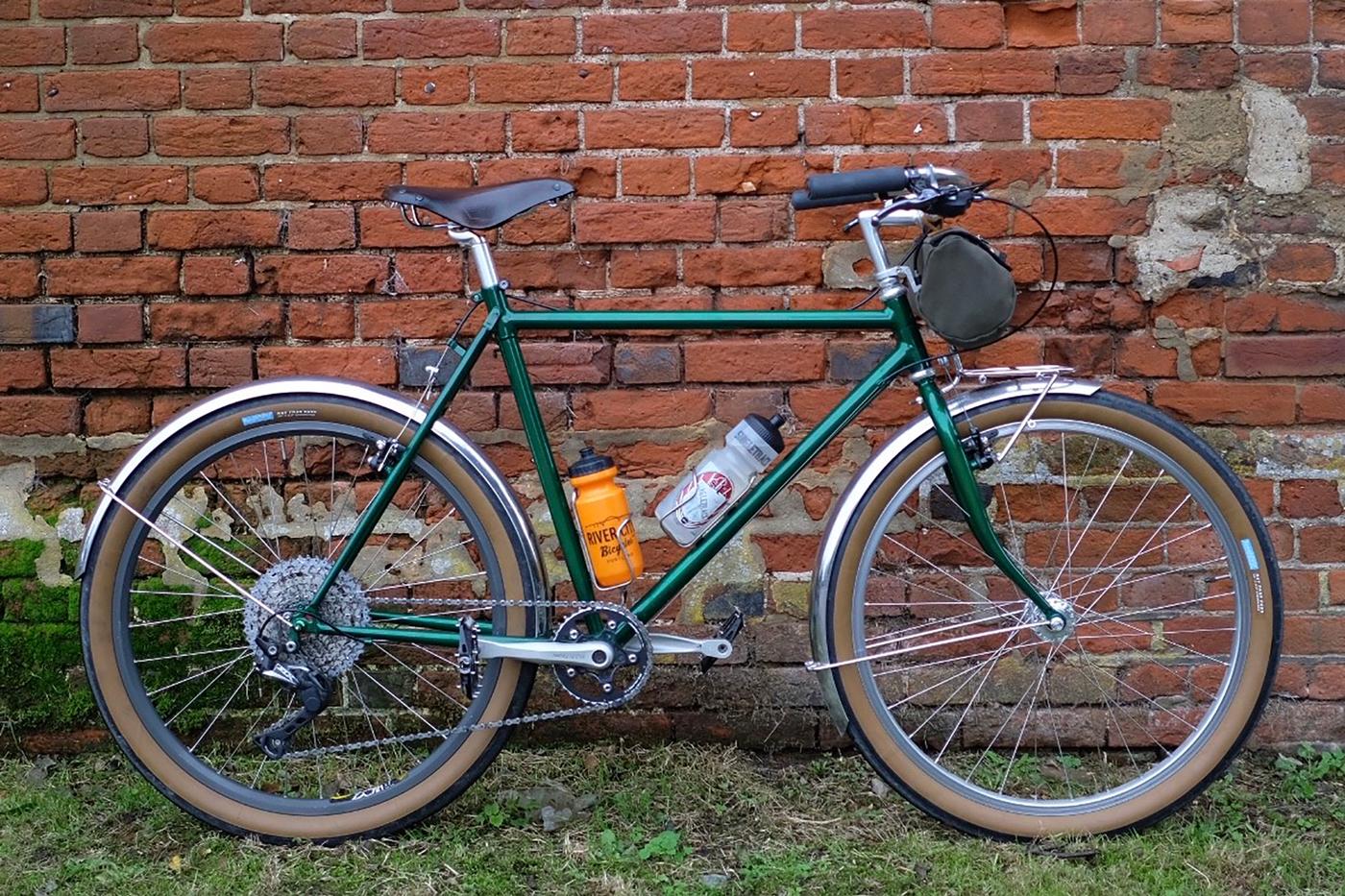 For this edition of Readers’ Rides, we bring to you Tim‘s mystery frame, which he built into a ‘country rambler’, so read on below! Howdy folks, I hope all is well with you. I’ve been working on a laid back ‘country rambler’ build since early Spring. It ain’t quite finished but I’ve started exploring the local lost lanes on the thing and as they get pretty filthy in the winter, I thought I’d better pull together a selection of snaps before the currently pristine tan walls succumb to deep seasonal staining. 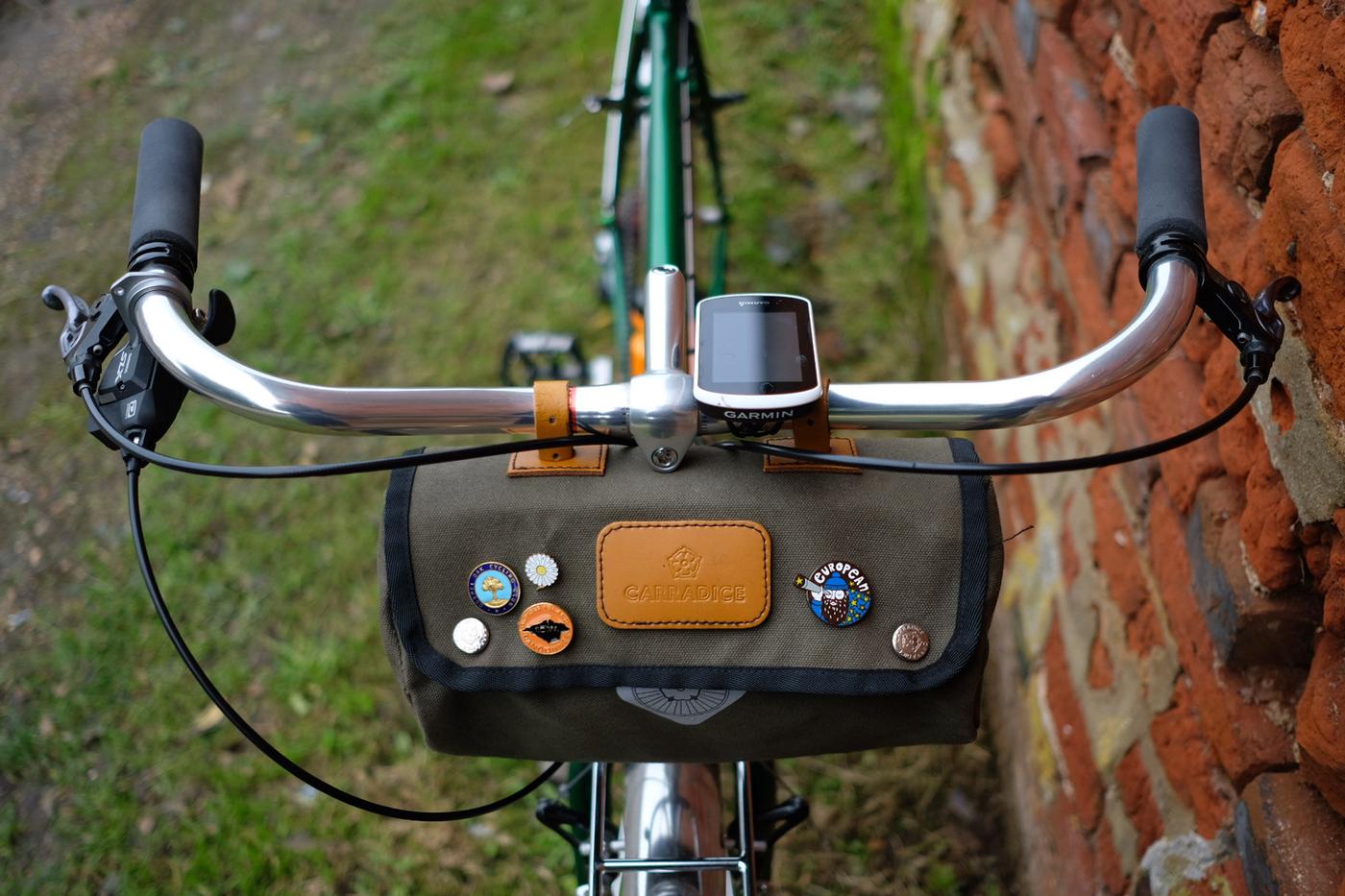 I had a pile of parts left over from a 26” dirt drop touring conversion based around a late 80’s Giant Escaper frame that I’d used to travel across Europe for 6 months in 2017. The choice elements of the pile were a King Head Set, some XT M730 Cantilevers, a front wheel with a Son 28 Hub and a pair of 60mm Velo Orange Fenders. 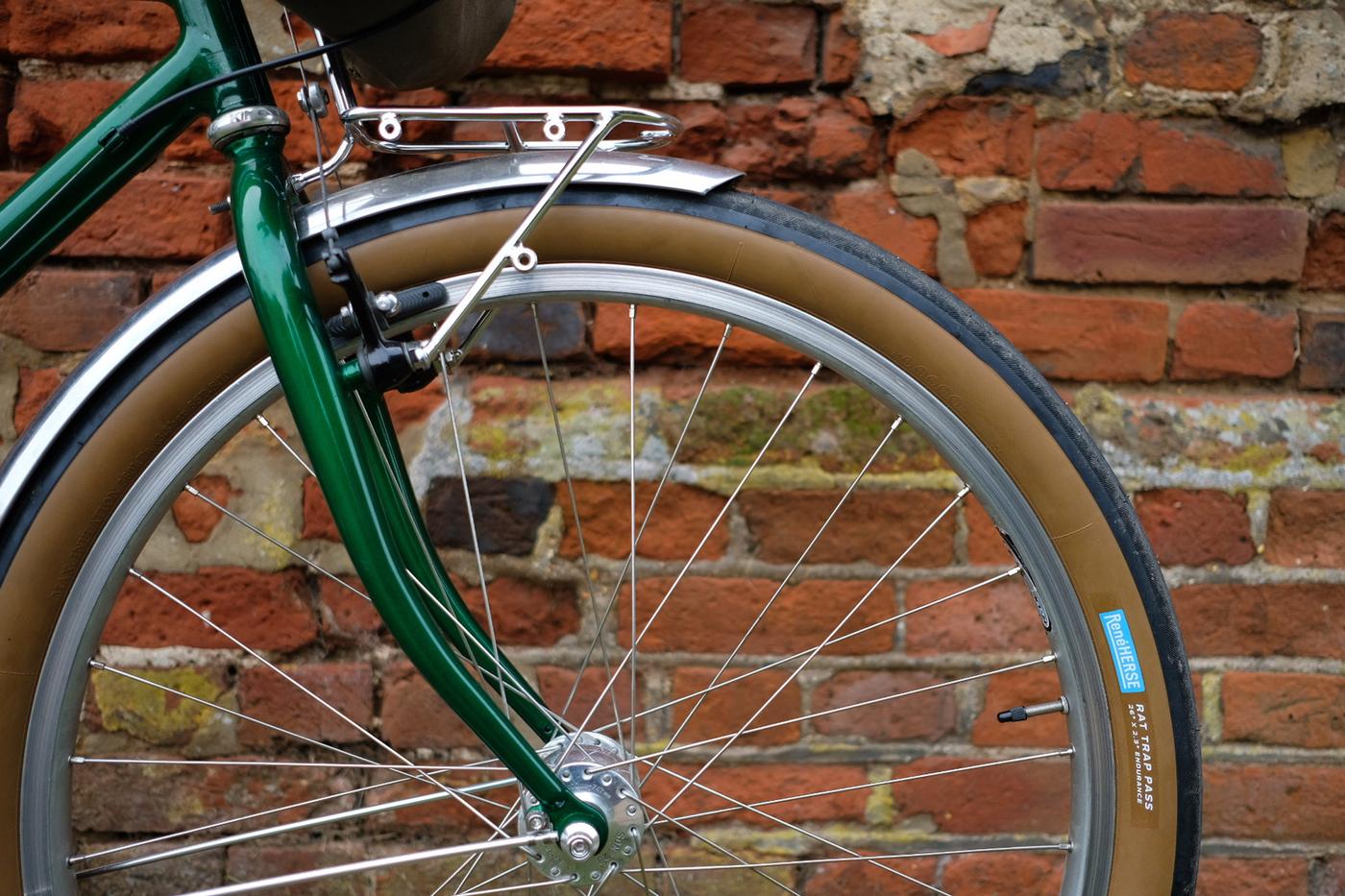 Protracted considerations commenced but there was always only one handlebar for this project – the Nitto Albatross. I had in mind a ‘sit up and survey’ riding position that was conducive to peering over hedgerows and into country gardens, whilst allowing for the full appreciation of pootling quietly along the network of single track roads with grass up the middle that make up the majority of my preferred routes from the back gate. 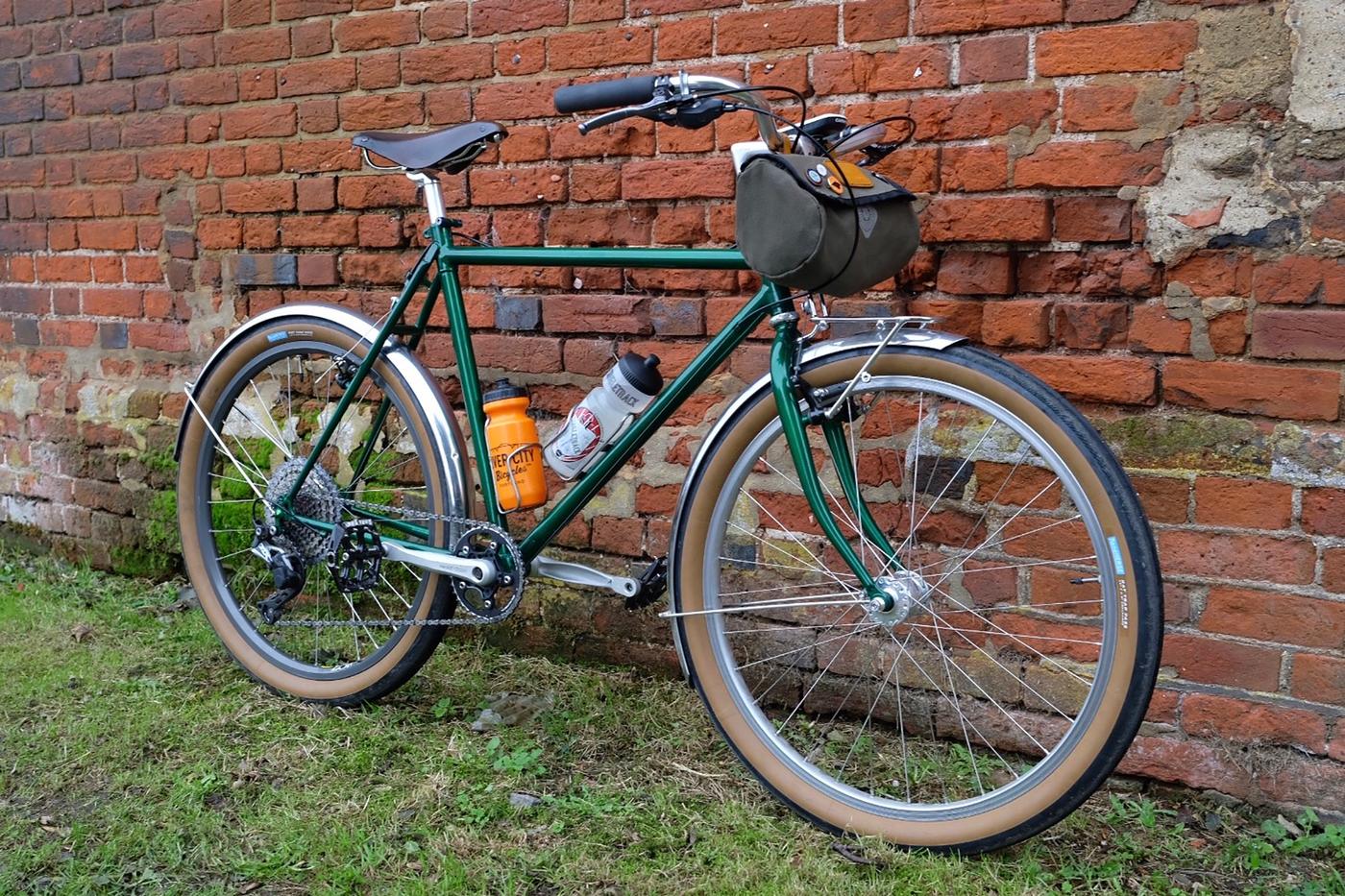 I own a 650b Surly Straggler that’s dialed in terms of fit so I had some base measurements on which to begin the search for a suitable vintage MTB frame. Pretty much straight off the bat I stumbled upon a mystery fillet brazed mid 80’s special with nigh on the same dims as the Surly (with a longer top tube to match the swept back Albas) and the build sprang into life. There’s a thread about the origins of the frame on retrobike.co.uk – acquired by a forum member from the States, he’d sandblasted it to reveal the brazing before settling on a lovely stove enameled green. Quirks setting the frame apart are a “hite-rite” tab, a pump peg and an ovalized seat tube t’ward the bottom bracket. The fork is off and old Jamis but the origins of the frame remain a mystery. 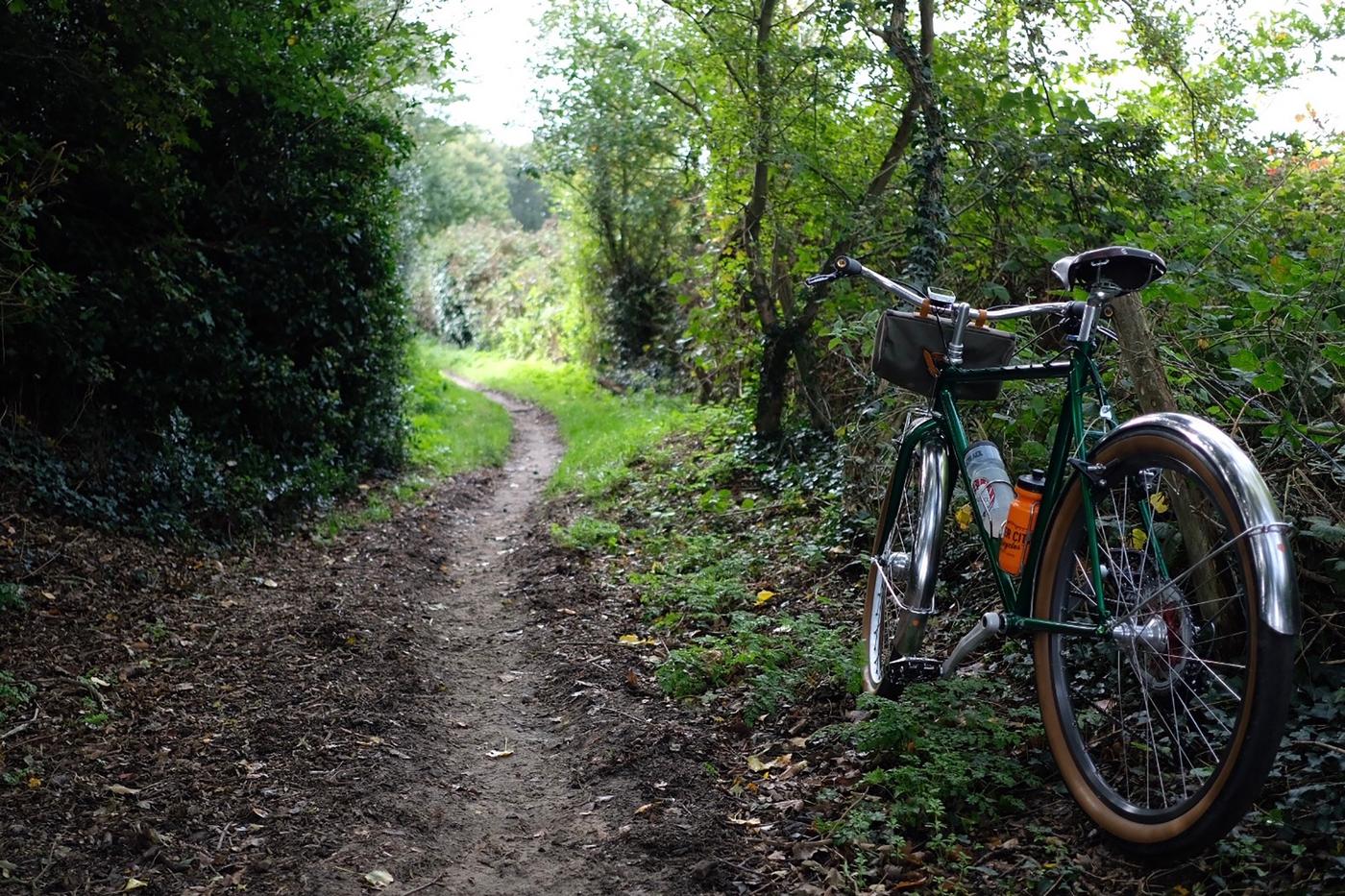 6 months into the project and I’m stoked on how it’s come together. At some point, there’ll be an Edelux lamp attached to the rack and a nice Campagnolo seatpost scored second hand from the bay. For shorter rides, I carry supplies n tools in the Carradice but I’ve also a BagXBird Goldbach that sits comfortably on the mini rack if I’m out all day/portaging kit and grub. The ride is relatively quick and ultra-smooth – vibrations damped by the Albas with additional kush from a pair of Rat Trap Pass. I better stop waffling…