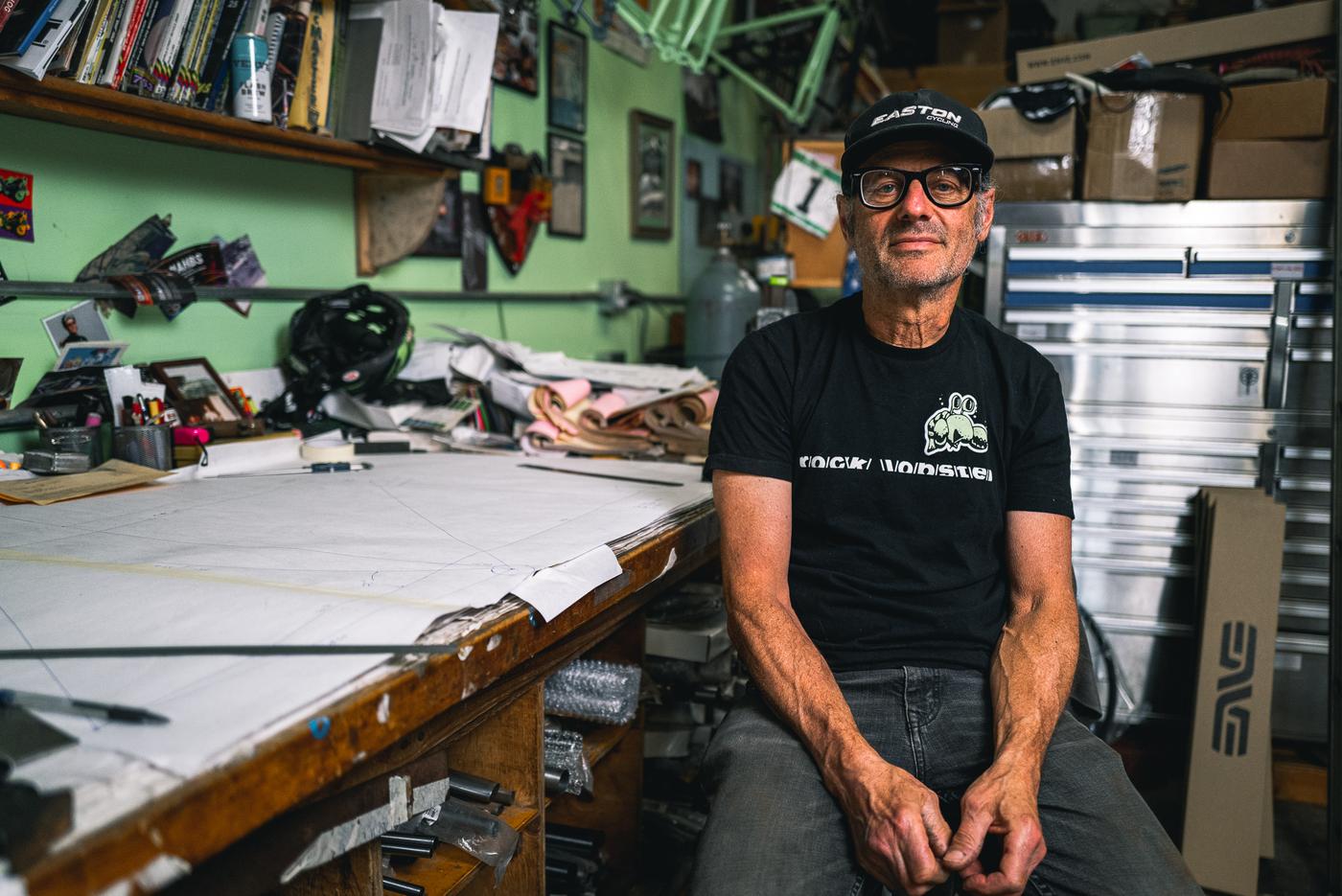 When Paul was in high school, he was captivated by cool cars and fancy Swiss watches that he’d seen on TV and in magazines. He also developed a love for cycling around this time. In his late teens, as Paul got deeper into cycling, and in particular long-distance endurance riding, his captivation of those other things changed. Some days, eighty miles into a 100+ mile, Paul says, “You could go into complete survival mode just trying to make it back home.” It was during these rides Paul came to realize there were more important things like warmth, food, hydration, and overall safety that came to the forefront in the moment. These experiences from the seat of his bike taught him that there were richer things in life other than cool cars and fancy watches. Instead of observing others who seemed cool and emulating that lifestyle, he was living life his way developing his own style. This, in part, is why Paul Sadoff is who he is as a bike builder today. Paul characterizes his approach to building bicycles as “Haute Neanderthal”. When he’s in the shop building, he describes the process as very primitive. 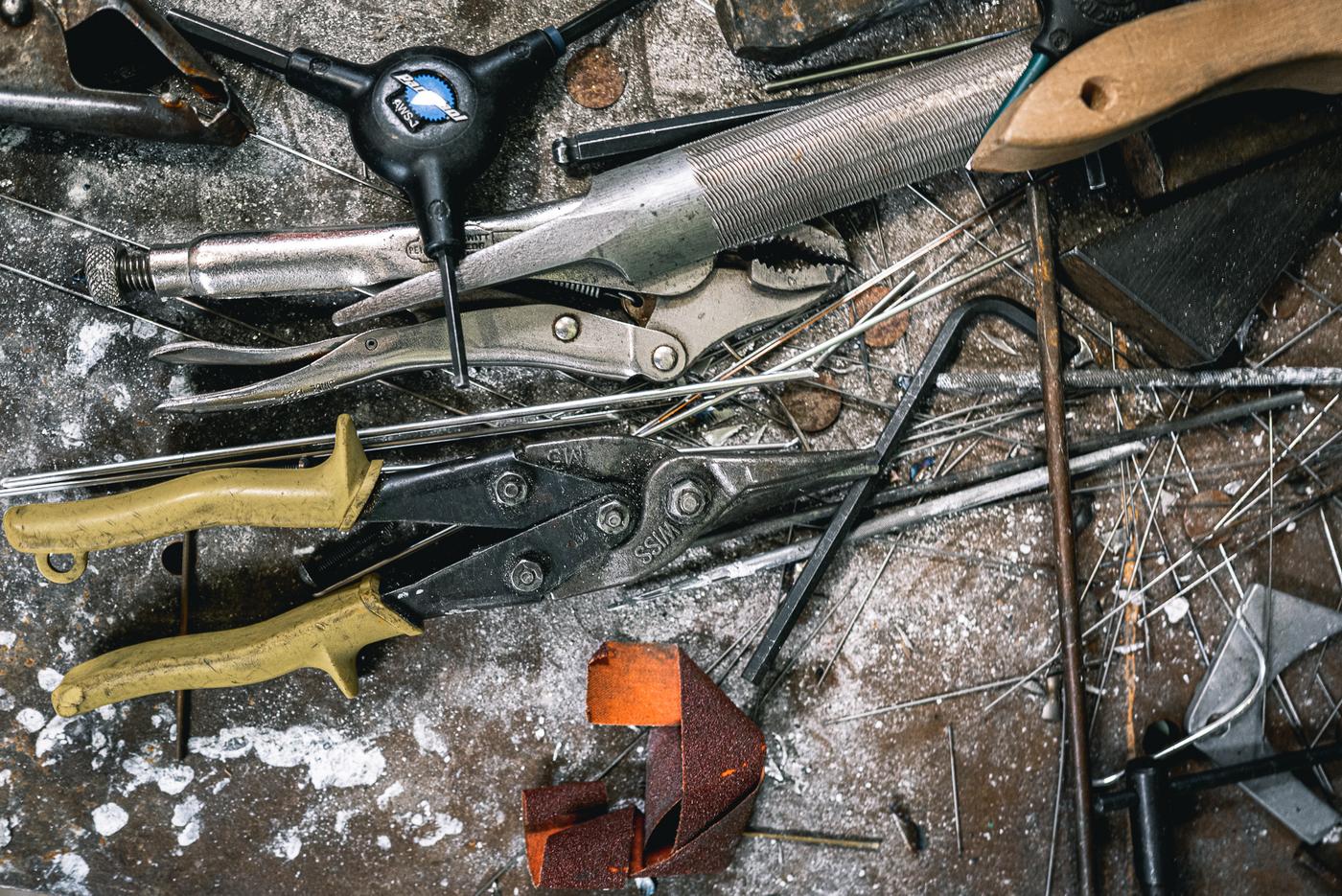 To put it in his own words, Paul told me:

“It’s almost caveman-like with cutting and joining raw materials together with heat. Anything can happen. You’re trying to tame these metals that do not want to go together by themselves. That is what frame builders get paid to do — put tubes together and make them into a bicycle. So we’re all like neanderthals, banging, hammering, and working with fire torching stuff.” 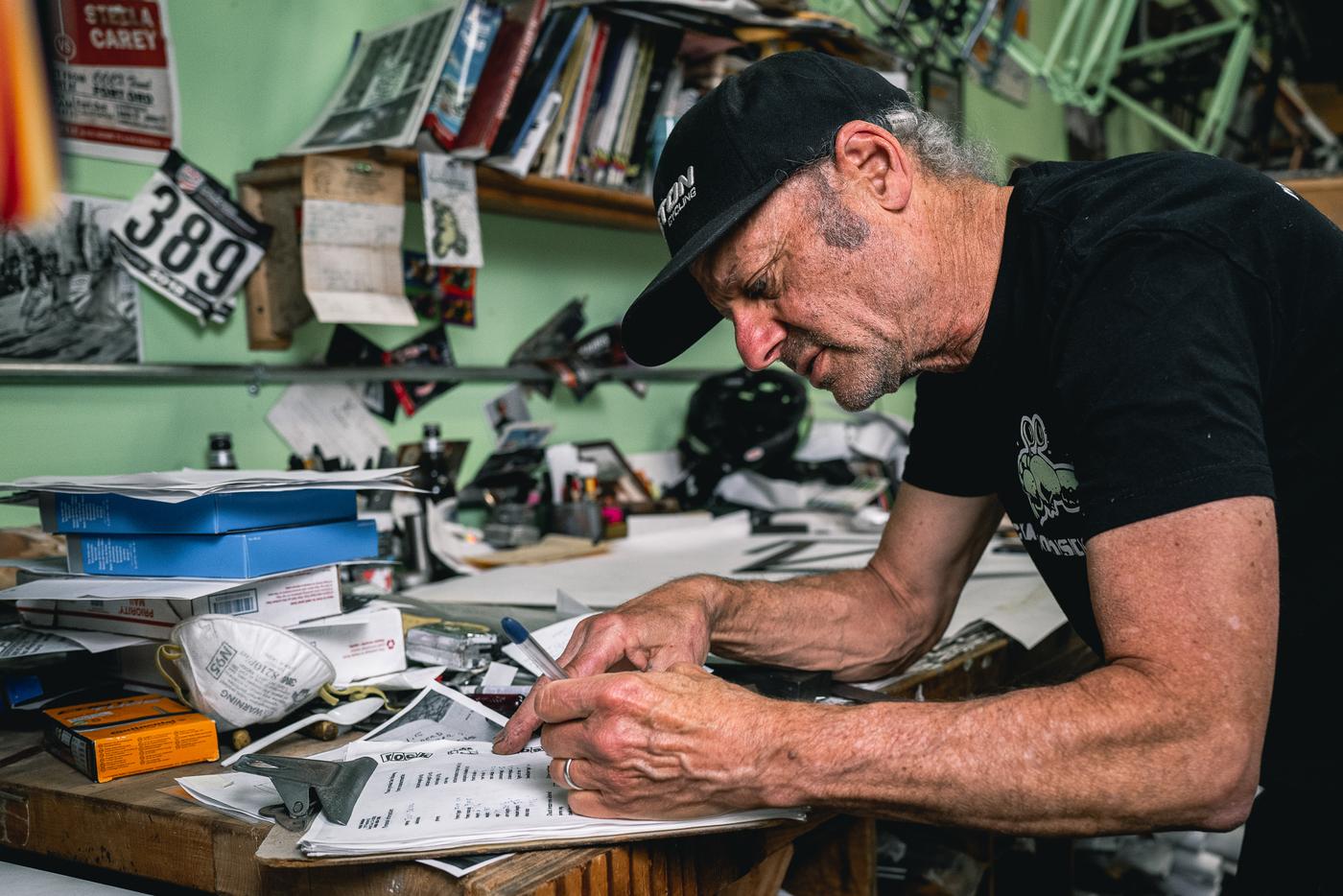 Paul’s style of building bikes similar to the way he lives life, his own version of minimalism. Nothing is overly fancy or elegant, just functional. His bikes are built well and ride well. He doesn’t use Autocad or have the latest and greatest state of the art technology. Orders are still handwritten, and then your name is added to the eight-month waitlist on a whiteboard that hangs in the shop. When it’s your turn for your frame to be started, plans are drafted, drawn-out with pencil and paper, tubes are cut to length, mitered down, and put into the jig to be welded up to eventually be animated and articulated by the rider. 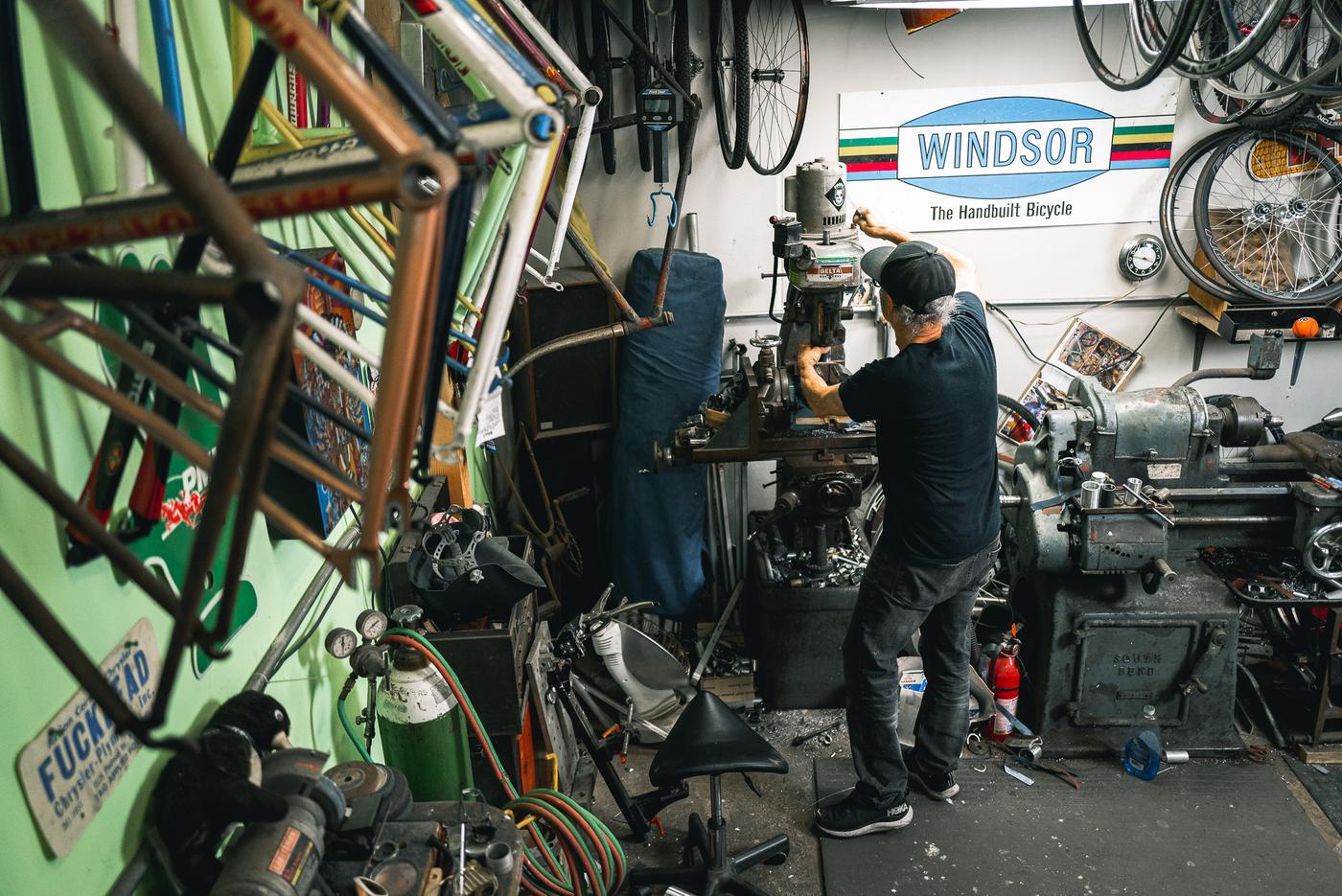 The seafoam green walls of the shop are covered with bikes, wheels, parts, guitars, old dusty kits, posters, tchotchkes, and more bikes. Every time I step foot in there, I notice something that I hadn’t seen the time before. One of my favorite parts about visiting Paul at his shop is the music. If it’s working, the tape player always has something playing that I either haven’t heard in a long time like The Dead Milkmen, or something that practically defines esotericism like Rin Eric. Fun fact about Rin is that after Paul had played guitar for nine years by himself, Rin was one of the first people he ever jammed with in the late ’70s. That was back when Paul was tired of working in bike shops and tried to become a professional musician instead. 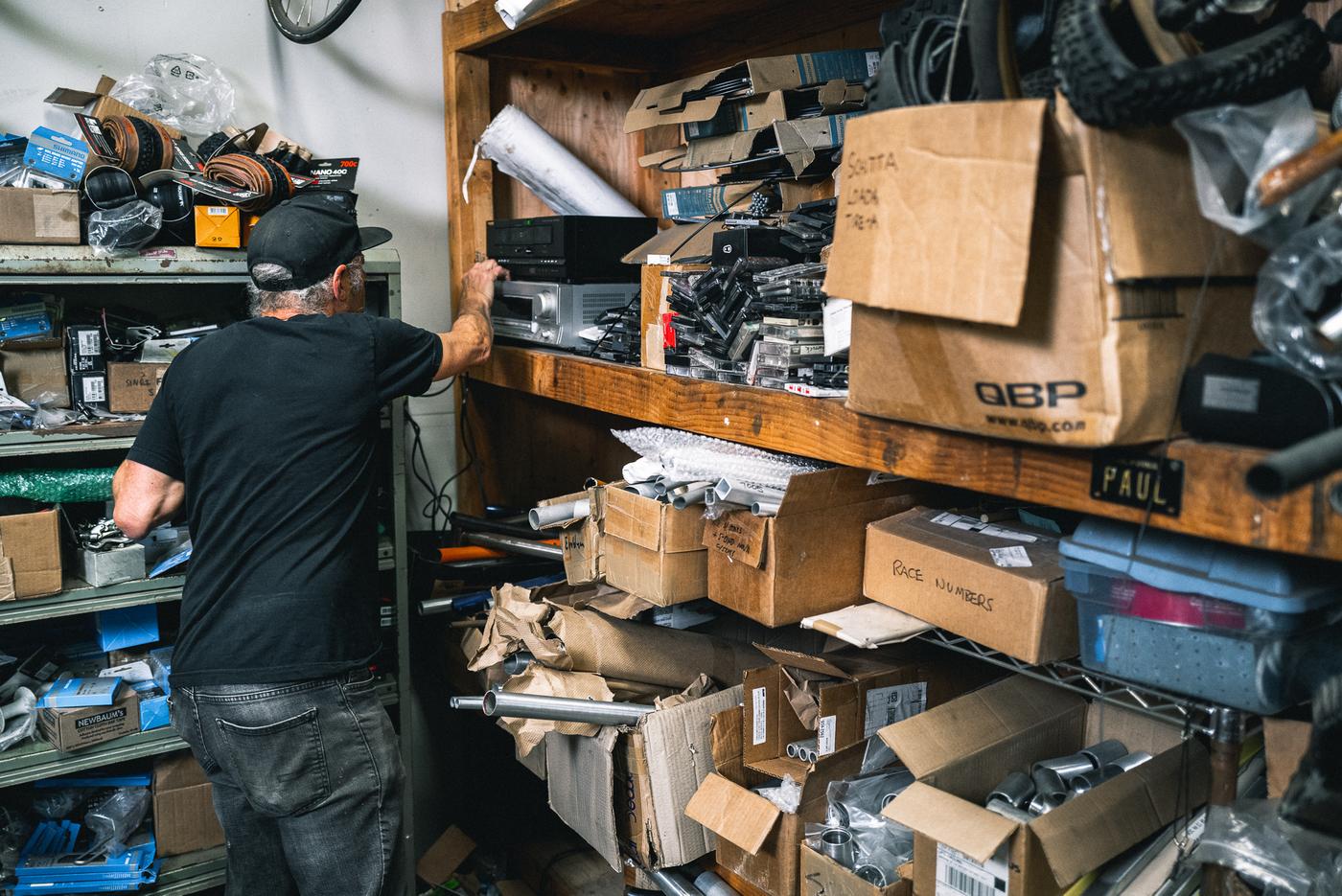 If you have ever raced in a Rock Lobster Cup, or Surf City CX, you’ve probably had the pleasure of hearing his own version of the National Anthem played on the electric guitar. Paul’s guitar style emulates late 60’s straight head blues, with a mix of Hendrix. While continuing on a path towards becoming a professional musician, and also working in bike shops, Paul began to experiment with building his own frames. In 1978, Paul built his first bike frame, then began building in his garage as a hobby, which eventually led to building full-time in 1988. Around 1992, Paul got his first set of Easton tubes, but at the time he did not know how to weld aluminum. He joined forces with Ted Tanouye of Chumba Bikes, designing and mitering bikes, while Ted welded up Paul’s first Easton Elite mountain bike. 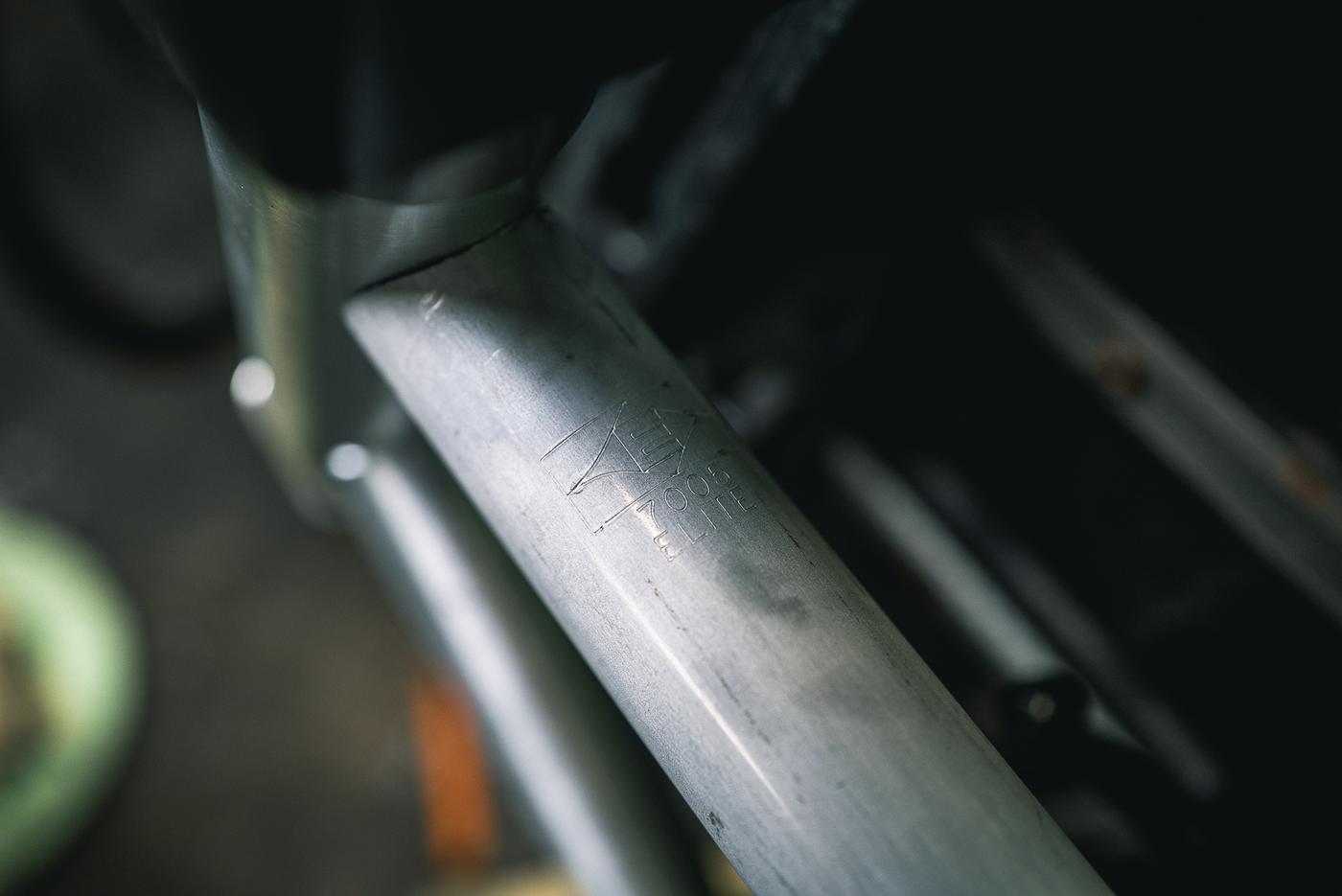 By the early 2000s, Paul’s relationship with Easton was starting to develop. They were sending him prototype tubing to test and experiment with. Some of these bikes Paul built were raced in UCI races around the country, and even in a few world championships. In 2004, Paul formed the Rock Lobster cyclocross team with Easton as one of the main sponsors. With Easton making high end, meticulously designed, cutting edge components, and Paul building frames like a neanderthal, this unlikely partnership grew into an esteemed tradition of handbuilt bicycles competing at the highest levels of

the sport. Combined together, they make one beautiful shreddy bicycle awaiting a rider to bring it to life. 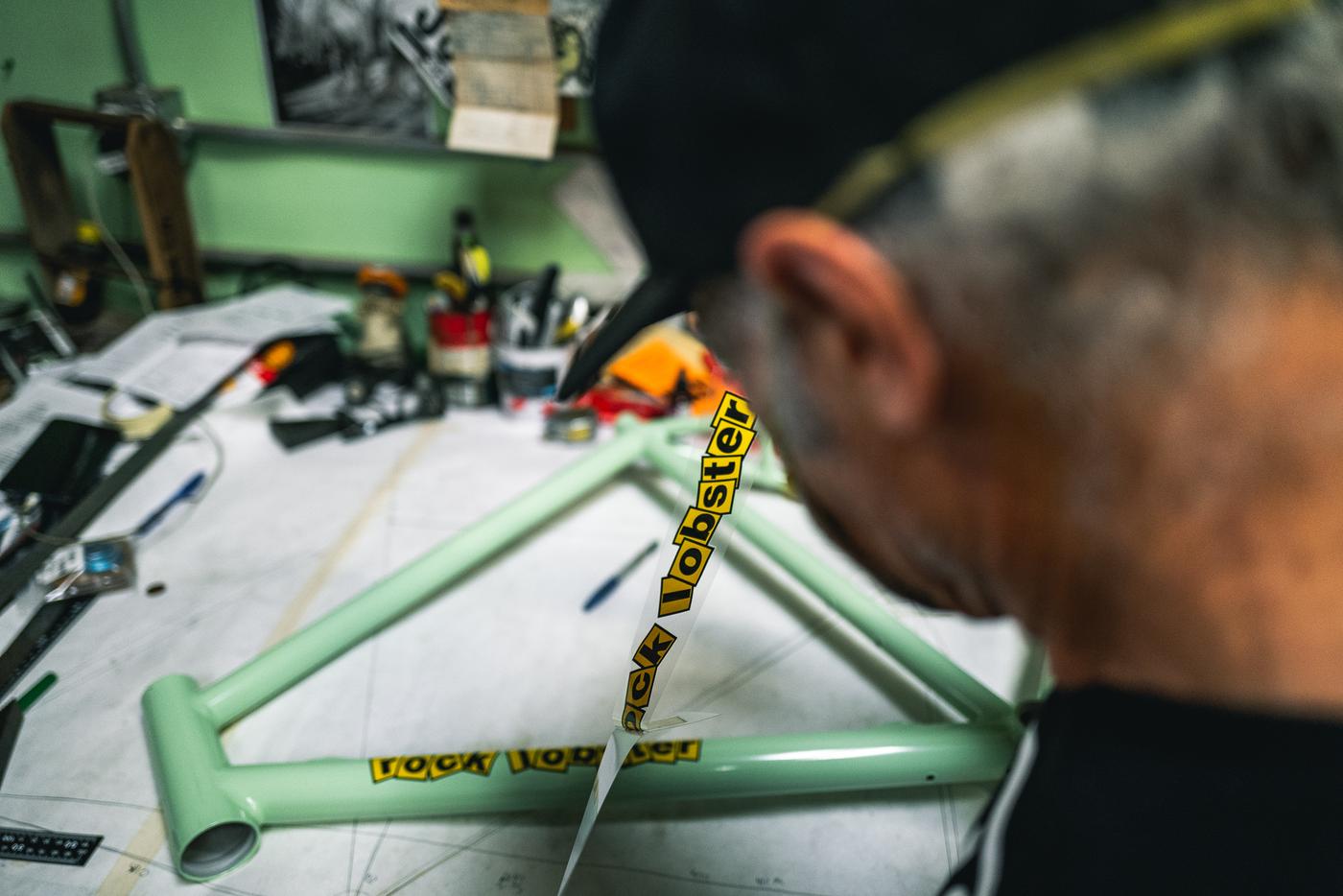 Nowadays, Paul builds roughly 100 frames per year for people around the world. A handful of those go to the Rock Lobster Cyclocross team, which I now get to carry on the colorful tradition of cross racing and adventure riding. 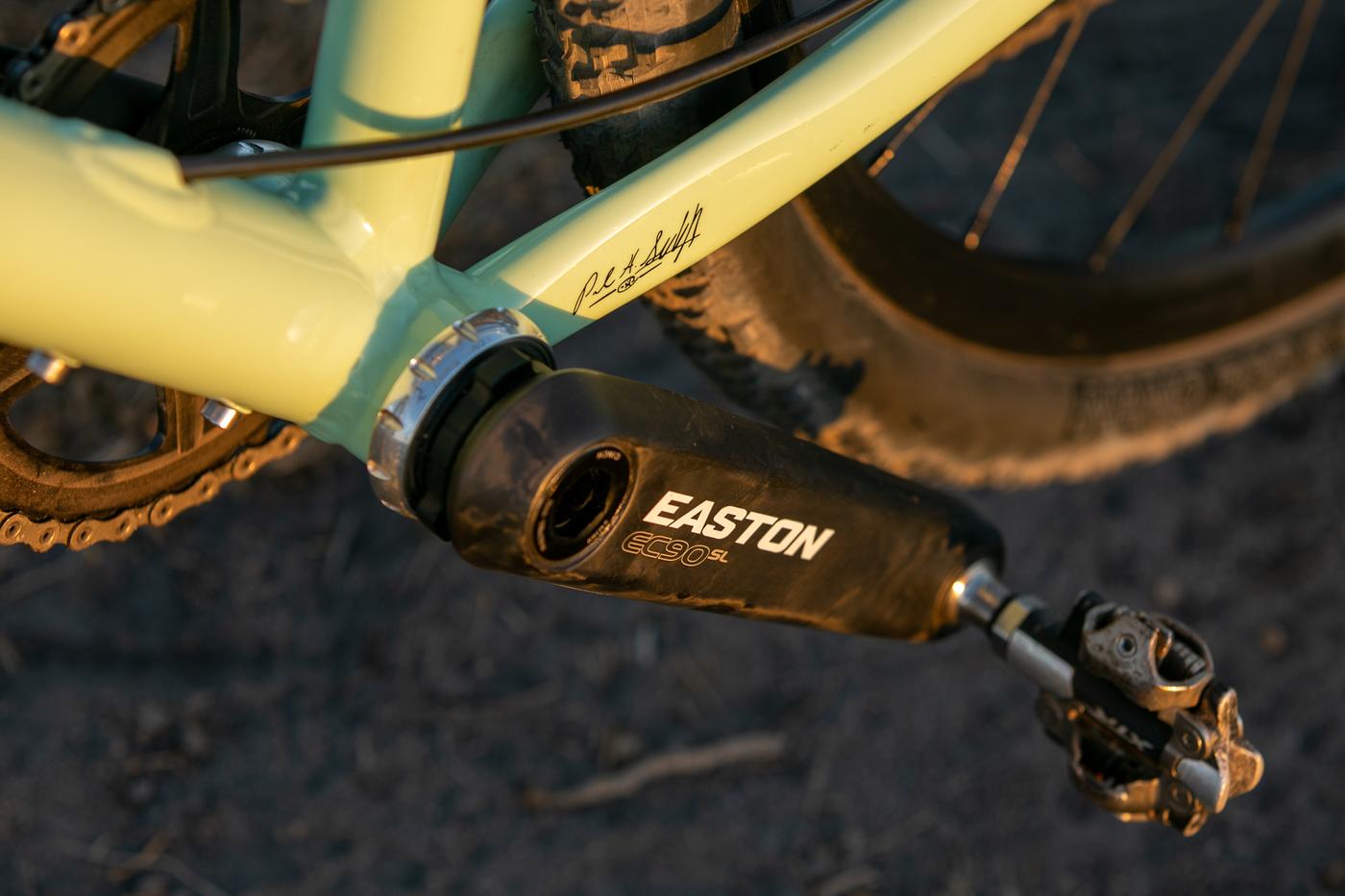 On the last day of shooting as Paul was assembling my bike, he walks over to the cassette player and pops in a tape of himself belching Christmas songs and says to me, “It’s new bike day for you, so basically it’s Christmas” 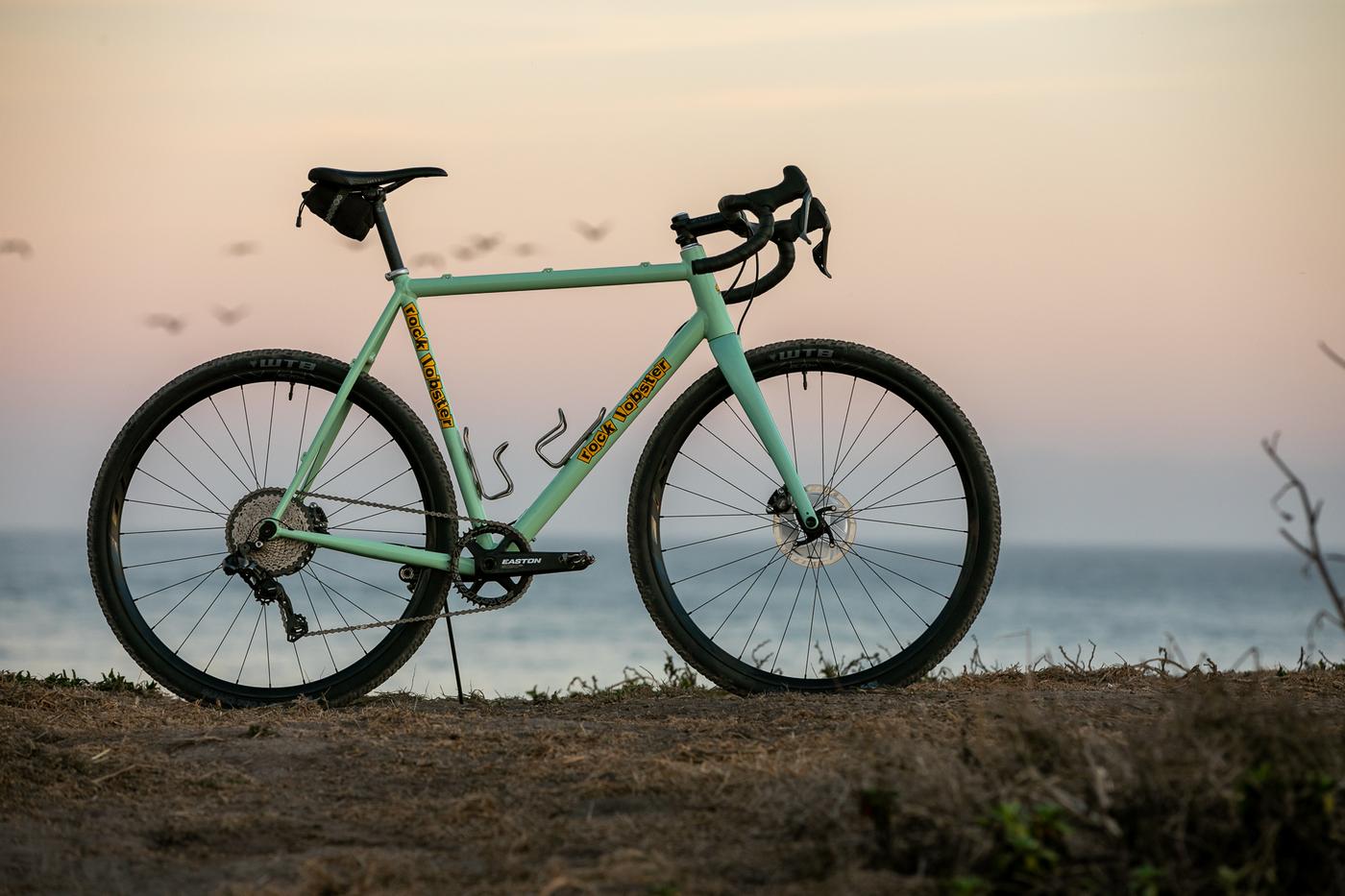