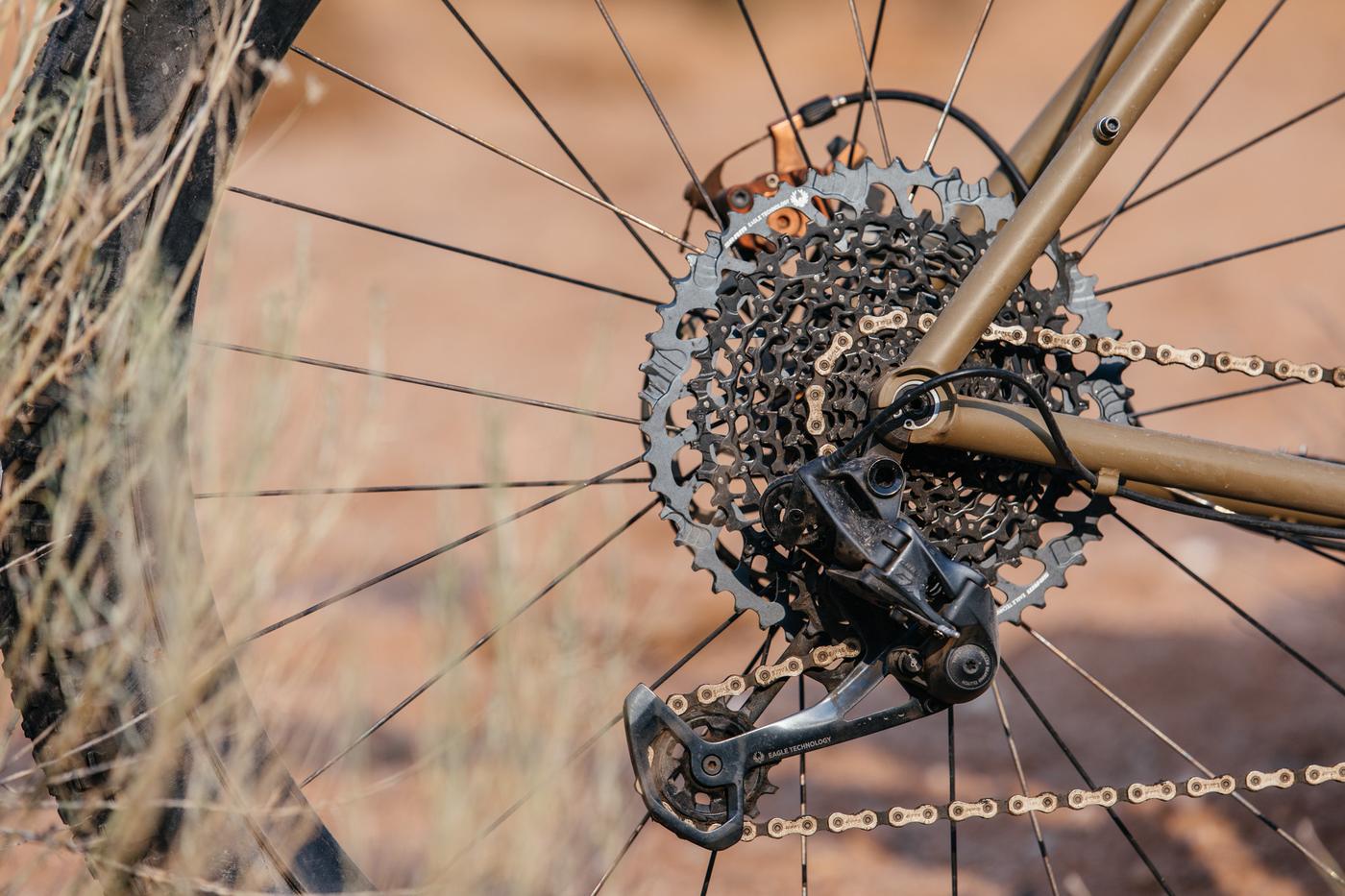 We often joke that Eagle GX killed the singlespeed MTB and by “we” I mean myself and Bailey Newbrey, someone who knows a lot about SSMTB riding and racing. Using Bailey in this opening sentence is relevant for a number of reasons and yes, it also legitimizes that statement in many ways. While this won’t be a history lesson in SSMTB riding, it does mull over the antithesis of that, SRAM’s Eagle GX drivetrain.

I’ve been riding the new Eagle GX with its massive 52t cassette for a few months now and have finally flogged it enough to be able to write an honest review of this system, so read on below. 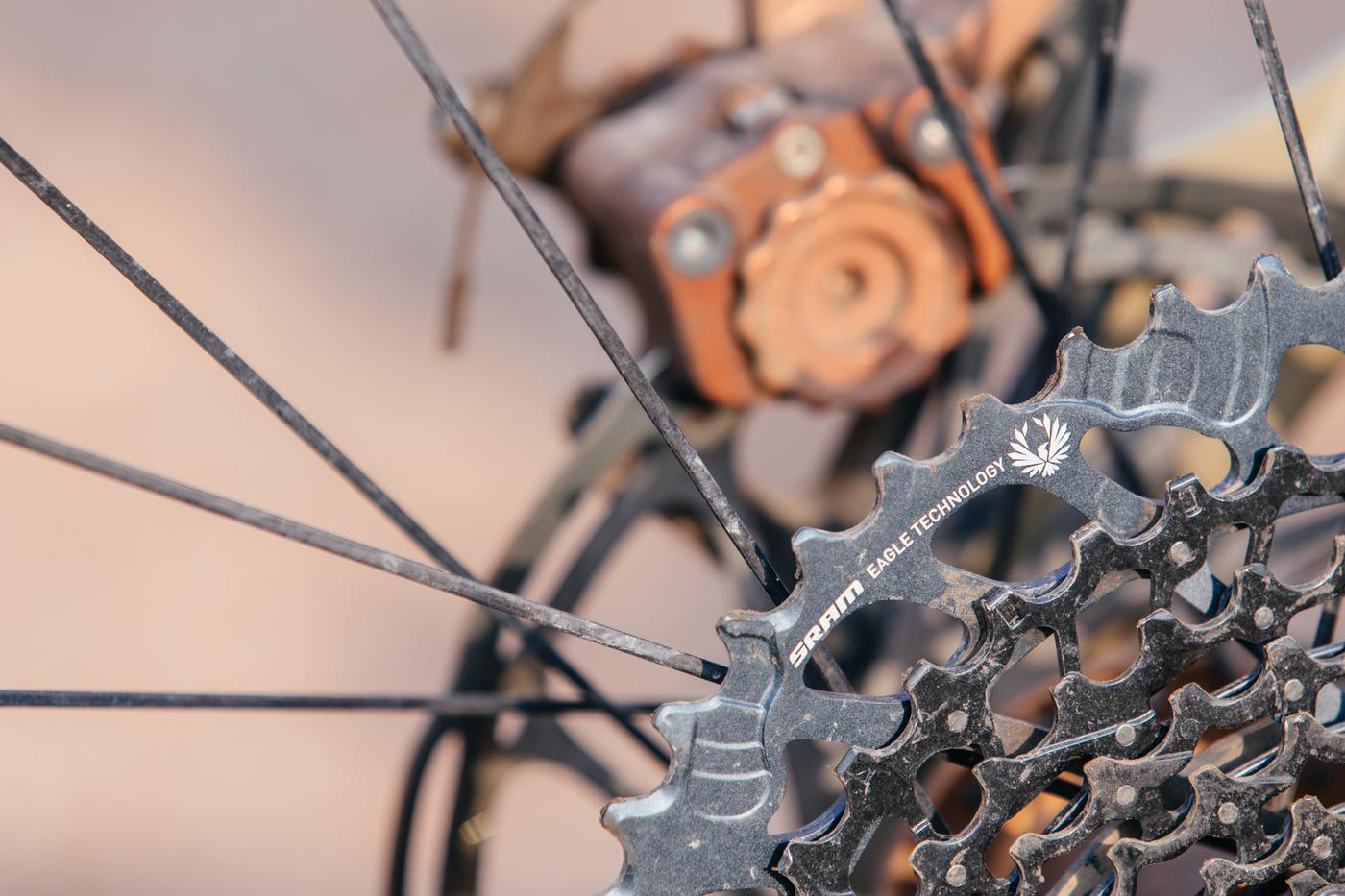 GX is not the cheapest tier in the Eagle family but I feel like it’s the best compromise, pending a few notes. For the cheapest, look to NX and SX Eagle kits. GX is however, cheaper than its electronic family member XX1 AXS, and the mechanical counterparts, XX1, XO1 Eagle. To give you a point of reference, an “acoustic” XX1 Eagle groupset will run you $1,500, whereas a GX Eagle groupset is $545. Yet, many people won’t need the entire groupset. 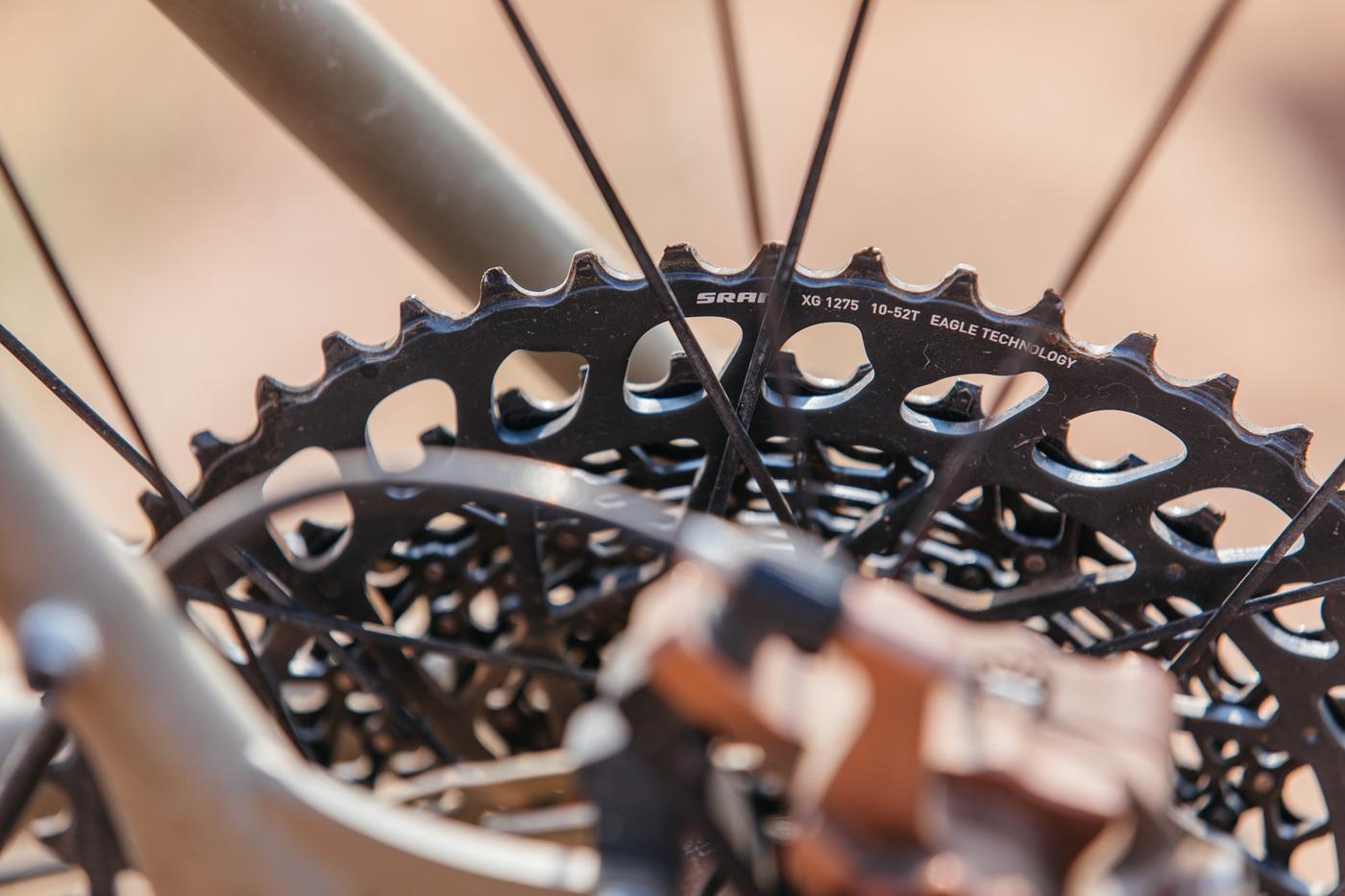 The noticeable thing differentiating the GX Eagle group from the XX1 and XO1 is the weight of the cassette. The XX1 Eagle 10-52t cassette weighs in around 370-ish grams and costs $449, whereas the GX cassette comes in at 450-ish grams and costs $215. 80 grams ain’t going to break your back at all, but it’s worth noting. Do I think 80 grams is worth the extra $234? No way. This bike had a XO1 kit on it for the Chris King Open House show, which I removed in lieu of the GX kit and it’s staying like this. 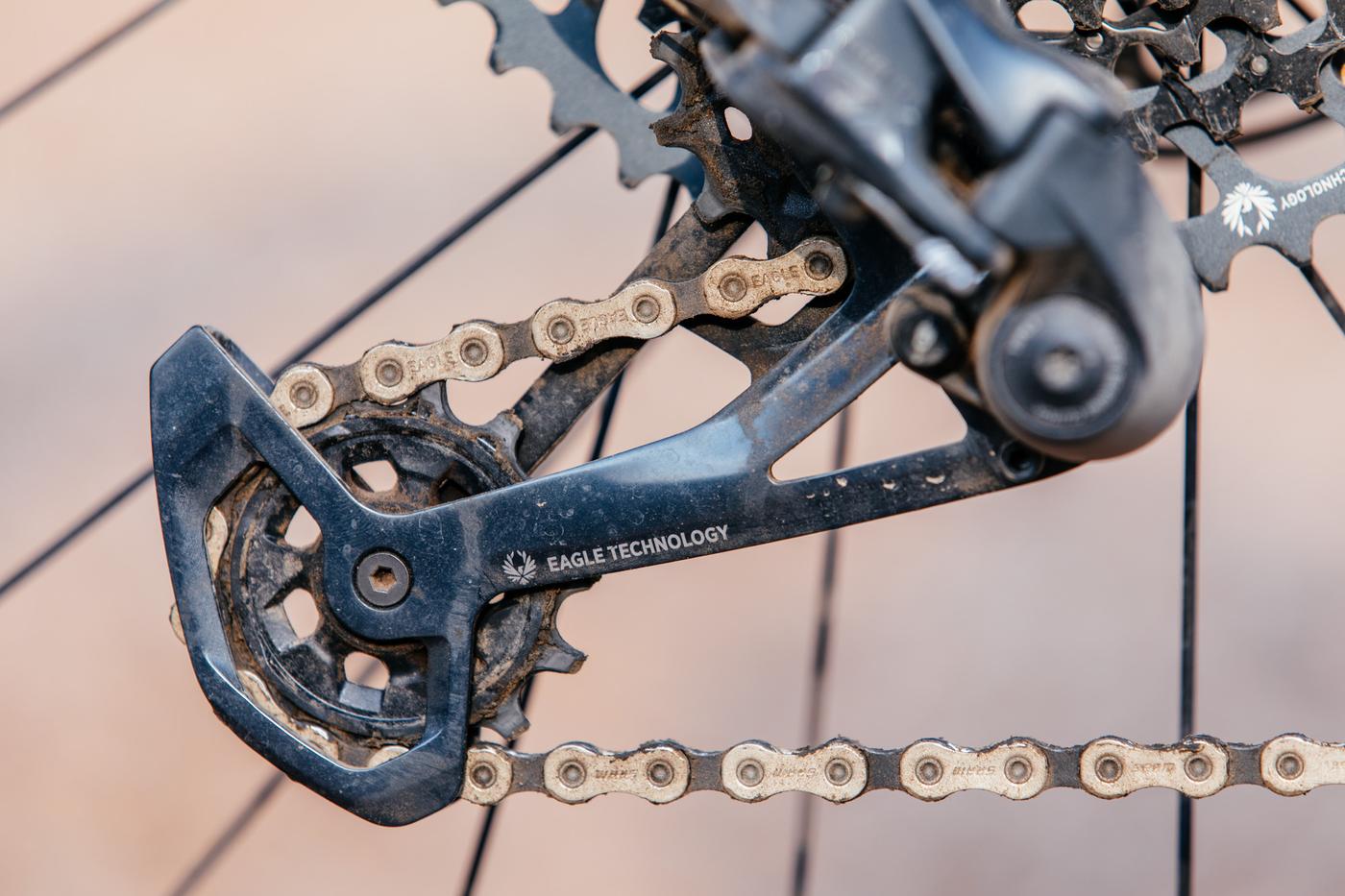 The entire Eagle kit is cross-compatible. You can save money on the GX shifter, save weight on the XX1 cassette, keep your 12-speed cranks, and run a GX derailleur. The Eagle ecosystem is open to hybrid part kits. 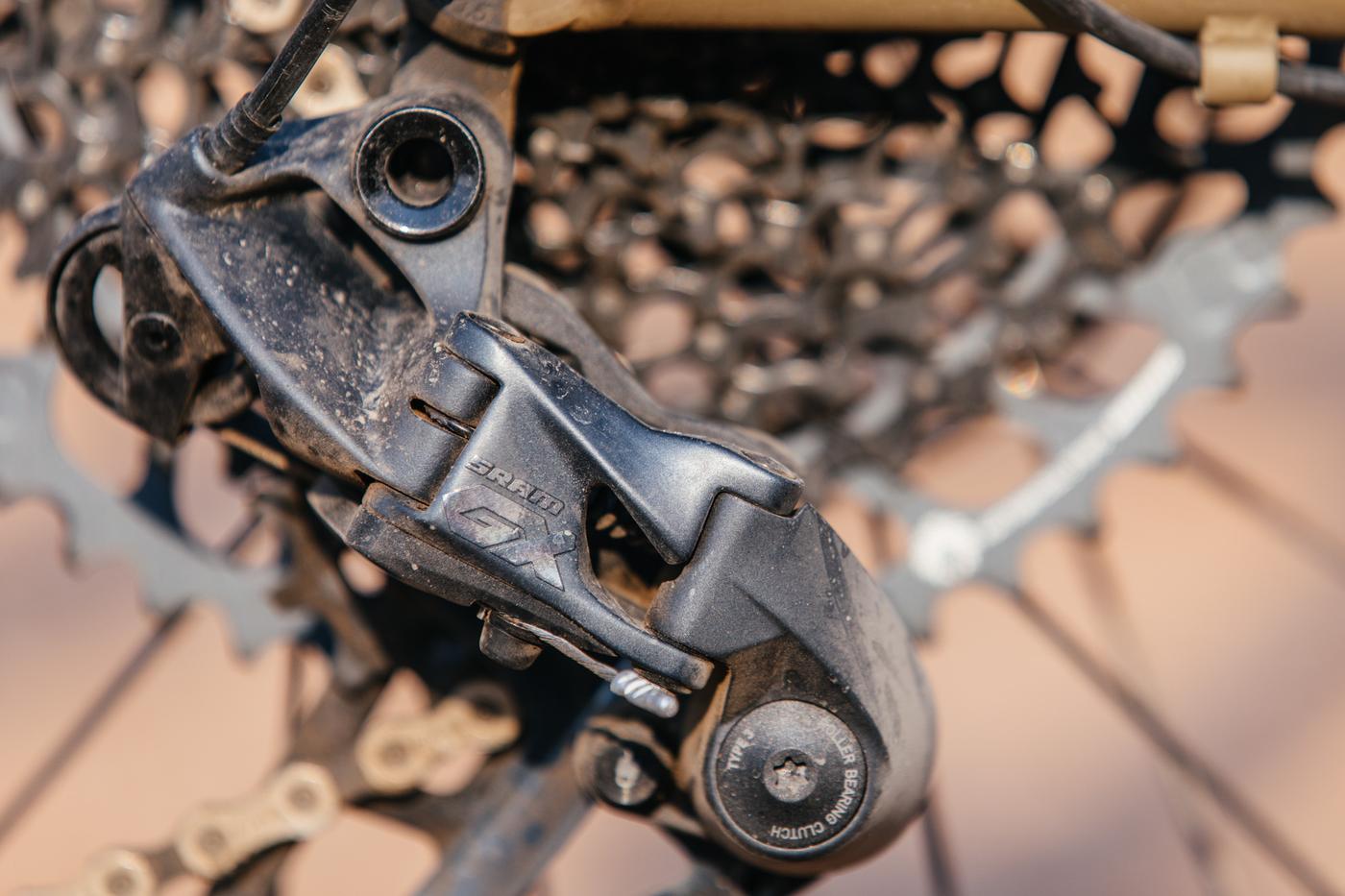 My number one question I field with this group is “how’s it shift?” and the answer is, just as clean as XO1, in my experience. I wanted to really ride this group, putting in miles as a loaded tourer and just as a fun trail bike. I’ve taken it bikefishing multiple times, on S24O rides, and on the in-town trails. Where it really shines is shifting under load, fully-loaded. 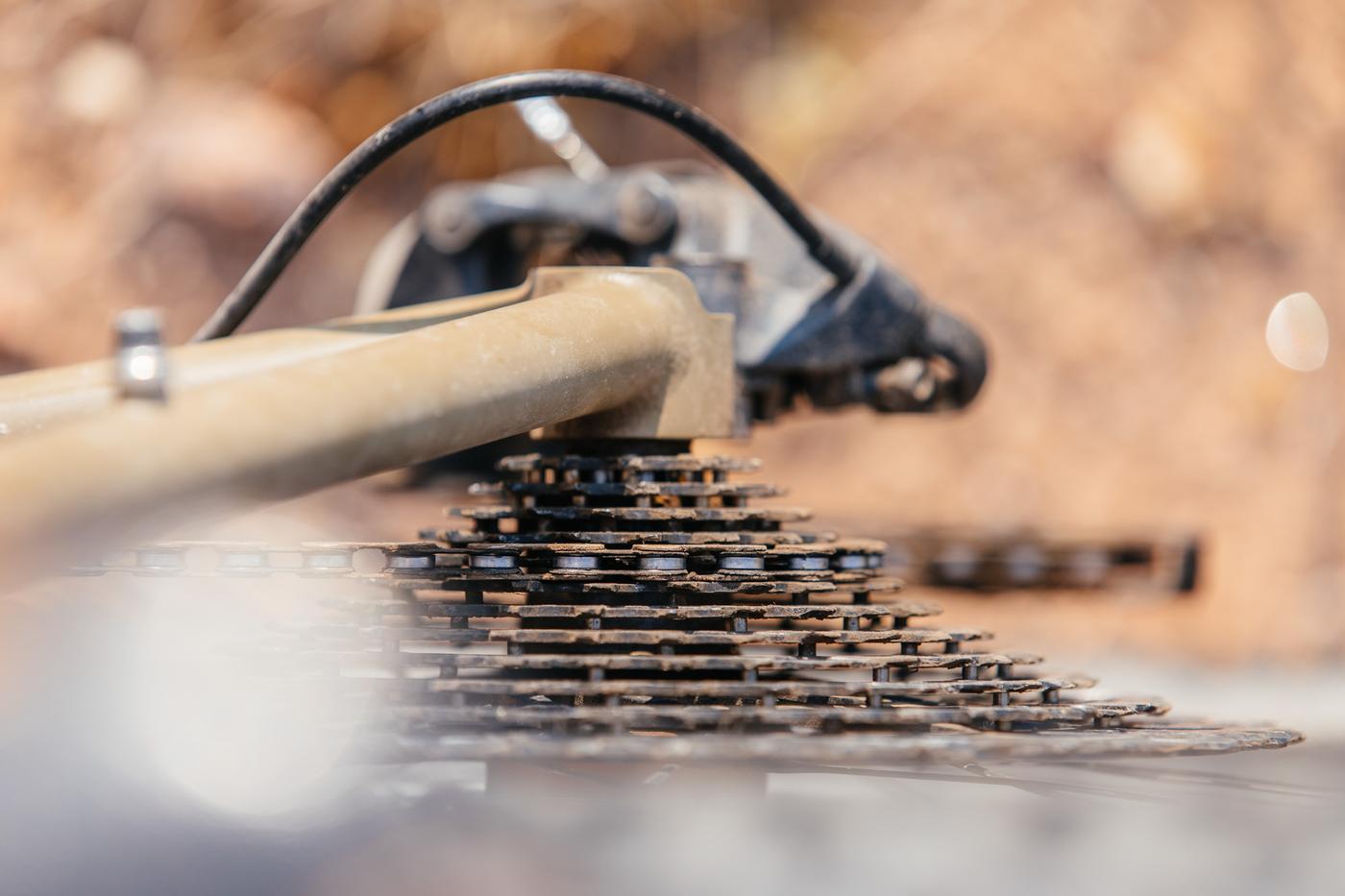 Eagle takes a bit getting used to when shifting, particularly in the higher end of the cog. Jumping to 52t is a large step-up, yet I feel like when it’s needed, it’s a favorable boost. Sometimes, the pitch spikes up while climbing singletrack and hopping off a loaded bike isn’t always the easiest when you’re on bench cut trail. I’ve ridden the same trail loaded with the predecessor 50t and now this updated 52t and yes, it makes a difference. My front chainring is a 28t, for added spinning. Clearing tight switchbacks on a loaded bike is a great sensation. 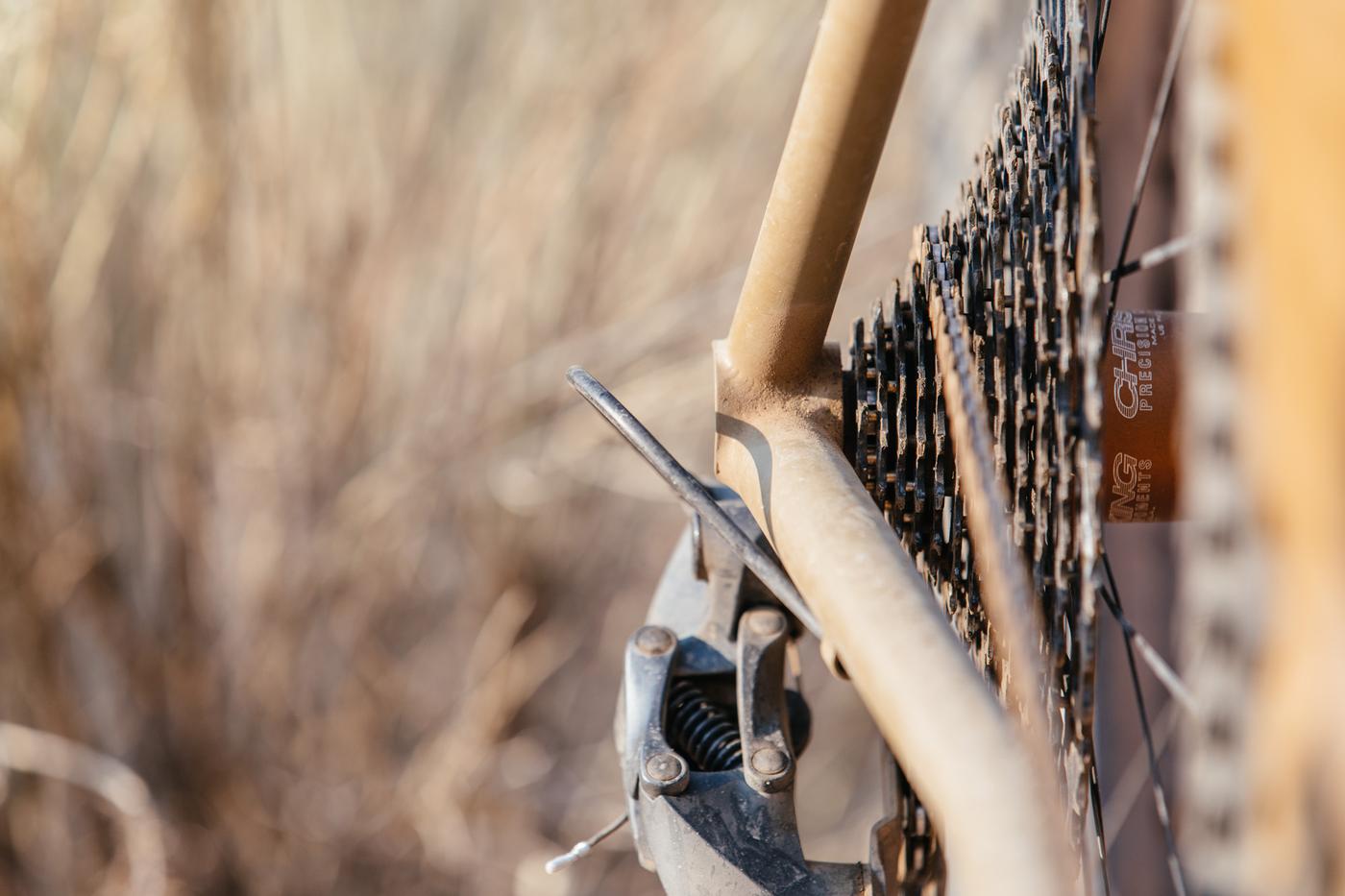 Even after a couple hundred miles of riding, the Eagle GX still shifts smoothly, even under load. Whereas my XX1 bike – my Starling – seems to be a bit more finicky with dialing it in after riding for the same amount of mileage. 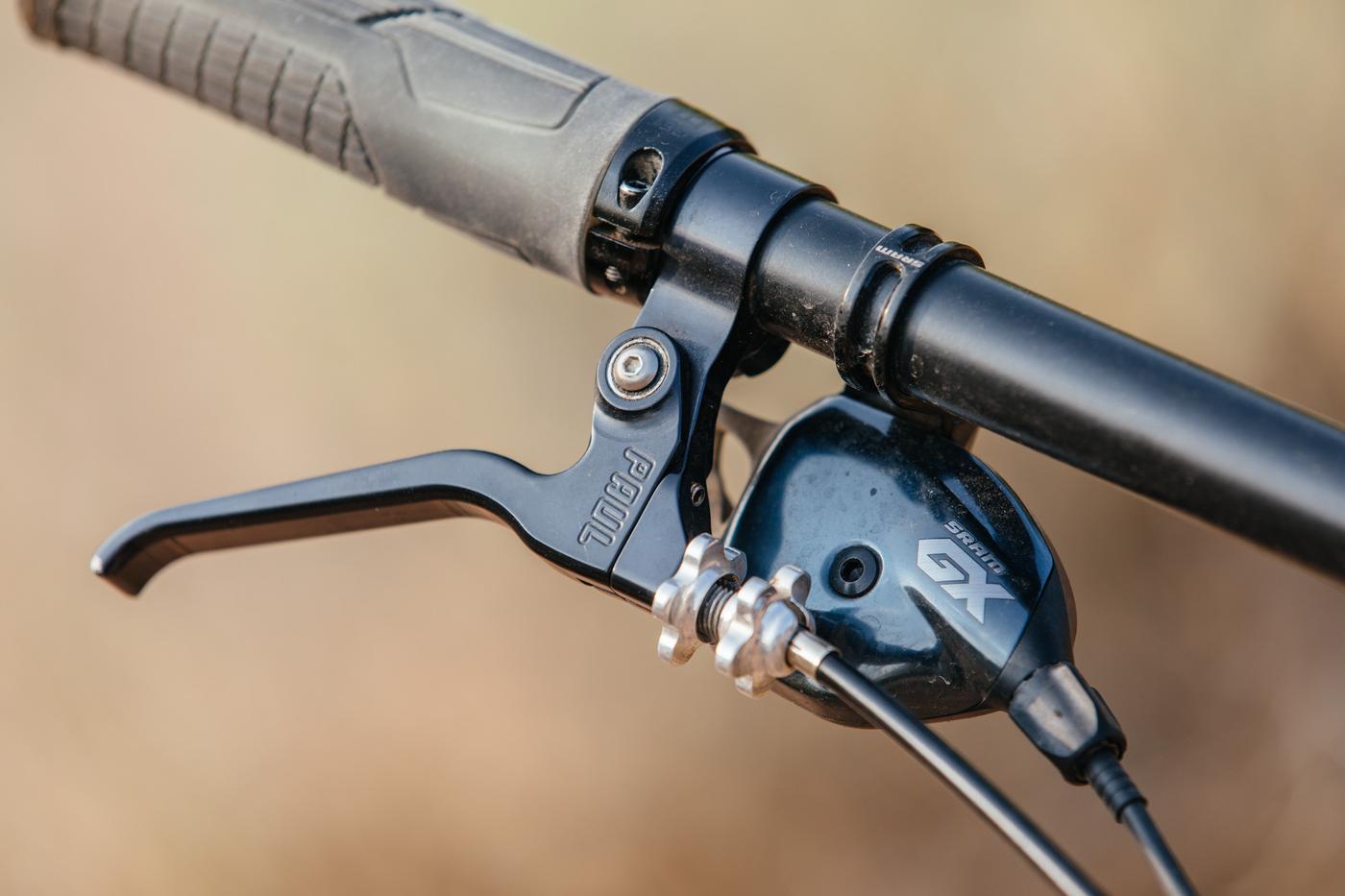 Looks matter and the new GX kit looks sleek and minimal. For those seeking more bling, the XX1 kit comes in a copper, rainbow, and gold finish. Yet, for some bikes, a black groupset just disappears. 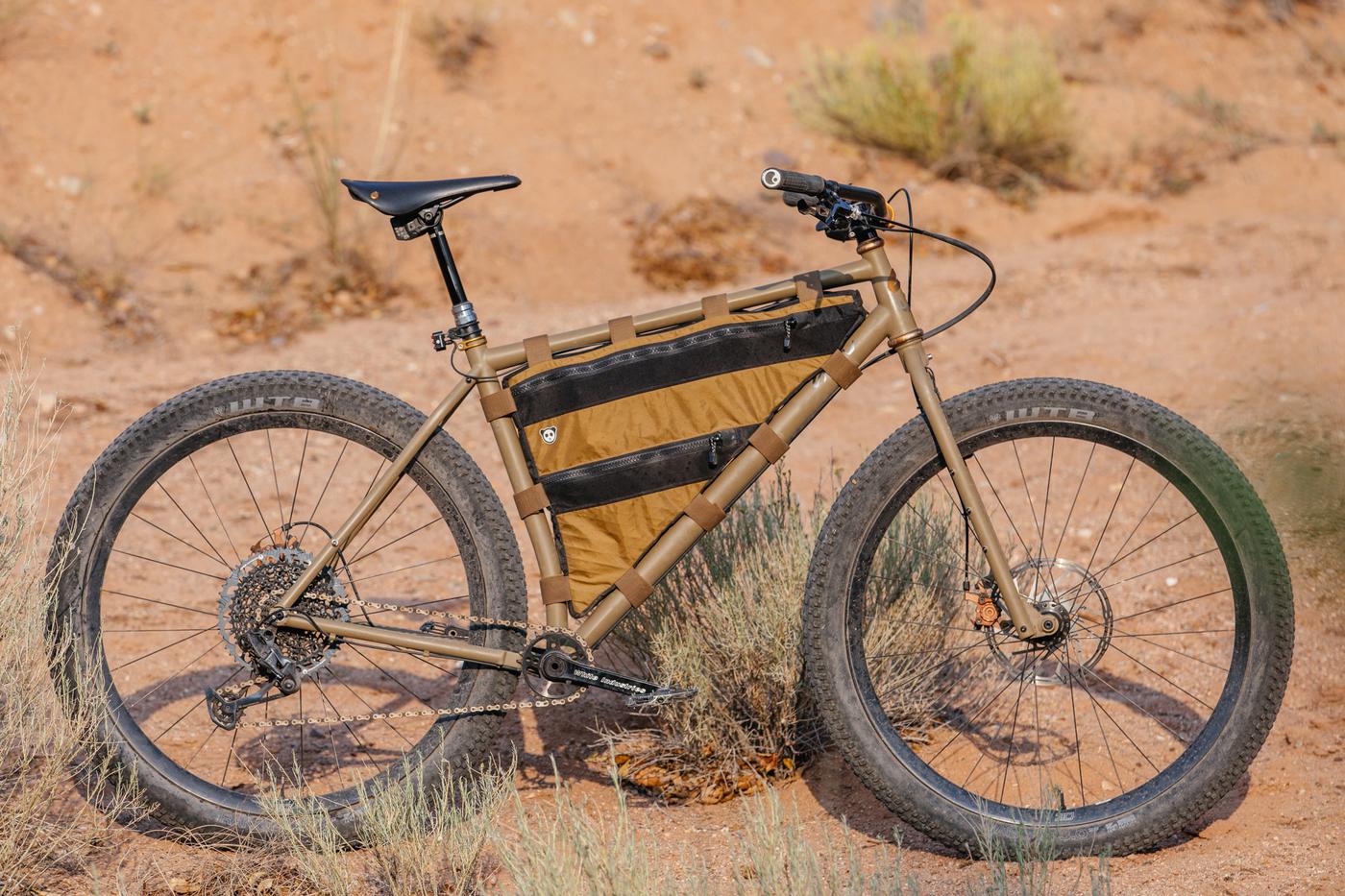 I used to roll my eyes every time a component manufacturer rolled out a new, higher gear groupset, but I feel 12 speeds and a 52t cassette is more than enough for most riders, especially if you can ride a smaller chainring up front. Cari, my partner, has Eagle on her Elephant NFE and it’s been a game changer for her, moving away from a 2x setup. She comments on how simple it is to shift on surprising spikes in grade and how around town riding is equally as simple. For me, Eagle has been around long enough that the quirks are resolved and now the litmus of performance/price is GX. Anything more than that is just for show. 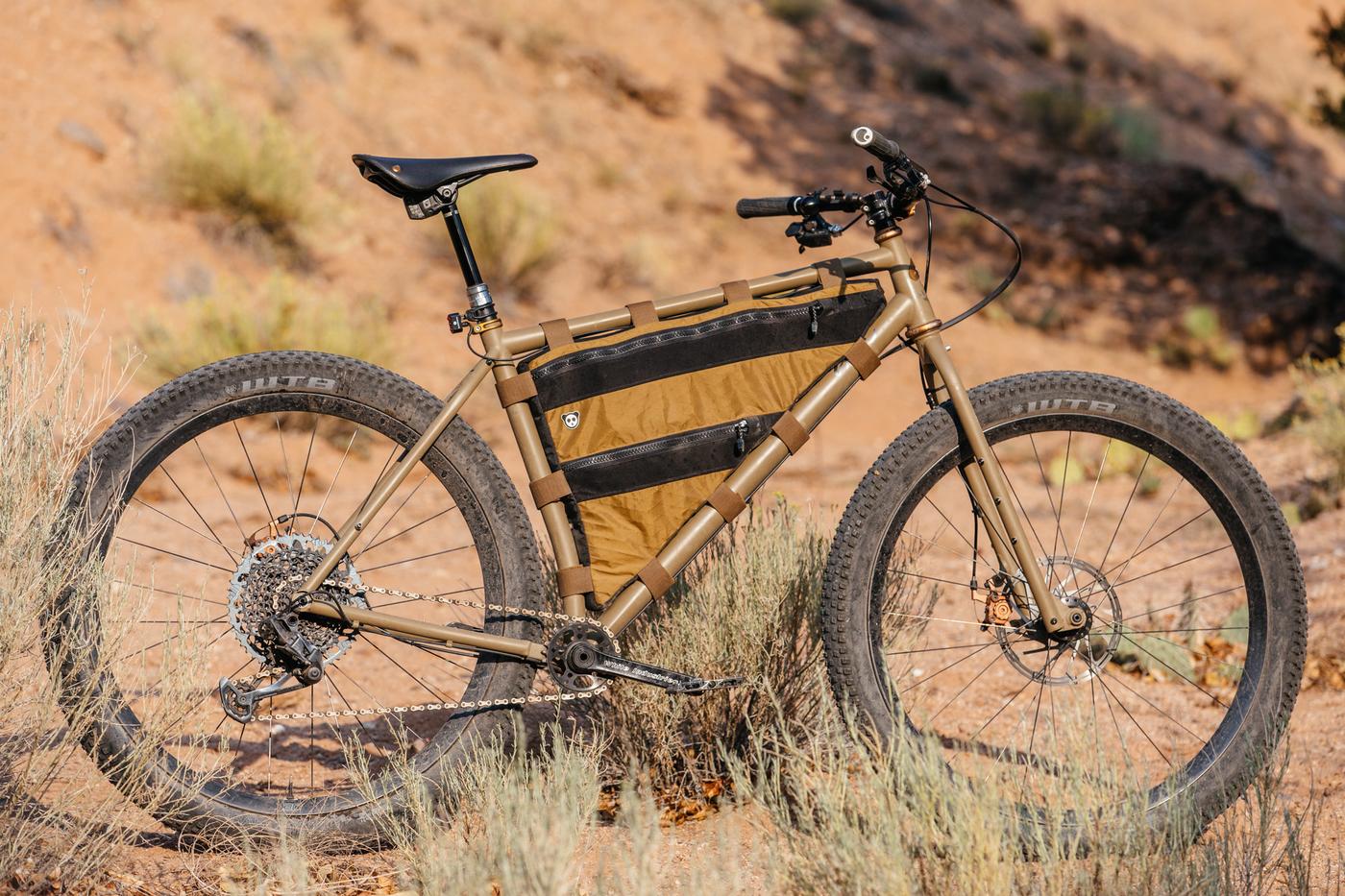