The frame was designed with the riding around Santa Cruz, California in mind. What he received from John Caletti is a titanium frame that clears 2.6” tires with ease. It’s dropper and front suspension ready. 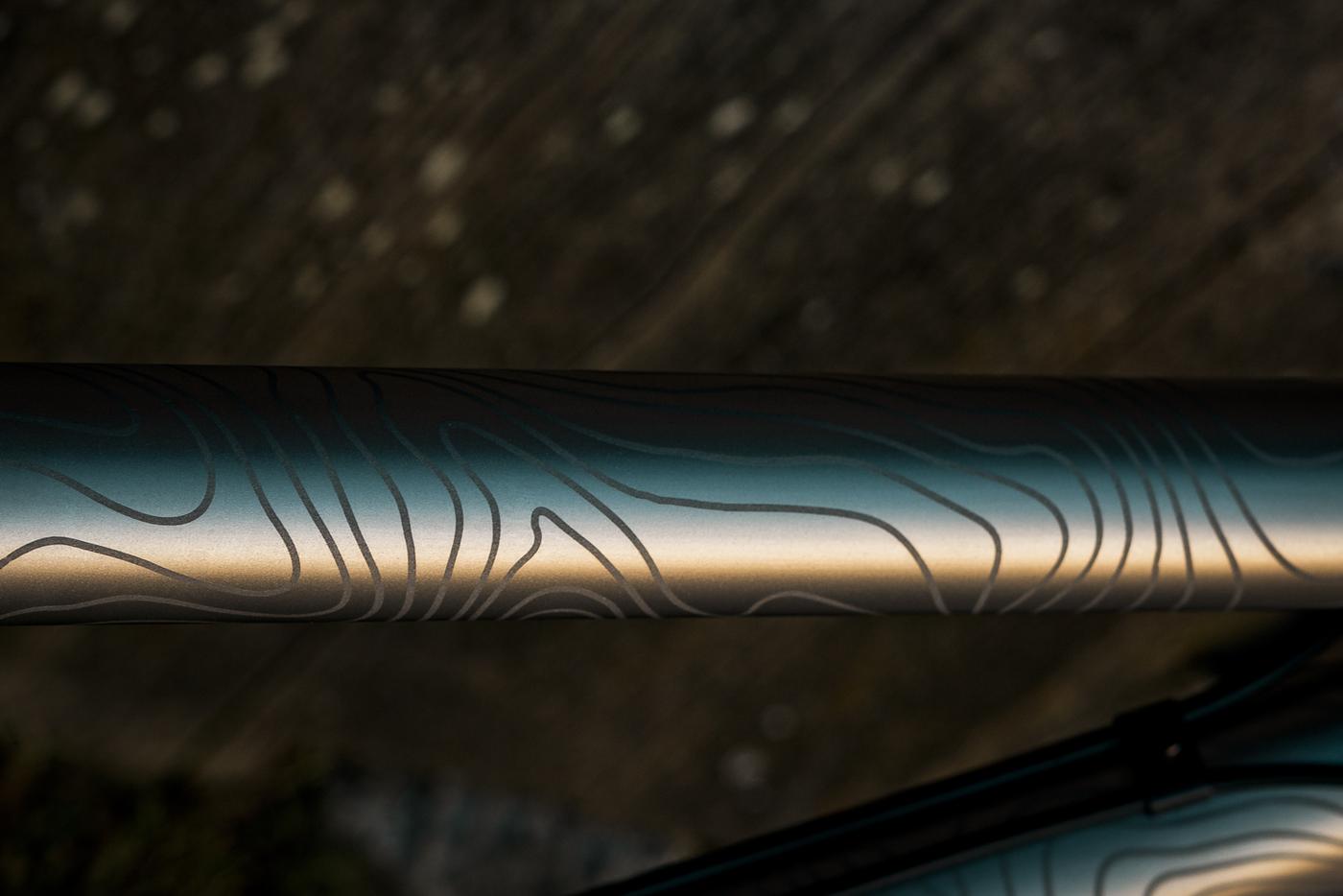 For the finish, Chris chose a media blasted topo pattern over the top of the Caletti logo, which is anodized champagne to compliment the tans and browns of the bike. Those King Cage titanium bottle cages are blasted and anodized to match the frame. 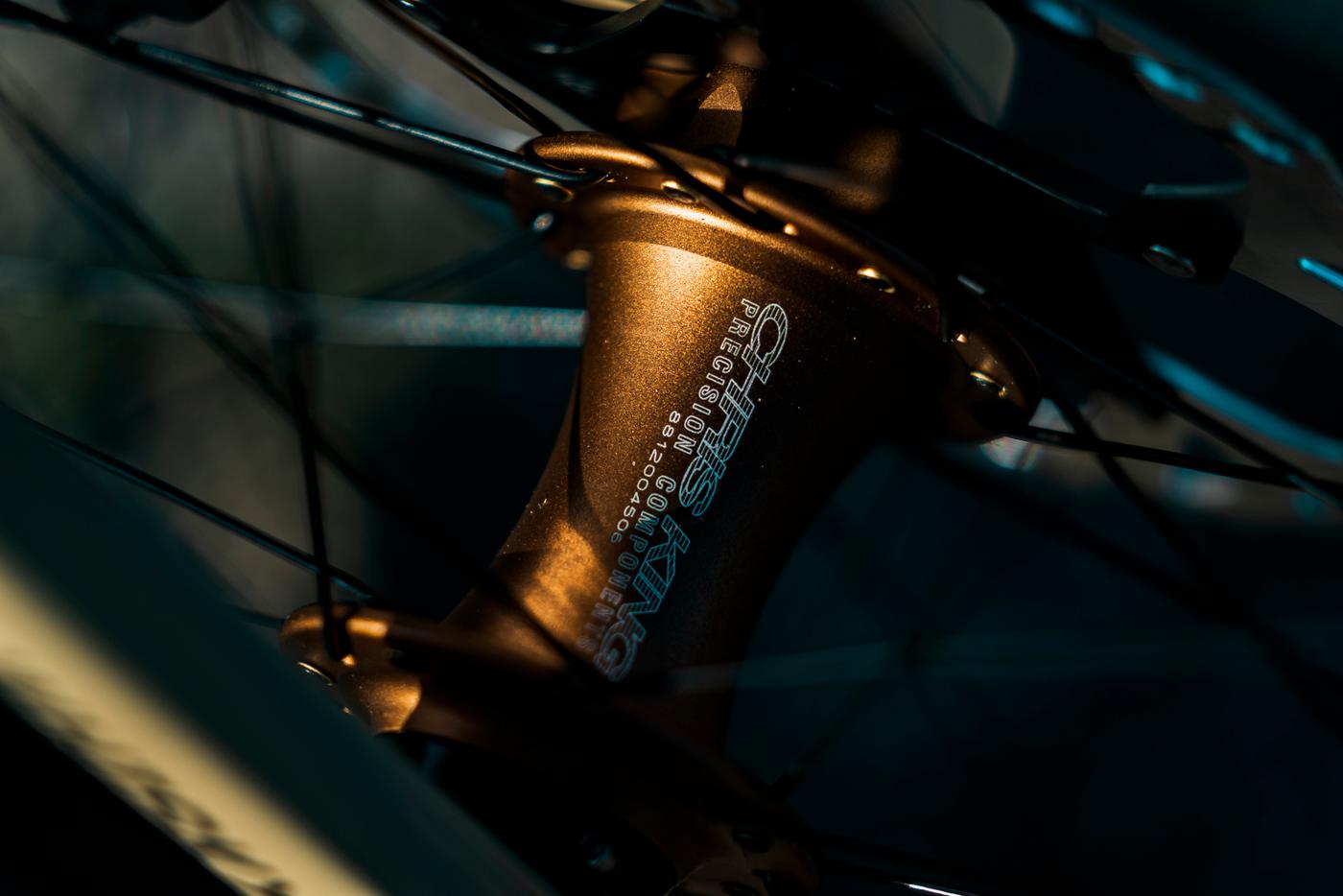 This frame is rolling on custom wheel builds by Harry Gurnee at Spokesman Bicycles. He’s been building Chris’ wheels for the past 18 years. As you know Spokesman is the best bike shop in Santa Cruz hands down. Those wheels are wrapped with a Teravail mix match Honcho and Ehline 29×2.6 tires 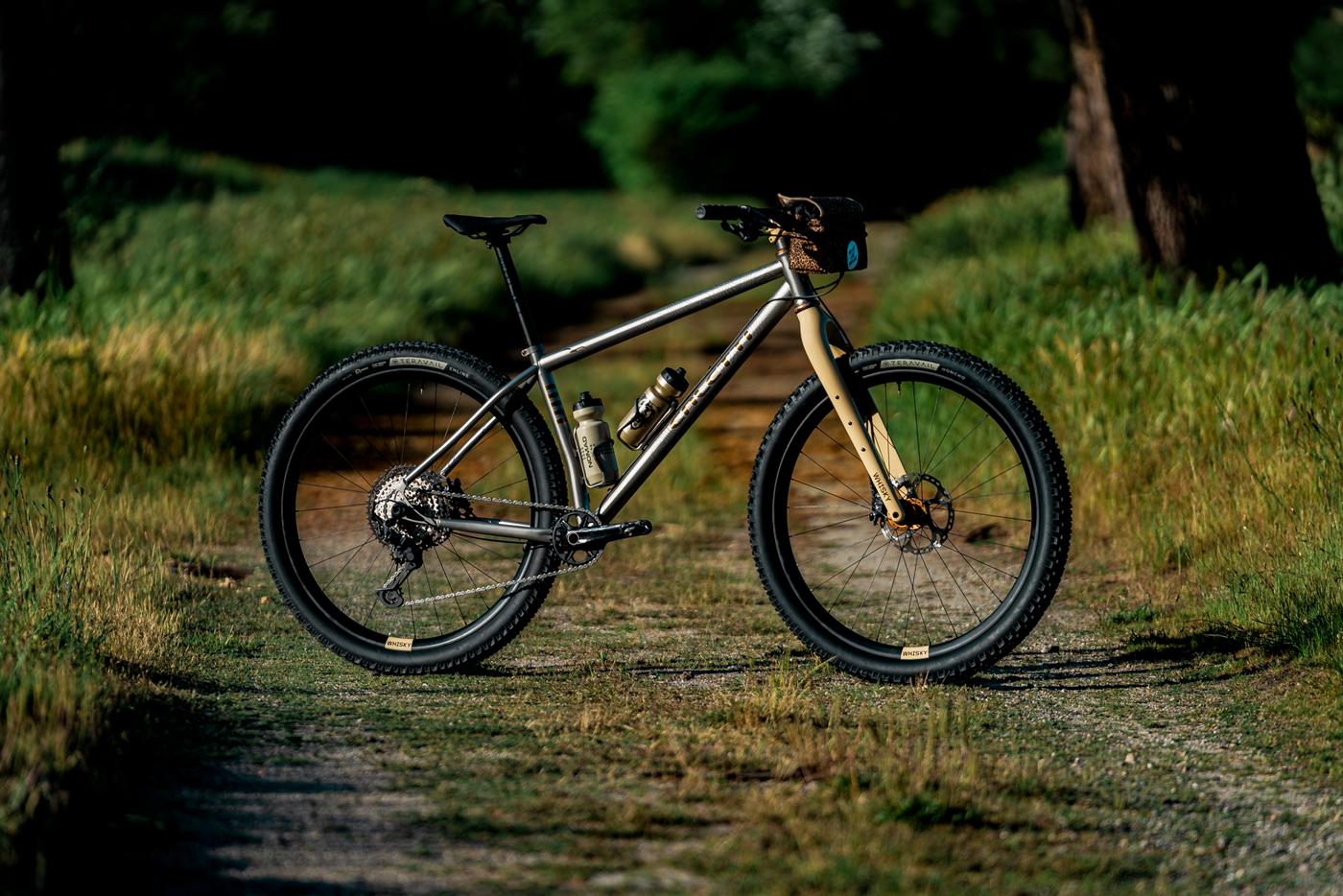 The drivetrain is reliant on a full XT 1×12 drivetrain, pedals, and brakes with 180mm rotors. 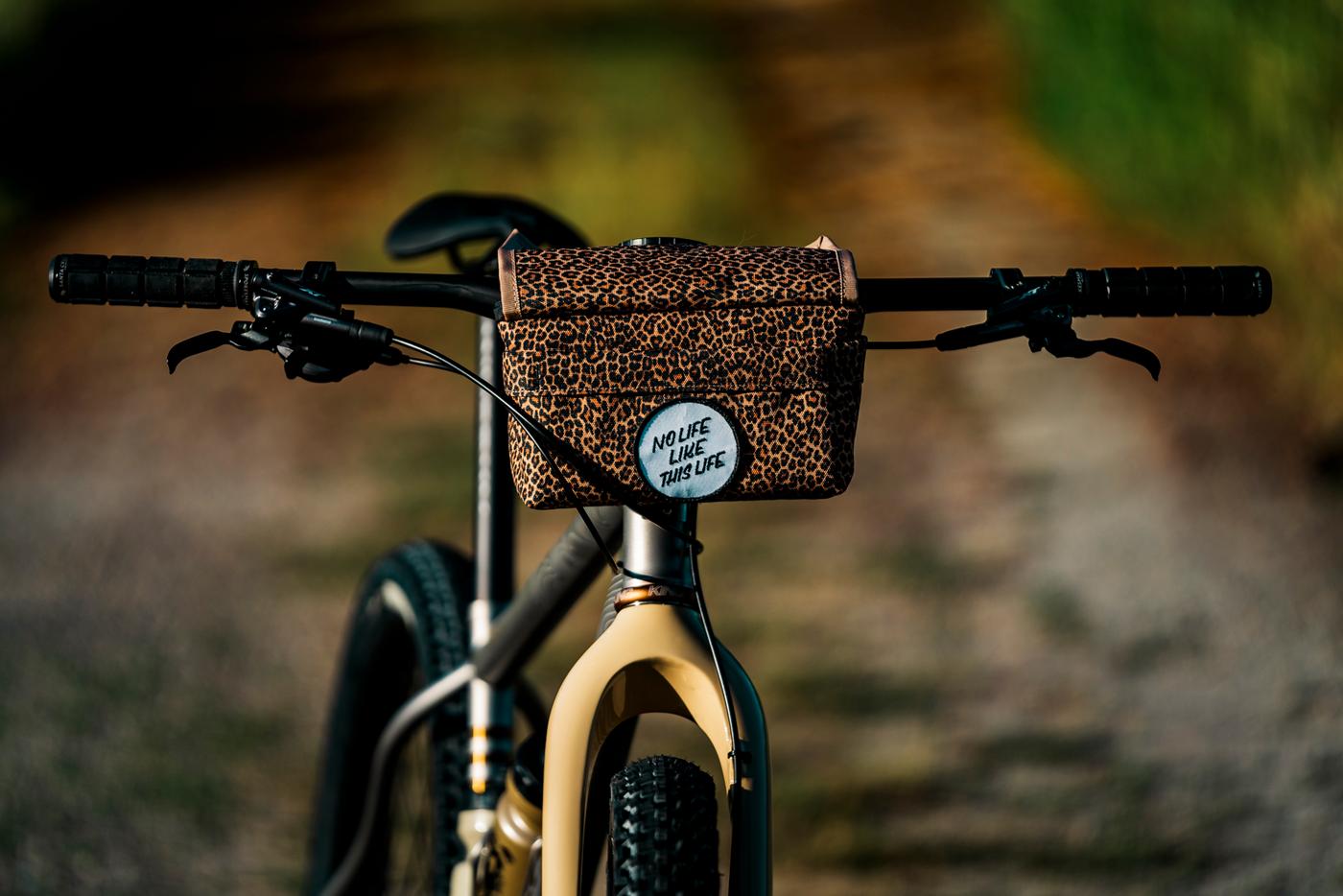 There’s also an Outershell leopard print handlebar bag for that mid-ride burrito snack. Chris says, “Kyle and Jim are two of the kindest souls I’ve ever met. I enjoy working with them.” Omata One cycling GPS. Minimalist approach for those of us that still like all of the data in our STRAVA accounts 😊 Chris has been riding with one for a couple of years now. 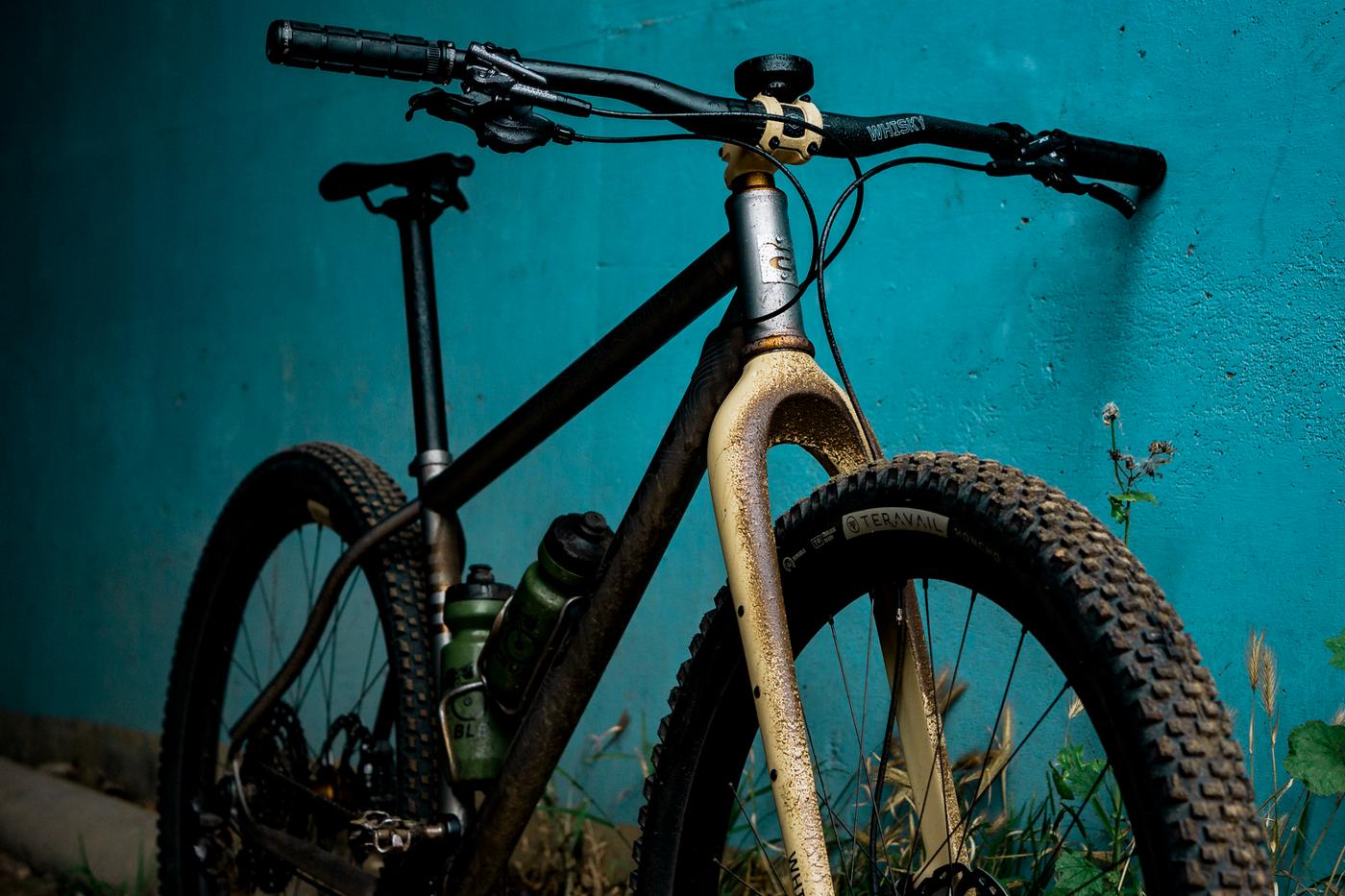 This mountain bike was designed with the potential to do just about anything. Long, comfortable miles are the first priority. Built to accommodate a 120mm Fox 36 (out to paint) and an internally routed dropper post. It descends like a champ and climbs like a goat. What else is there to say?!