Moving to a new town in the middle of a pandemic has been quite the taxing experience both emotionally and logistically. With relocation comes re-establishing connections and expansion of one’s social network, which is near impossible with stay at home orders. Part of the joy of moving to a new city is to get a lay of the land, meet new people, and find those little idiosyncratic niches small towns are known for. Recently I set out a ping to social media, hoping to track down a fabricator to help build a bike rack swingout for our truck. A friend of a friend connected me with Greg, one of the co-fabricators at a small metal shop on Third Street here in Santa Fe. His shop mate Cooper found out I was into bikes and had to share with me his shed found Univega…

While Greg got to work on the bumper fab, Cooper laid out the story for how he came across this mint example of a 90’s era MTB. He called it a “weeper” bike because “finder’s keepers, losers weepers.” The shed where he came across the bike belonged to a friend. She told Cooper he could have one of the two bikes in the shed because they hadn’t been ridden in years. 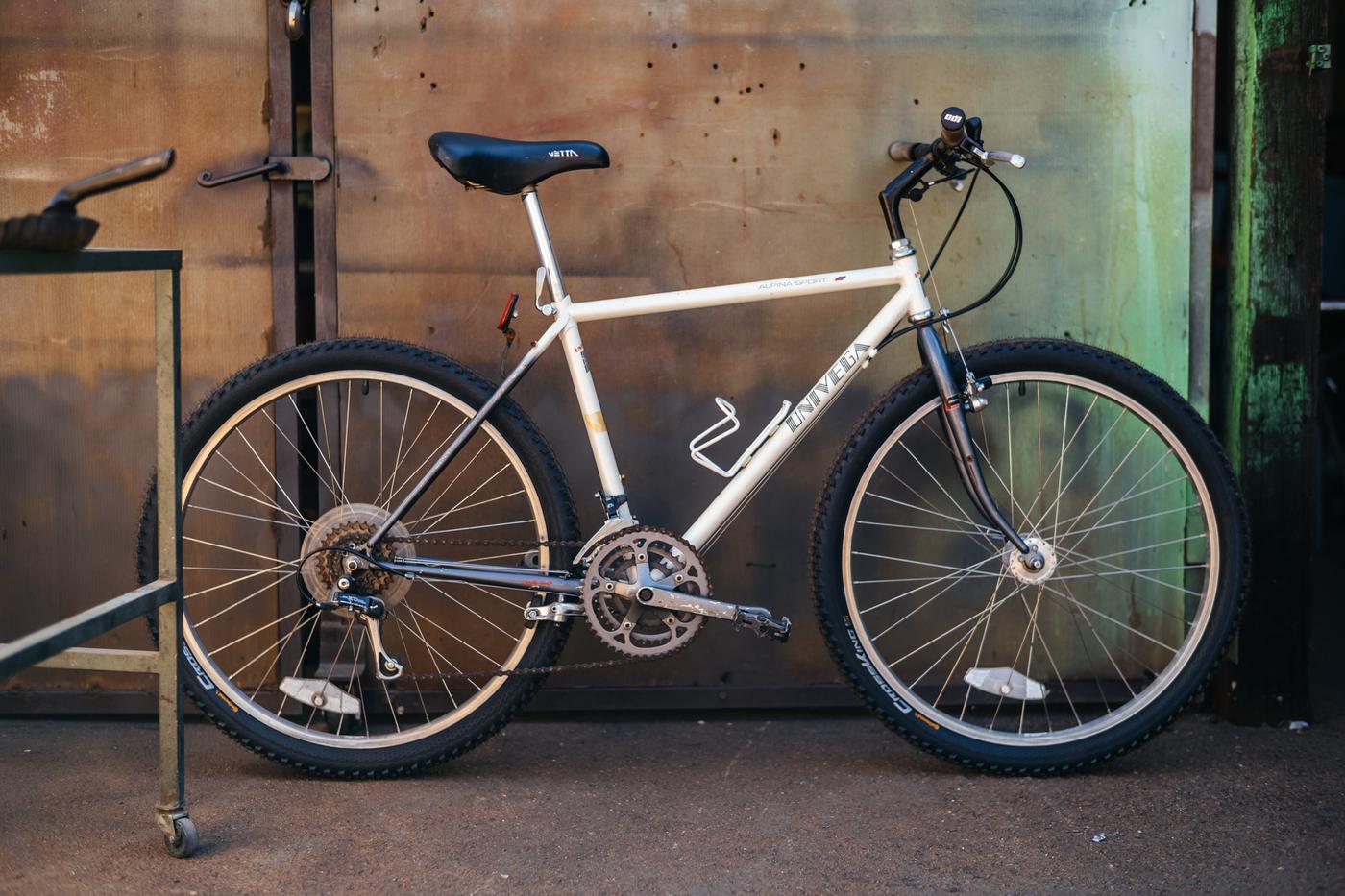 This Univega Alpina Sport might not look like anything special if you’re only into long travel DH rigs but back in the early 90s these bikes were pretty dang capable. You could also argue that the same trails bikes like this were pedaled on haven’t changed all that much and yes, you can still ride vintage mountain bikes on singletrack! 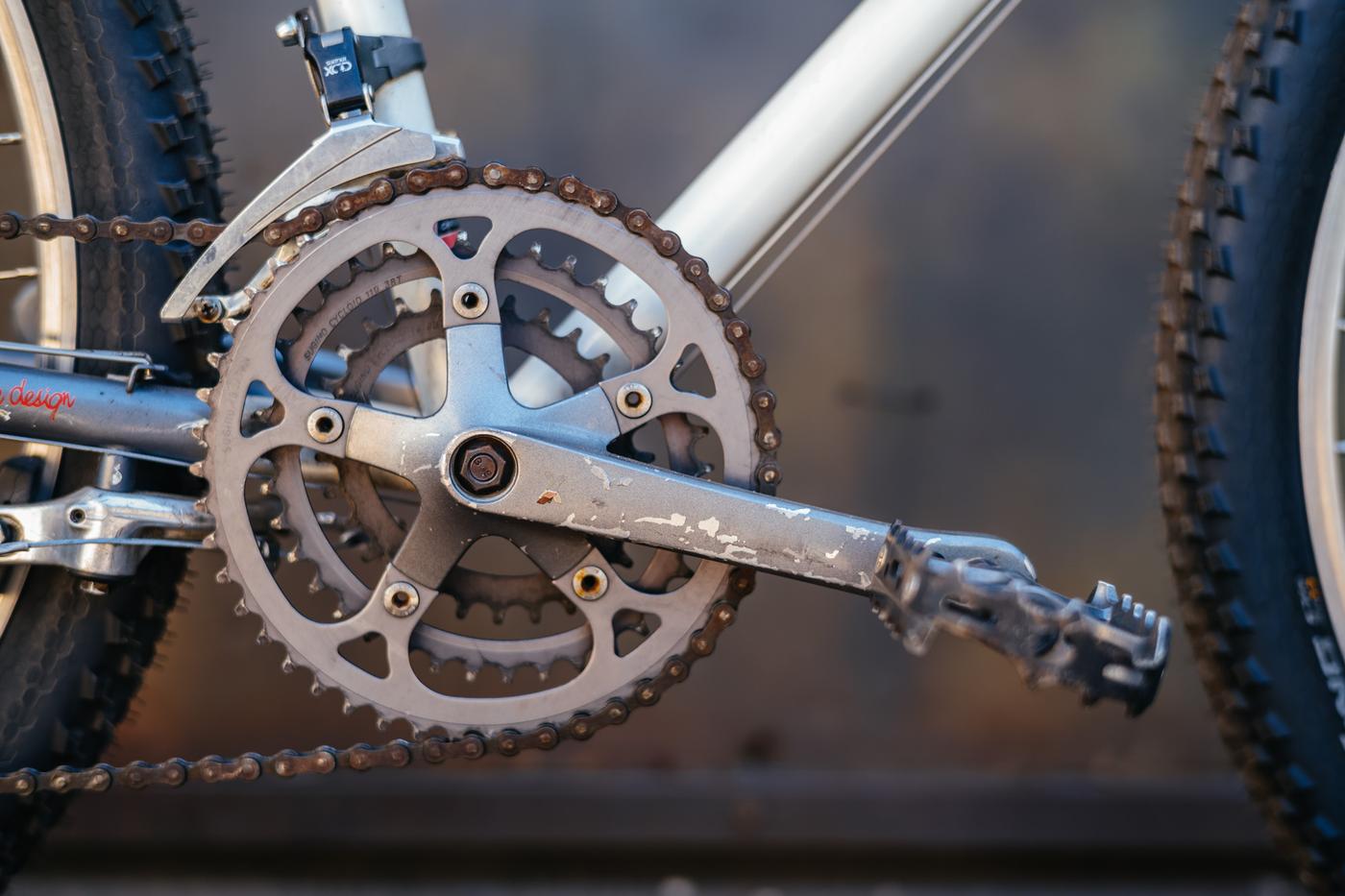 Cooper lucked out. This bike is laced with Suntour and Shimano, two names of note in the Japanese componentry game.  The rear mech is the trusty XCD 6000, with thumb shifters, a triple crank, Suntour seat post, seat post clamp, front mech, and he’s even got the trusty Suntour pedals! Shimano brakes which still function as they should and the classic Vetta saddle. After a tune up, some new tires, and cables, this bike is a rolling history lesson in MTB tech. 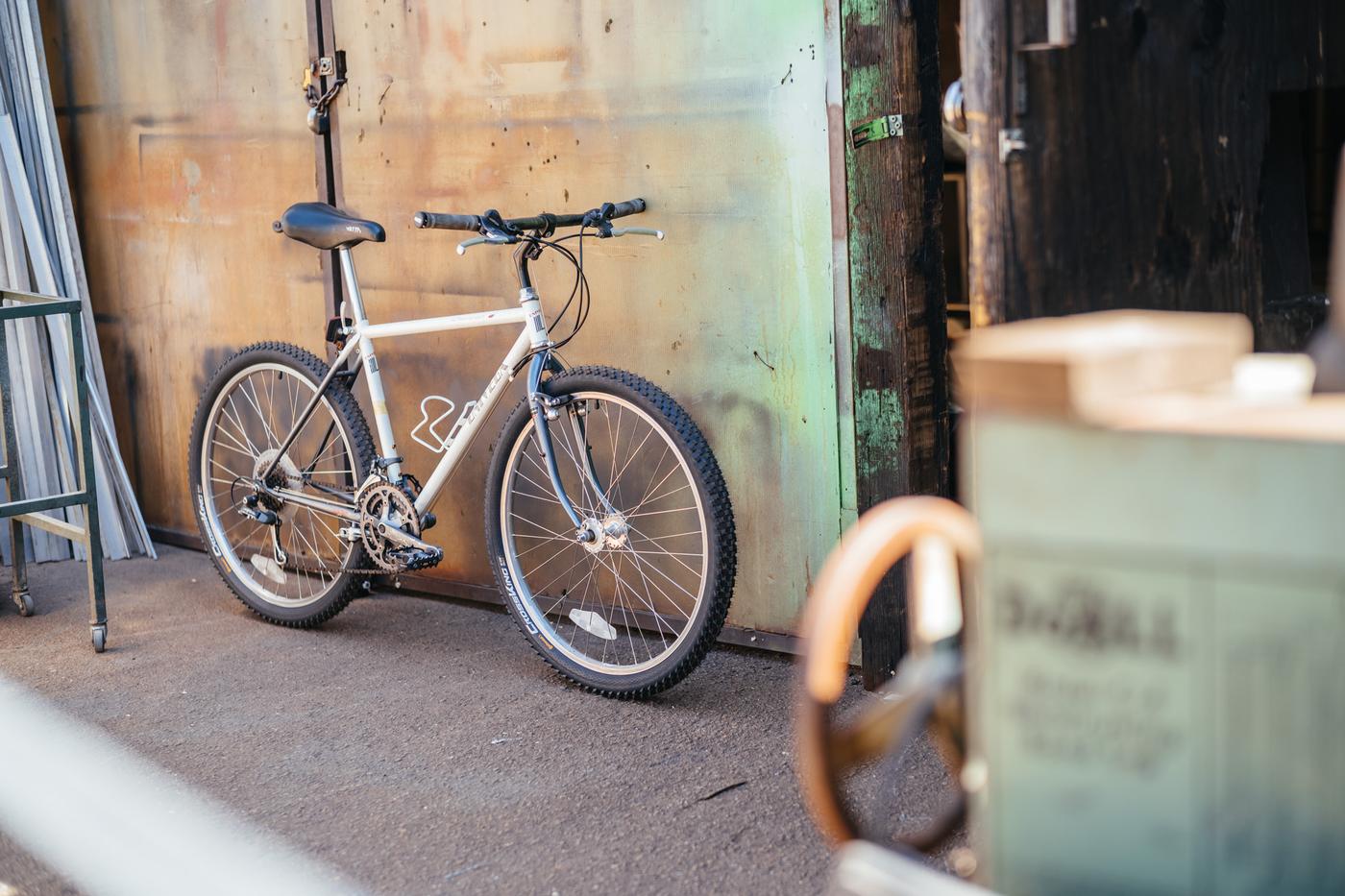 We discussed what Cooper could do to make it a bit more practical. I was pushing for him to invest in some bullmoose bars, a better post, Brooks Cambium saddle, and a Wald Basket to turn this bike into a practical commuter. It’s even got mid-leg mounts on the fork! 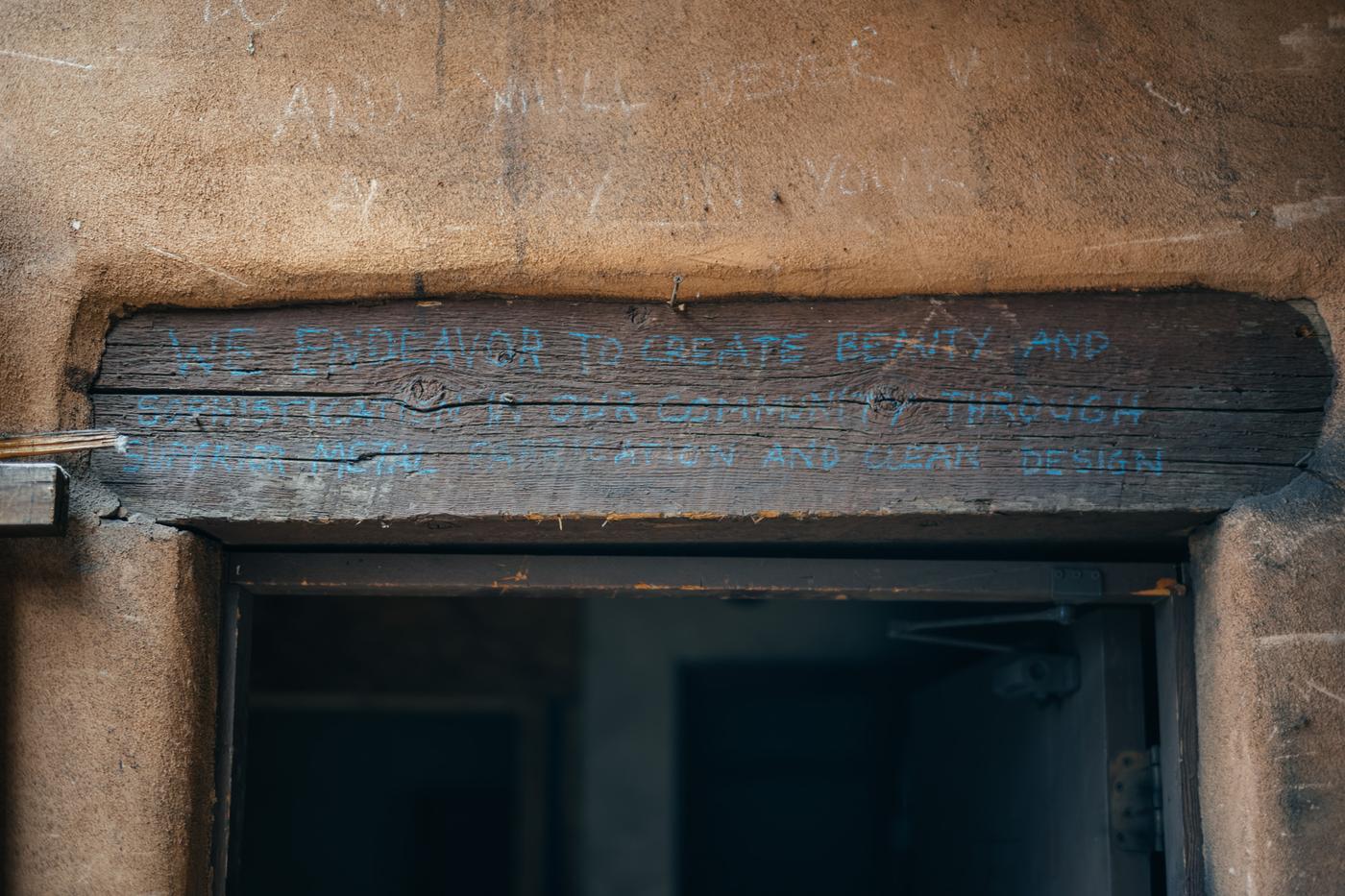 Greg and Cooper are in the middle of making their shop a functioning metals lab, with the potential to incorporate some welding classes, and in-house projects. Greg finished up the bumper swing-out and I thought I’d touch on that as well. We sold our 80 series Land Cruiser this year for something a bit more practical. Last year, I spent 6 months living out of the 80 and really wanted to build out something a bit better suited to long-term life on the road. When we moved out of California, which has very stringent import laws, it opened up the options for buying a HJ75 Troop Carrier from Australia. These things are like minivans but with a heavy-duty chassis, solid axles, and the go-anywhere practicality Land Cruisers are known for. I jumped on a great deal on the truck from an importer and took advantage of bank financing to pay for it and the rooftop conversion which I then paid off once the 80 was sold. 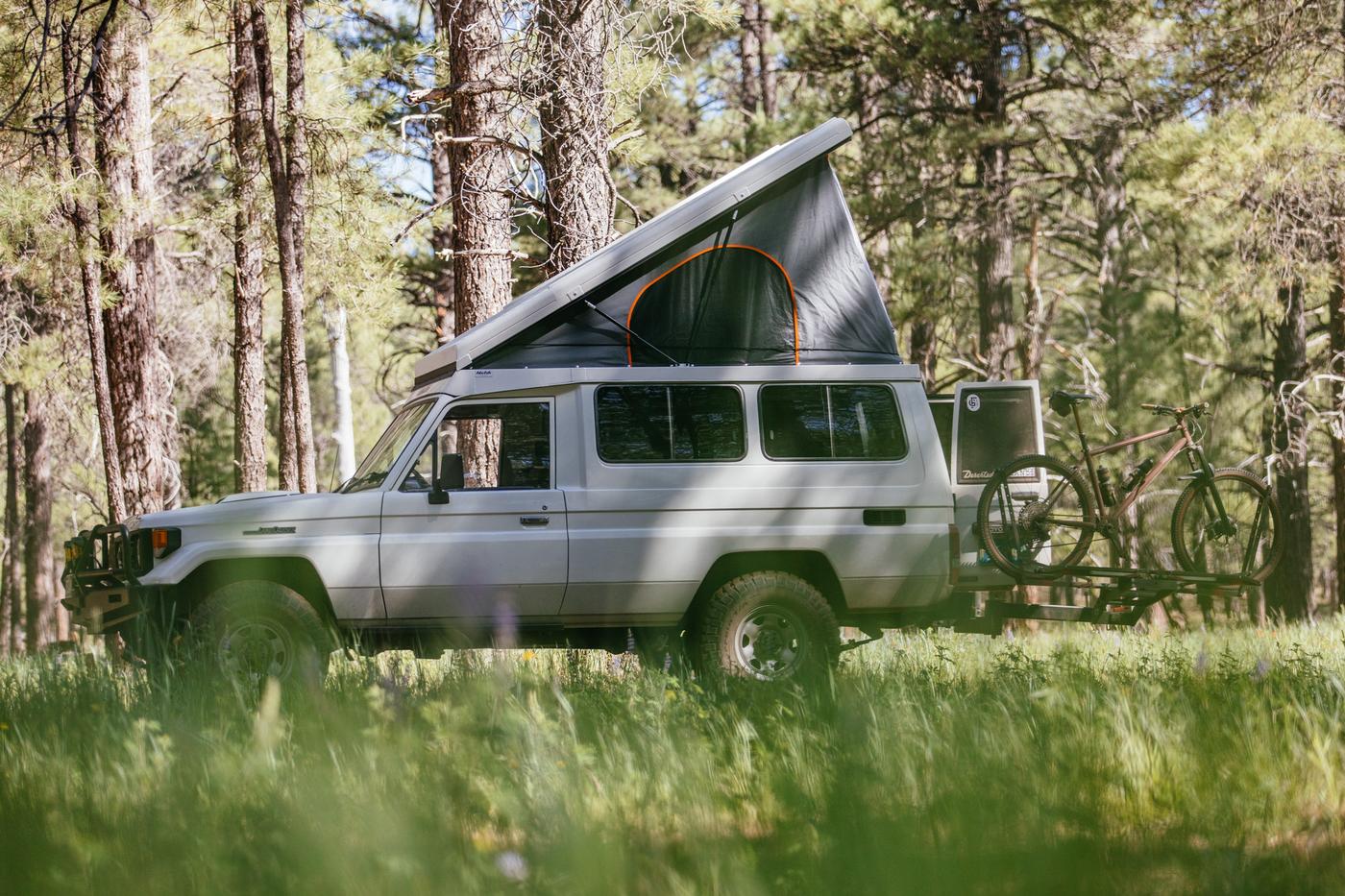 All in, this quirky, 33-year-old rig, cost me half of what a new 4Runner or Sprinter van would be and it’s a whole lot simpler. There’s no ECU to worry about, only two wires are needed to keep it running, and it gets 28mpg on highway road trips. With the AluCab Hercules conversion, when the top is popped, you can stand up in the back of the truck, making it easy to cook, eat, or hang out while it rains, snows, or whatever outside. It’s a much better-suited vehicle for someone that spends a lot of time on the road, meandering through the American West, following dotted lines of doubletrack… But like most vehicles, a bike rack can limit your access to the back cargo area. Be it a Subaru, a Tacoma, or even a Prius. Bike racks can limit access. There are workarounds though. 1-Up makes the RakAttach system, which attaches to your 2″ receiver, then has this pivoting arm that you attach your bike rack to, which allows the rack to swing-out away from your vehicle.

The problem on a 4WD is these swing out systems limit your departure angle and if you have a steel bumper, is a bit redundant. Plus, these things are heavy! My idea was to take the RakAttach apart and weld a hinge onto the bumper, which we’d then re-attach the RakAttach arm to. Viola. It worked like a charm! After two hours, Greg had worked his mig-welding magic and I could now easily open the back ambulance doors on the Troopy. Meeting Greg and Cooper was a real gem this week. These two do amazing work and hopefully, we’ll be able to do a few more fabrication projects here in Santa Fe. Maybe I’ll re-visit Cooper and his Univega once it’s built out a bit more…