Last summer I was lucky enough to make my pilgrimage to Nutmeg Country while on a work trip to NYC.  While getting a tour of Benedict’s “childhood home”, he showed me the bike pile in his basement.  He looked at me and said, “Spencer, you need something classy, pick whichever frame you want.”  Of course I picked the rusted Romanceür prototype…

I first saw this steed on the first day of our DFL the divide tour waaay-back-when. I already had an affinity for lugged bikes and held the strong opinion that lugged bikes should never be painted, so I was instantly in love.  Who knew years later it would be my own.  Now, building up a bike this legendary warrants more attention than I usually have to give to such projects, but I had to make Pappi proud. 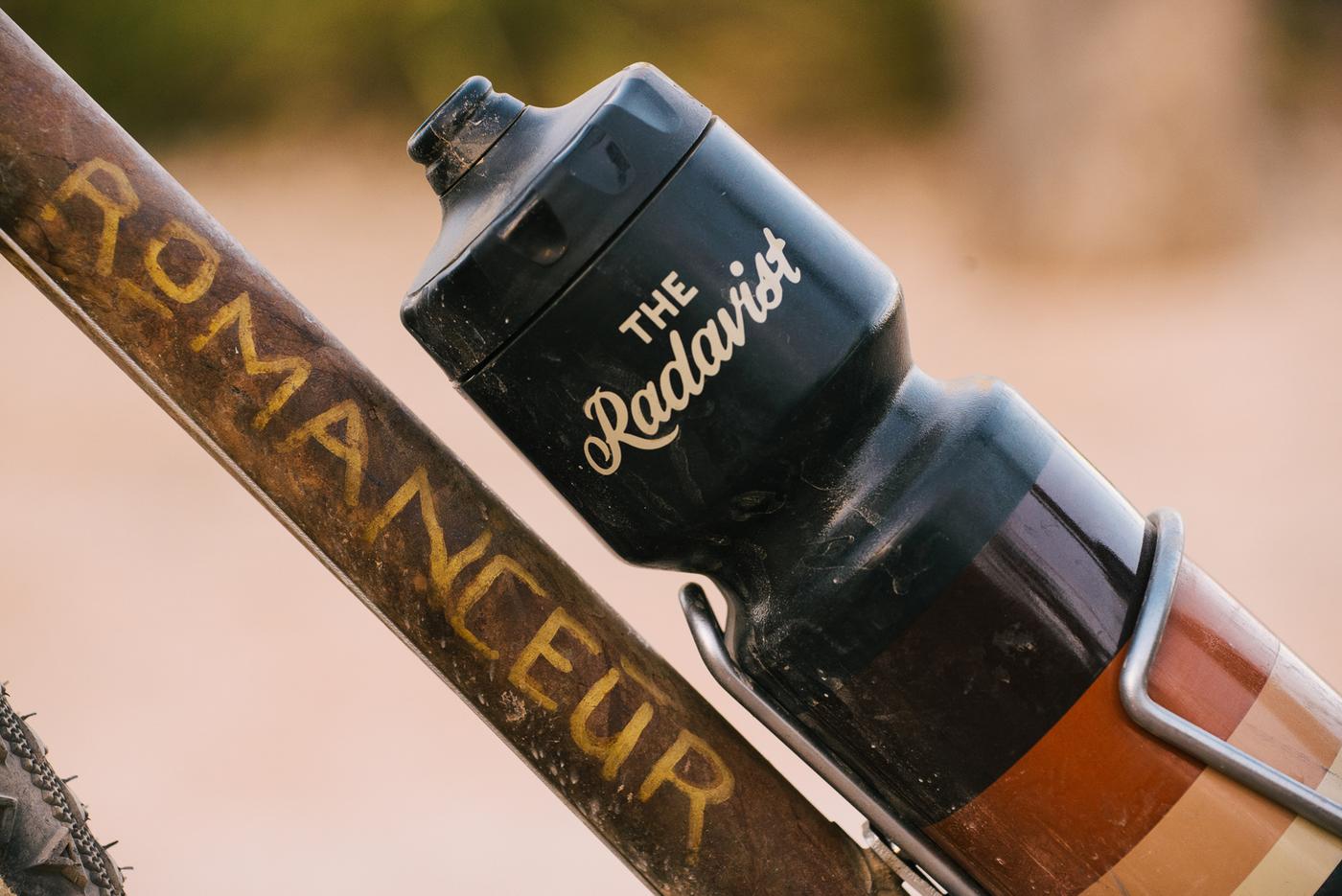 The bike arrived in the back of Bené’s van when he came down to Tucson for instagram season this past Winter. It had the same Paul Klampers, which may have also been prototypes at the time, and a pair of coveted vintage “Flag” cranks from Specialized.  The rest of the build was up to me. I hemmed and hawed about many directions to go with the build but finally decided to do flat bars.  I had an old set of french headset sized bull moose bars which were great until the weren’t as they were the wrong size.  On the second ride the uber cool Specialized titanium crank bolts kept coming loose so those had to go as well.  With every roadblock with this build it seemed Velo Orange already had what I needed; 32/36H super shiny 650B rims,  a 1” quill stem for 31.8 bars, and chromed 31.8 straight bars. 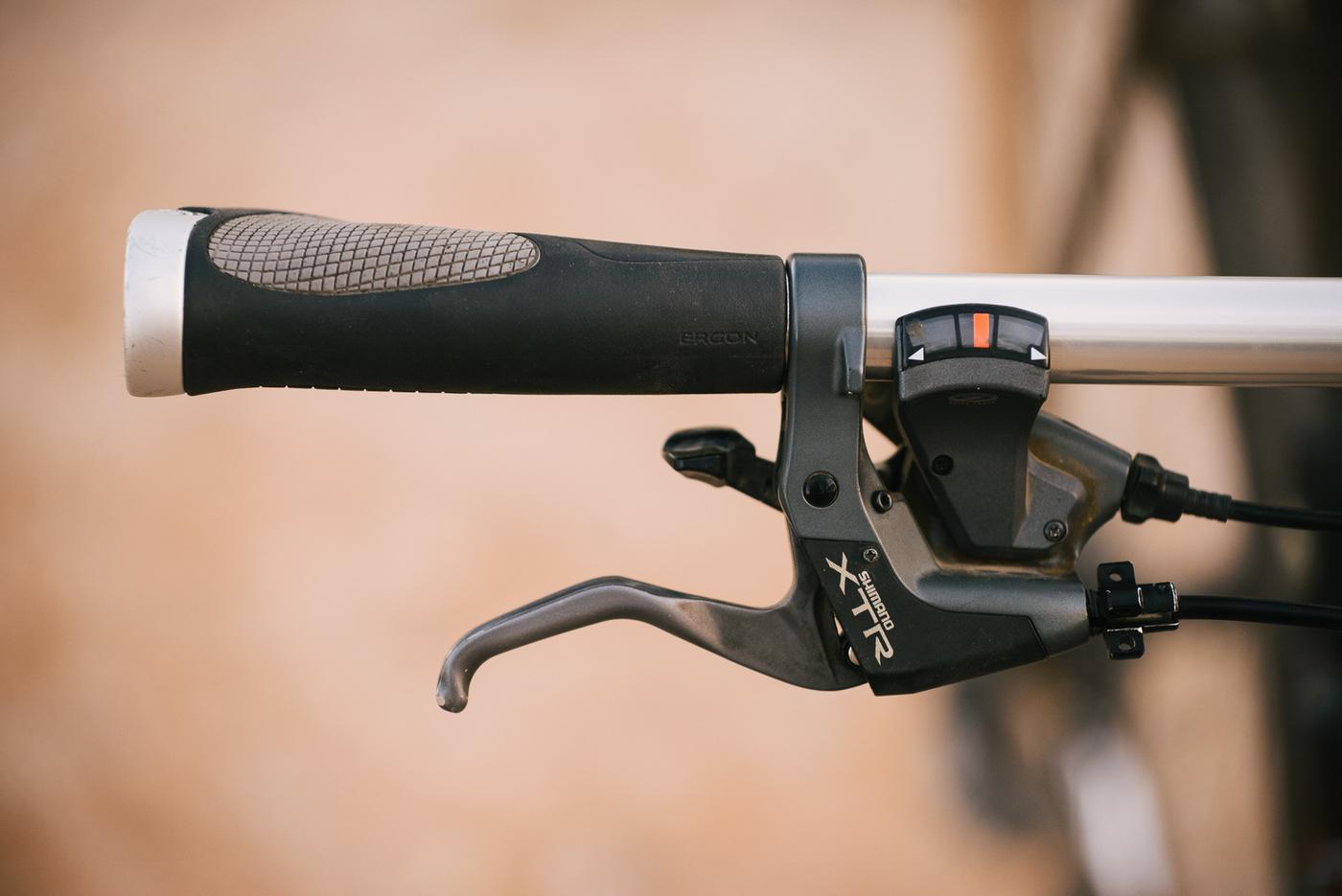 But like any Poopi Build, ya gotta have those BICAS price markers on your salvaged parts to be cool in 2020.  BICAS provided the hubs, bottle cages, and front brake lever for the build.  The front lever is a “custom” XTR 1x lever made from an old 3x shifter brake combo courtesy of an angle grinder. The rest of the group was taken off a 2002 Gary Fisher that was given to me some years back.  I was so proud of my old XTR group to find that Bené had the same derailleur on his “Cool” bike but he flexed on me hard with his Ti cassette.  Anywho, once the wheels were laced under the wonderful supervision of Monique at Transit Cycles, I was ready to make the most dynamic choice in rubber available today, compliments to Mr. Patrizio, who was kind enough to send me a box of their new Ultradynamico rubber to top off the build. 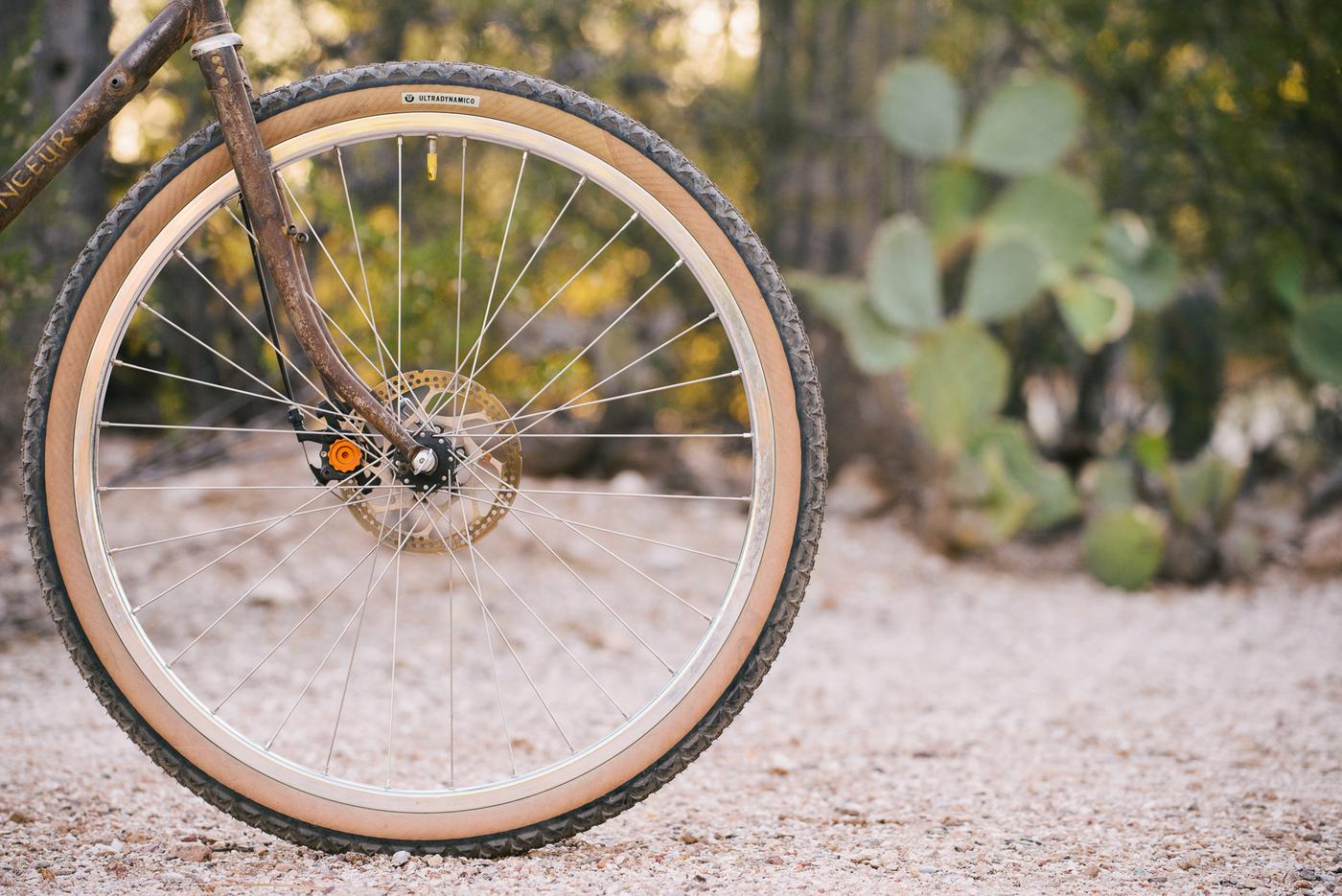 I fell in love with this bike the first time I saw it and now I get to ride it all the damn time, thanks Poopi <3