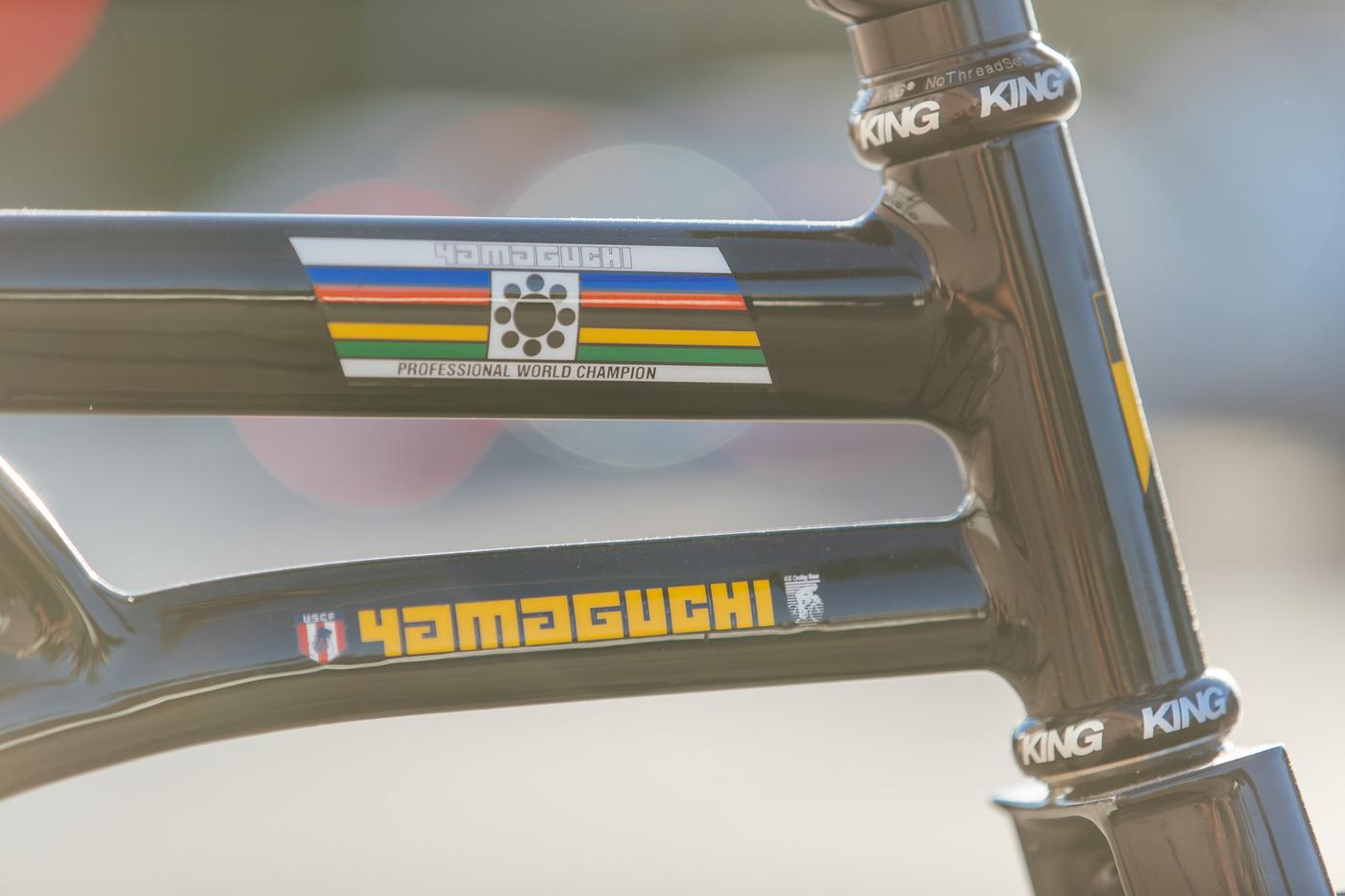 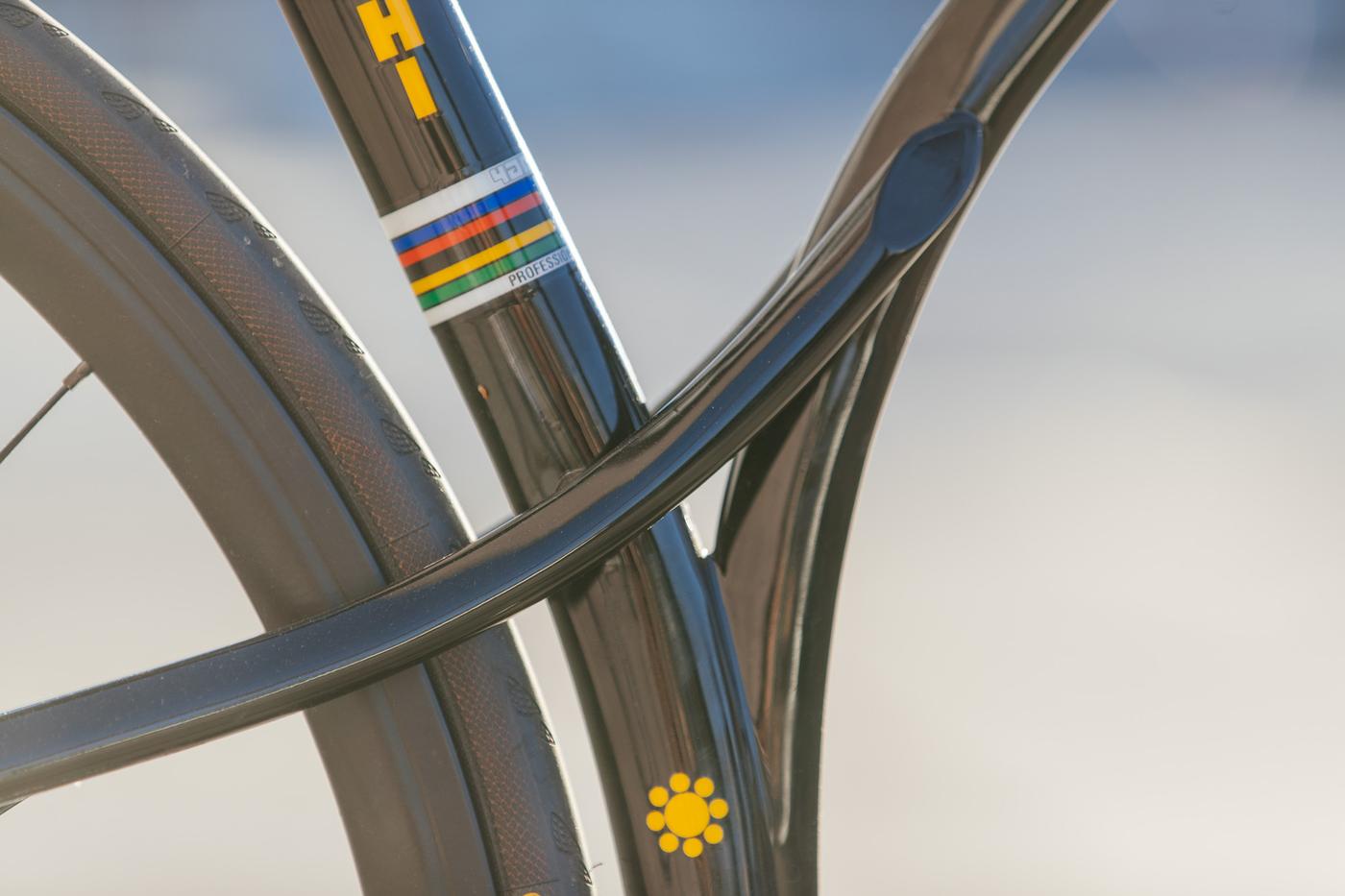 Yamaguchi currently has a framebuilding school in Rifle, Colorado and he continues to make custom frames for commission. Long gone are the days of experimental steel frames with bends and swoops galore, as far as the Olympic circuit is concerned, yet these days Koichi relishes his custom orders where the client lets him do the thing he is known for. Alexis commissioned this Yamaguchi as a lifelong dream of riding a steel frame from the master. It embodies the zeal of Koichi’s Olympic designs, yet will be ridden with flat bars on the street. This bike was a pleasure to shoot and I’m honored every time one of these machines roll past me. Thanks to Golden Saddle Cyclery for setting this one up for me to document.