For the tenth anniversary of the Philadelphia Bike Expo, PBE introduced a diversity and inclusivity scholarship to support women, trans, and POC frame builders who have been underrepresented at bike shows and the industry at large. SRAM is stepping up to sponsor the PBE Inclusivity Scholarship whose inaugural class consists of Moth Attack, Pedalino Bikes, Schön Studio, and Untitled Cycles.

Danielle Schön displayed a beauty of a frame at the 2017 Philly Bike Expo and I can remember wishing that she had brought a full bike. Fast forward a few years, thankfully due to a scholarship provided by SRAM, she did just that.  Not even a cross country move or the last-minute headache of a delayed/lost bicycle in transit thanks to the airline could keep her from displaying at this year’s expo. 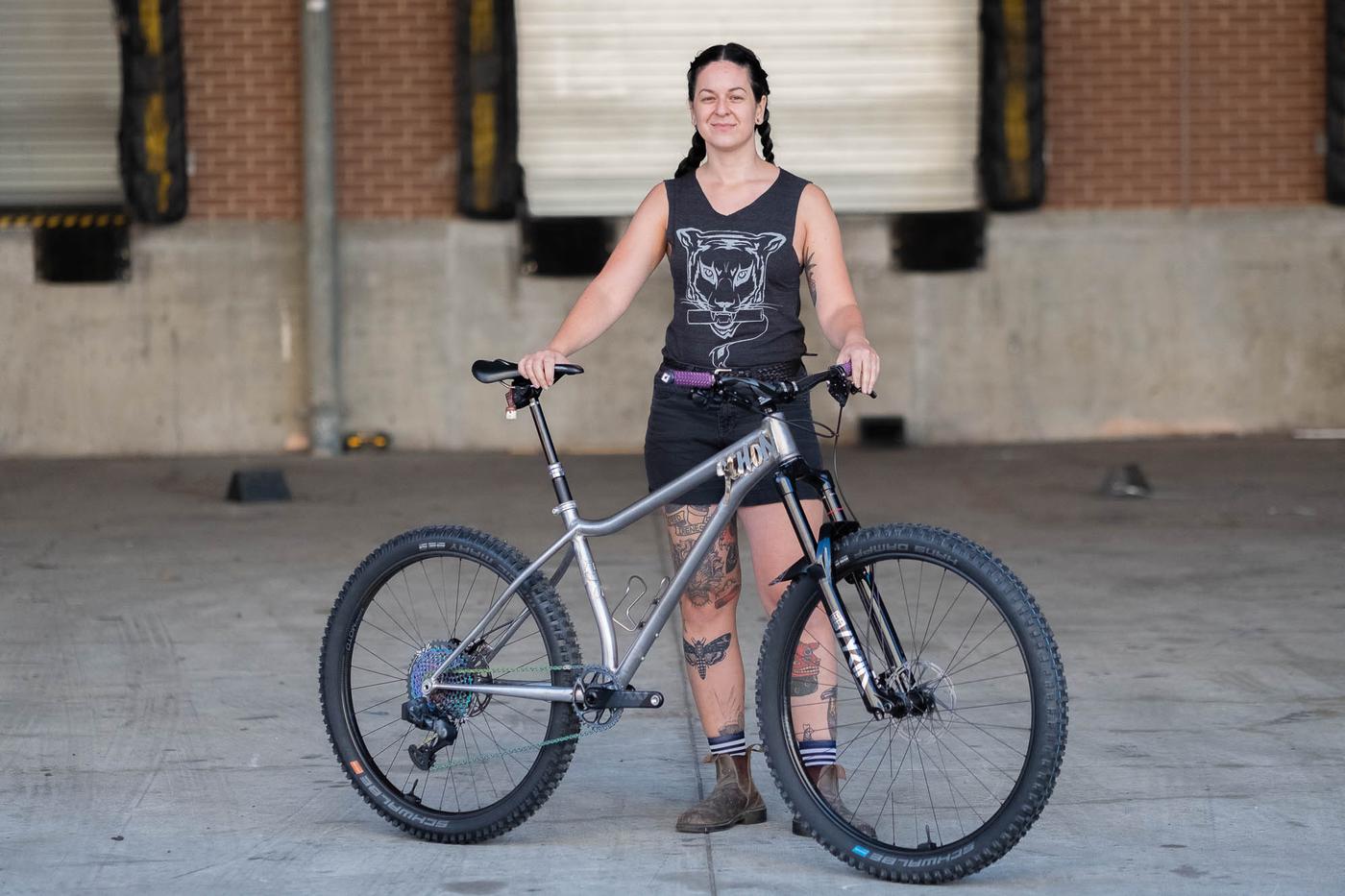 Danielle built a hardtail for herself, with a combo of 27.5/29″ Zipp 3ZERO Moto wheels, a 160mm Rock Shox Lyrik Ultimate fork and full SRAM AXS build including SRAM Code RSC brakes and Rock Shop Reverb AXS. This bike is ready to party with its mullet configuration on the steeps of Squamish where she now calls home. 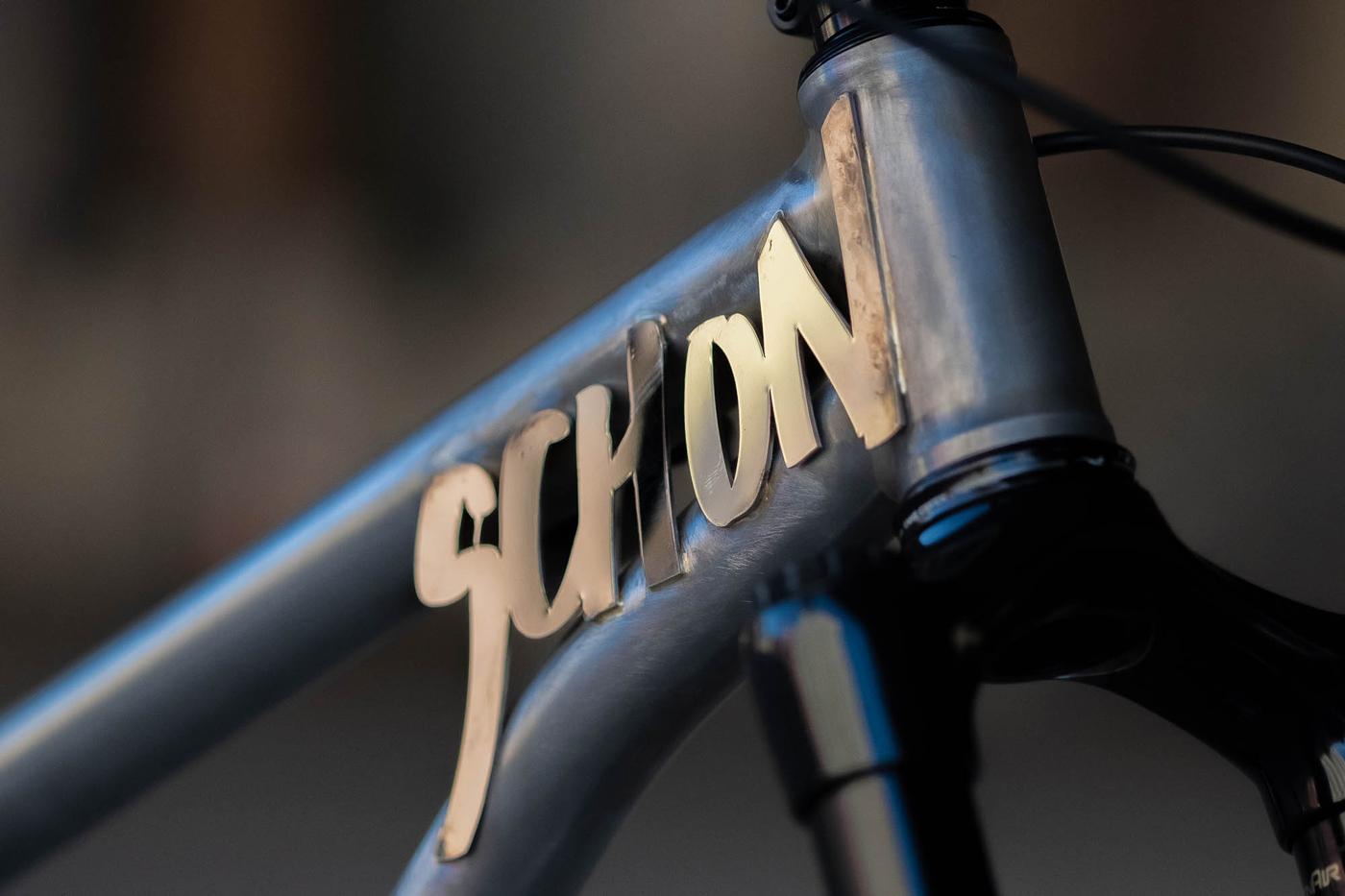 The beauty of a wireless system is just how clean the build can appear, devoid of all but two hydraulic lines, one of which runs the entire length of the top tube and peeks out the seat stay makes for one extremely tidy build. Danielle told me the last piece to go on the bike was the Schön gusset, and if it wasn’t constructed just so, the bike would be a wash. I’m stoked she pulled it all together; it’s commanding both visually and structurally and adds that perfect finishing touch.