I was introduced to Julie Ann Pedalino a few years ago by Anna Schwinn. I’m pretty sure it was one of the “you’ve got to see this” moments that year at the Philly Bike Expo. When I first saw Julie’s work I was blown away. I didn’t understand exactly how what I was seeing was accomplished, I thought maybe hand tools and a hell of a lot of time; later I found out that Julie, who has a background wielding a jewelers saw, was rolling up her sleeves and tackling some lugs with a CNC machine. The robot approach may be anything but traditional, and that’s what’s pretty rad about the newer crop of frame-builders, they shy away from the norm in favor of expression. 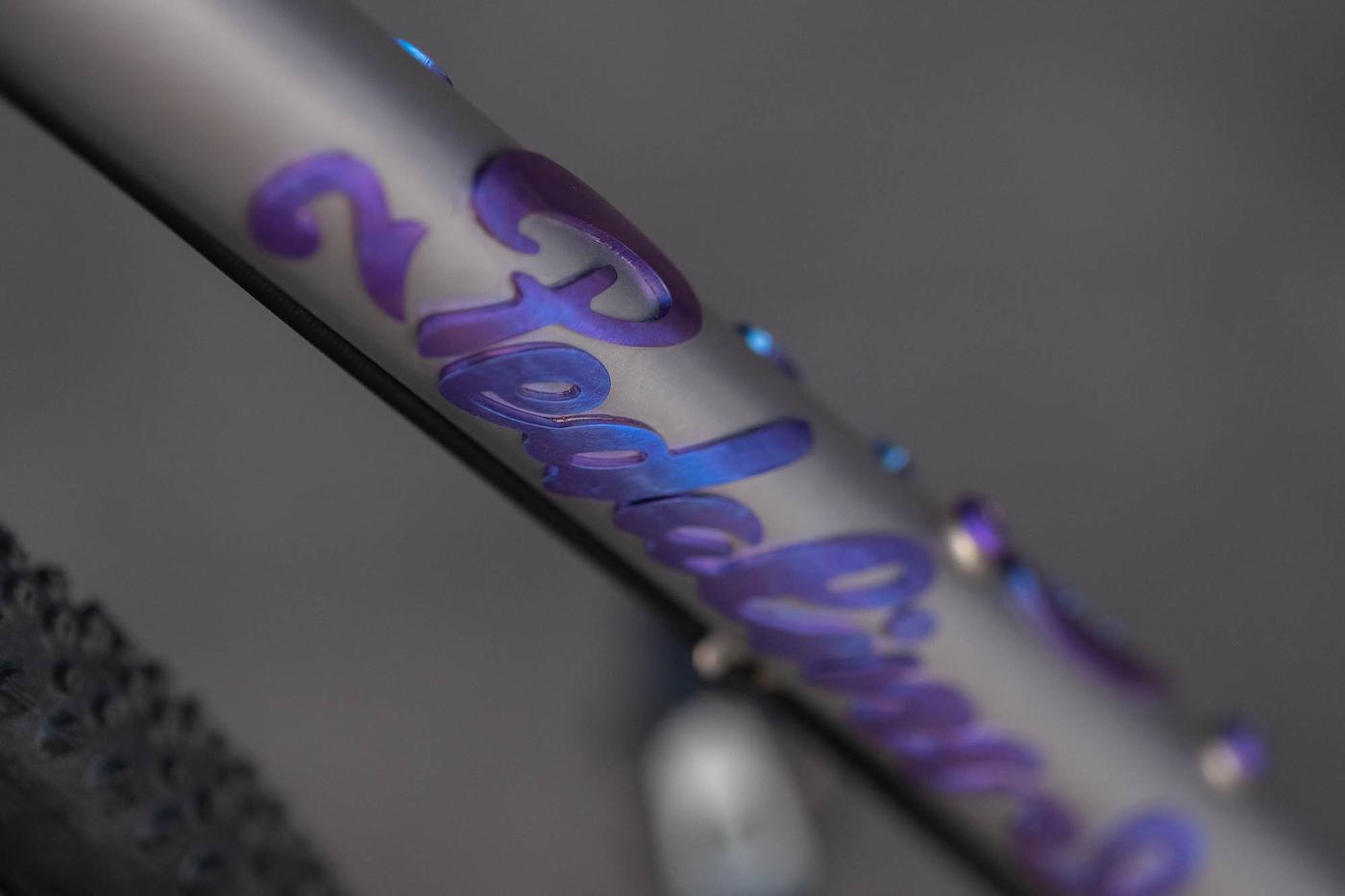 This mullet build isn’t quite the same as Danielle Schön’s, utilizing a mixed drivetrain in lieu of wheels. This build features a smattering of SRAM AXS Eagle, SRAM Red e-tap AXS Shifters, a 1x SRAM Red crank, with Quarq power meter, Zipp 404 Firecrest wheels and even some Paul Component thru-axles to finish off the build. 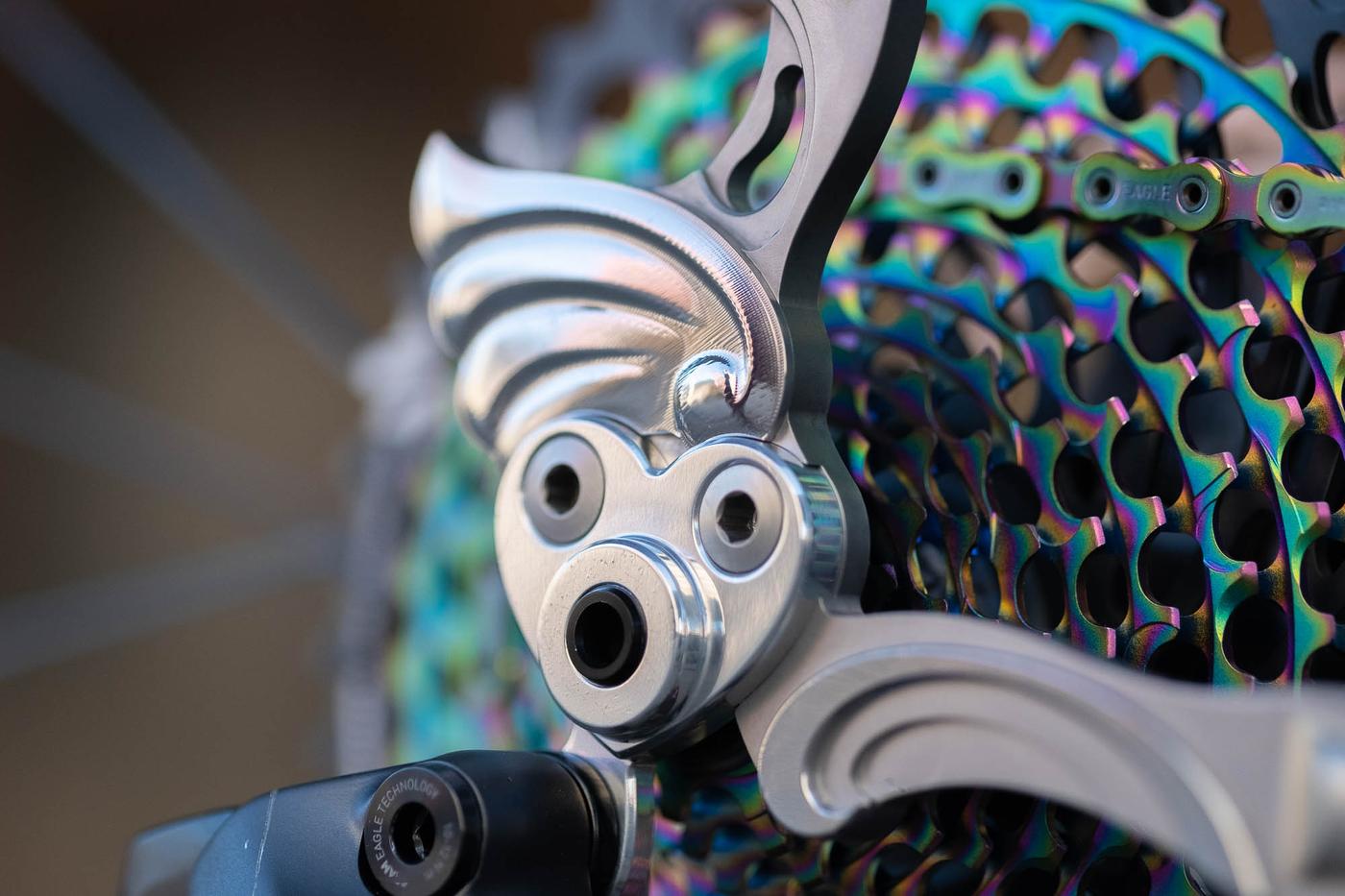 Her Philadelphia Bike Expo People’s Choice award-winning bike is constructed of bead-blasted stainless steel, with some polished stainless bi-laminate lug-work, and anodized titanium forms, her signature heart hanger, and CNC chainstay yoke is anything but the ordinary in a world that follows the traditions, from this artist-turned-frame builder.