“So you’re a mountain biker now?” I think it was one of the first things I jokingly said to Megan when we started talking about the dual suspension bike she created. The move from LA to Colorado is a drastic change of riding scenery where mountain biking is certainly accessible for people who haven’t spent a lot of time on the steeps. I say this cause my experience riding mountain bikes in LA was similar to Megan’s, LA is burly. Megan has spent some time riding squishy bikes so when the call came she set out to learn a whole new skill set, building a steel dual suspension bike. The bike displayed at the expo was the first revision of a frame she was working on to be ridden and tested before moving those ideas onto another bike or progressing toward adding this to the Moth Attack product line. AXS is the name of the game, with a full AXS XX1 kit, including SRAM G2 Ultimate brakes, with oil slick bolts to match the XG-1299 cassette, AXS XX1 rear derailleur/shifter, set of Zipp 3ZERO Moto wheels. A RockShox Pike Ultimate controls the front wheel while a RockShox Super Deluxe controls the rear.  Megan even used an old Peacock Groove X Moth Attack headset from a collab they did a few years ago. 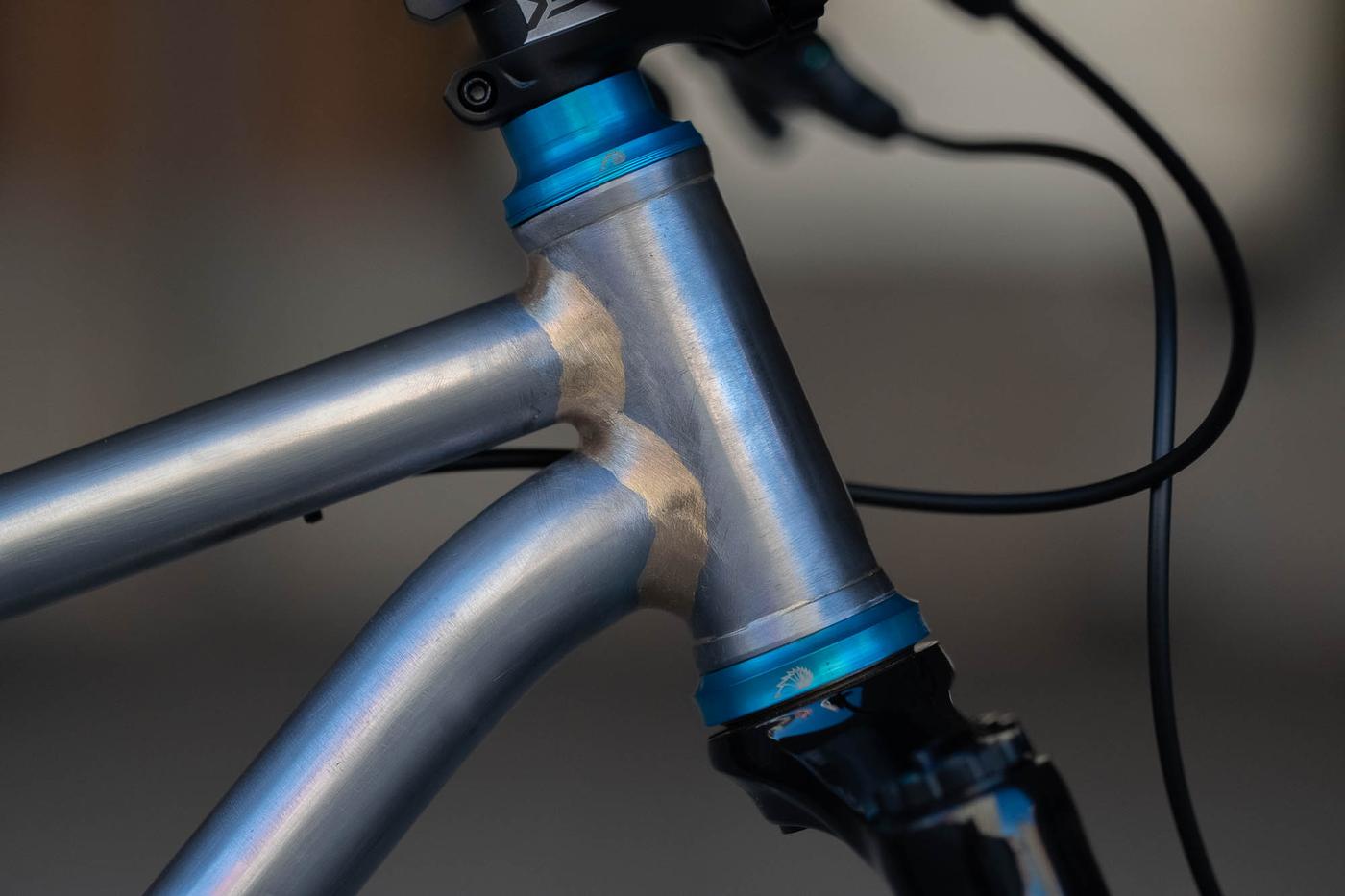 Constructed using fillet brazing, all over and a bi-laminate seat tube, this sus bike uses standard headsets for its main pivot and rocker arm. This allowed Megan to utilize tooling she already had to construct this bike, a creative way to work through design with primarily hand tools. Consider the box not even in the same zip code ’cause this bike is way outside of it.