This year at Grinduro, eight frame builders presented bikes in partnership with Maxxis, Sram/Zipp, Columbus, and Hope Tech. The theme? What is your ideal Grinduro bike? This outstanding Olivetti drop bar MTB took advantage of AXS road and mountain compatibility.

When SRAM’s AXS system opened the door to cross-platform functionality of their road and MTB components through its wireless shifting system, I hoped we’d see more bikes like this. Be it as a Tour Divide race bike, or just a fun and new way to ride trails, “mullet” bikes, as SRAM refers to this mix-match, bring a new way to ride gravel races like Grinduro that maximize terrain possibilities. 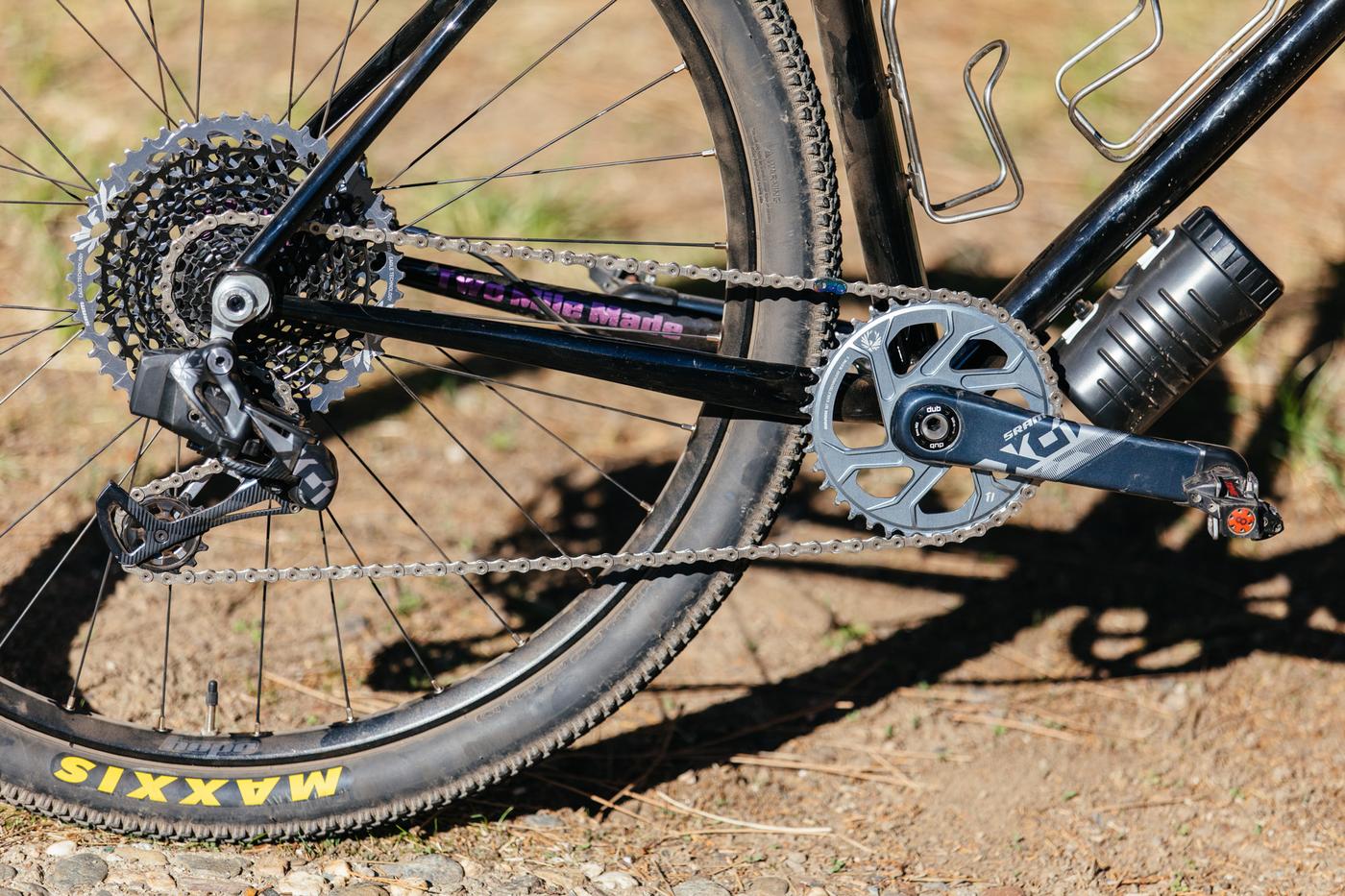 Olivetti brought the only drop bar MTB to the event, at least with a suspension fork, and man, what a bike it was. While it’s nice and clean in these photos, Pete raced it in the event. We discussed a little bit about front-center measurements, how being in the drops feels different than being on a flat bar and in general, how much fun drop bar mtbs are to ride. 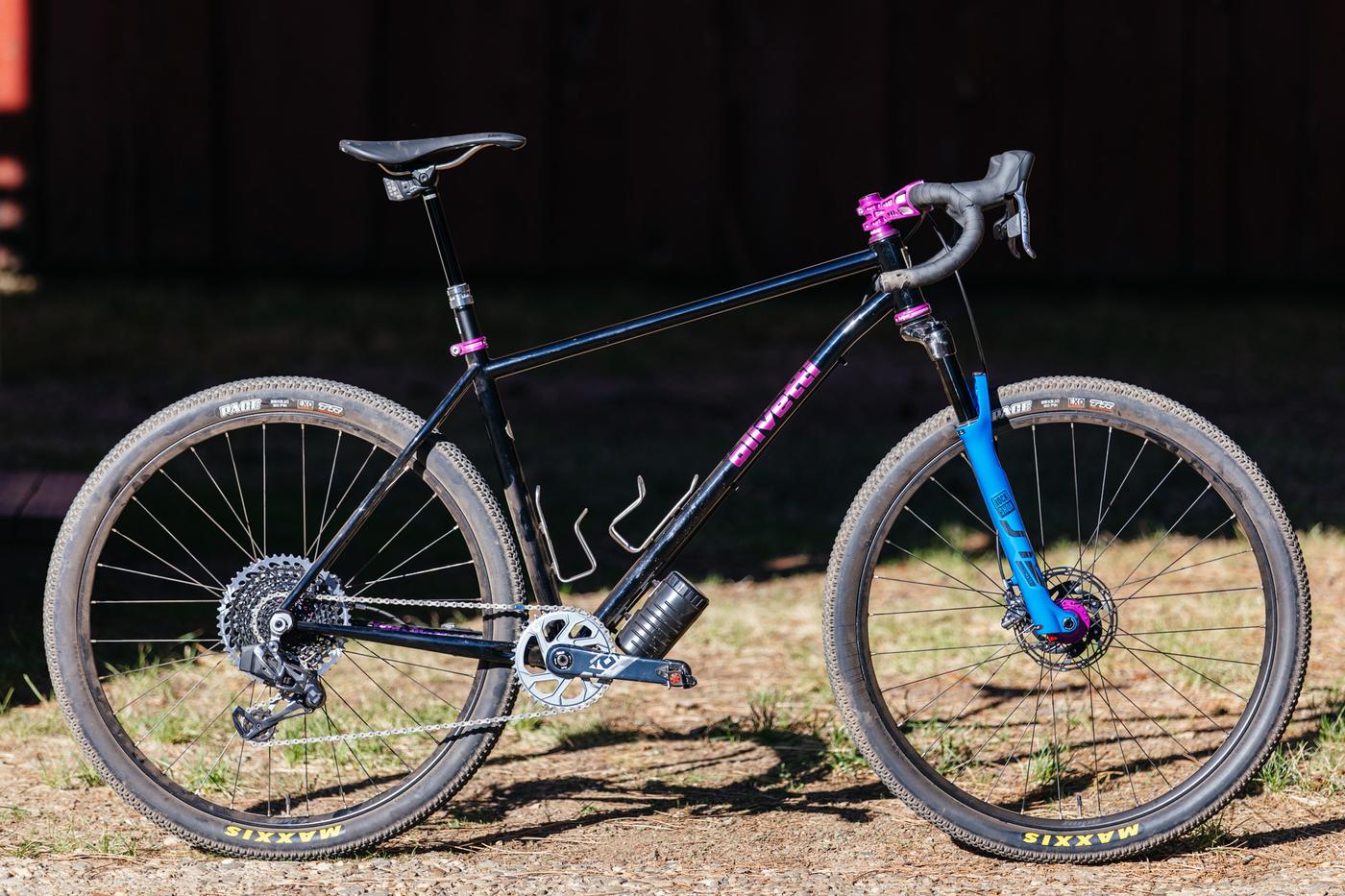 One can only hope more people take full advantage of Eagle drivetrains with road shifters like this because it really does open the doors for gravel race machines.