Titanium bikes. They’re often referred to as “lifetime bikes” due to the metal’s oxide barrier, inhibiting it from rusting in the traditional sense of the word. A Ti bike will last for a lifetime with its only limiting factor being the technology of the components and the riders ability to adapt the bike as their tastes in life change. So yes, in essence, a titanium bike can be a lifetime bike, but how often are they really? Well, working at Summit Bike and Ski in Bozeman, I found a true to form “lifetime bike.”

Sam is a PHD student. He studies water in rivers and how environmental influences affect various chemical reactions. It sounds like neat stuff but we’re not here to discuss water. Let’s hear about that bike!

When Sam was living in Colorado, he was quite the bike racer. In Winter Park, a local race organizer threw a MTB race series where the grand prize was a custom Black Sheep Bikes. Well, Sam won the race and got the bike, which I might add, is quite the prize! This was the early 2000’s and titanium bikes were and still are expensive. Coming off what Sam described as a “noodly” Litespeed ti hardtail a few years prior, he had Black Sheep build him an oversized – for the time anyway – XC hardtail. 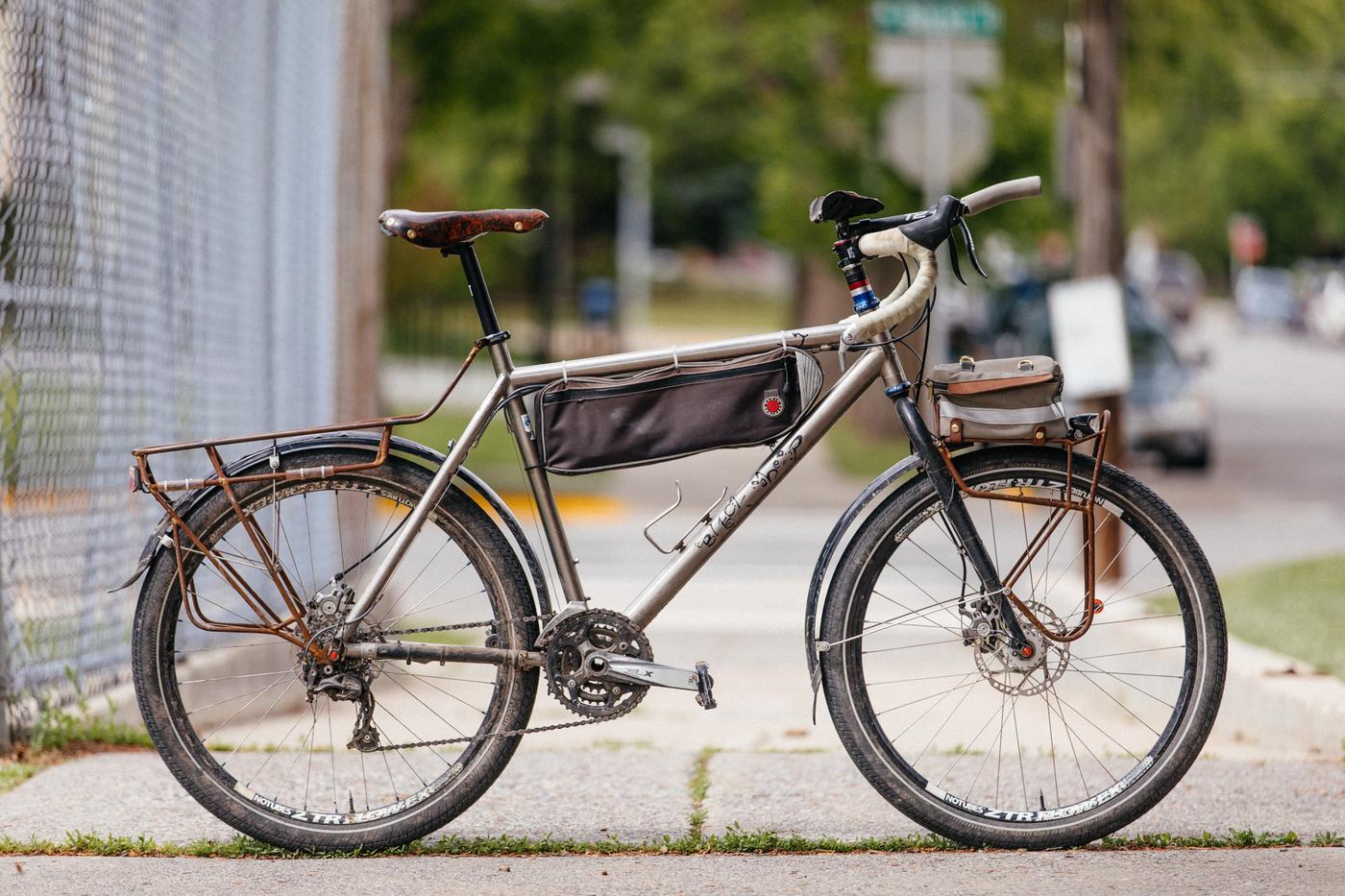 Fast forward to 2019 and Sam still has the bike, albeit with a few upgrades. He now commutes on it, bike tours on it, and battles the Montana headwinds on the bike with some nifty aero bars. He built the racks, complete with nylon sleeves to keep his panniers nested correctly, swapped out the clapped fork for a rigid fork, has a generator hub powering lights, a comfy Berthoud Aravis Saddle, and yes, that is a triple crankset. It’s a real bike mechanic’s bike, that’s for sure!

Sam is quite the character and we’ll look at his own personal bikes that he built a bit later on, so for now, enjoy this very unique bike!