Bob and his puppers, Muzbe. This photo started it all. Hans Rey and Bob Allen had worked together prior to this photo but this was the catalyst that propelled Bob’s work into the MTB industry. They both were affiliates of the RADS, a group of rambunctious riders in Laguna Beach, California. After shooting Hans bunnyhopping a cab in NYC, Bob and Hans wanted to up the ante and bring it home to SoCal. On a Fire Pit ride in Laguna – a legendary weekly group ride – they decided upon the 405 freeway. They scouted a site, where the 405 and State Route 55 intersect and checked out the light at various parts of the day. One afternoon, at the height of traffic congestion, 12 of the RADS, Bob and Hans met up and shot this very photo. Within minutes, the CHIPS were onto them but they were long gone. Bob took this photo with him to the UK along with this very bike and his career as a MTB photographer was jumpstarted.  The photo made it to the cover of the July 1989 issue of Mountain Biker Magazine. Bob was working at Cook Brothers Racing in the late 80’s. Gary Cook and his brother Craig were making the racing components for cycling. BMX, MTB, and more. You can read about the Cook Brothers Racing’s sordid history at MOMBAT. While loading raw aluminum into the mills at the shop, Bob was taking part-time photography classes at the local college, honing his skills. He loved working on bikes but wanted to do something more with his new found artistic passion. While he and Hans Rey were solidifying their friendship and shooting lots of photos, Bob commissioned Jack Whitmer – who bought Cook Brothers in the mid-1980’s – to build him a very special bike, this very Bonzo Fury in 1988 with the serial number, ZELDA. 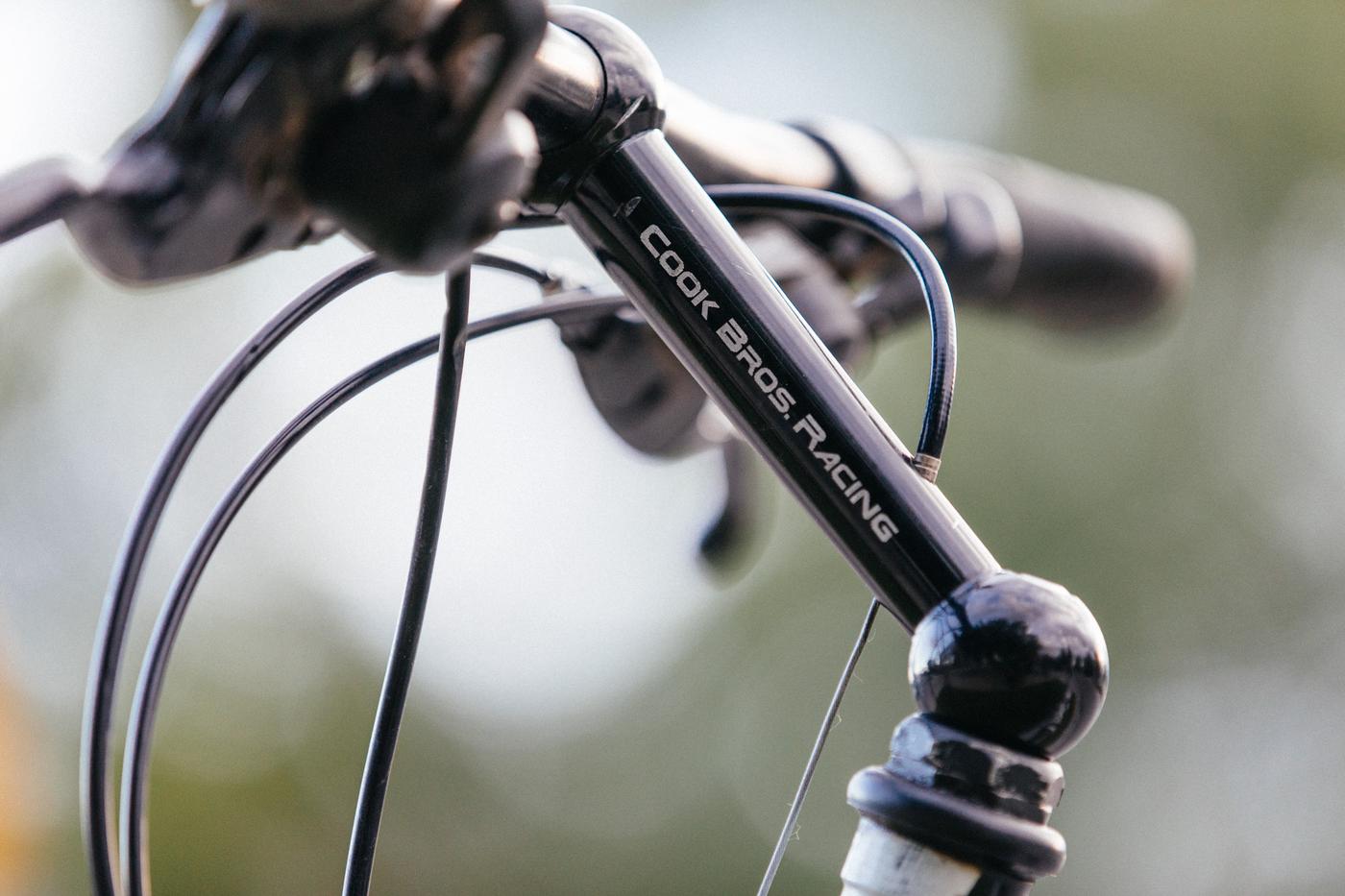 The Bonzo Fury was a downhill bike. With 2″ of rake and a complete Cook Brothers parts kit, it epitomized bike design at the time. Yet, in the typical framebuilder’s timeline, the bike wasn’t built until 1989, when Bob took that special photo of Hans on the 405. He actually picked the bike up from the painter, when it was still wet and threw it in a box with the other components before heading on a plane to the UK. The RADS and Bob grew together by going on insane cycling trips. From freeriding to what we’d now call bikepacking trips, Bob’s Bonzo Fury was the bike that solidified his love for adventure in the truest sense of the word. 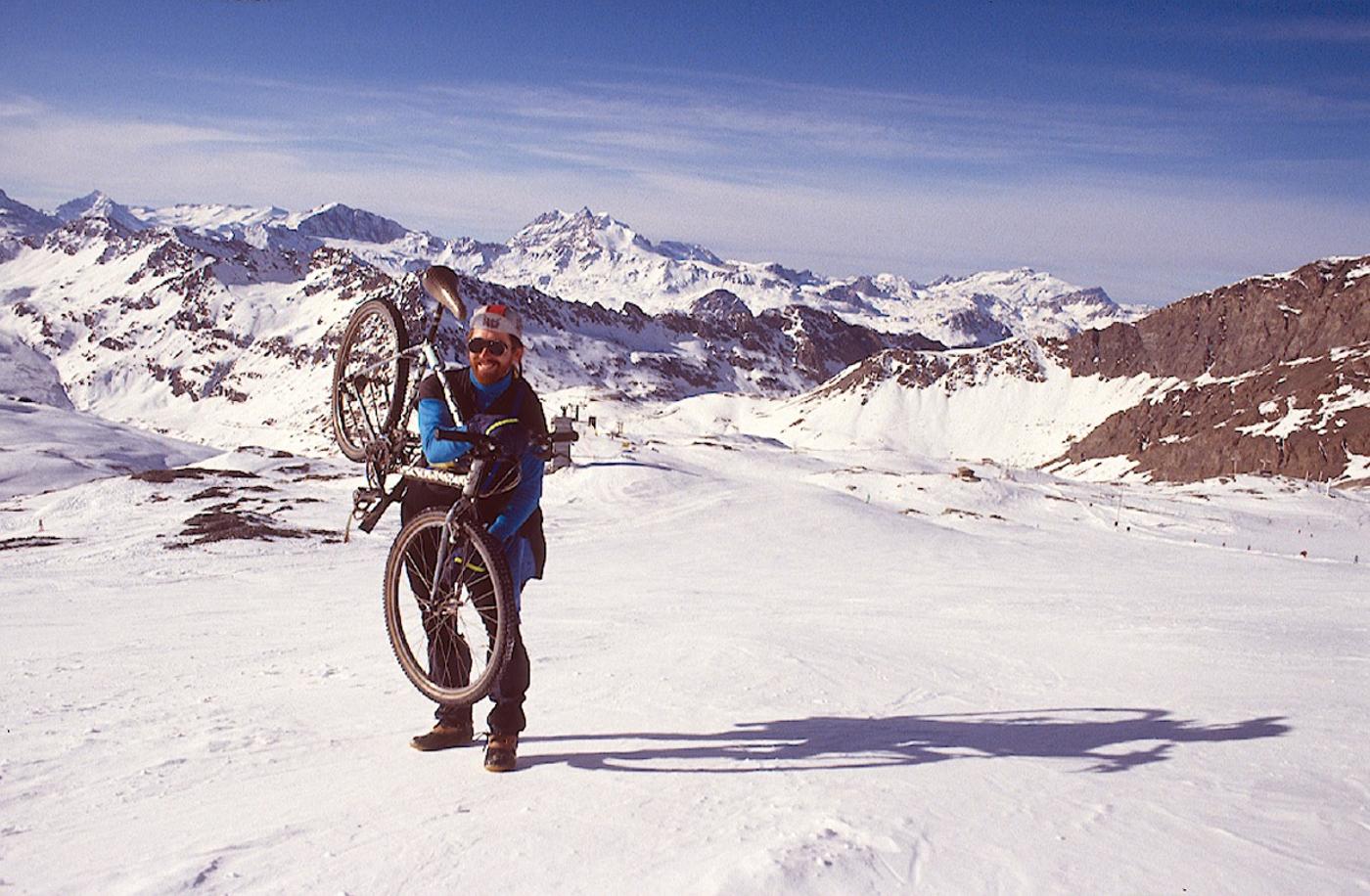 There were no websites, only maps, to provide answers, or at least more questions into route making. Bob packed up his Bonzo and headed into the wilds of the European backcountry.  He toured all over England, Ireland and Wales, won a race in Wales on it and then hung up the bike for the past 25 some-odd years. You can barely make out the serial number here… but it’s there!

In the past two decades, Bob can count on one hand how many times he’s ridden ZELDA. It sat in his home here in Bozeman, Montana where I shot the bike. Coincidentally, the day after I shot ZELDA, Bob received a package from Cook Brothers. Inside it was a raw, unfinished Cook Brothers handlebar, to really tie the build together! I am so honored to have Bob bring this bike to me and to have him share its story. Shoots like this really put this whole cycling world in perspective. People have long toured on bikes on singletrack before there was the term bikepacking, custom bikes always had wild finishes, and yeah, even that RADS logo looks familiar!