Stayer Cycles, a framebuilder from East London makes bikes of the off-road variety from production models like their Groadinger and Chigzag to full-on custom project like this. This is Raoul’s second bike from Stayer. This bike was built around two items: Bontrager 3.0” Chubacarbra tires and a front rack duffle bag from Dan at Envelope Bagworks. What Stayer sculpted from those two items is really something else. See more below, check out a more in-depth look at Raoul’s dirt drop bike, and read about more of their custom builds at Stayer! 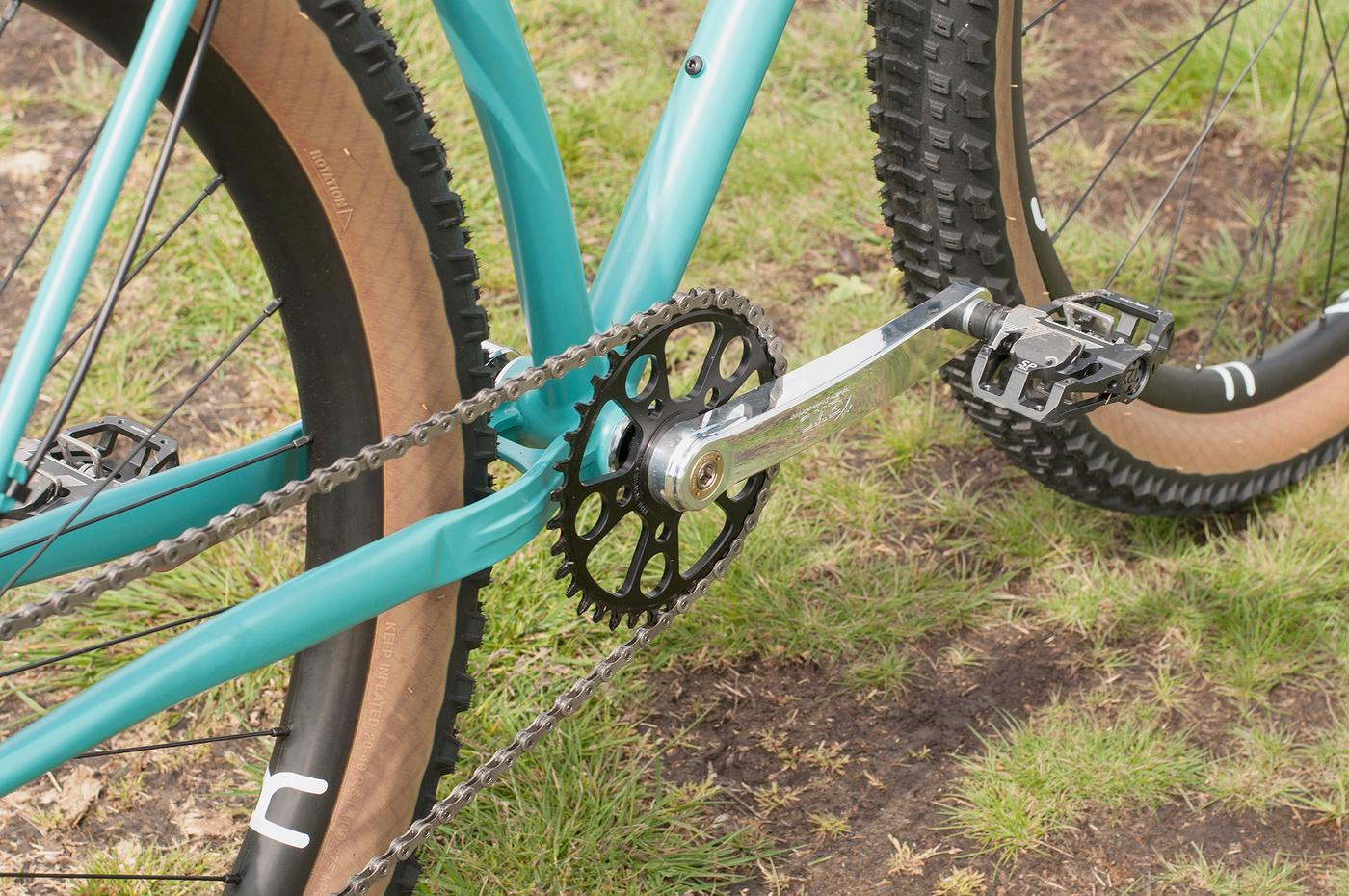