Throughout the Spring I was unfortunate in that I had to miss all of the El Grupo Bikepacking overnight trips except our final one, the big end of season trip.  Colin had devised a modified Craters and Cinder Cones loop so that we could do a half loop as an overnighter.  Now, most of our trips are totally self-supported, but as Colin was still recovering from his Achilles injury, he planned to drive the van and meetup to camp with us.  Nonetheless, the kids still carried all of their gear, but we were lucky to have a little water and snack angel along the way. While the days, at 35 miles each, seemed quite moderate, the altitude was pretty drastically different from the lowlands of Tucson.  It would be many of the kid’s first time over 9000 feet, a fitting finale and a little break from the heat down South.

New to the squad this time was Pearl, who was a member of the El Grupo team when she was in high school and came back to help us coach this route.  All the kids piled in the van Friday evening so we could five hours north so we could start at a reasonable time the following day.  After plenty of jostling around on a rough road in a fully loaded van and trailer, we found an unoccupied spot and then all we had to do was get some bleary-eyed kids to set up tents at 11 pm. Another welcome change was our new navigation capabilities. Wahoo generously donated a GPS computer for each kid in the program.  With the route cued up, the kids played Pac-man with those little chevrons and led the way throughout the weekend.  It was a big step to let them truly be out in front. I felt much more like a chaperone and less of a guide. The kids absolutely loved being able to compare stats, find their own way, and I never had to answer a single “How much farther?” I look forward to a day when these kids will be able to design their own routes and then lead me on them and I feel that isn’t too far off now, but I digress…

We started our trip on some uphill single-track as we made our way over Mt Elden.  We passed some of the logging operations that had most of the forest closed down.  As we climbed we eventually reached a burned out zone that left us exposed as we climbed in the midday sun.  After a few final snow crossings under the budding aspens of the San Fransisco peaks, we finally got a rip-roaring descent toward the younger Cinder Cones to the East.  Dirt gave way to roads and trails paved with Scoria. In the end, we made our camp between the high desert Junipers for the evening. 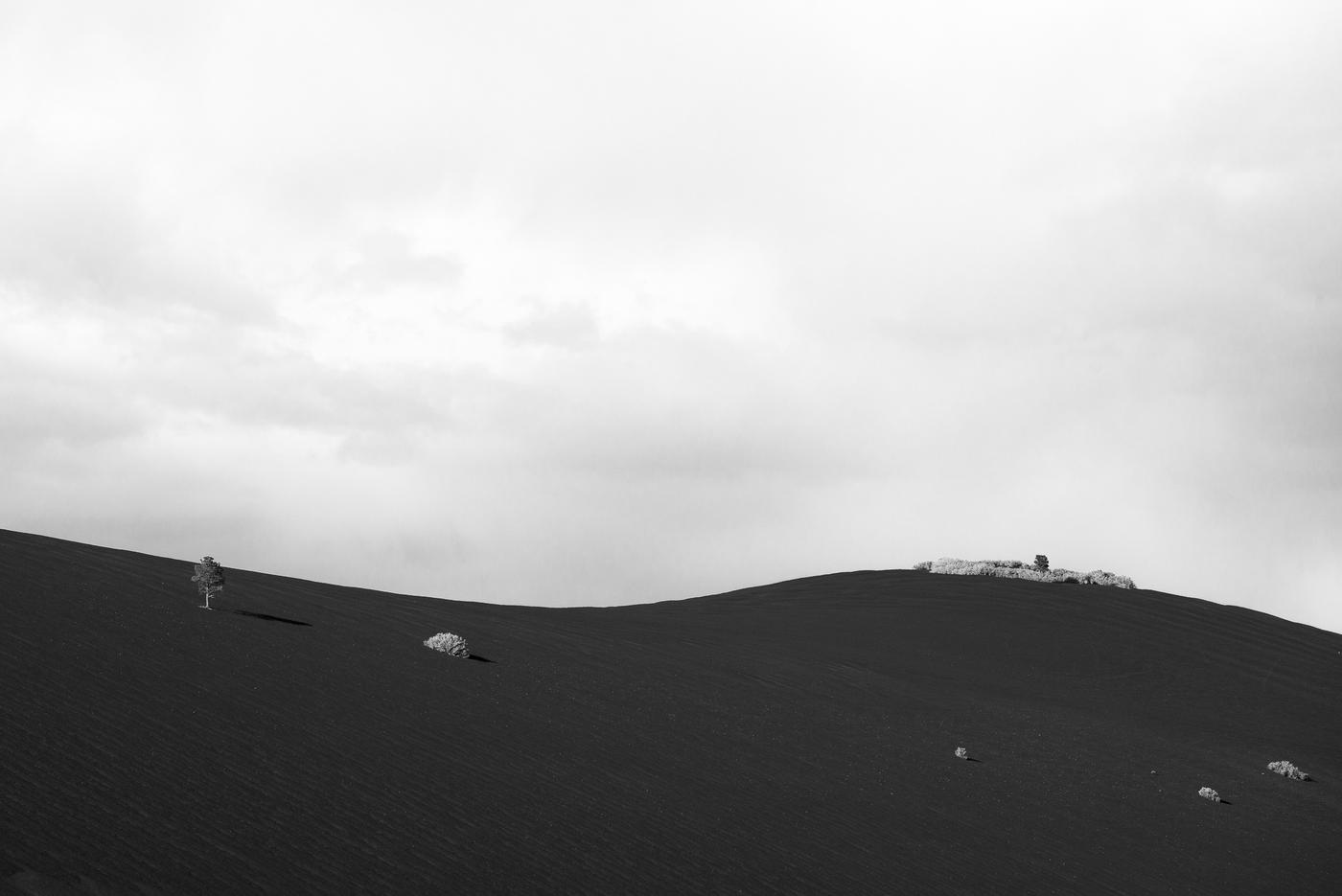 In the morning a more barren and open landscape awaited us, with the occasional cow and sweet DIY camper peppering the landscape.  On the edge of the Colorado Plateau, we completed our circumnavigation of the San Fransisco peaks around a few last cinder cones.  Colin was there to meet us when our need for water was the direst and shade was in short supply.  A final push back up into the pines would take us back to the van, where Colin whisked us off to Chipotle and finally back to Tucson.

This route was tough, despite the “support” the kids still had a daunting amount of riding to do in two days as this was the culmination of our spring season. The kids have become quite the bikepackers this past year and continue to impress me on and off the bike.  It is easy to dismiss High/Middle School as trivial with the distance of time, but in these kids, I can truly see the weight of all that teenage uncertainty and anxiety.  It’s not easy to push yourself like this the weekend before finals and much less, choose to do so. I’m so damn proud of these kids. With a fresh round of kids growing out of the younger Grupitto program, we are looking forward to possibly expanding how many kids we can take on trips in the future.  Once again none of this would be able to happen without the tireless work of Colin behind the scenes and in the thick of it all.  Veronique has been given her time and energy to El Grupo as a whole for years and has been single handily leading many of the trips this past season.  And we can’t forget to thank the companies and organizations that continue to donate gear so that these kids can have rad setups; Wahoo, Ortlieb, Revelate Designs, Big Agnes, Blue Dog Bikes, bikepacking.com, and Transit Cycles.

The kids are alright y’all….