Living in Butte County provides ample riding of every type available right out the front door. Low- traffic roads lead into a pretty agricultural valley in one direction, or up into the Sierra foothills and buttes in the other. Gravel roads run along riverbanks, rice fields, and orchards, and logging roads lead up into the Lassen National Forest area. A 20-minute ride from downtown Chico leads you into some chunky challenging singletrack in Bidwell Park, and epic Sierra Nevada mountain biking is nearby in Downieville and Quincy. There are plenty of testing grounds available and it’s no surprise Chico framebuilders have been prone to innovate. 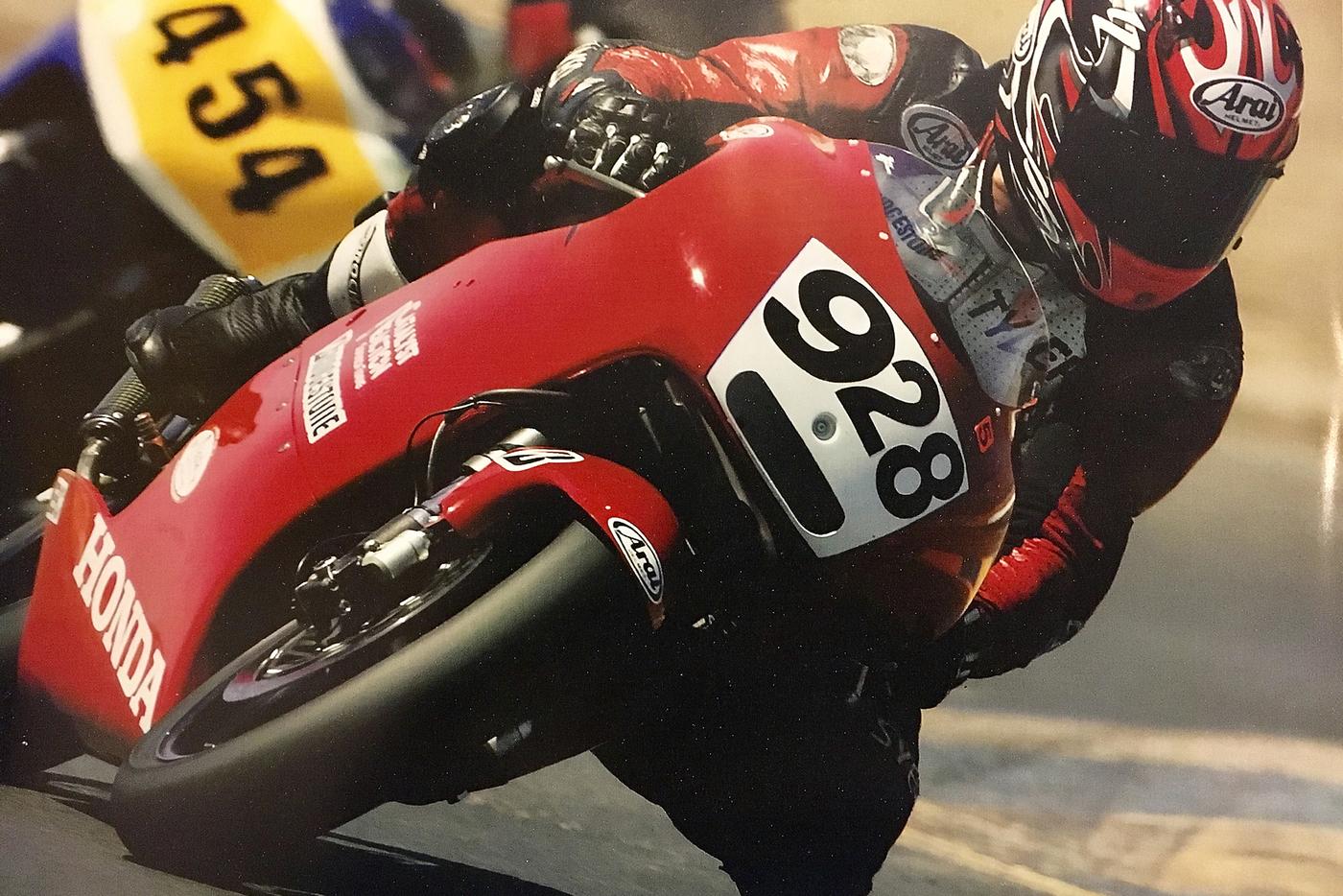 Tyler Reiswig is 3rd generation Chico and grew up racing and wrenching on motorcycles, Shifter Karts, and Outlaw Karts. He started racing BMX when he was 5 years old. He raced flat-track motorcycles and even had a successful stint racing 2-stroke GP bikes from 2002-2006. Tyler has since been wrenching in bike shops and racing XC, CX, and Enduro for fun, not hiding from his competitive roots.

“My dad was always mildly annoyed by me incessantly asking ‘WHY?’ throughout my entire childhood. That’s pretty much how I still operate and how I’ve learned most things. My dad taught me to weld at an early age, MIG-welding small tabs and brackets for various projects, and TIG-welding aluminum by age 12. I was turning and welding custom footpeg brackets and other bits for our race motorcycles.”

In 2015 the cards started falling into place. “Through cosmic coincidence, Mitch Pryor bought the house across the street from mine just as I began the journey of building my first bike frame,” explains Tyler. “I asked him endless questions about literally everything regarding frame building and frame dynamics. He always patiently entertained my enthusiastic pursuit of frame building knowledge. He really helped set me off in the right direction.”

In 2017 a local bike shop sold him a New England Cycling Academy frame alignment table system from 1988. “Mike Peavy was an early mentor of mine when I first starting riding the Fast 50 (a local training ride) in high school. When he found out I had an interest in building frames, he expressed the importance and value of a frame alignment table and made sure that I was going to be the owner of the NECA table that lived at Cyclesport for its whole life.” These days Tyler machines fork dropouts and miters tubing with natural ease on a little Logan lathe from the 1940’s that his dad got when he was 16 years old, and which Tyler learned to operate at the age of 8. Compound miters are made with a bench grinder and Dynafile.

Though fluent in just about every style of welding, Tyler is enamored with one of the more difficult ways of framebuilding, fillet-brazing. “I only recently fell in love with brazing, when modifying and then

building bicycle frames became my focus. All of my frames are fillet brazed, partly due to the romantic value and beauty of a fillet brazed joint, but mainly because if you are going to build a custom bike, why not make it a bike that will outlive the rider and never have a joint failure.” 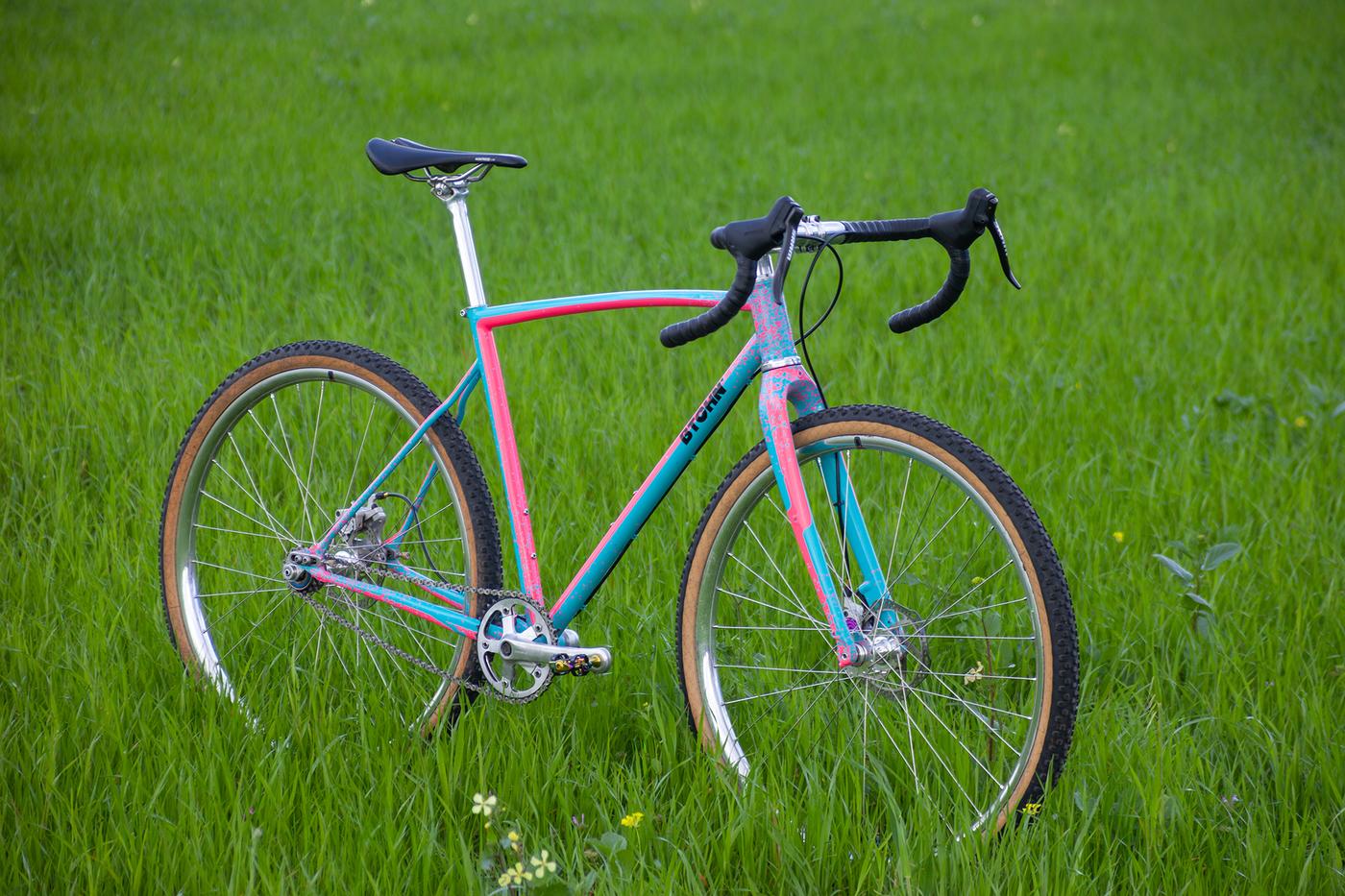 MAP’s influence can be seen in the meticulous and deep custom craftsmanship that Tyler embraces. “I build custom bikes. I make the dropouts. I make the seat stays. I shape, bend, and roll the tubes. I whittle and tweak every cable guide so the housing doesn’t rattle. I literally touch and change every single freaking piece of the frame so it is right. I refuse to assemble off the shelf pieces and call it a ‘custom frame’. That’s just not what I consider custom.” 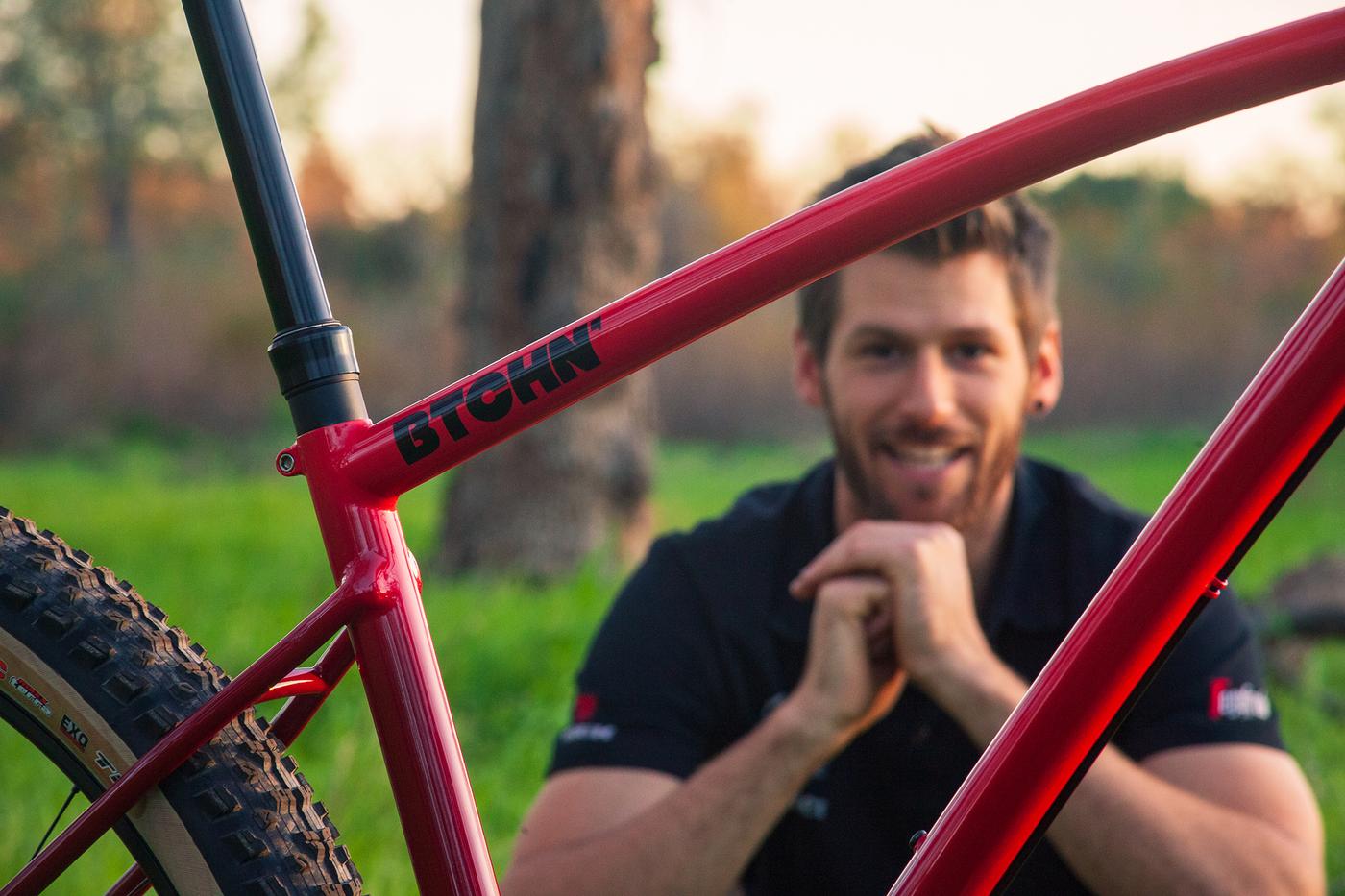 You can learn more about BTCHN’ Bikes on Instagram and even order bullmoose bars on his website.