Touring the Route Beer with Pannier in the English Countryside

A Weekend Pedal Across the English Isle with Pannier
Words by Mark Finster, photos by David Sear and Stef Amato

The folks at UK-based cycling adventure co. Pannier are doing great things. From before I ever started backpacking and touring, I’d had a romantic vision of touring around the English countryside – stopping into pubs when I needed food and rest, waving at sheep. The “usual stuff” had always prevented me from actually doing it – namely, the logistics of mapping a route and flying a bunch of gear across the pond. So it felt like divine intervention just a few weeks ago when I discovered the Route Beer Ramble – a 200km weekend group ride from London to Bristol, wrapping up with custom-brewed beers (and a brewery tour) at Cocksure Brewing Co.

I was told by Stef and Dave (Pannier head-honchos) that I’d only need to bring a helmet, pedals and cycling shoes – they’d essentially handle everything else. This removed my biggest obstacle – and as the sole international traveler, it made booking this trip last-minute infinitely do-able. Upon arrival, Stef had me fully setup with a beautiful Surly Straggler with fat gravel tires and Ortleib weatherproof bags. All the necessary camping gear (tent, pad and bag) would be ready and waiting for me upon arrival at our first checkpoint. This was really almost a bit too good to be true.

Not far into day 1, Stef rode next to me and asked if I was enjoying the English countryside. We weren’t entirely removed from “greater London” at that point (some highways and industrial sites were scattered about) – but I looked around at the mostly green landscape and replied with an overly-enthusiastic “Yeah man! This is f*cking dreamy!” He laughed and rode ahead as I realized he probably asked me in jest. Others in the crew made similar jokes when we’d be waiting to cross a busy intersection, perhaps embarrassed that some SoCal bloke would fly 5,500+ miles just to ride what they considered “not very interesting” stuff. 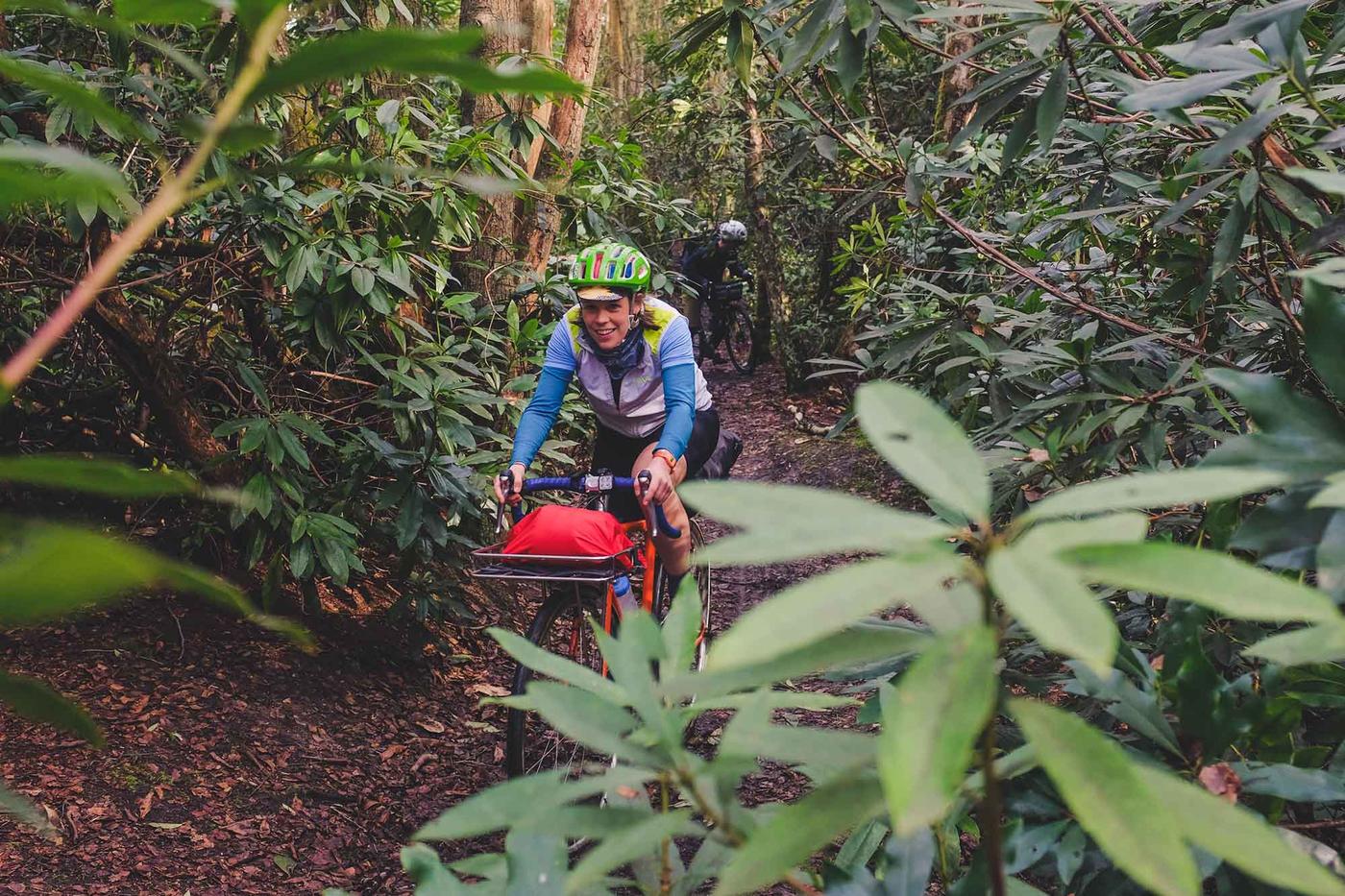 But I wasn’t kidding. Despite the recent #superbloom vibes around LA, we live in the desert out here. I still explode emotionally when I see a river or stream – let alone, ride above or through one. Cruising with a group of new people in a foreign landscape only heightened my sense of childhood wonder. “Young me” would have been thrilled with “Old me.” 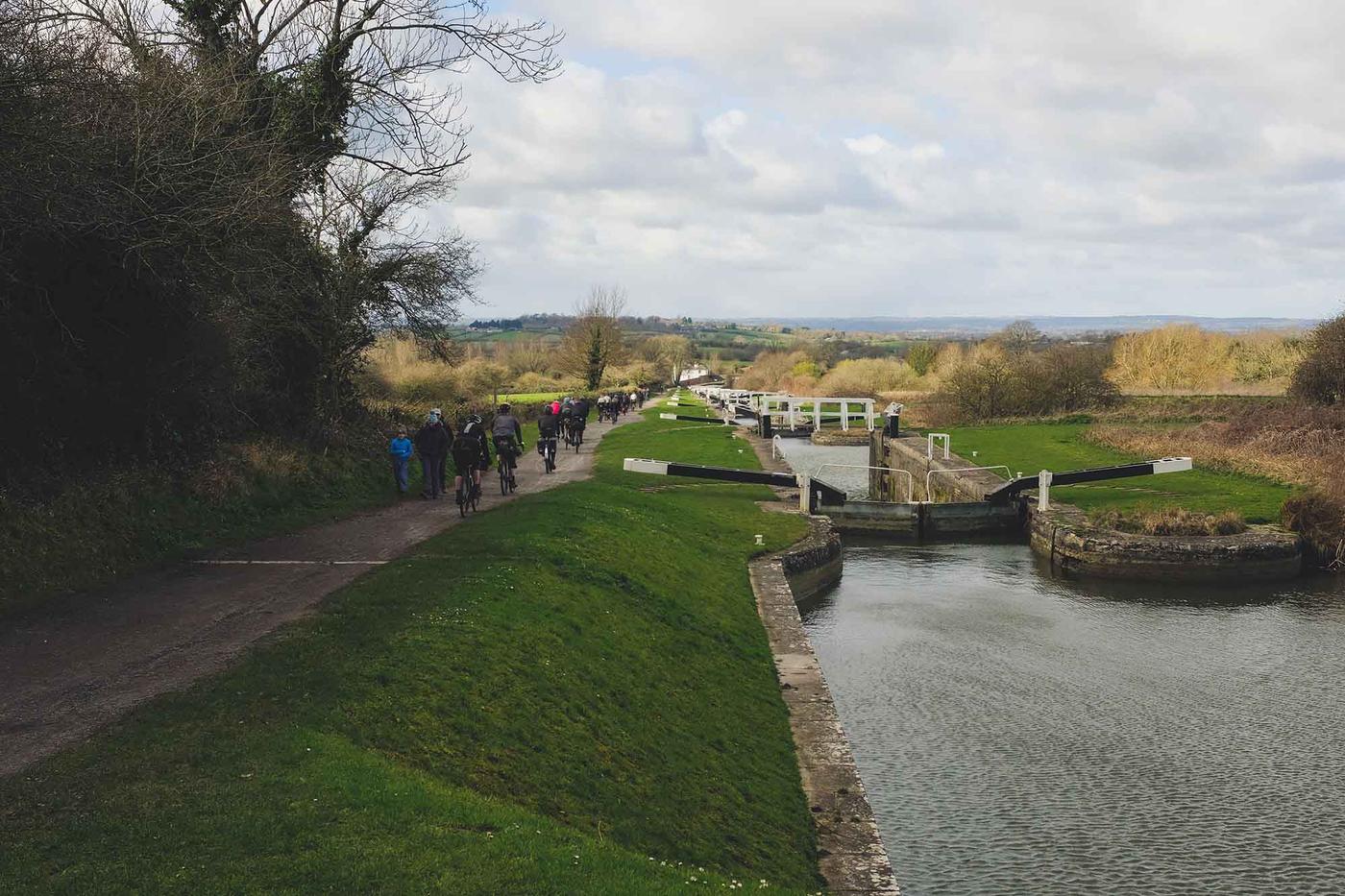 We rode through wind and rain and sun and hail; at one point, enjoyed a 22 mile stretch along an ancient canal near Bath (originally, a Roman outpost). When it comes to psychedelic riding experiences (cycledelic?) – we shot through at 1.5 mile long converted railway tunnel with little art installations that would light up and play a violin tune as you rode by. Sure enough, The Pannier team had a dreamy campsite setup and ready upon arrival in the tiny English countryside town of Wilcot (population 558). Our “camp meal” turned out to be a delicious (and cozy) experience at the town’s pub, The Golden Swan. I washed down a steak & ale pie with… a fair amount of ale. 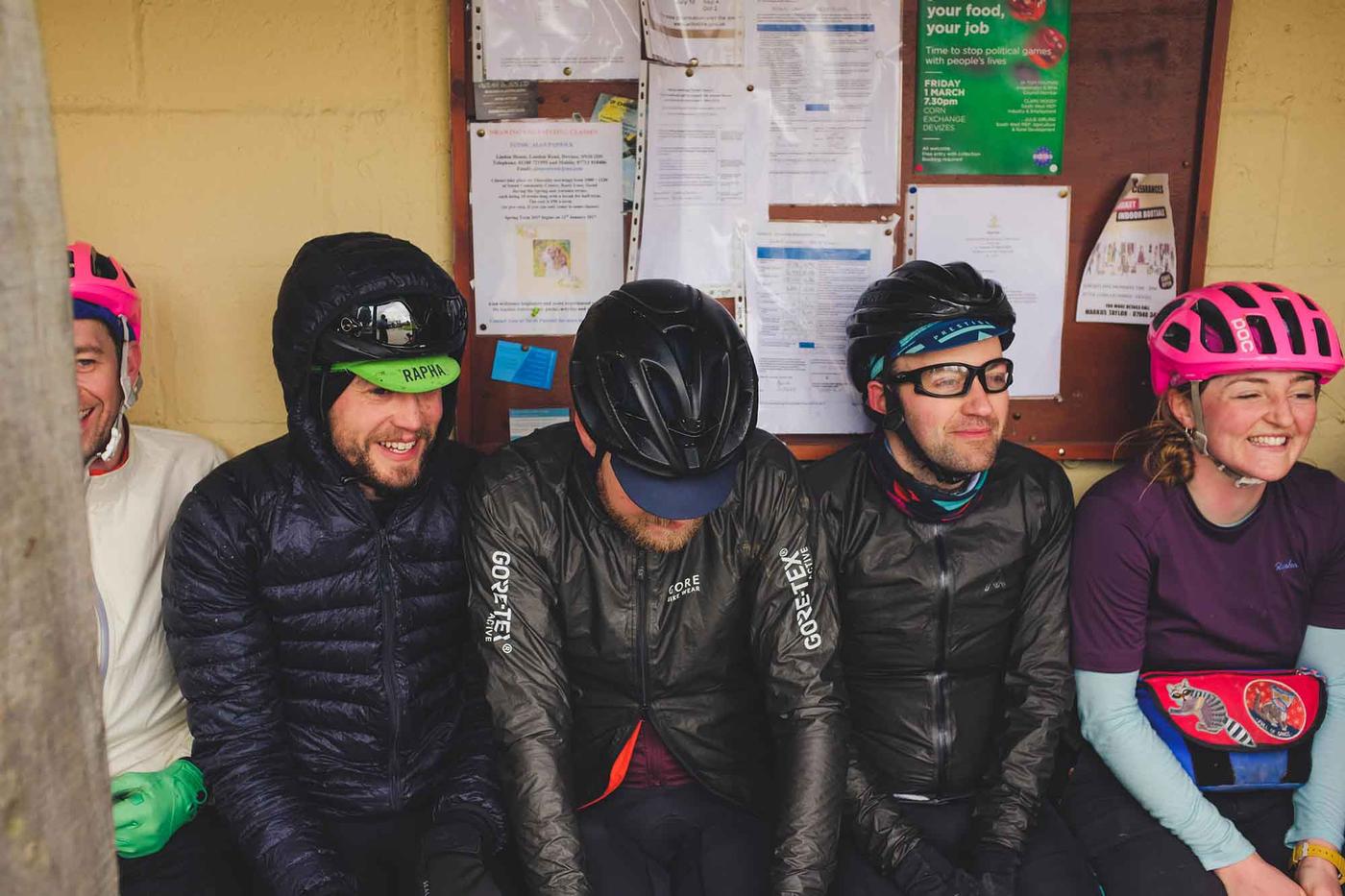 I wouldn’t call the entire ride a “walk in the park” (… but hey, we rode through some pretty stunning parks). I was exhausted after that first day of riding 100+ miles through virtually every UK terrain imaginable. We woke to 45mph winds for our second day of riding – which meant a tight huddle on the road, lest you stop for a photo and spend an hour trying to catch up. I’ve spent way more time trail running in recent months instead of logging miles in the saddle – so this was a wake-up call to get back out there! 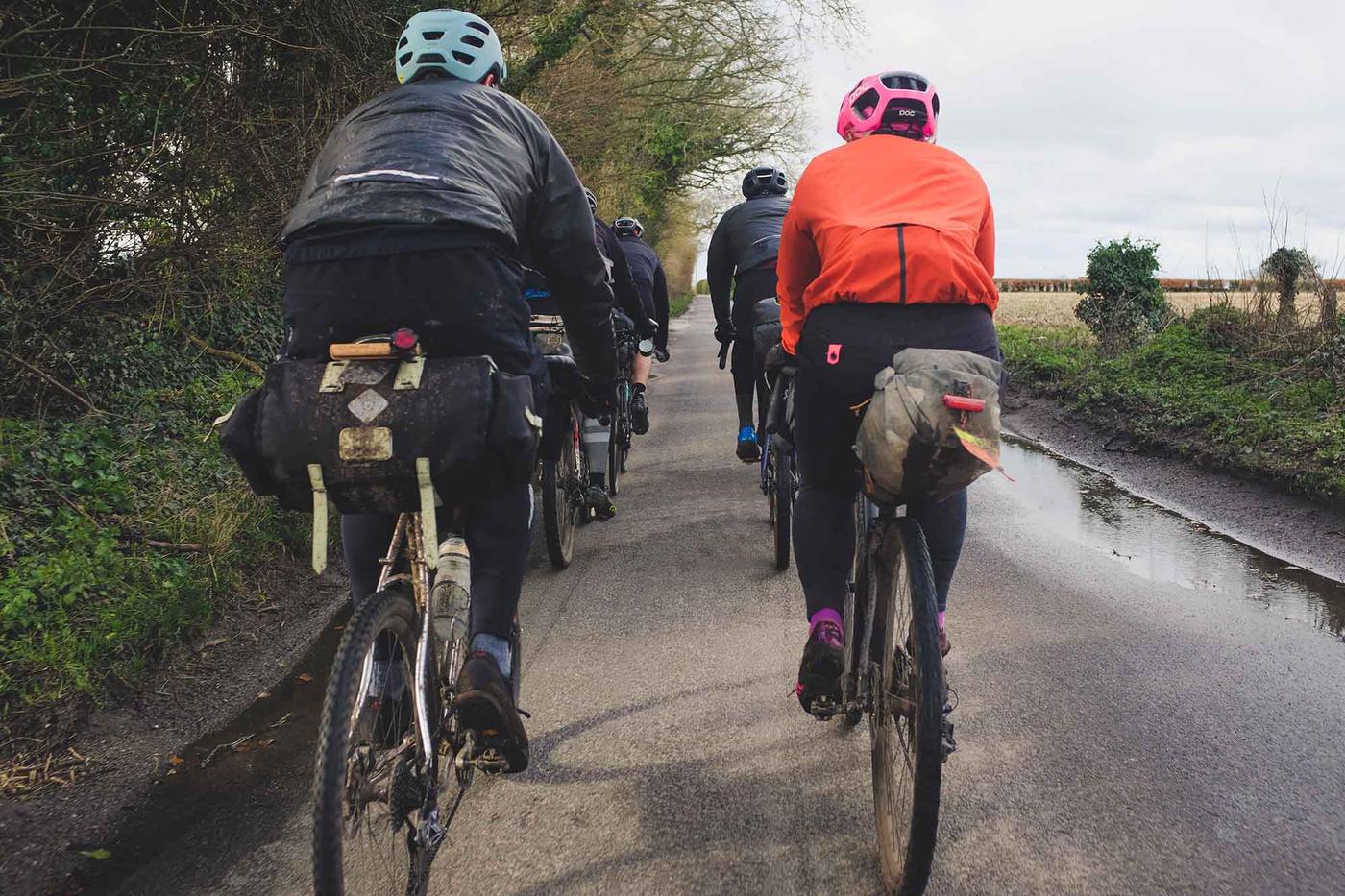 The Pannier crew crafted an expert route with deep knowledge of the finest backroads, canal paths, and generous amounts of gravel-style riding. This was a “no-drop” ride; the well-being of our 20 person crew took priority over who arrived first at the next checkpoint. Flat tires were a group effort, and it made quick friends out of a group of mostly-strangers. That, I’d argue, is one of the biggest joys of international travel. The Route Beer tour left a lasting impression on me – namely, with Pannier’s attention to detail with curating a really great ‘group’ vibe. Check out their summer tour schedule for some exceptionally-rad looking routes, including Desert of Wales (UK – June) and The Hope Route (Bosnia – September). You’ll be in good hands.