Frostbike 2019: Three Shots of Whisky With a Carbon Back
Photos and words by Jarrod Bunk

Whisky Components chose Quality Bicycle Products Frostbike to unveil some new products this year, and along with it, they proved that the sum of a well-appointed bicycle is in its parts.  With three unique builds designed around a Surly Wednesday, Surly Karate Monkey, and Surly Midnight special, all shod in a certain shade of retina burn that when entering the expo halls was sure to catch your eye. 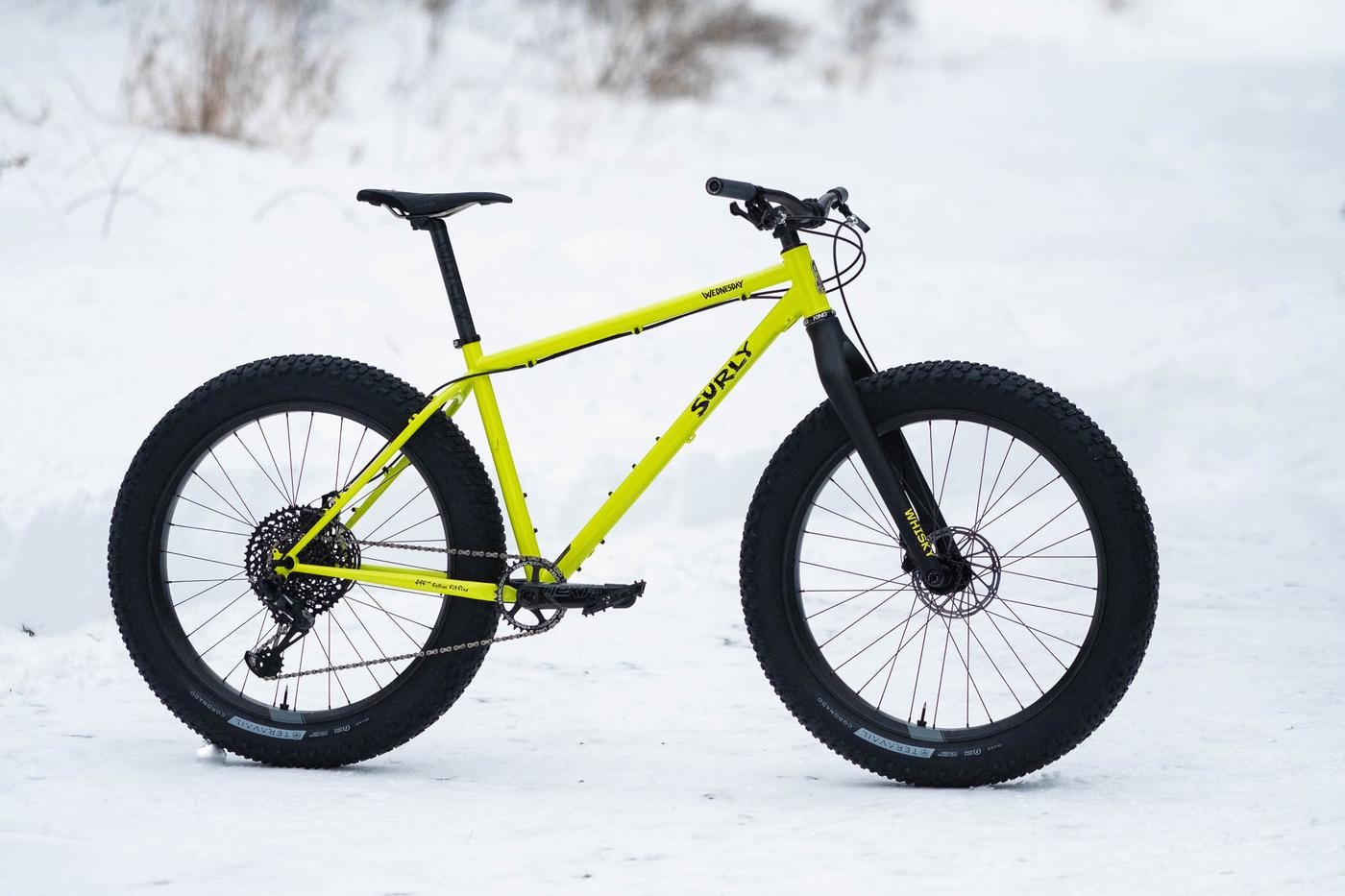 There’s much more going on than at first glance, but the paint/carbon combo worked out really well, I’ve been told the Wednesday weighed under 27lbs.