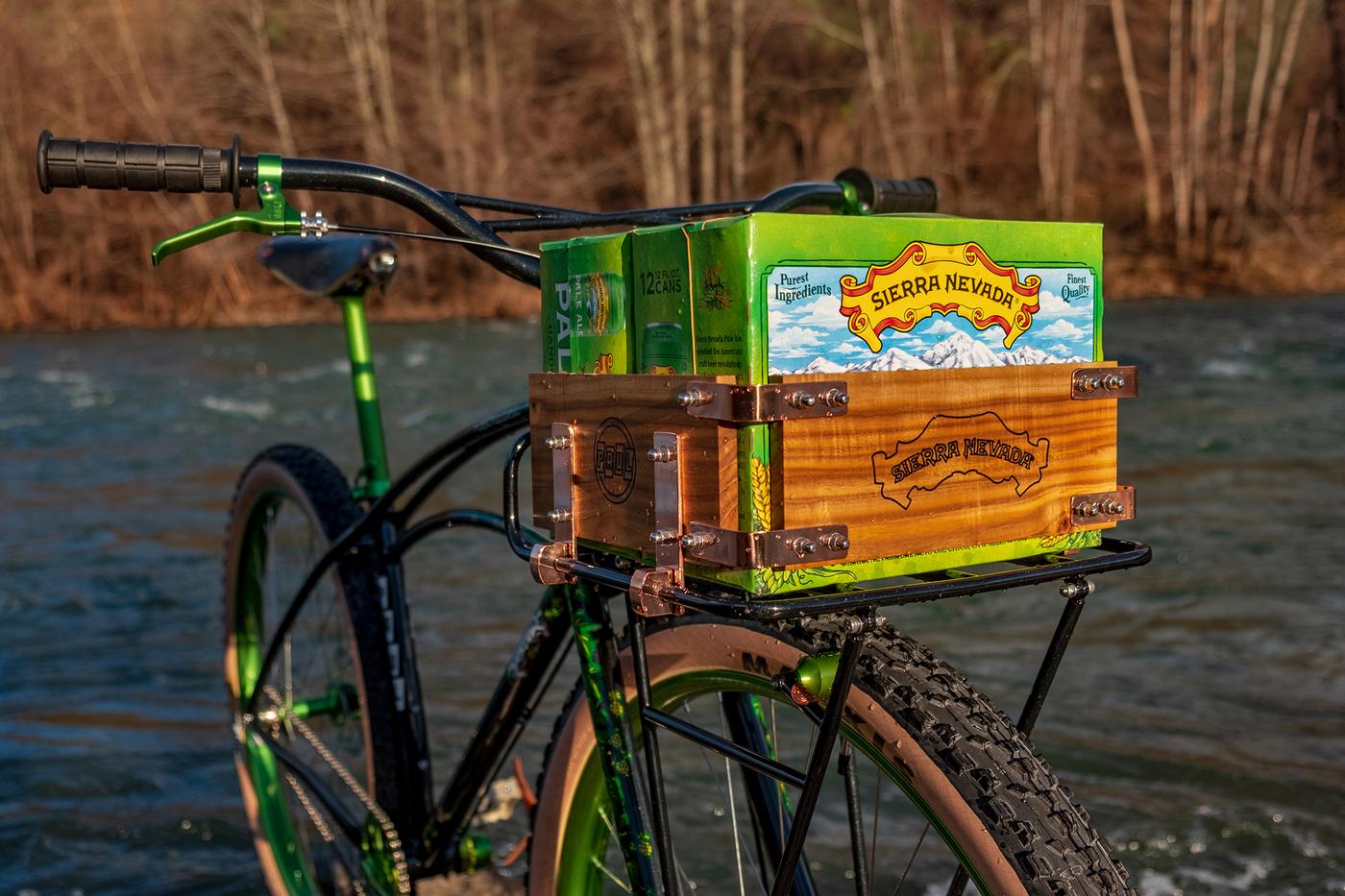 “The Sierra Klunker is a bike that pays homage to the simple, fun, and rowdy birth of Mountain Biking while honoring its roots in Northern California”

“Last year Sierra Nevada Brewery asked us to build them a sweet custom bike to show off at their beer garden at the Sea Otter Classic. Them being our favorite brewery of all time (and where Paul himself gets lunch EVERY day), we jumped at the chance and created the “Sierra Shredder”. It was a hit!

When they asked us to build them a bike again this year, we thought long and hard about it for a while, then went deep. It’s a little known fact that Chico’s own Bidwell Park (our backyard and product testing grounds) was host to the first mountain bike race in America, predating the first Repack race in Marin by two months. Chico also hosted early mountain bike frame building pioneers Mountain Goat and Retrotec. So, we drew inspiration from everything we loved about old school Klunker mountain bikes and created a tribute to the bikes that started it all, using as many of our own modern parts and other American manufacturers as possible. Curtis Inglis cut his teeth here in Chico at Retrotec Cycles, and his swoopy elegant frames are a perfect fit for the classic Klunker aesthetic we were looking for, so he built us a beautiful and shred-worthy frame and fork. Oddity made us an extra-wide-very-moto custom handlebar from scratch. Pass and Stow in Oakland sent us the latest version of their front rack to use as a base for Paul’s one-off beer rack, which he made from copper (to match the prominent copper kettles at the Sierra Nevada Brewery) and Chinese Pistachio wood (a tree found all over Chico neighborhoods). White Industries in Petaluma supplied the single speed freewheel, cranks, and headset.Oner supplied an eccentric bottom bracket, and Velocity USA in Michigan made the rims. We sent all the aluminum parts to the anodizer together and had them color-match everything to a six-pack of Pale Ale beer. Rounding out the American made parts are Oury Grips and Wheelsmith spokes. The rigid frame and fork coupled with one-speed gearing mean it’s a rough ride like the good old days, but at least the modern disc brakes stop better than the old coaster brakes did, so whoever wins this bike will only have to lube the chain. Wait, did we just say you could win this bike for yourself?!

After we show it off at the North American Handmade Bicycle Show, take it to the party at the Sierra Nevada Beer Garden at the Sea Otter Classic, and let Ken Grossman himself take it for a ride in Bidwell Park, you’ll be able to text to win this one-of-a kind-bike for yourself. Check out your local Total Wine in the Sacramento, Reno, and Bay Area locations or your favorite local carrier of Sierra Nevada beers for your chance to text to win the Sierra Klunker!” 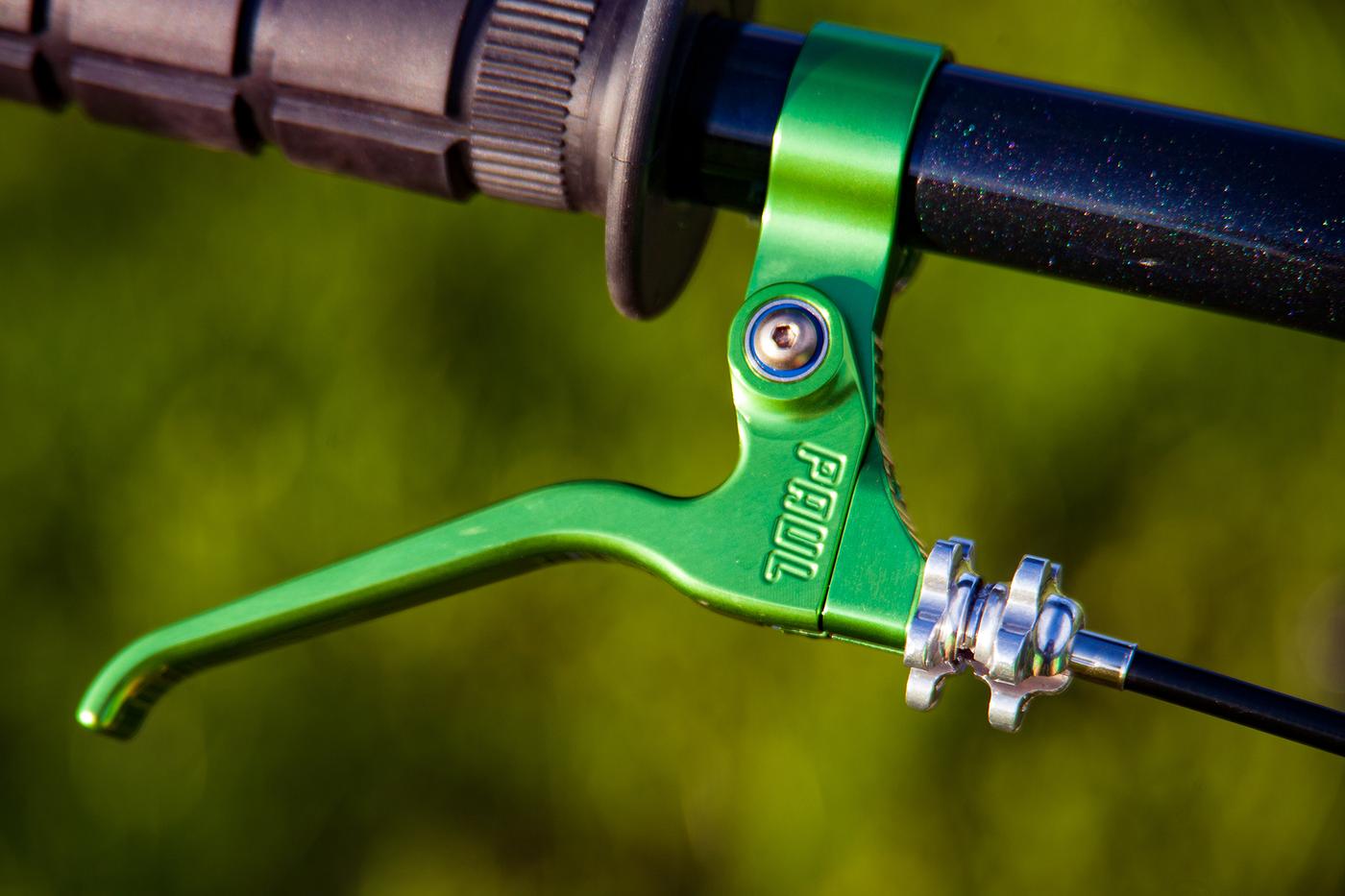 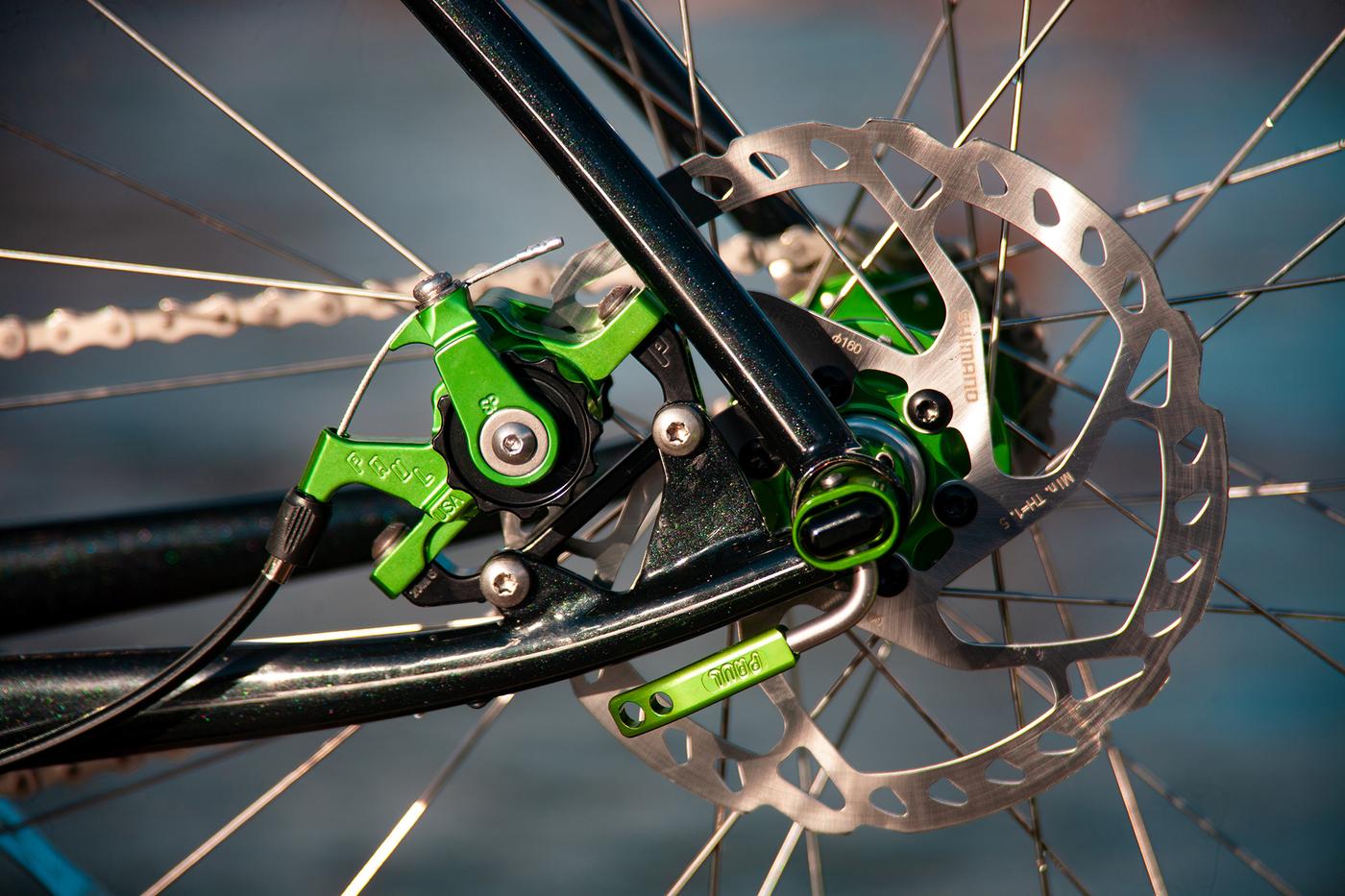 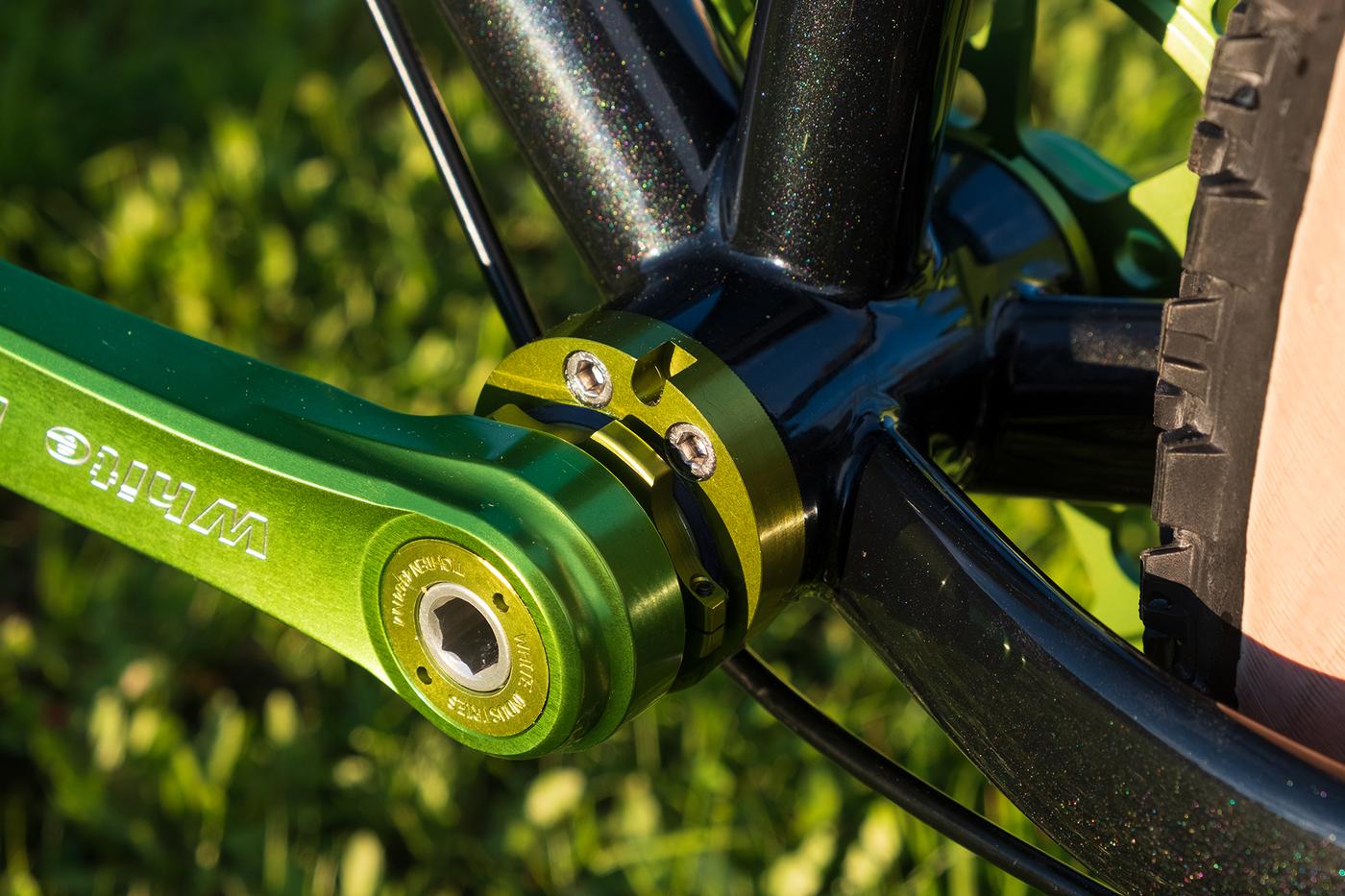 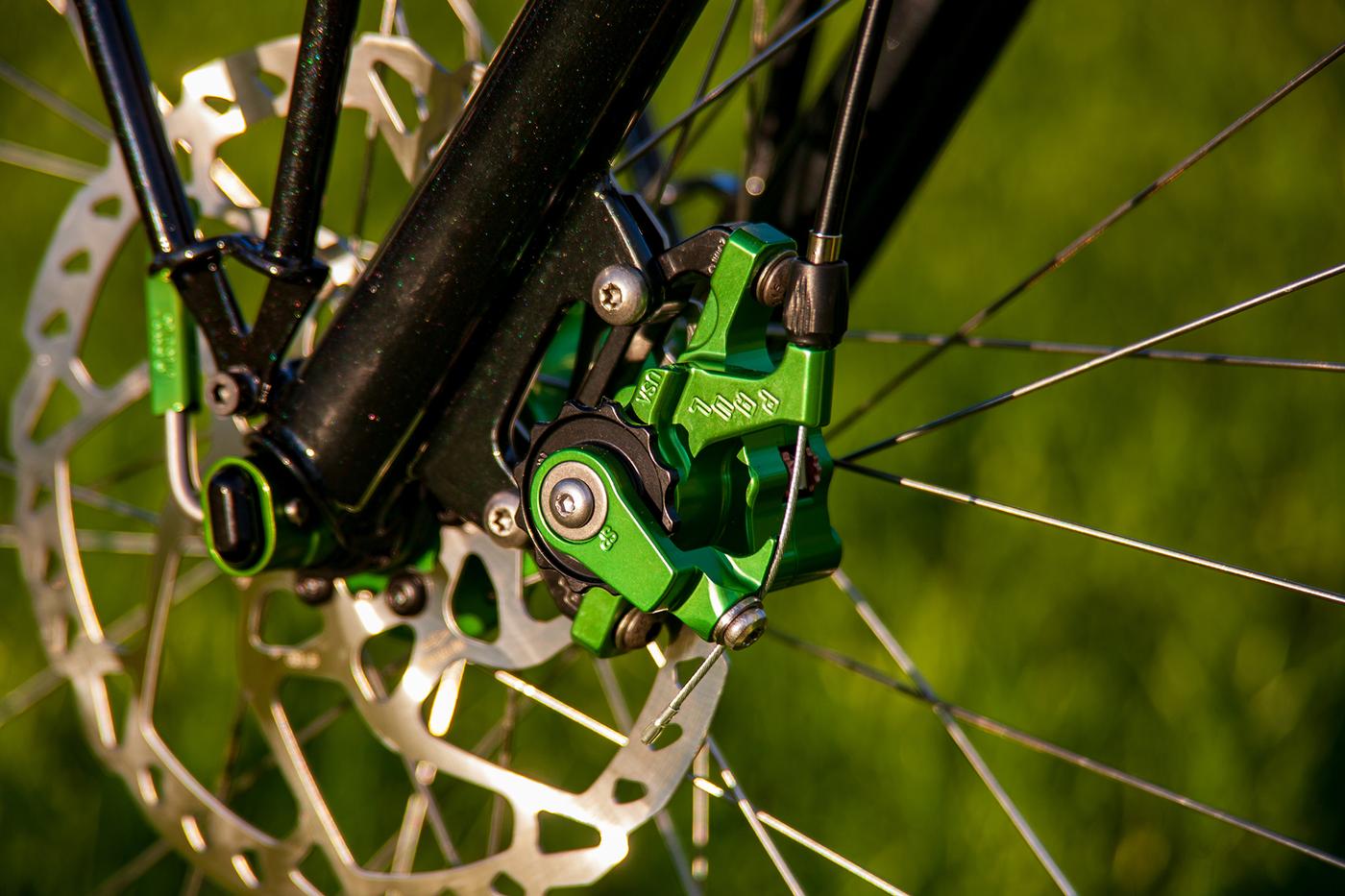 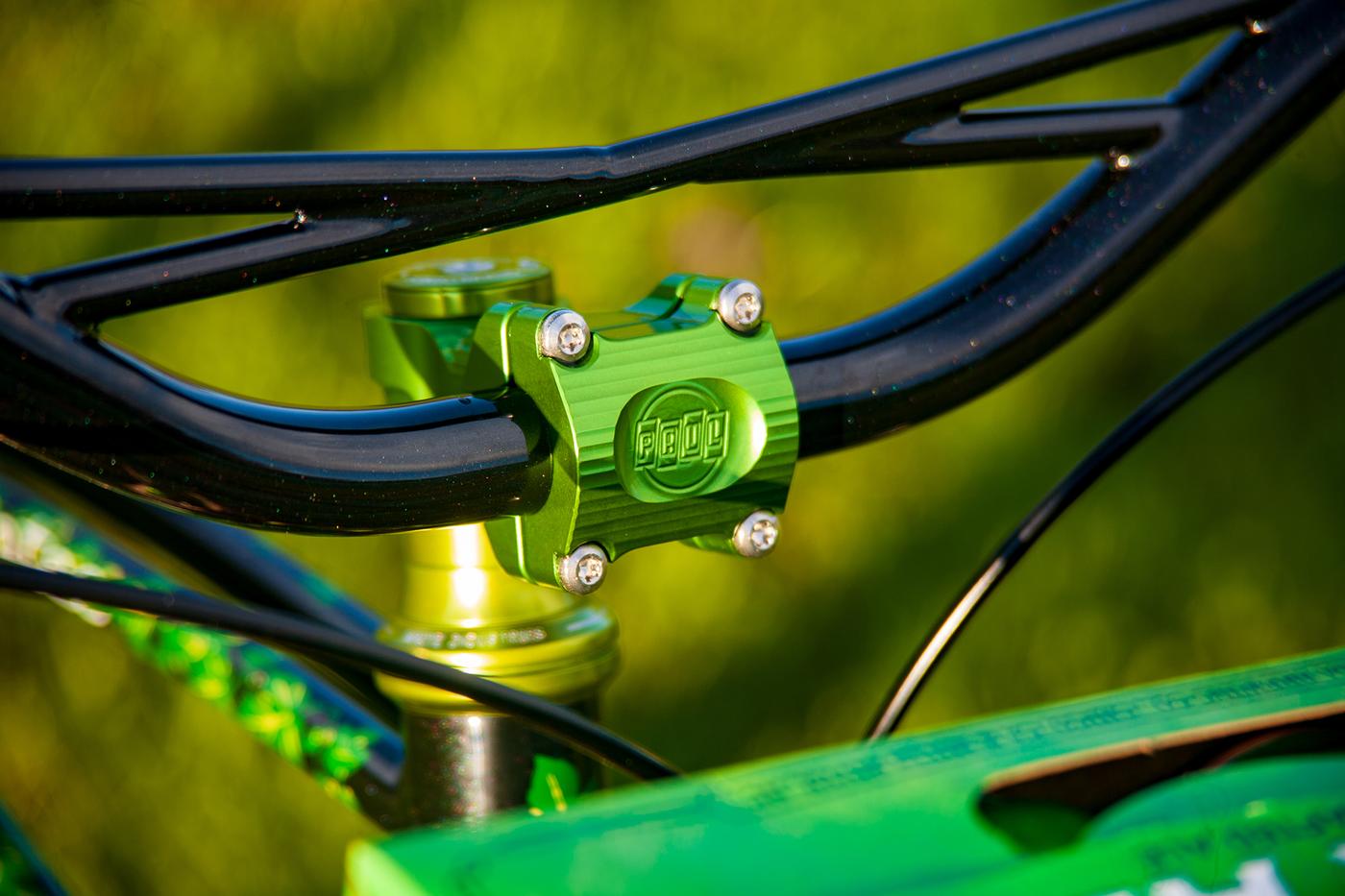 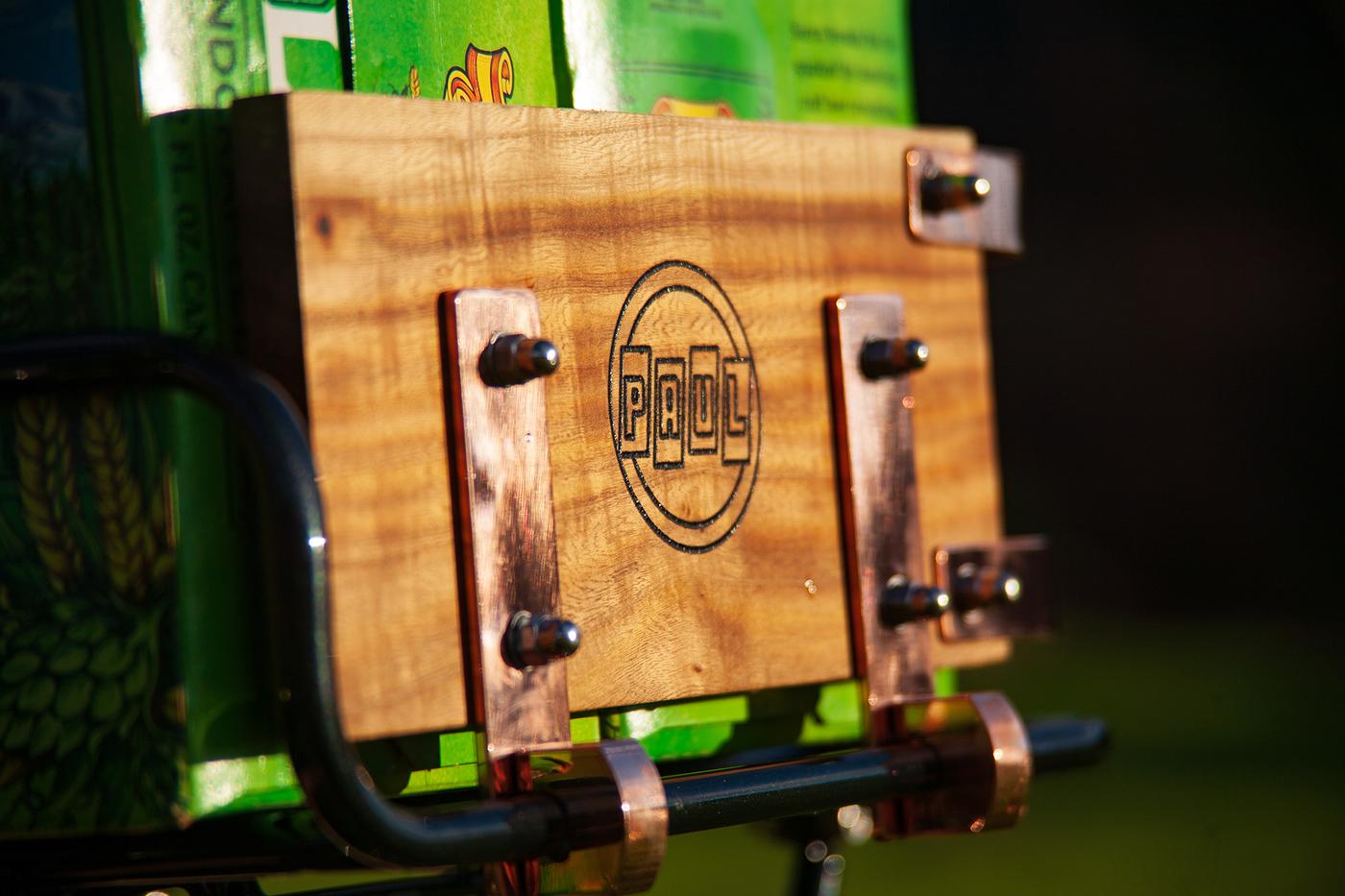 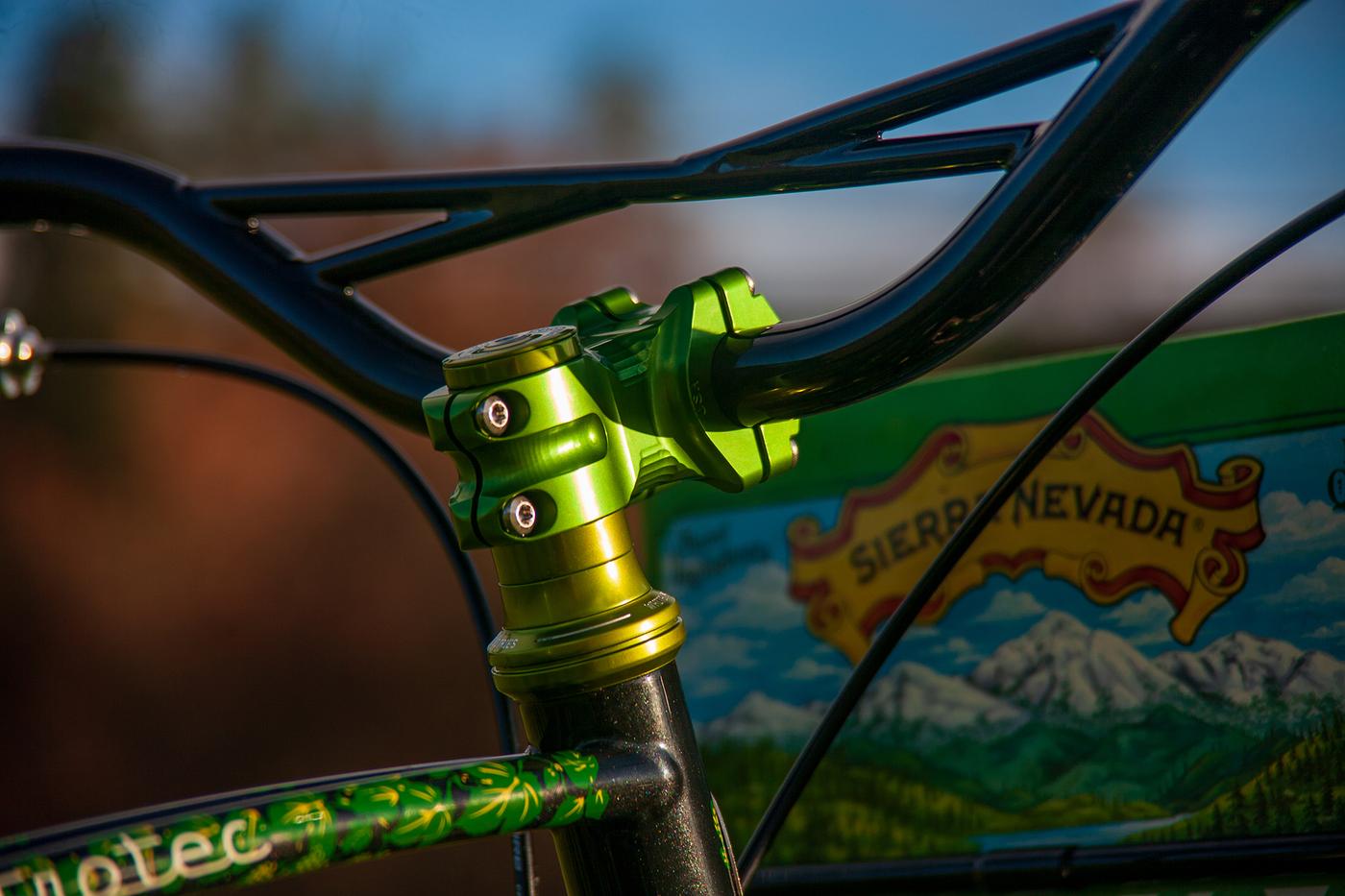 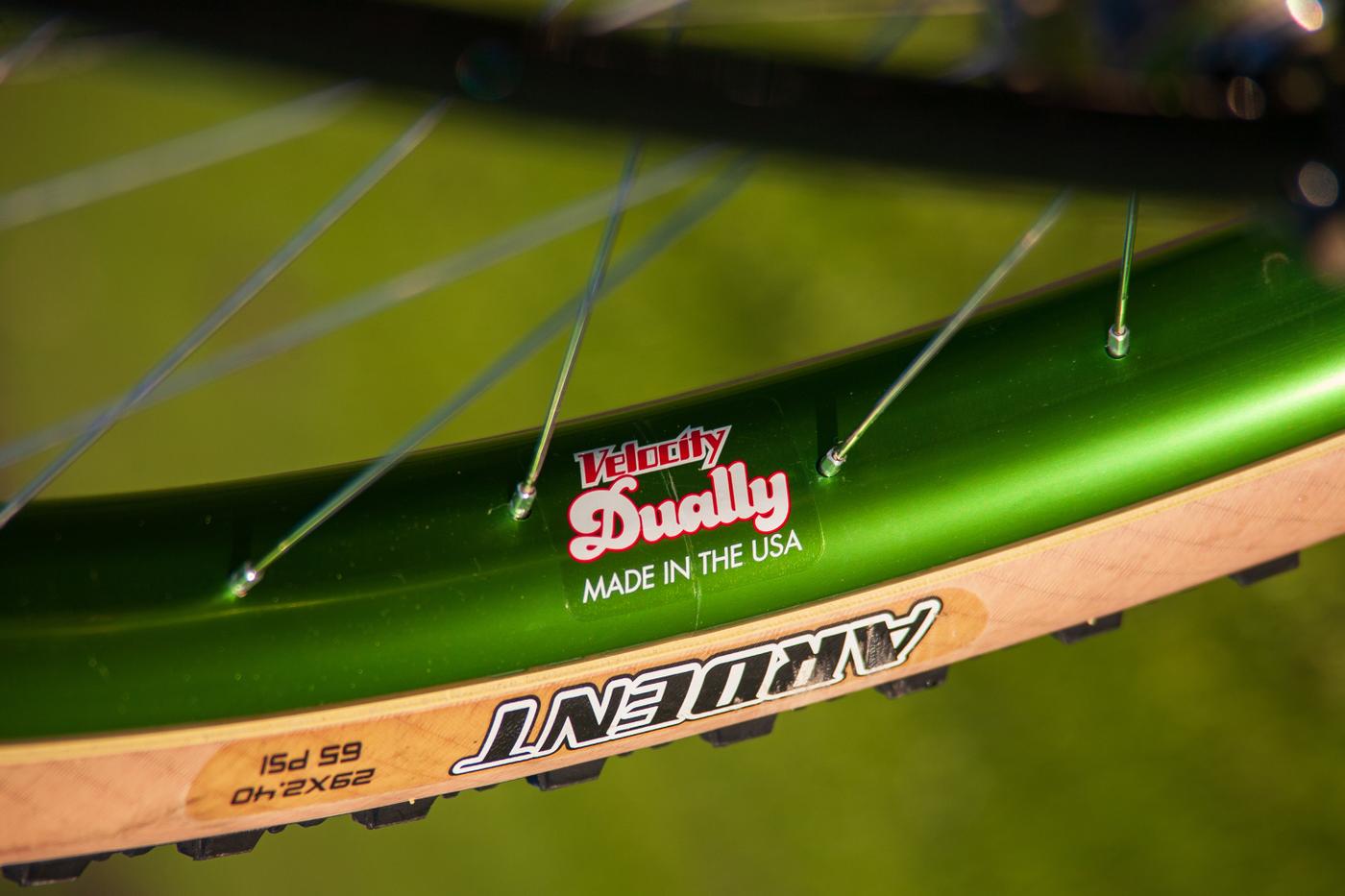 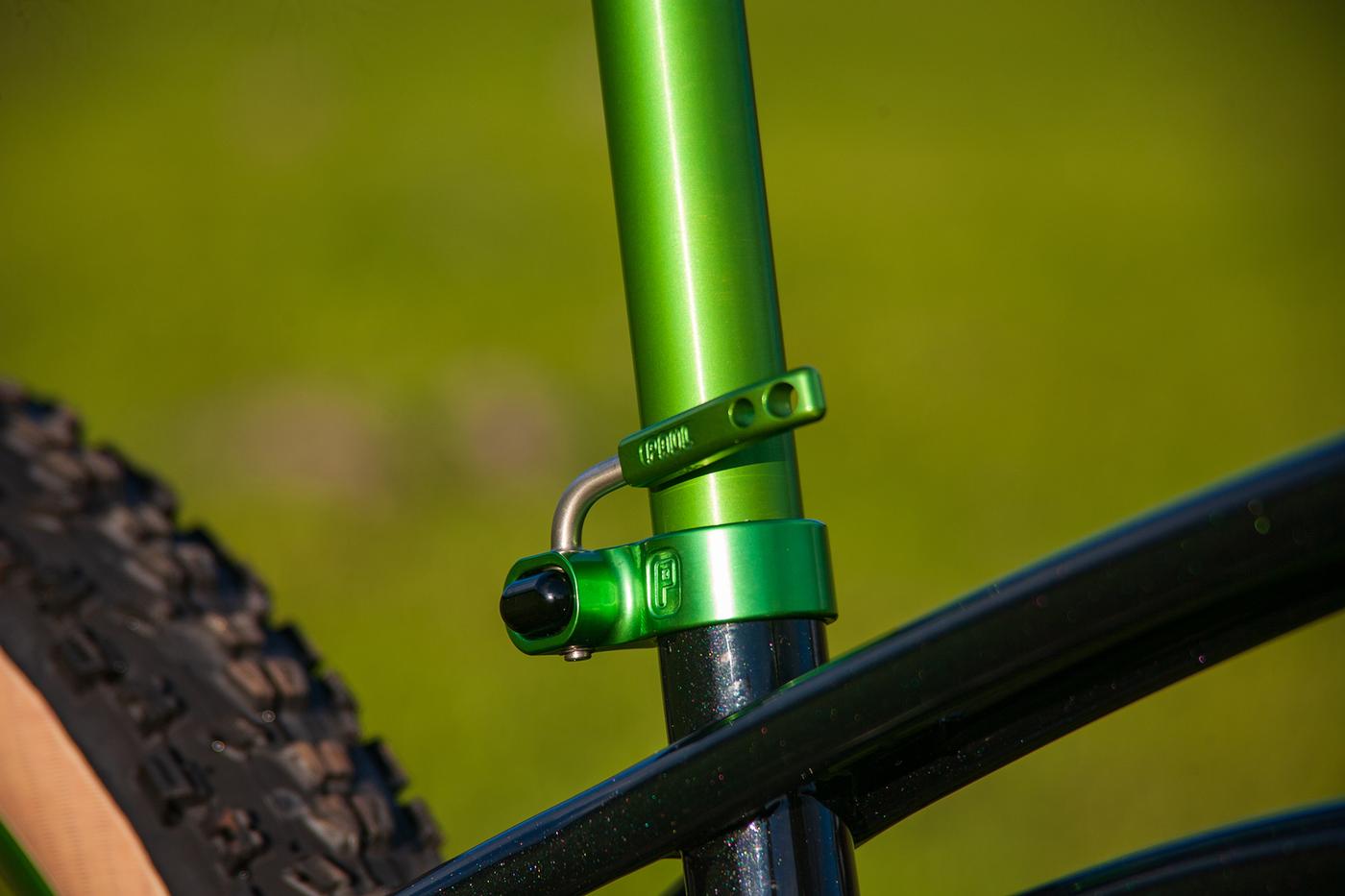