A little while back, All-City reached out to me to shoot their new Cosmic Stallion, with one request, it does not look like Los Angeles in the backdrop. Being a geological nerd, I have a list of weird zones surrounding LA’s sprawling megacity footprint that I’ve either found or have known about since moving there in 2015, one of which being Vasquez Rocks, a popular backdrop for Hollywood SciFi movies… Set along the San Andreas fault, these unique rock formations were made by uplift and the rapid erosion that followed about 25 million years ago. They’re made up of coarse-grained conglomerate and breccia sediments, making them extra tacky to walk on. On any given afternoon, people will be walking all over the rocks like ants looking for food. These sedimentary rocks found their way to this area due to the uplift and erosion of the neighboring San Gabriel Mountains.

Named after Tiburcio Vásquez, who at the time, was one of the most notorious California Bandits. He used the rock formations to hide out from the law between the 1873-1874. Prior to Tiburcio, the rocks were home to the Tataviam people who were living here when the Spanish settled the area. The Tataviam most likely spoke a Uto-Aztecan language and lived in grass huts. Eventually, they became assimilated with the Spanish before the last of their people died in 1916.

Due to their proximity to Los Angeles, at only 30 miles away, this zone has been featured in various Westerns and Science Fiction movies. In the 1986 movie Star Trek IV: The Voyage Home, Vasquez was chosen to represent the planet Vulcan. Yet, previously, in a Star Trek TV show episode which aired on January 19, 1967 entitled “Arena,” Kirk battles it out with Gorn, a large lizard creature in the very same landscape. While Science Fiction writers, producers, and directors might have thought the public wouldn’t recall the original series’ overlap with the more modern Hollywood movie, those eagle-eyed fans pointed out the discrepancy, as they often do.

Not wanting to confuse the readers of this site, who might be looking for an entirely “new” Cosmic Stallion, I should point out that this current model maintains the same frame geometry and details, yet is now built up with a Shimano 105 kit (with BB7s mechanical brakes), WTB wheels, Teravail Tires, and Whisky components. Plus it dons a new paint scheme with a light aqua to teal chevron fade. 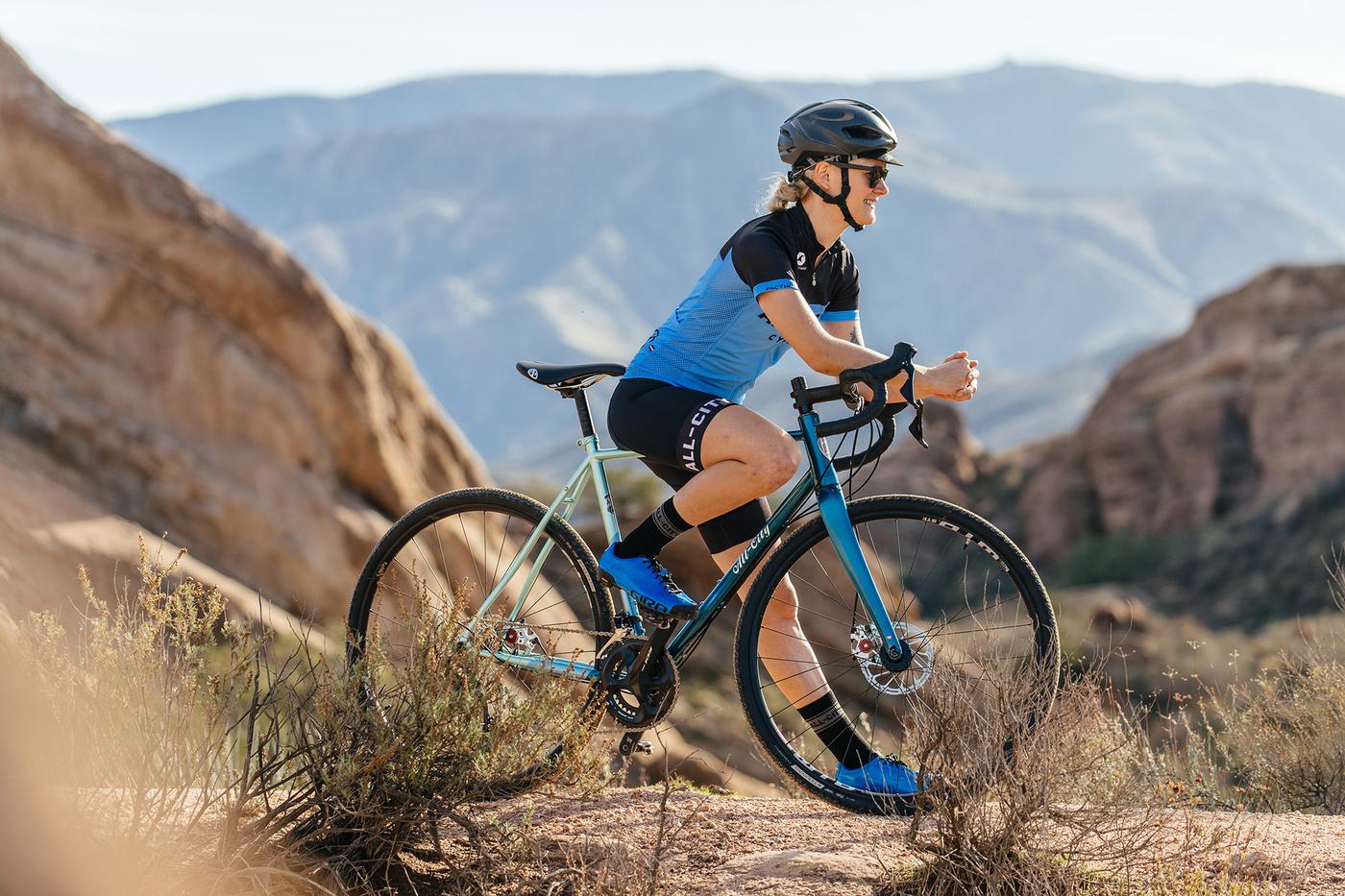 These bikes are available now at All-City dealers at a complete MSRP $2599 or as a frameset MSRP $1299. Head to All-City for more details.