Ultra Romance and His Rivendell Atlantis 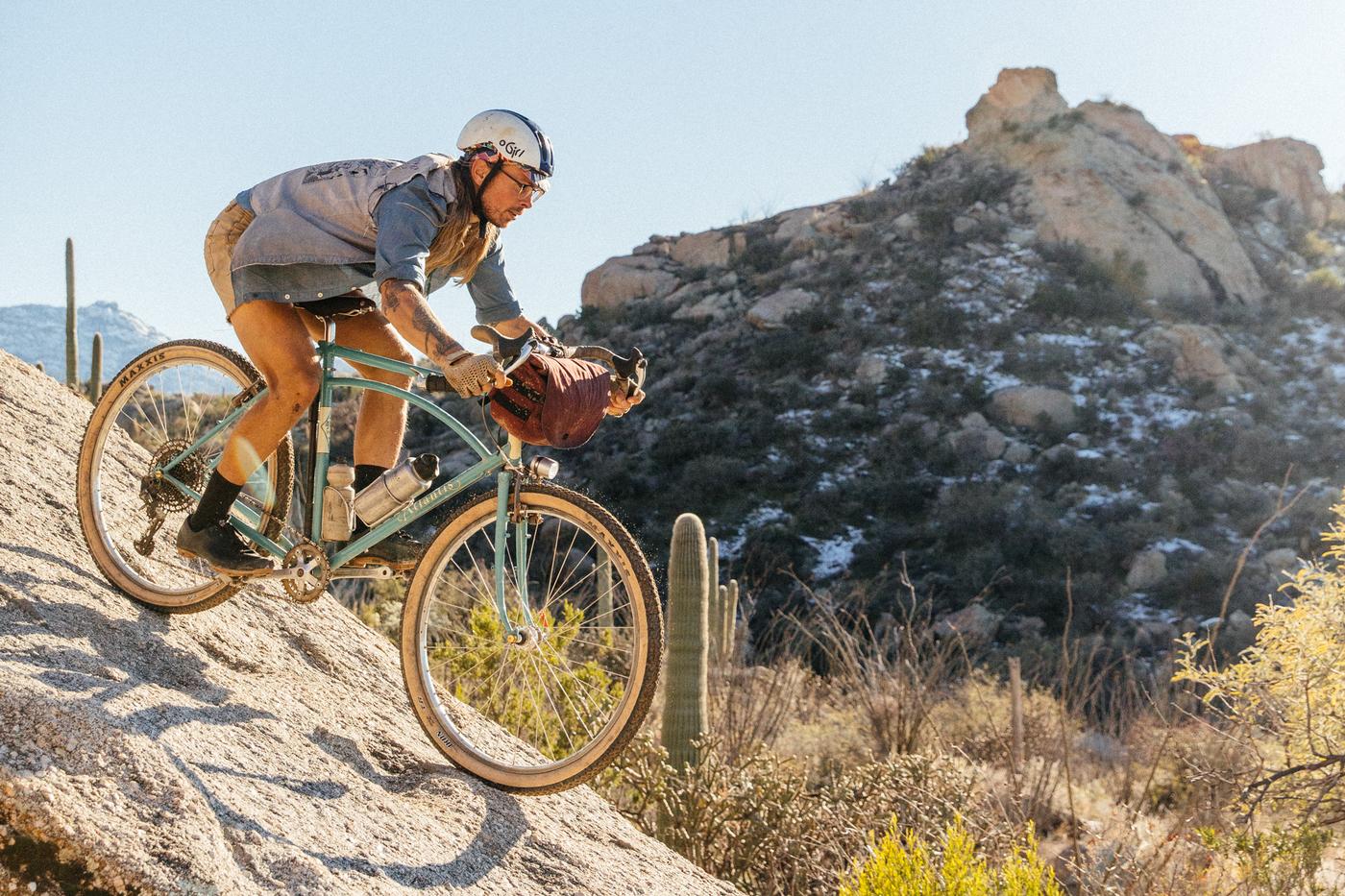 There was a bit of flack as a response to Rivendell’s update to the Atlantis geometry, mostly due to the lengthened chainstays. People speculated how the new design would ride, before throwing a leg over the bike. When I talked to Benedict about this update, he seemed unphased, as he pedaled away, up a rock face and through a giant leaning piece of cholla, a desert cactus known for jumping onto the legs of passing humans on foot or on bike. We met back up at the top of the climb and he said to me: “Geometry is a class you flunked in high school.”

People want to get out spreadsheets to analyze geometry all the time. I’m guilty of it and chances are, you are too. Was Rivendell trolling us? Or was Benedict just a rolling sales pitch? I don’t believe so, on either account. 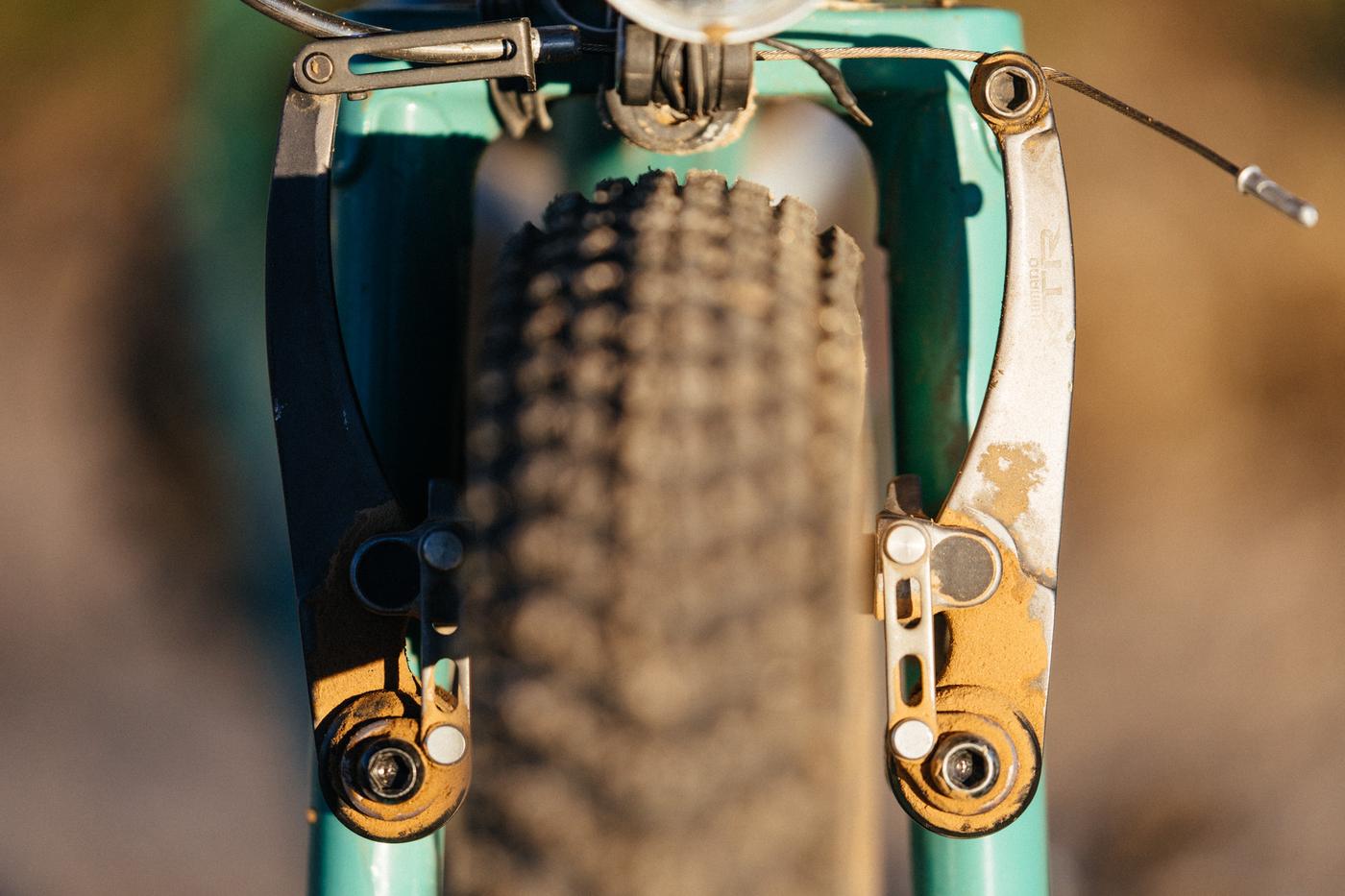 Continuing away from geometry and onto the parts build. Like all of Ultra Romance’s bikes featured here on the Radavist, this one’s got some stories to tell. From the ultra-wide Crust Bikes bars to other components with a certain nostalgic history. Poppi got those parallel push XTR v brakes for his 16th birthday. When you got your first car, he got XTR. 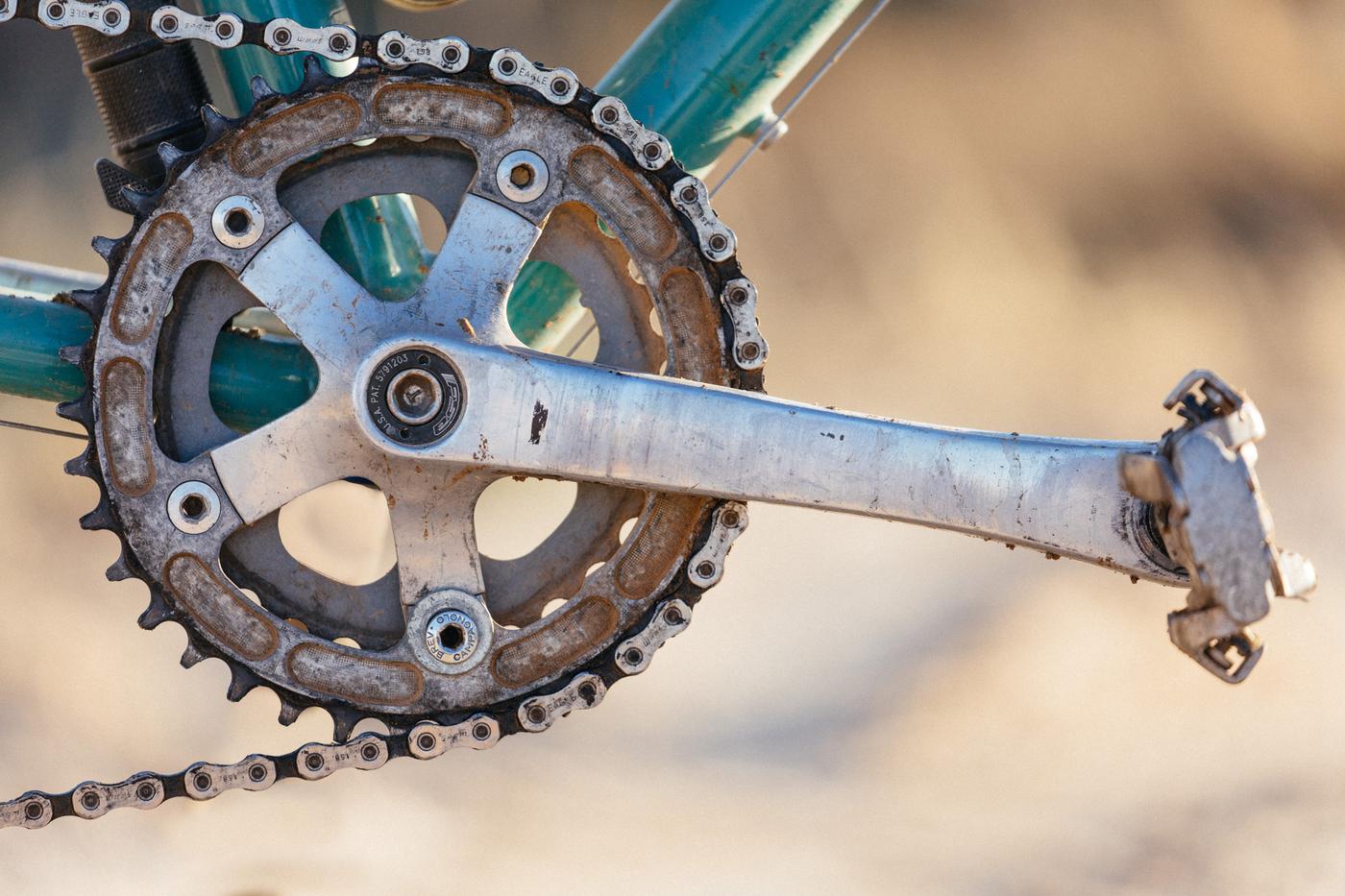 Some more quotes: “Ritchey Logic cranks are the best, but they were made in 1995, and the non-drive side snapped off. Now there is some sorta parts bin SR Sakae waiting to snap off. ”

Eagle-eyed viewers will note the lack of a front derailleur. Bené calls this “the manual double.” “…is functional. If I am done with a mountain pass and just wanna nibble for a few hours, I’ll use a stick to shift and adjust the b screw accordingly.” 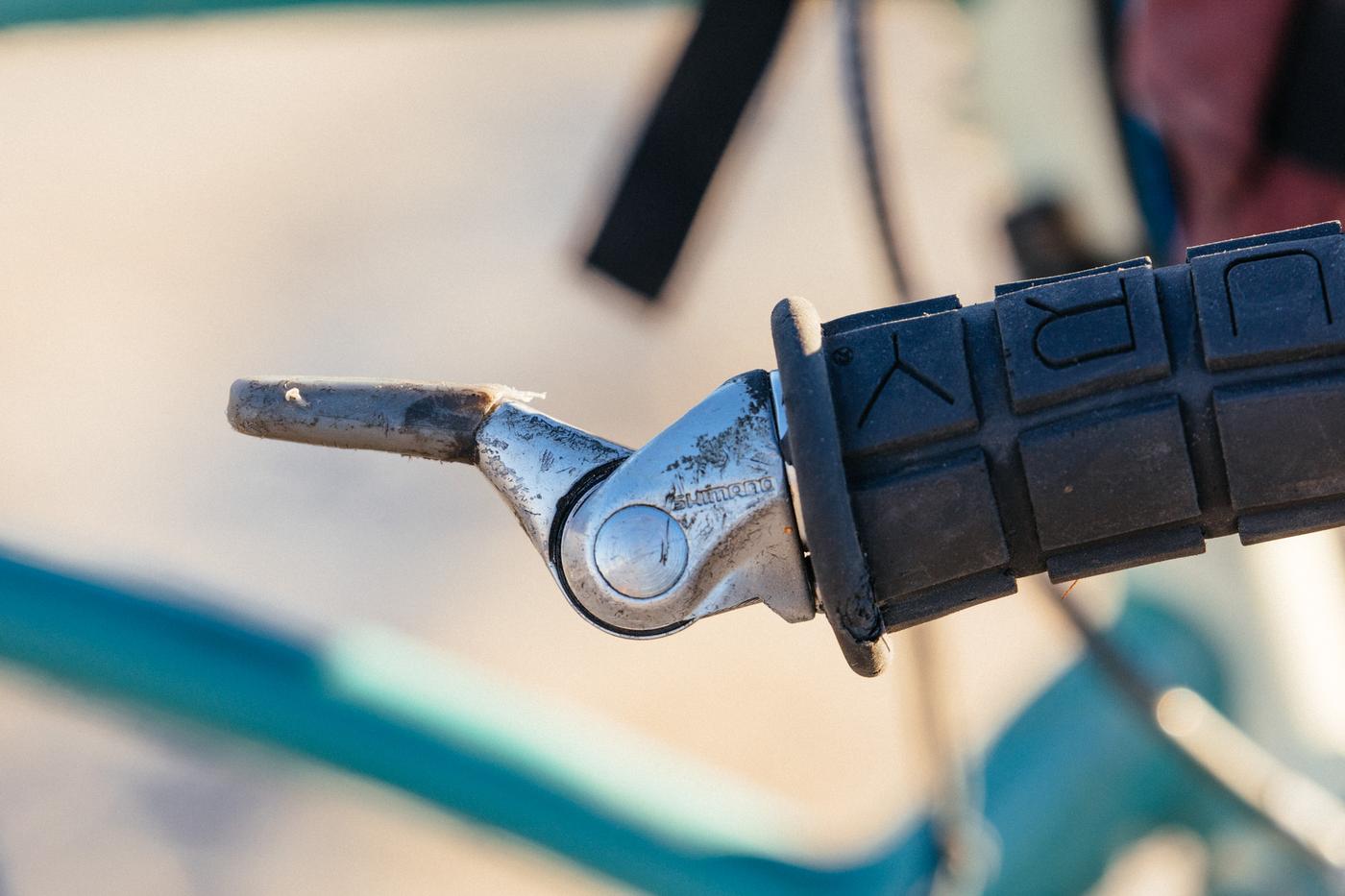 Oh and that friction shifter? You might recognize it from his SWorks Fuse Baja Buggy:

“That aggressively filed 12-13+ speed friction shifter pod has been everywhere. Baja, New Zealand, the Swiss Alps, Crete, Clinton CT… I think I will ask PAUL to machine one for me to sell to YOU. He doesn’t know that yet though.” 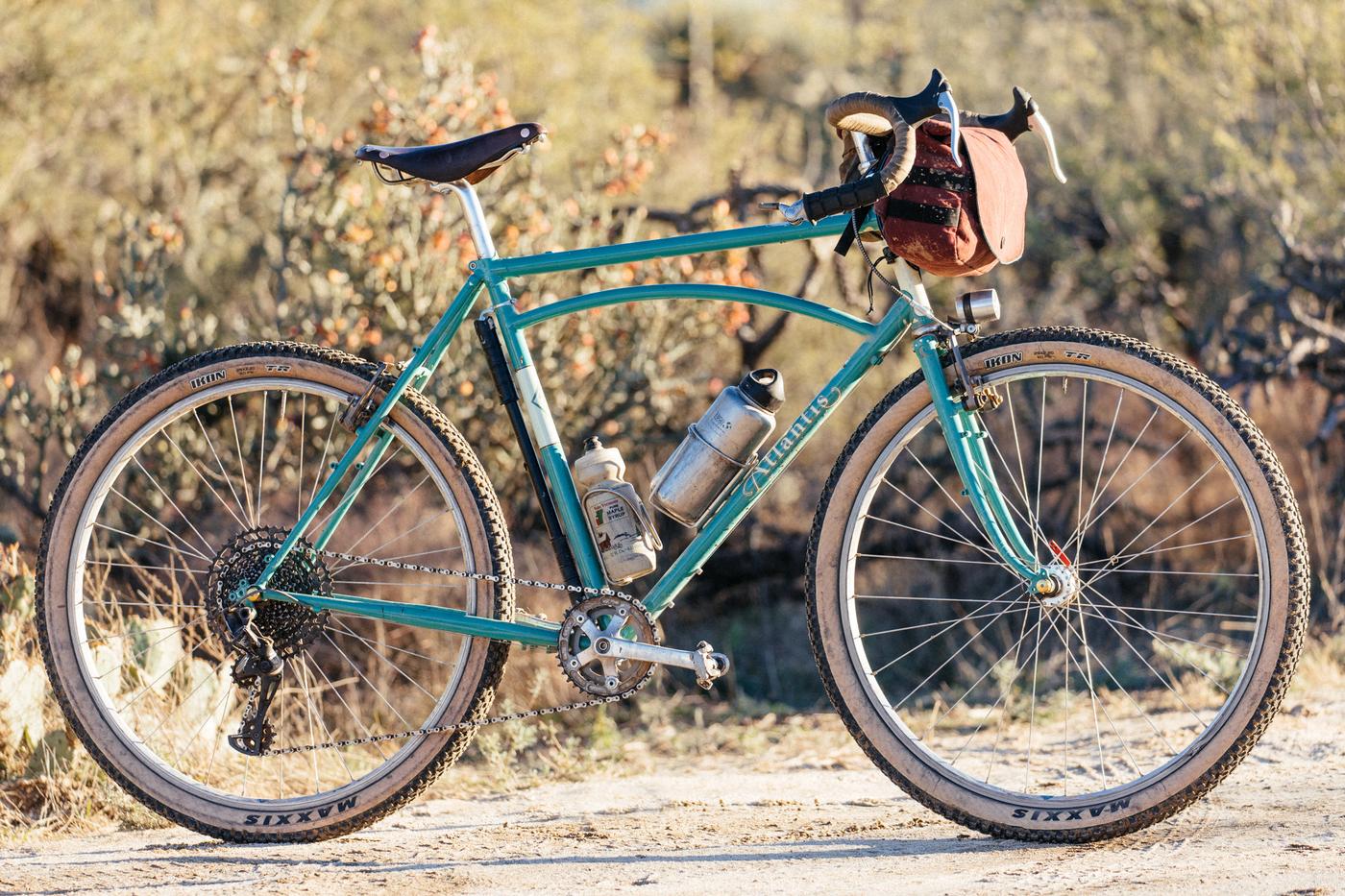 If you’d like a Rivendell and would like some help specifying parts or ordering, holler at Benedict! You can also check out more information on the Atlantis at Rivendell!