Durango Cyclery was Liz and my last stop on the Great American Bike Shop Tour of 2017 and I must say it was very much the grand finale I was hoping for. I’m talking a crash course in sustainable free riding, fireworks from every window imaginable, late night shenanigans involving copious amounts of booze, and one of the most decorated shops in all the ranks of local bike shops all over the world.

When you walk into Durango Cyclery, it just feels right. It feels exactly like your favorite bike shop growing up. It even has all the posters from your childhood on the walls still. Which makes me think that maybe I’m wrong, maybe no bike shop felt like this. Maybe Durango Cyclery actually feels more like your bedroom as a young mountain biker, chasing the dream that one day you’ll be riding and racing with the Tomacs, Tinkers, and Gioves of the world. Maybe Durango Cyclery just feels like home! There is absolutely no compliment in the world that could be given to a bike shop that would hold higher regard than your bike shop makes you feel at home. There is a true cast of characters working in this wonderful shop. If I remember correctly, there are even previous owners of Durango Cyclery that just couldn’t stay away, that still work on the floor and as mechanics there. I have never seen this in any bike shop ever and I’ve been to a lot of them. 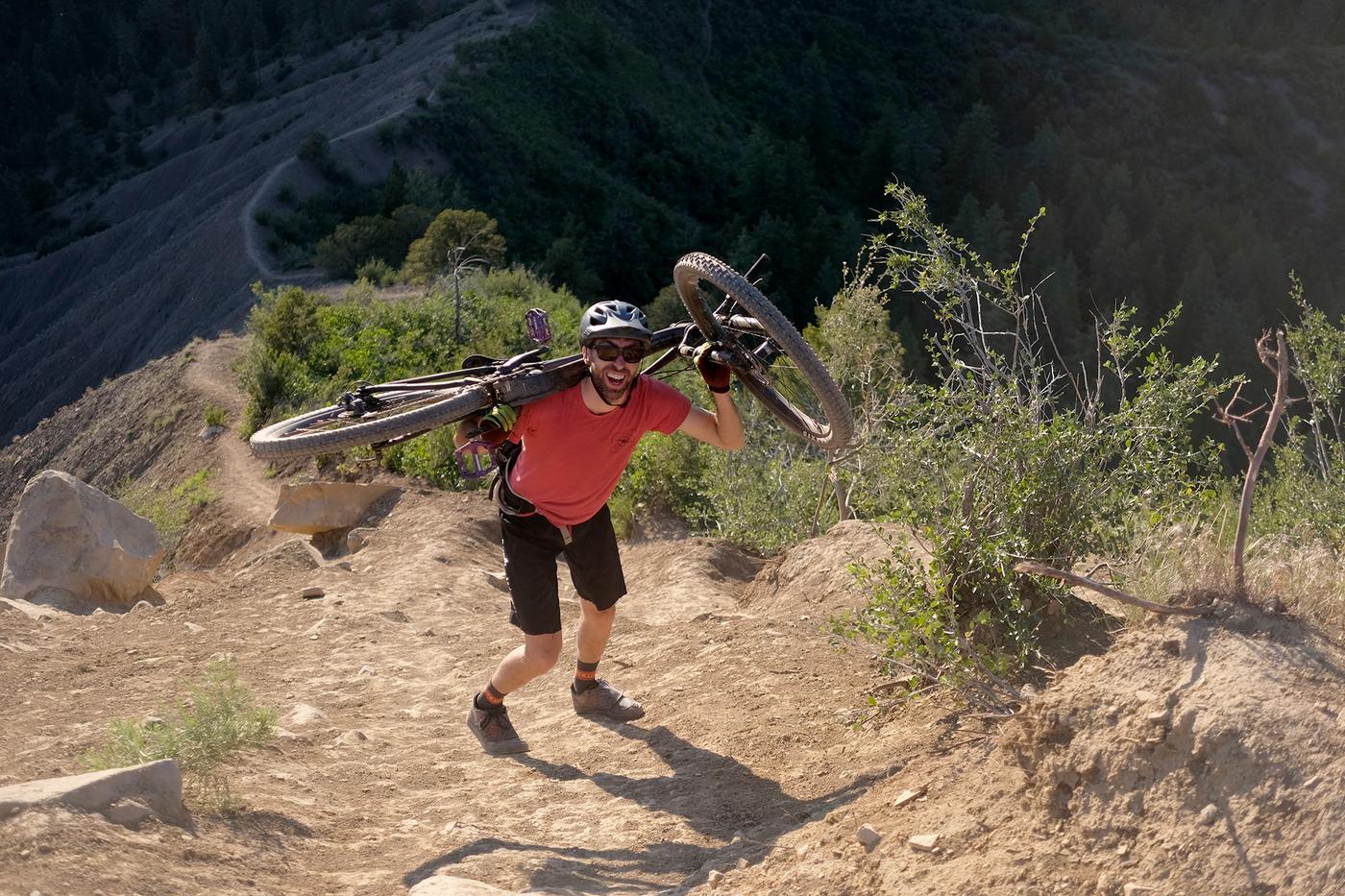 Everyone at the shop is down to ride. First thing, Brendan Shafer and Jon Bailey asked me when I rolled up was where I wanted to ride that day. I just looked out the window and said there, pointing at what looked like one of the craziest trails ever, and they said ok! That trail was called Hogsback and it was as wild as it looked. It even involved a 200 vertical foot hike a bike – I’m talking bike on your back – there was no pushing! I later met Anthony Diaz who owns a suspension tuning shop behind the cyclery, and has become a local legend for his patent-pending mohawk and hairbrained descents of the Hogback! Look it up, it even made the local news. 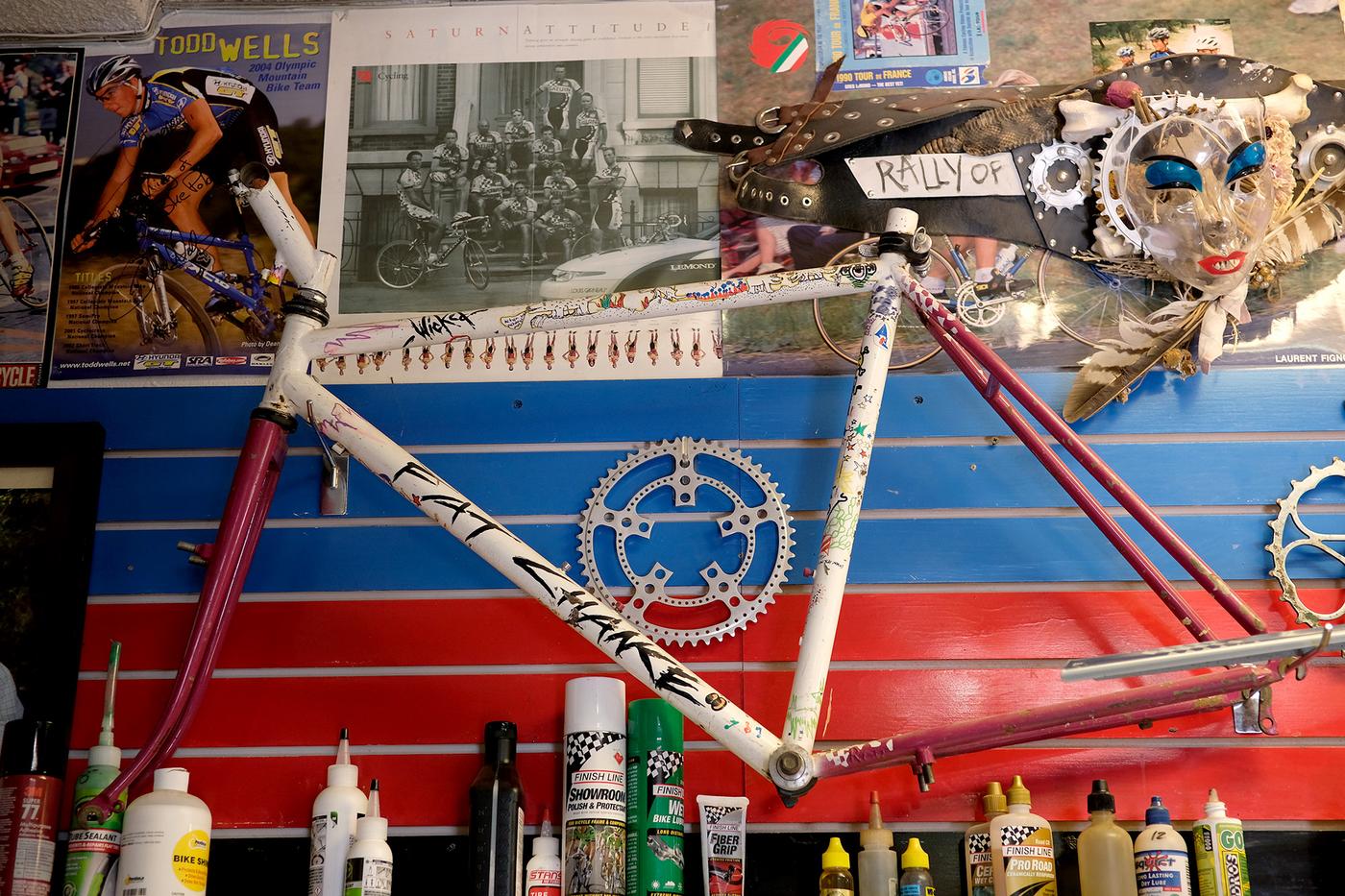 I really could not have asked for a better experience in Durango. From the moment I rolled up to the Cyclery until Liz and I rolled out of town, it just felt like we were at home, with friends we’ve known for years. Kinda of crazy, especially since we’d just met all of these people! I apologize in advance for the photos, they are not my best. There are definitely some gems in there, but some are a little blurry, probably because none of us were seeing straight after the previous night. Thank you for everything Durango Cyclery, I really need to get back there this summer and I highly suggest everyone else go visit too. The mountain biking in the area is top notch and these guys are a lot of fun! I’m pretty sure Sarah Swallow even works there sometimes when she’s not traveling the world by bicycle!