Australian Slang, (noun) A person that is totally lacking in fashion sense, motor skills and/or social skills. Usually a total moron, an extremely unpleasant person or an unwanted guest.

Sometimes: A likable idiot or Bogan (especially in Queensland)

1. No wonder he can’t get a girlfriend, he is such a gronk!

2. Why would you “steal my car for the weekend,” you gronk!

The Jagungal Wilderness is my favorite place to take guests in Australia. Come to Australia for sun and sand? Too bad…I will give you a historically inaccurate tour of the Australian Snowy Mountains in late springtime. Where it may or may not snow, hail or cook you. 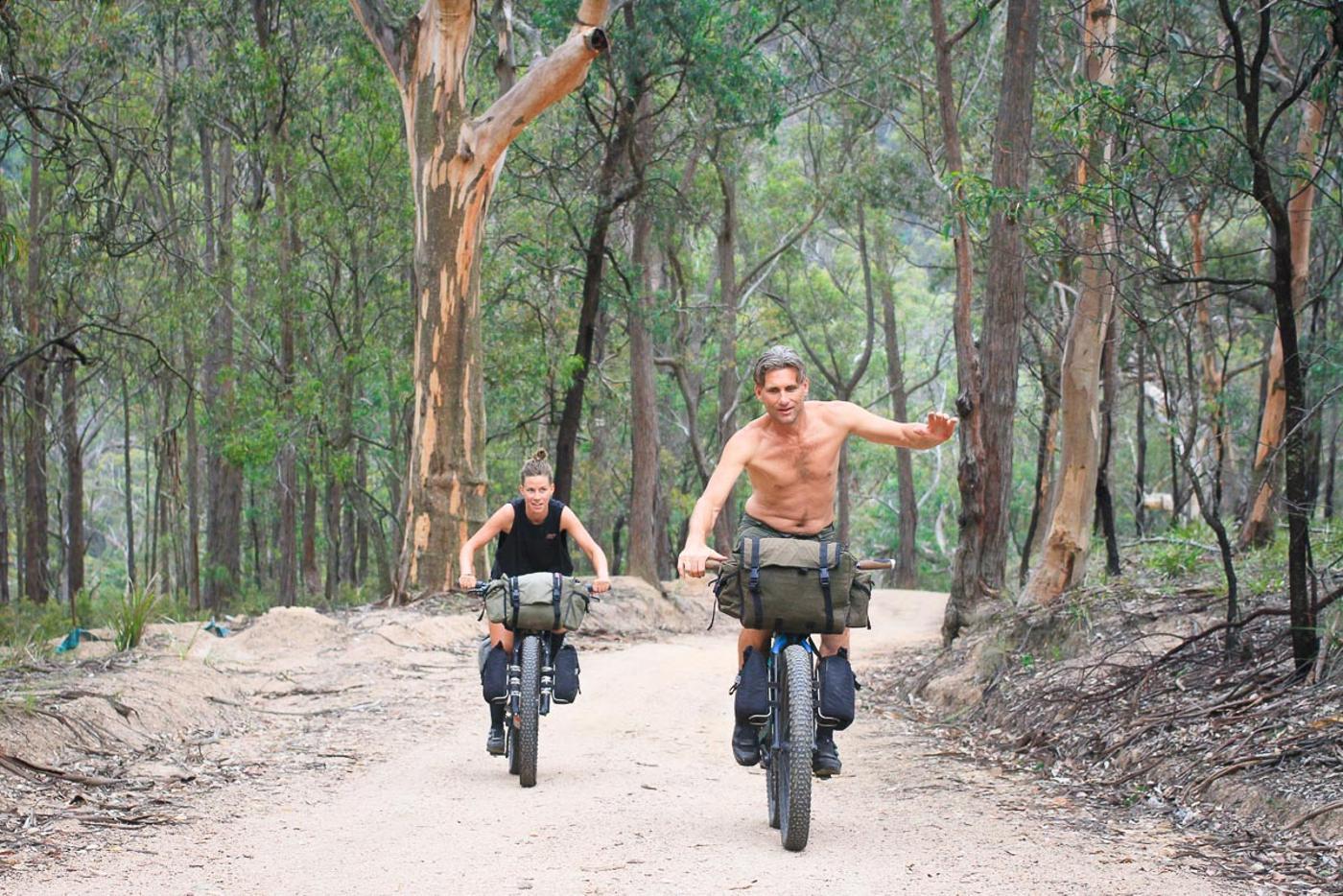 This months guests were Americanos; Justin (Crust Australia’s intern, Sarah Swallow  and her partner Adam ) – I had met Sarah earlier this year on a cute ride in Arizona where we sheltered from the rain in a cave and had a heavy time of it on a big hike-a-bike. How friendships are forged. I gave my plea to her to come to Australia like I do and 6 months later she knocks on my door. Coinciding with the HUNT 1000 which travels through the bike packing famous Jagungal Wilderness. 6 of us started a week before in the Blue Mountains on a pinchy 4-day route which was to kill some time and warm the legs before the GRONK 690. Sarah, being the master route maker she is modified an existing route to include 250 extra American ounces of pain. Down slippery, moist, leg shaking steps into the depths of the Devils Den and back out to spend the following 4 days recovering from broken thighs. It was a trust exercise I think….and she won my trust and we all broke in the slightly awkward international friendships. 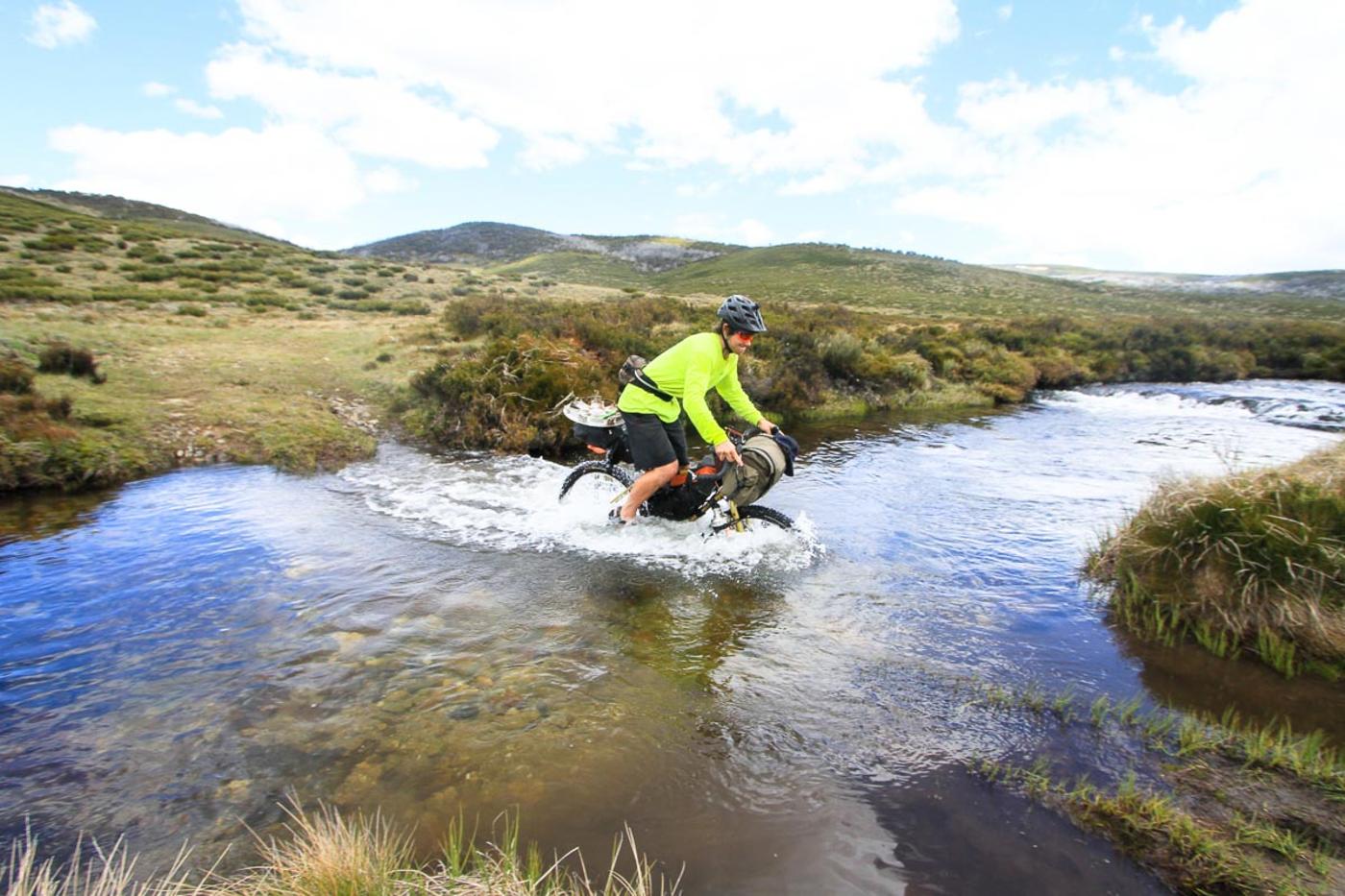 A week later, the Blue Mountains ride complete, and we gained a few more riders and it was a full adventure sporting team of 10. It was a God-level crew of 70% Australians and 30% Americans. A good ratio.

It was a golden evening starting the southward travel of the Hunt 1000 spin-off ride (for the weak and high)…we called it the GRONK 690. Because 69er jokes are still funny down under. We had no intention of 690km. It was our own version of the HUNT 1000 which is notorious for being just way too hard. I have done it a couple of times.

We crossed the powerful Jagungal Wilderness – biking at a walking pace, basking in extended stretch sessions and stressful card games. Like all good Kook Tours. It was 12 consecutive days of riding for some of us and we lost a key member of the party (Certified big boy – Dave to the call of home after sickness and was generally sick of the clicks and squeaks his bike – it was a huge loss felt through the whole group. 9 continued and bumbled along aiming for Mount Kosciuszko – the highest point in Australia at 2223m. Where we first understood the weather to come.

14cm of snow and 5 days of – 4-degree rain was about to drop on us washing the GRONK 690 out of us as we shifted into survival mode and 5 original Gronks carried on for the sheer glory. 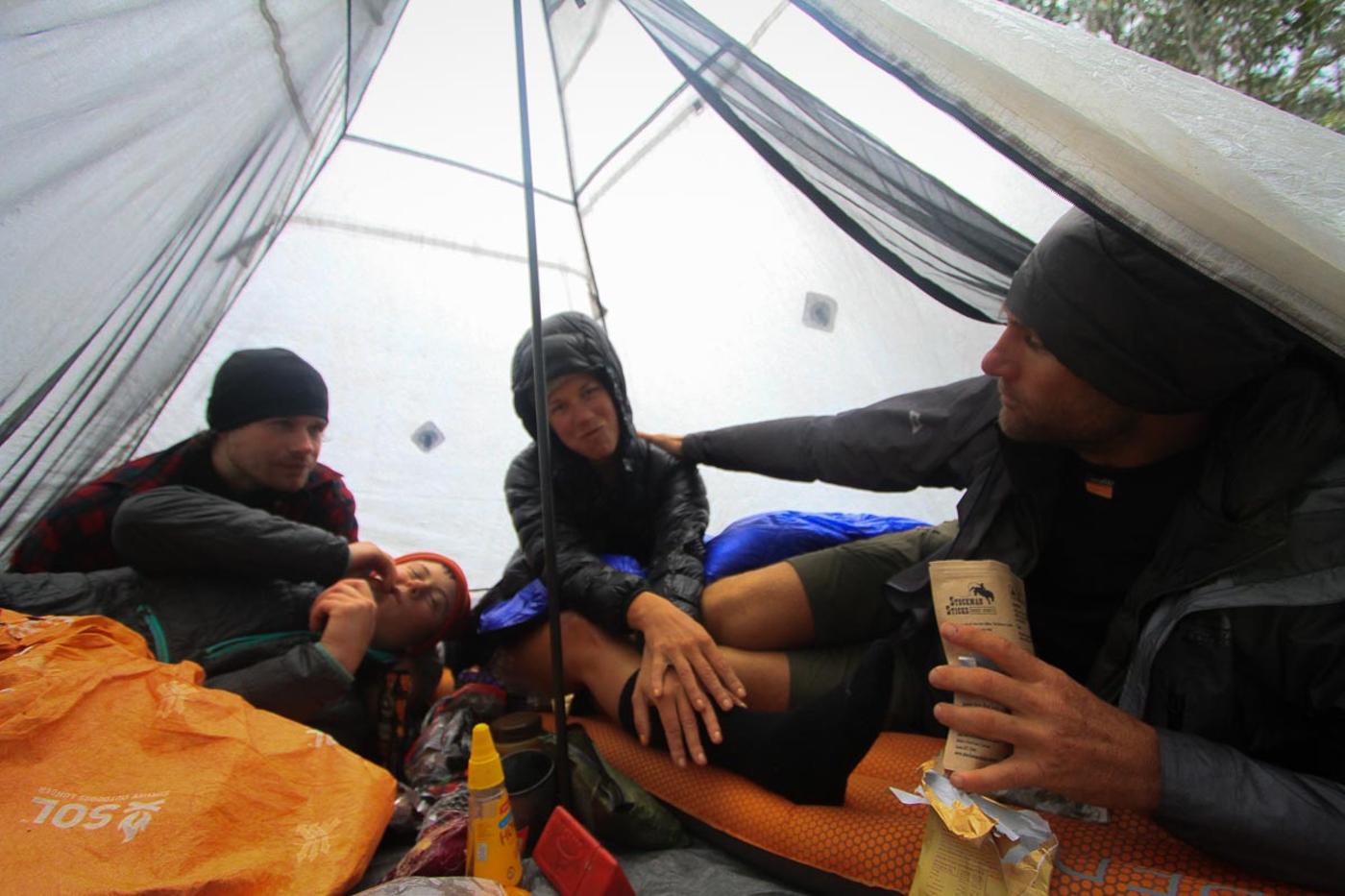 We carried on with one day left of fair weather. Threatening and cold – we silently rode on wondering whether the reports were as bad as they really appeared to be. Dropping to minus 3’s and 4’s Celsius with just summer gear in our panniers and bags. Emergency ponchos, cheap rain gear, and plastic bags were to get us the final 3 days to Omeo.

We hid in huts and made tent cities, Mardel , Justin and myself shared a two man tent to keep warm through the wet and icy nights.  Justin being the most unprepared of us all. Relying on us to keep him safe – which I said I would looking at his soaked long sleeve shirt and shorts on top of a little pass. The useless poncho was hard to look at knowing how cold he must have been. Big droplets hung on his eyelids at the top of the snowy peak. Spilling over as he looked at his plastic bag covered Crust socks and sandals. A kiss on the cheek and urging him forth we finally got off the mountain top and into Adam and Sarah’s tent – all 5 of us in a cuddle puddle eating into our food sources and sleeping till the hurt stopped. we climbed back into our wet clothes and crossed the border into enemy territory of Victoria. 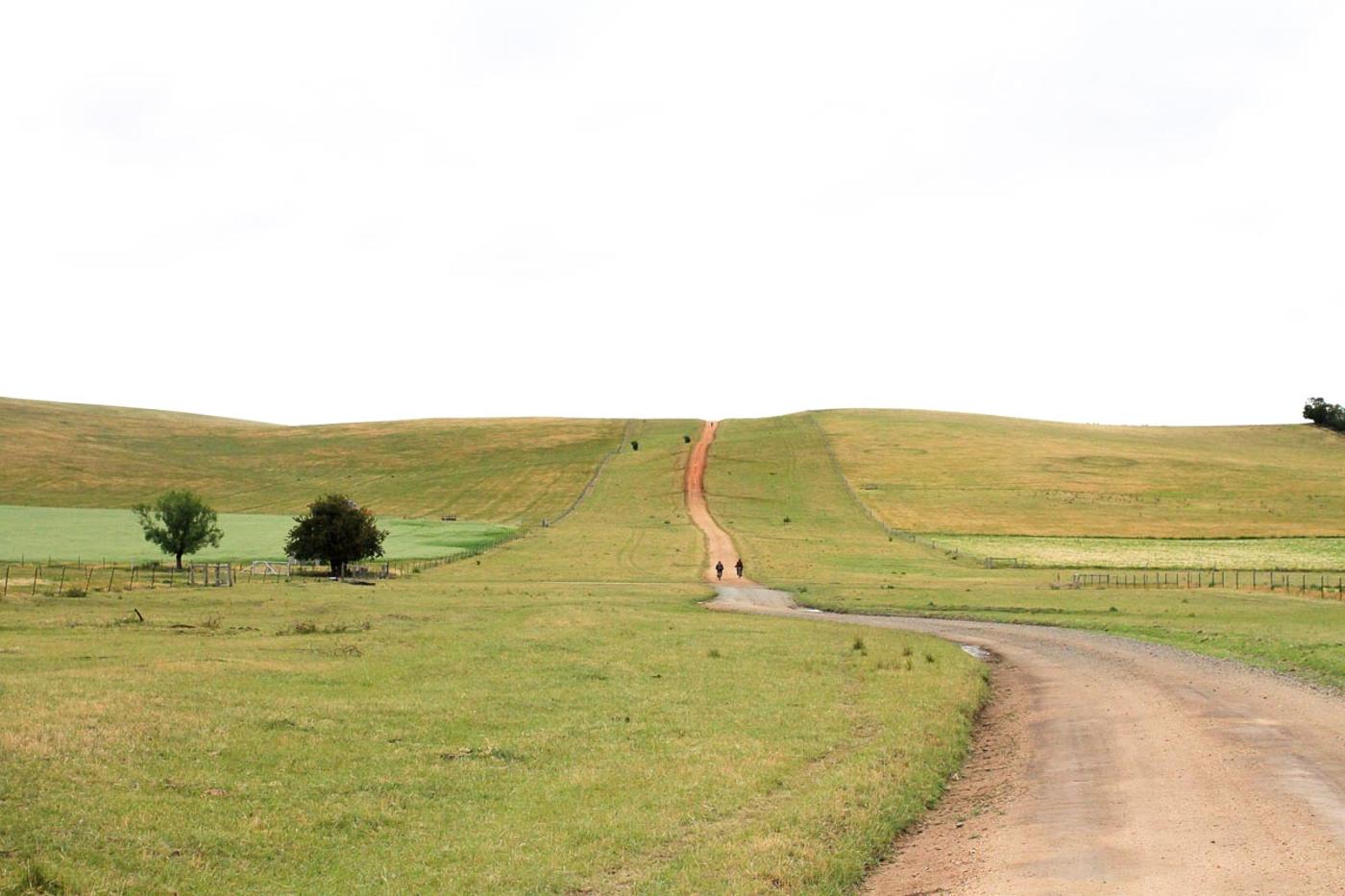 It was a huge push into Omeo, all remnants of GRONK out of our system and we basked in the sheer glory of our efforts and teamwork for about half a day feeling like heroes. Until we saw the photos of the HUNT 1000 riders two days behind us in knee deep snow back in the Jagungal having more hardships than us. Glory was gone.

The final split of the group in Omeo saw Sarah and Adam join the Hunt1000 and its now few riders to explore their way down to Melbourne. As Justin, Marcel and I went back to Sydney to tend to our Crust Australia, Kook Exchange duties.