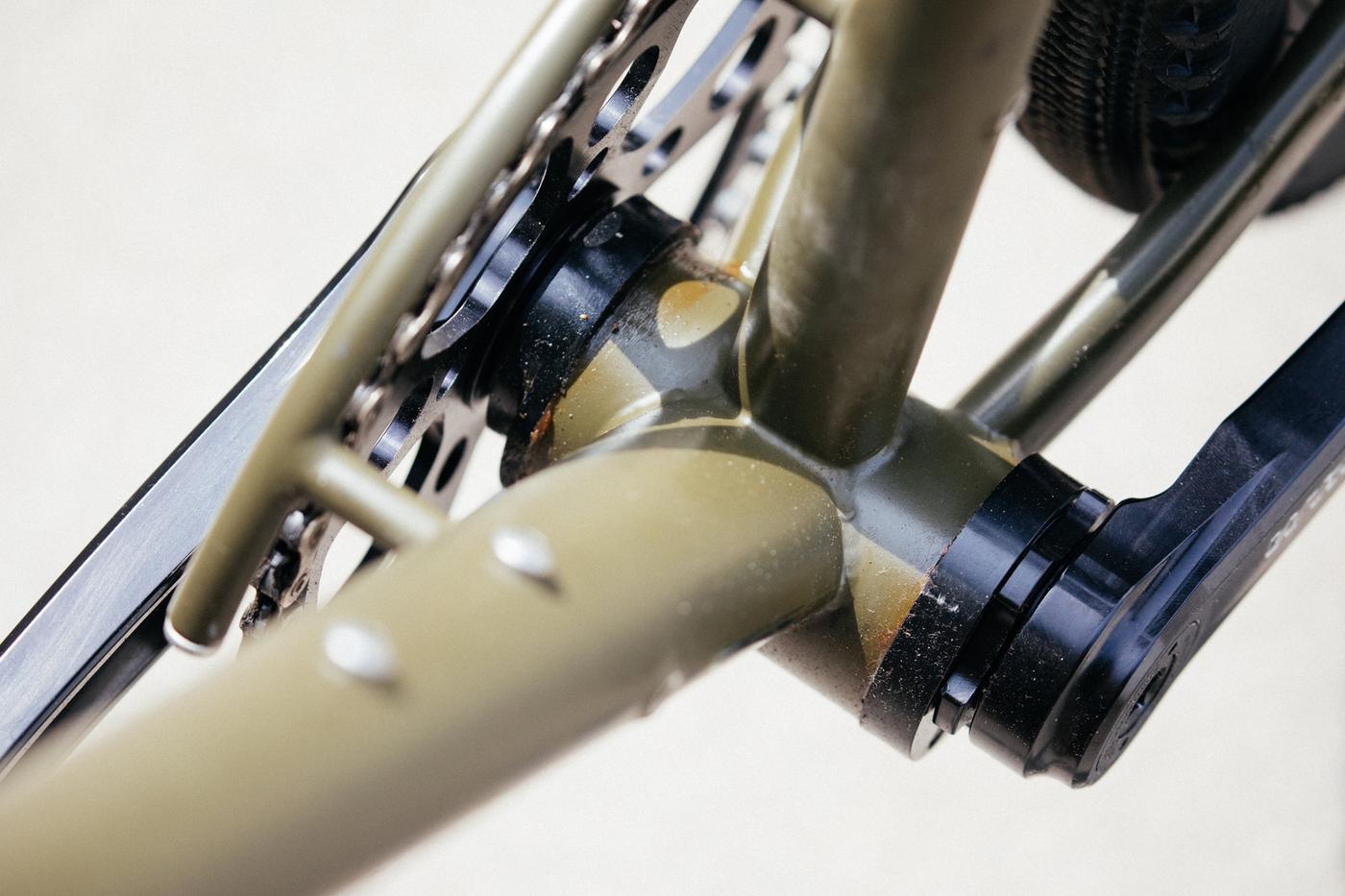 If you are looking to build a singlespeed ‘cross race bike, or a singlespeed mountain bike, and anything in between, you can run your favorite 30mm spindle cranks with the BEER Components Oner, as long as your frame has a PF30 shell. Recently, I swapped out the older 24mm Sugino cranks and Problem Solvers bottom bracket for the BEER Oner and White Industries cranks on my Urban Racer.

I’ve had some issues with slipping on the previous setup, so the most noticeable difference between the Problem Solvers and BEER BB is how precision fit the BEER BB is. That could be for a number of reasons, but I’m going with it’s because the BEER Oner is made by White Industries, who take tolerances very seriously.

The BEER Oner went into the frame with some grease quite easily but required the use of a lockring wrench to get the cranks in proper position to correct chain tension. Depending on your frame, make sure you have one of those handy. It might be difficult to adjust the tension by hand. Once your cranks are in place, and you’ve achieved proper chain tension, you can lock the BEER Oner in place, ensuring it won’t slip.

Since the Urban Racer was such a controversial bike, I almost didn’t want to post about this new setup but the BEER Oner was such an easy swap and opened up this bike to run my favorite cranks.

Recently, I crimped the chainstays in a bench vise and gained a good amount of tire clearance. Now it fits these Terrene 47mm Elwood tires which measure 50mm on the Blunt SS rims. Needless to say, I think the bike looks way better!