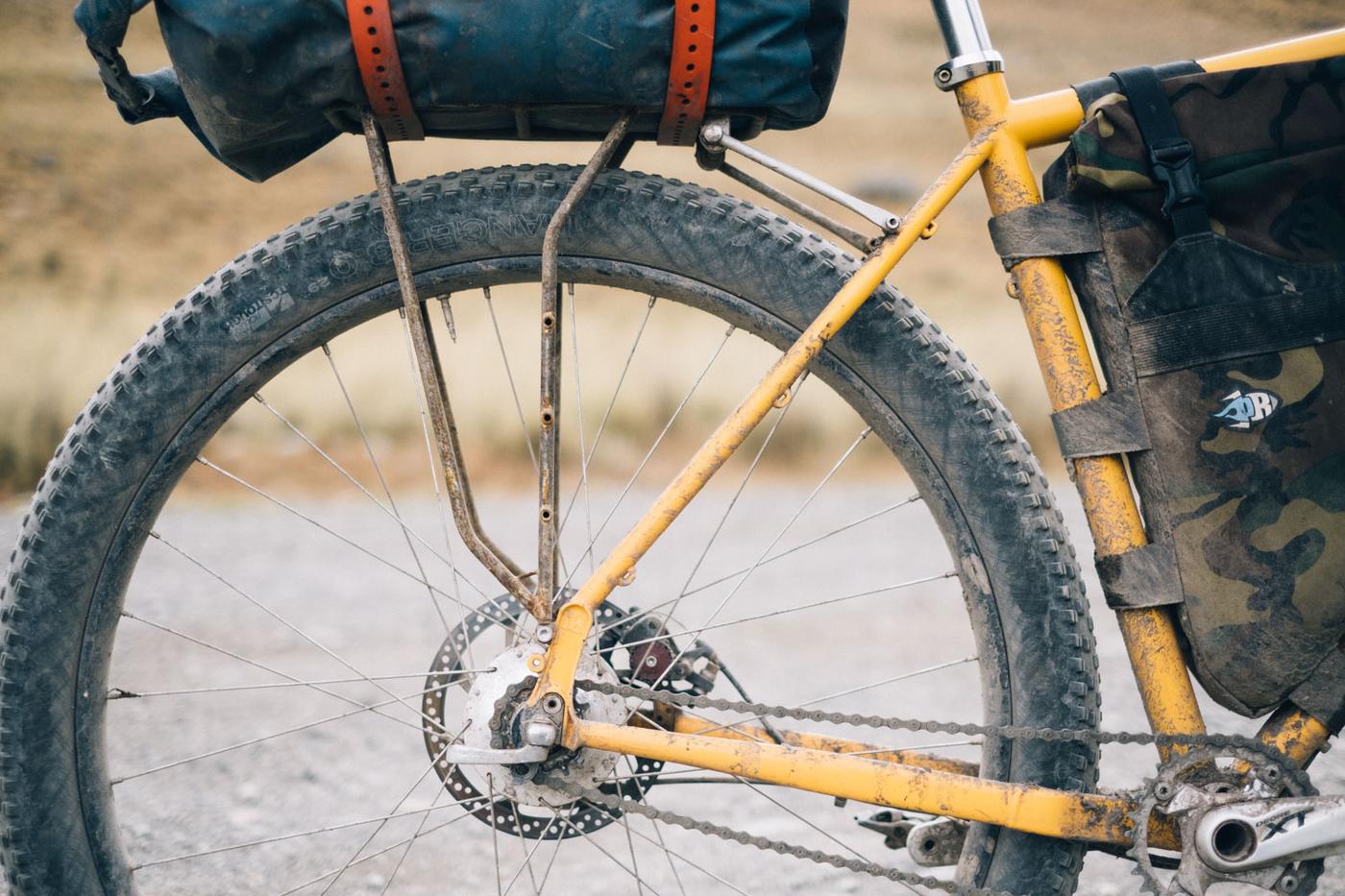 This is big news! Back in 2017, Tumbleweed Bicycle Co made a trip to Peru. During that Journey, Daniel from Tumbleweed and Cas Gilbert really fell in love with the RatKing Frames T Rack. The hook was set and now Tumbleweed just announced they were taking over production and sales of the RatKing T Rack. Check out the full press-release below, which tells you how you can win one of these racks!

Smith Levi from RatKing Frames announced today that he is selling his “T Rack” bicycle rack design to Daniel Molloy, owner of Tumbleweed Bicycle Company. Tumbleweed is taking over production, sales, and design of the product line effective immediately.
The T Rack is a line of lightweight minimalist chromoly steel bicycle racks designed for small panniers or as a saddlebag support.

In 2016, Molloy and Cass Gilbert (@whileoutriding) set off on expedition across the Peruvian Andes on Tumbleweed Prospectors equipped with prototype T Racks, which would become the production Standard and Micro Pannier models. They were impressed with the simplicity and functionality of Levi’s design. Since then, dozens of Tumbleweed Prospector bikes have been equipped with T Racks.

According to Levi, “Daniel Molloy and I go way back. We worked together in Oakland, California while building our own brands, and he was there to see the T Rack develop into what it is today. As I’ve been working on other projects, I realized I would no longer be able to allocate the necessary time and resources to produce these racks, and Daniel was the first person I thought of to carry on this product line. His emphasis on utility matched with his unrelenting quest for quality assured me that he would be the best candidate for the future of the T Rack.”
Tumbleweed is excited to continue to develop the T Rack product line and expand production. The T Rack is a perfect match for the company’s philosophy of producing tough, no-nonsense and utilitarian products for self supported off-road touring. A new production run of racks will be available in late 2018/early 2019.

Levi is also doing a charity raffle to close out his T Rack production. RatKing Frames is offering the chance to win one of the THREE final racks in a lottery system. To be eligible to win, all you need to do is donate a minimum of $15 dollars to any charitable foundation / organization of your choosing, and send your receipt / proof of purchase to Smith (RTKINGframes@gmail.com) along with your preferred leg length – Long or Short. Your name will be put in a hat to be chosen randomly. The first three names will receive a limited edition Bubblegum Pink rack (RAL-3015 ).This will be your final opportunity to get your hands on a RatKing built T Rack before Tumbleweed takes over production. For more information tune into RatKing Frames at RatKingFrames.com or check out his Instagram @ratkingframes.