Steel Cafe: Putting the 'Home' in Home Base!

Steel Cafe: Putting the “Home” in Home Base!
Photos and words by Kyle Kelley

It’s been almost a year since I went to France with Sean Talkington of Team Dream Bicycling Team, Ace Carretero from The Sleepers, Tebow the Enduro Pro (a.k.a Team Dream / Ringtail Intern) and Mavic Cycling to follow the Tour De France. This trip was life-changing for me and not a day goes by that I don’t think about something or a moment from this trip. It’s probably the fact that I have all of these French friends on Instagram now, or maybe it’s because I had the best meal of my life there at Miznon (that roasted cauliflower…I hear there’s one in NYC now!)

Whatever it is or was…holy cow…that was an amazing time! 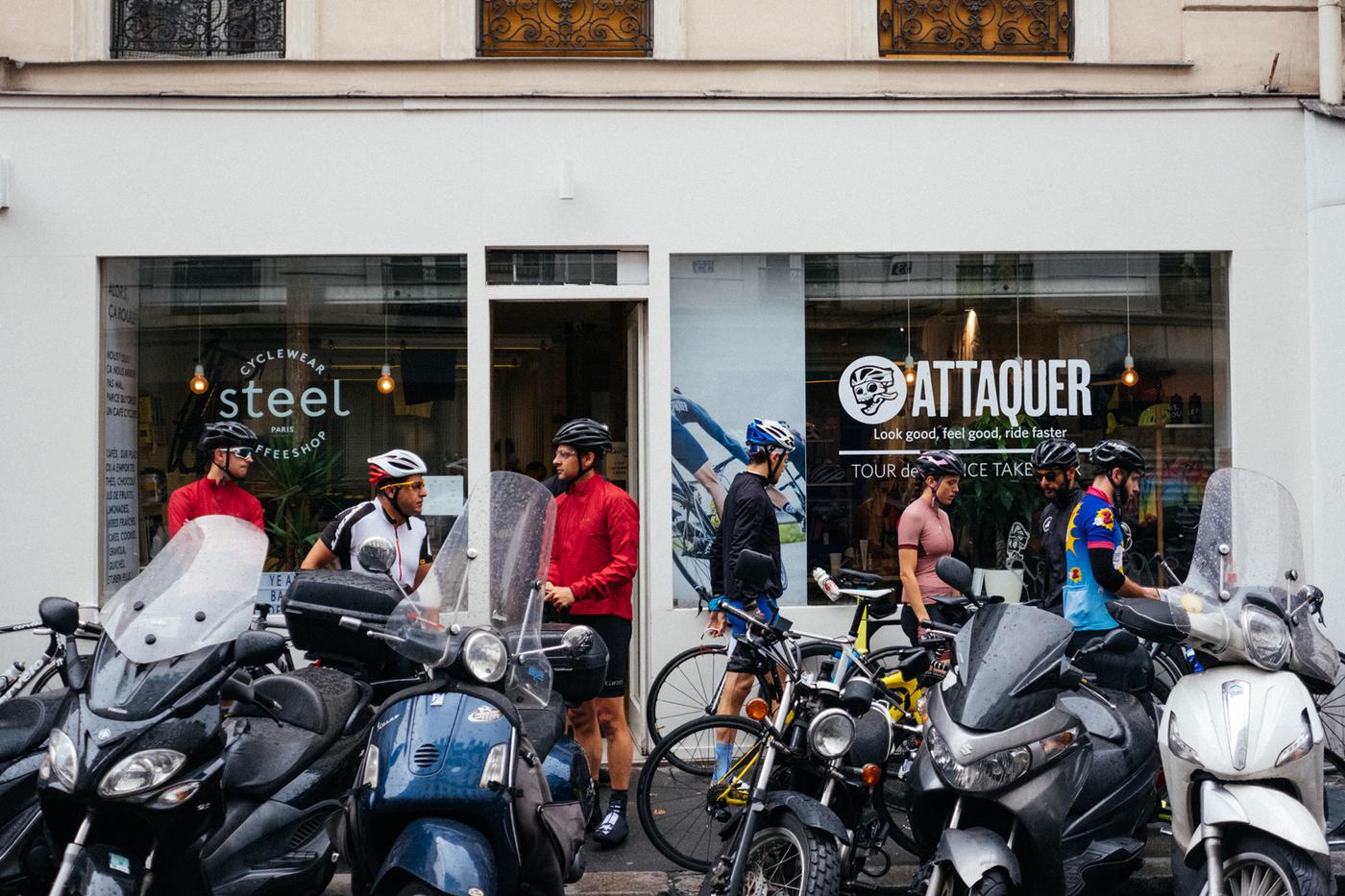 When we arrived in Paris after following le Tour through some of it’s more mountainous stages, I had a whole handful of places to see and eat in this wonderful city but Steel Cafe was high on the list. After being in these small mountain towns all over France, I didn’t think I’d fall in love with Paris like I did. I don’t spend much time visiting large cities these days, I prefer being in the mountains or small towns in the country. But my friend Marie who’s spent most of her life in Paris really hooked me up with an amazing list of wonderful places and people in Paris, so I was really looking forward to diving into it. 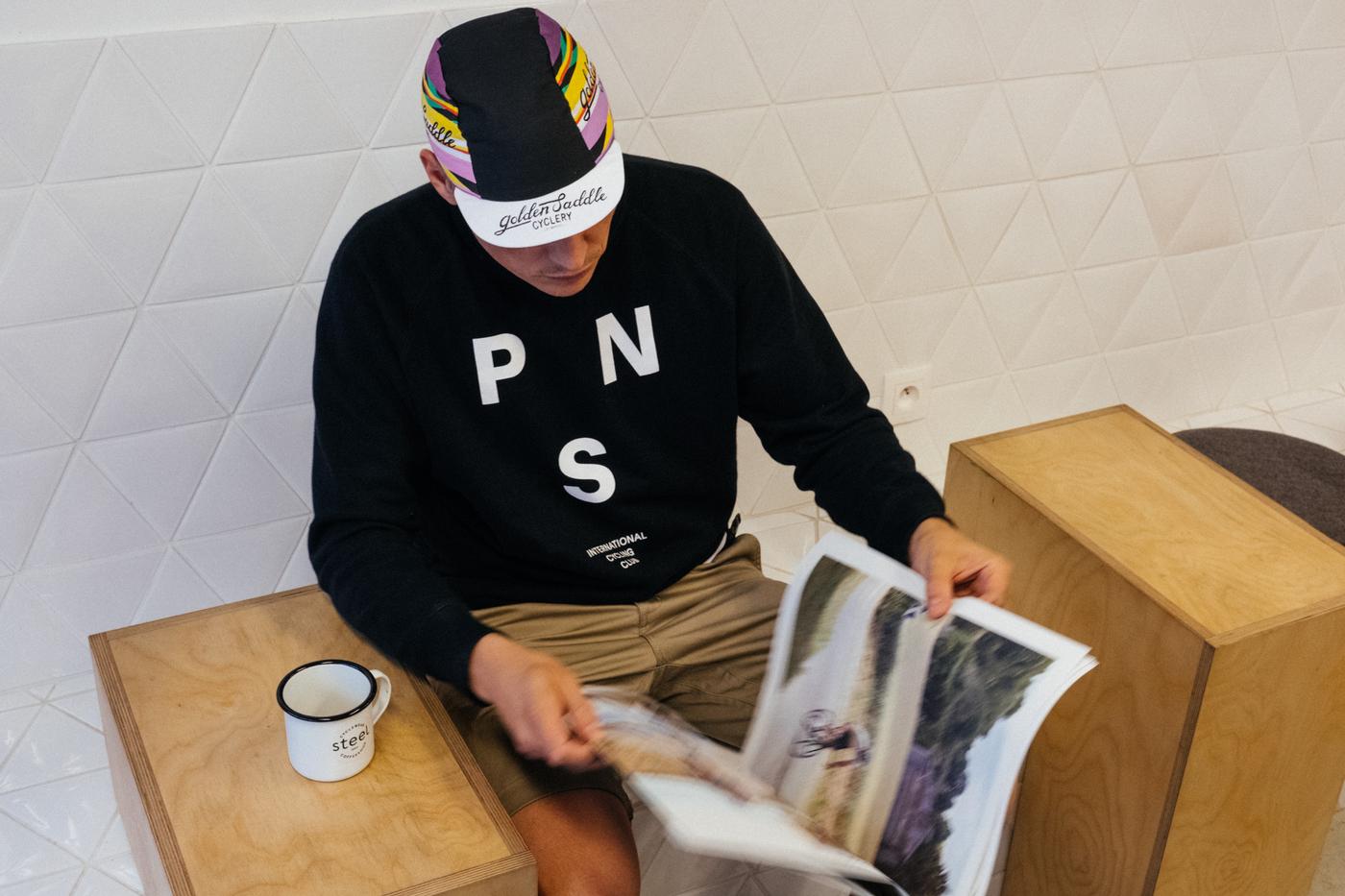 The universe has a funny way of pulling people together and our intro to Steel Cafe was no different. Again, I want to remind you that my knowledge of Paris really only consisted of the Eiffel Tower and Moulin Rouge, so I had no clue where to to stay and our French Intern was definitely no help – we’re not sure if he’s ever left his small town in France until coming to America. So Sean, Ace, and I chose an apartment one block away from Steel Cafe, how crazy is that!?! We had no clue, but what a blessing it was. Steel Cafe became our home base in Paris and I don’t think we could’ve found a better one. The folks there were extremely welcoming and really made it feel like we were back in LA hanging at GSC or The Cub House. We did everything from getting our morning coffee, to edit a short film there. We saw group rides take off from the cafe then we’d hang out so long we’d see them come back. Beers were drunk while watching the final Time Trial of the Tour De France, we had amazing crepes delivered to us from the restaurant next door, and we even shopped! They had all kinds of cool stuff we couldn’t get anywhere in the US. 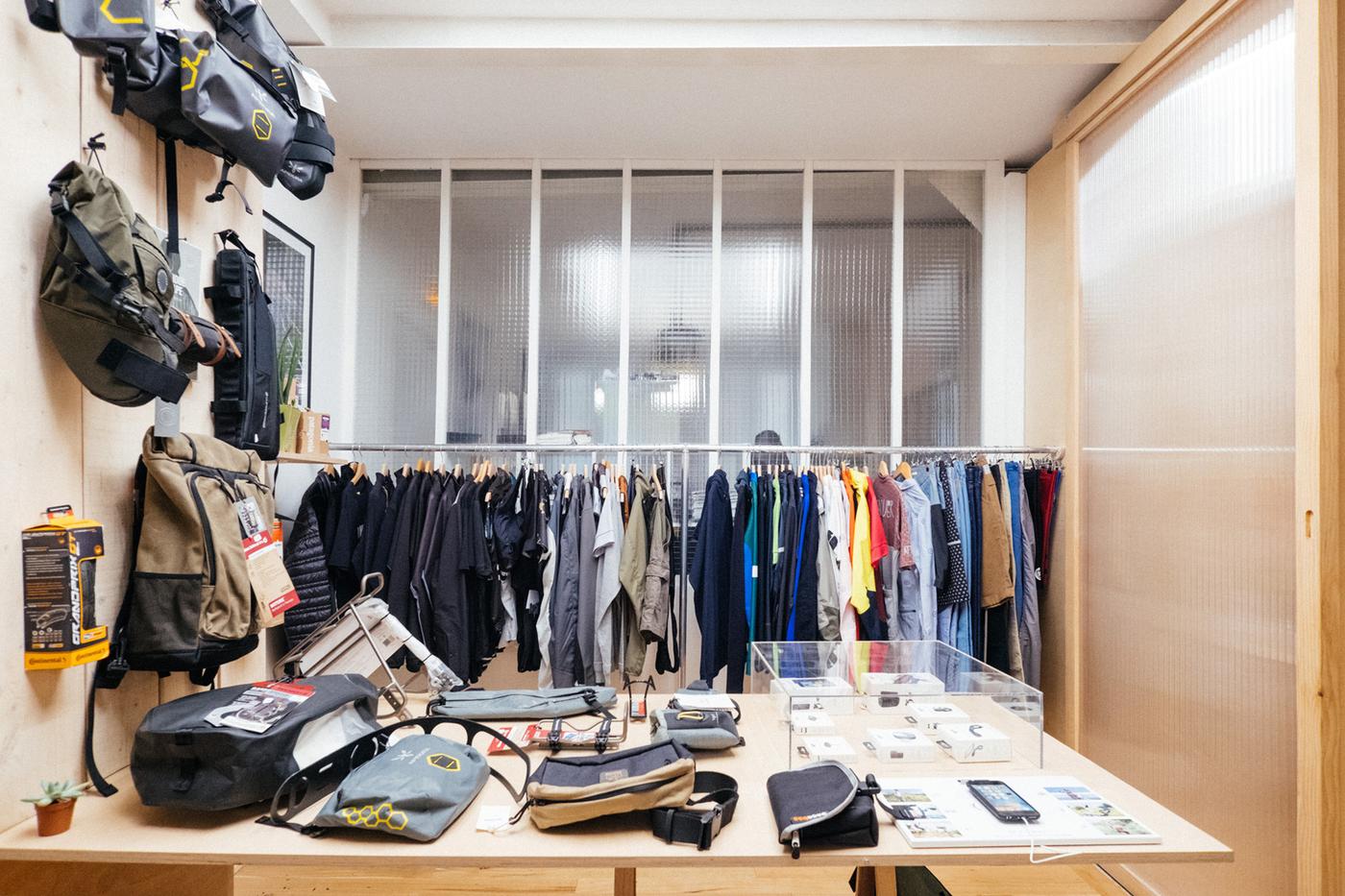 Here are some photos of the cafe and retail space on one and only quite morning, hope you all enjoy them, and if you’re ever in Paris I’d highly suggest stopping in!

Again thanks for having us Steel Cafe! Now get your asses to Los Angles!