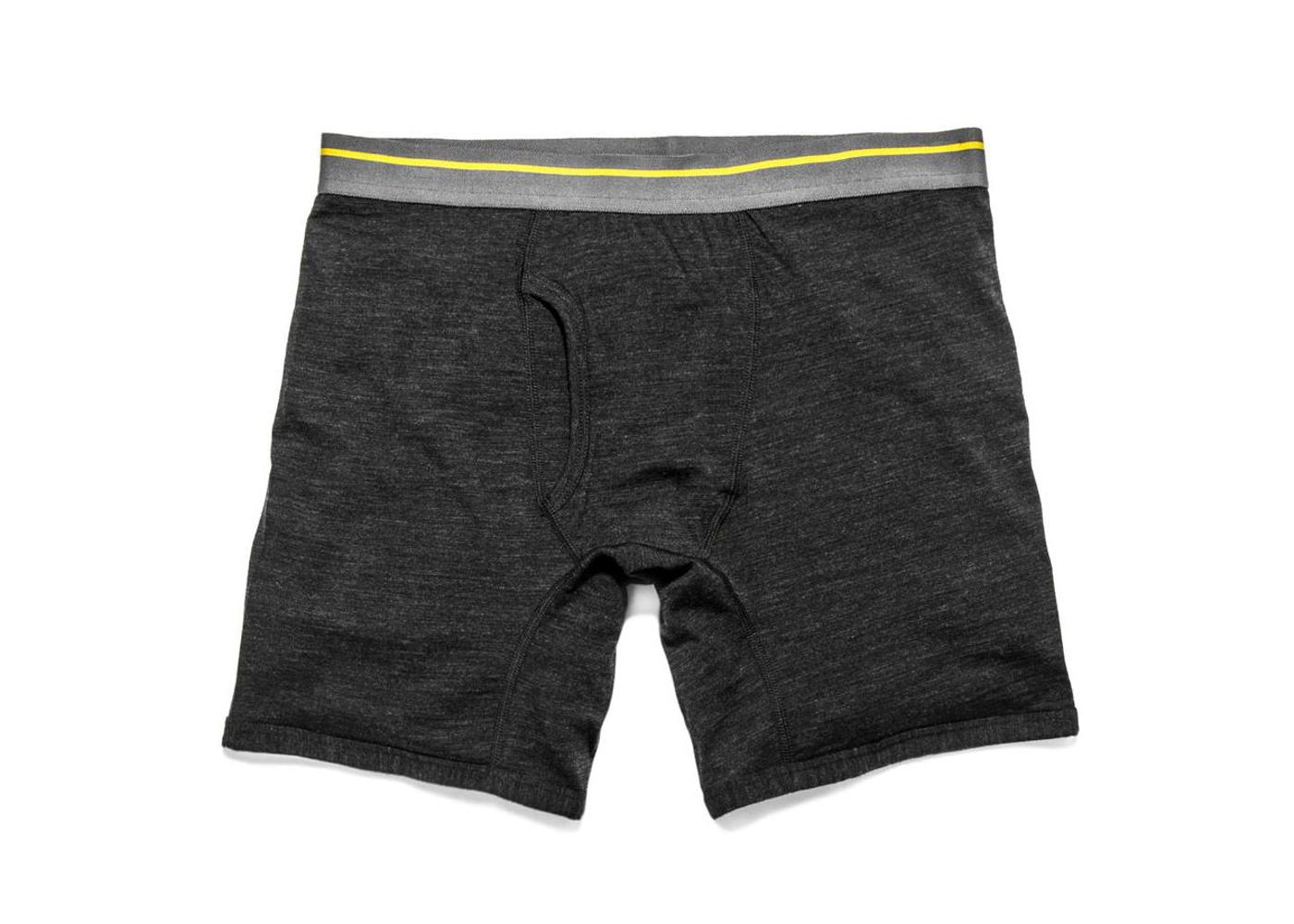 Civic’s merino boxers piqued my interest when they first launched.

Over the past few years, I’ve been on a quest for the perfect merino boxer short and before you cite that as ridiculous, hear me out. Back in 2014, during our Oregon Outback tour, I developed severe chaffing from my bib shorts during the first 20 miles of the event and was worried. I had over 350 miles to go on this challenging course and could barely walk. The worst of it was I only packed one pair of merino boxers to wear at camp. Having no other option, I ditched the bibs and put on the boxers under my shorts, along with some Neosporin and that became my kit for the day. Again, apologies for the details here. The next morning I felt great and continued to wear boxers, in lieu of bibs up until this day. Unless I’m on a road ride, on a road bike, I haven’t worn bibs since.

Here’s a random desert scape, unrelated to the content.

So why merino? Well, it’s naturally anti-microbial. Bacteria won’t grow on the fibers, so as gross as it might sound, you can wear them back to back while bikepacking or touring. While I’m at home, I don’t feel bad leaving them on for a few hours post-ride, unlike bibs which are a ticking time bomb for a saddle sore. I couldn’t imagine doing that in cotton or bamboo boxers, especially during warm months. I honestly haven’t looked back from wearing bibs or padded shorts.

Part of that has to do with saddle choice. I realized a while back that I benefit from a wider, shorter saddle, instead of the long and narrow racing saddles we’ve all been sold on by the cycling industry. The other part of that is the fact that I ride a lot, so being comfortable on a saddle without a padded bacteria sponge, comes from a hardened butt. Now, I’m not saying I have callouses, but I’m used to sitting on a saddle for hours on end.

Me, stoked to not be wearing bibs.

Finding the perfect boxer shorts has been a challenge. Every merino wool boxer brief I’ve tried over the years has developed holes on – to be frank – where my butt crack is. My theory is, normal boxers aren’t meant to be stretched over like they are in a riding position for hours on end. First I tried Patagonia’s boxers, then Smart Wool’s, before finding Ibex’s wool boxers withstanding abuse better, then Ibex’s merino blend boxers were a game changer. Suddenly, the brand folded and I couldn’t find them anymore.

When Civic launched, under the umbrella of Taylor Stitch, I tried out their merino boxer briefs and have been wearing them exclusively for months, on and off the bike, without deloping a single hole. They are the most resilient boxers I’ve owned, prompting me to share my thoughts with you, in case you’ve run into the same issues I have. Now, I’m aware, as I’m sure you are, that Civic advertises here, but after trying a “free” pair, with no strings attached, I quickly bought two more pairs at full retail. With three pairs of Civic’s boxers and two pairs of Ibex’s now discontinued boxers, I have all I need.

Questions? Comments? Disbelief? Drop your concerns in the comments.