From the UK to California: Adeline and Her Mercredi Hardtail

Yes, those astute readers of this website will recognize this bike. Kyle photographed it at Grinduro Scotland already, along with the bikes of other builders. It was the only mountain bike in the bunch and it coincidentally won the People’s Choice award at Grinduro Scotland, which is why it’s here in California right now. Adeline makes Mercredi Bikes in the UK. Her torch time is usually spent on road and ‘cross bikes, but this mountain bike was her first, in terms of building and the first MTB she’s owned. A serious cyclocross racer, it didn’t take much for Adeline to adjust to racing this mountain bike at Grinduro, where she won. I’ve always been of the opinion that riding mountain bikes will enhance your ‘cross skills and she’s quickly finding that to be true. 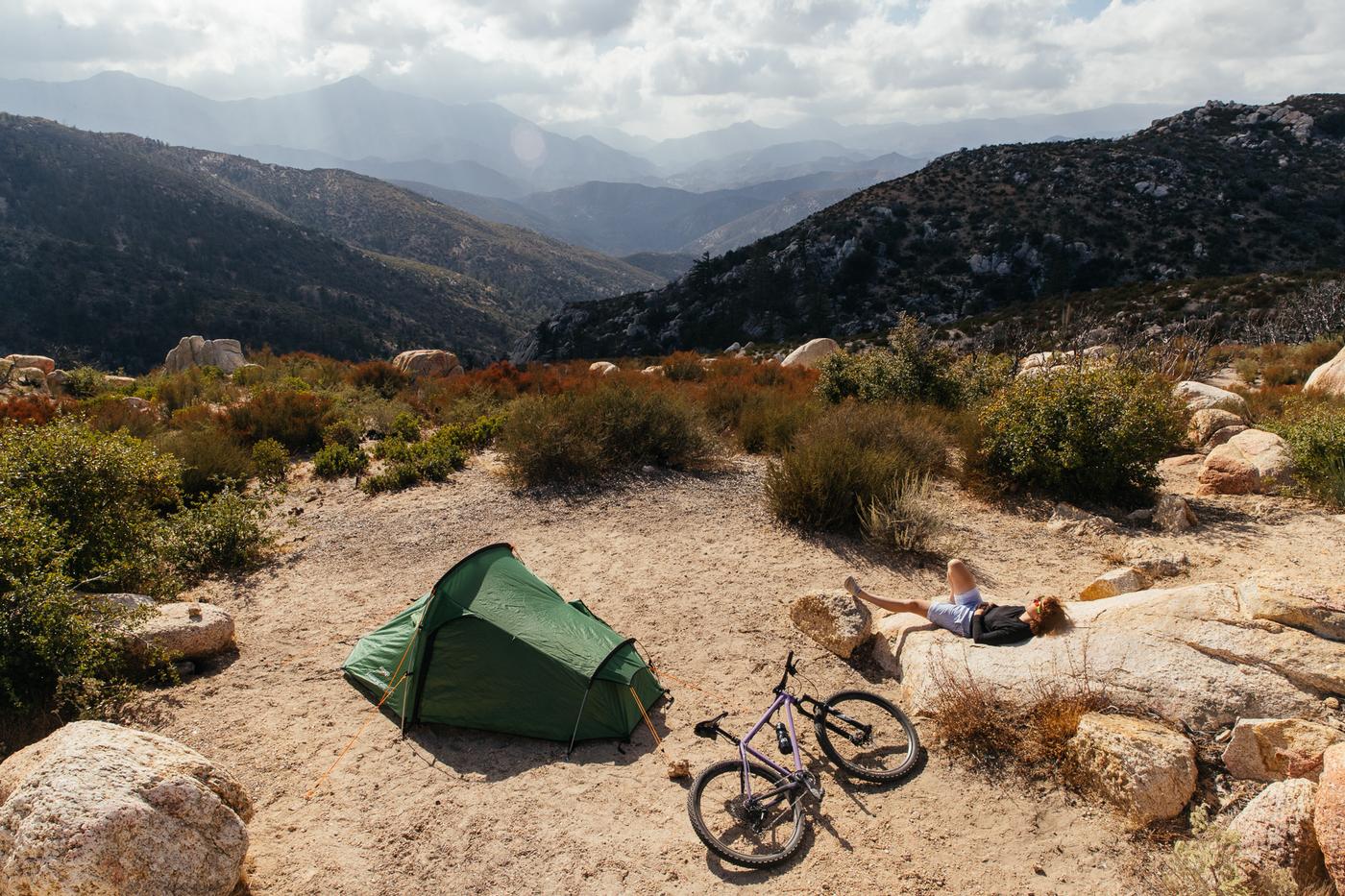 When Adeline landed Monday night here in Los Angeles, we quickly planned a camping trip high in the Angeles National Forest. We’d camp in the Chilao area, ride the trails, cook over a fire and spend the night watching the stars circle overhead. Sounds like a perfect introduction to California living, huh? We rode the trails and the whole time, Adeline kept saying her mind was blown. This is coming from someone who lived in Switzerland and has traveled all over Europe with her bike. For her, the part that was so impressive was the proximity to the city and the fact that the trail itself changed so drastically over the course of just 10 miles. As for this bike, it’s made from a special mix of Columbus tubing and build exclusively with SRAM and Rock Shox components. Its zippy geometry gives it similar handling to a cross bike, with the added tech of a suspension fork and bigger tires. The transition from ‘cross bikes to this hardtail has been easy for Adeline, as she’s quickly developing new skills by pushing herself to try technical trail sections.

Kyle and her are heading to Grinduro this week, so if you see them, shoot them a high-five!