The east coast is like a frumpy ex-lover. She wears the same green maple tree moo moo every day in the summer and wears nothing but a cold distant gray gaze all winter. Her breath smells like a yawning swamp, her clammy visage infected with ticks, mosquitos, and horseflies. Yet still, she’s comfortable and familiar, drawing me back time and time again with that ruddy olde face.

The Appalachian mountains of the northeast are among the oldest mountains in the world. 480 million years olde according to Siri; 483 million if you ask Alexa. By contrast, the sensuously photogenic Rockies are a supple 55 million years young. That’s another 428 million years of HARD livin’ for that olde bag of a spinster, Mrs. Appalachian East Coast. The glacially mowed over Appalachians sit plain and internet forgotten, cloaked in a canopy of hardwoods with nothing but a flip phone for company. This all sounds great in theory, and it really is, butttt they sure don’t photograph all that well… and if you can’t get that ‘gram, then why do it, amiright????! 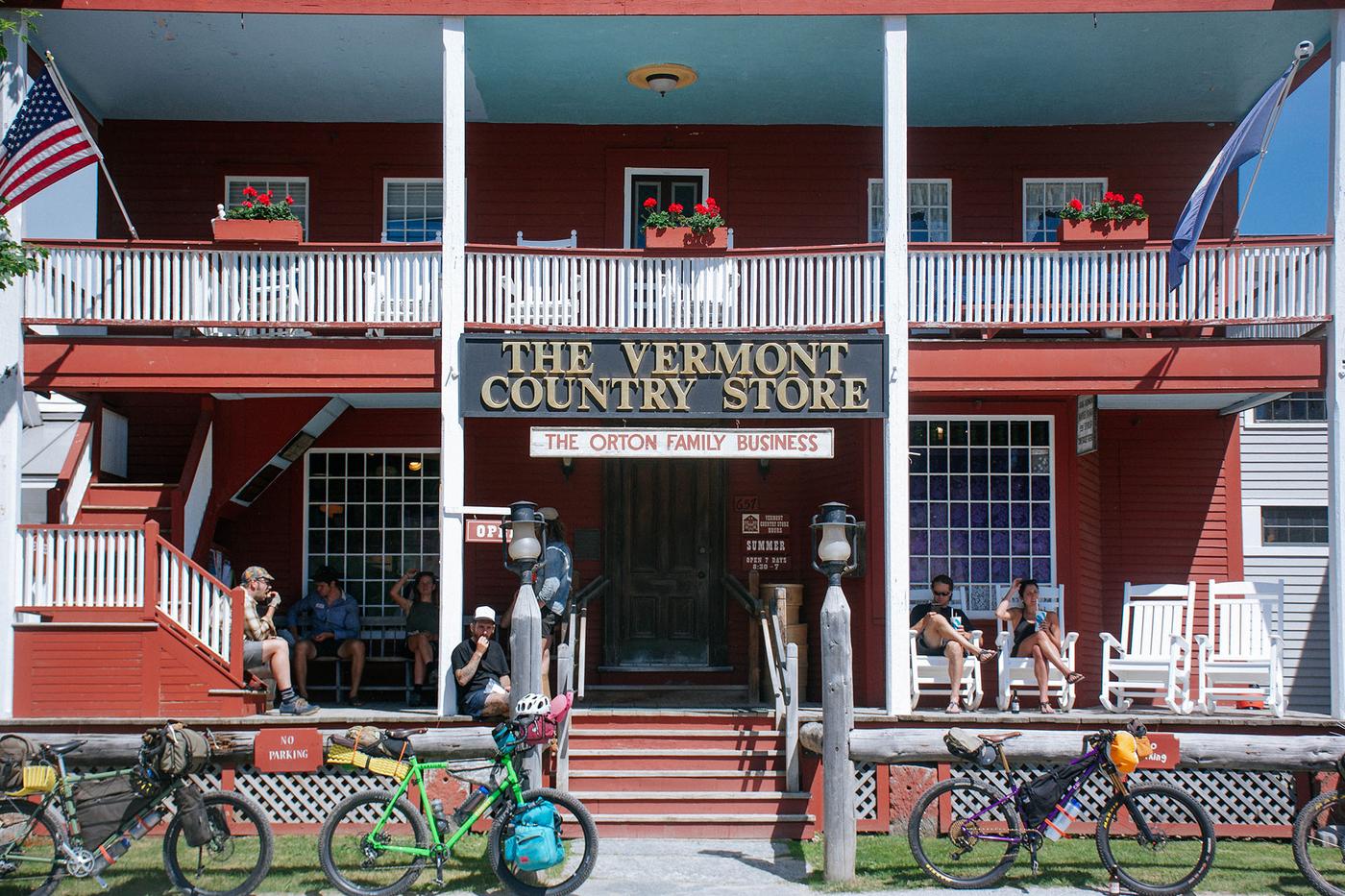 New England has QUAINT. Not the fake quaint you find in other parts of the country, but the real deal buttermilk flapjacks, picket fenced, historically accurate saltbox, red barn sipping maple syrup outta a flask on the porch overlooking a covered bridge gosh golly kinda quaint. The highest concentration of this sovereign form of “Quaintism” resides in the tiny towns and hamlets of Vermont and to a lesser extent in my home region of #nutmegcountry. In these Norman Rockwell paintings, every day is a farmers market. Those who can’t make a living off the artisanal, survive on fudge retail. Mmmmm.

So now that the stage has been set, imagine welcoming in the summer amidst an atmosphere of bogs, thick maple tic jungles, and covered bridges aside a 14 piece gaggle of touring friends from places that aren’t as quaint. The plan was to ride the 300-mile XVT bike packing route over a number of class 4 bog roads and rooty single track that span the length of the green mountain state. Looked fun enough on the internet, and it really is the only route of its design for backcountry touring in the northeast. So we met up at the Brattleboro COOP (one of my top 10 coop picks, BTW) and headed out onto Vermont’s famous dirt network of country paths. For the first 3 days, the ride was classic Vermont, but not very technical in the ways we had expected. We were all mostly on mountain bikes, and the road surfaces while still being dirt, could have been ridden on a TT bike with a butt plug for a saddle. Maybe I’ll try that next year. Anyway, the tour was my idea, and by the 3rd day, I started to question what I was leading us on. After some simple research when we got to LTE, I realized that I had been following heirloom einkorn wheat sourdough bread crumbs on a totally different route than what we had read about and planned on. CLLLASSIC POPPI!

After filling everyone in on my blonde moment, we decided to combine the 2 routes, taking the more backcountry XVT where it seemed feasible, and the easier when we weren’t feeling very athletic – which was most of the time. That turned out to be a pretty good plan, as after pushing through the malarial swamplands, and over the top of techy granite gardens at mach 300% humidity, we decided that completing the entirety of the route in these conditions would take us a month or more. Again, consistently stunned at how fast some folks can ride their bikes through terrain like this all day and night. For perspective, the current FKT was set by Calvin Decker at a time of 38 hours a few Septembers ago…. However, I don’t think he stopped for many fudge samples along the way. 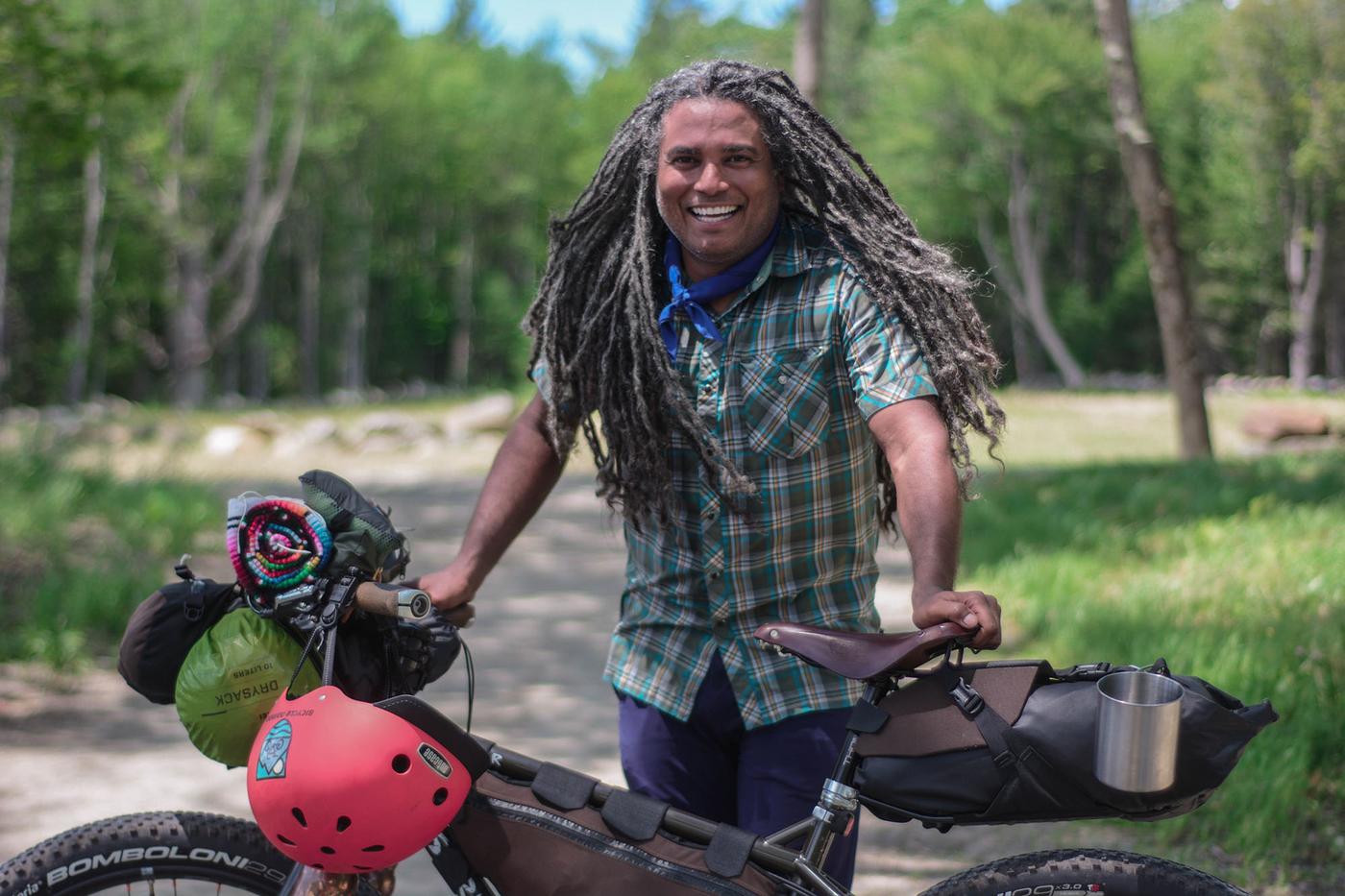 Fortunately enough for me, and those depending on me for navigation, you really can’t pick a bad road in Vermont. The Green Mountain state boasts 8,000 miles of dirt roads, and only 6,000 miles of pavement with a sparse population of 600,000–most over the age of *70. The scenery is defined by the spanning post card pastors lined with stone walls, dotted with dotted cows and clapboard Colonials boasting historically accurate badges. While not the jaw dropping sex appeal of the young western mountains, no one would argue that the scenery of New England has an inimitable charm to it.

The entirety of our ride was cute and lovely, hampered only by mosquito swarms, delayed onset Lyme Disease, and a mid evening flash flood at the top of Lincoln Gap. That little hamper resulted in 3 of our tourmates being thoroughly sodden, along with all their gear and dreams. Together in the torrential summer rain, these brave souls descended down the steepest paved mile in the country, shivering and discomfited, calling on their spouses to drive up and retrieve their discarded bikes, tents, bags, and bodies so that could go home and drain their mosquito bites while watching Netflix. That’s bike touring! The following morning opened its arms bright and dry, inviting the rest of us to drop down classic single track on the actual XVT into the pastoral Mad River valley, enjoying New England for what it is-a place you rarely hear about in our world, thick with forest, thin with vistas. Four steps back in time… Negative population growth. Lovely for those reasons. Quiet and quaint.

After a satisfying night nestled in billowing ferns, half of us loaded our bikes on the Amtrak Vermonter and headed south on the polar express. Note: only half. For future reference, the extremely *efficient and *reliable corporation of Amtrak can only take 4 bikes at a time on the ol’ Vermonter. They had told me 10-15 when I called to check on this (at least that’s what I told everyone), but who’s counting? We all made it back eventually, and I’d say we all had a really nice time touring this stodgy yet charming corner of the country.

Included in this photoset I have also attached shots from a #nutmegcountry weekend trip I led for a group of 13-14 NY city slickers just a few days ago. This further demonstrates the notion that a lowly New Englander needeth many weeks of content to pen just one story for the National Georadavist.