I love Paul Sadoff’s creations. You know the ones. Rock Lobsters always grab my attention, especially special ones like this one. Max is special. In his own way and so when he decided he wanted another road bike, much less, another Rock Lobster, he contacted Paul to build him an S&S travel road bike that could fit a chubby tire. Since he’d be cramming this beaut into an S&S case, Max didn’t want to put anything super precious on the bike, so he went with a tried and true Sram Red 10-speed group that he had pulled off an old race bike of his, along with some alloy Zipp wheels. Ok, so maybe that’s not exactly the cheapest group for this bike, but what can I say? Roadies that race crits have all kinds of trick road gear just waiting to be bolted onto frames. 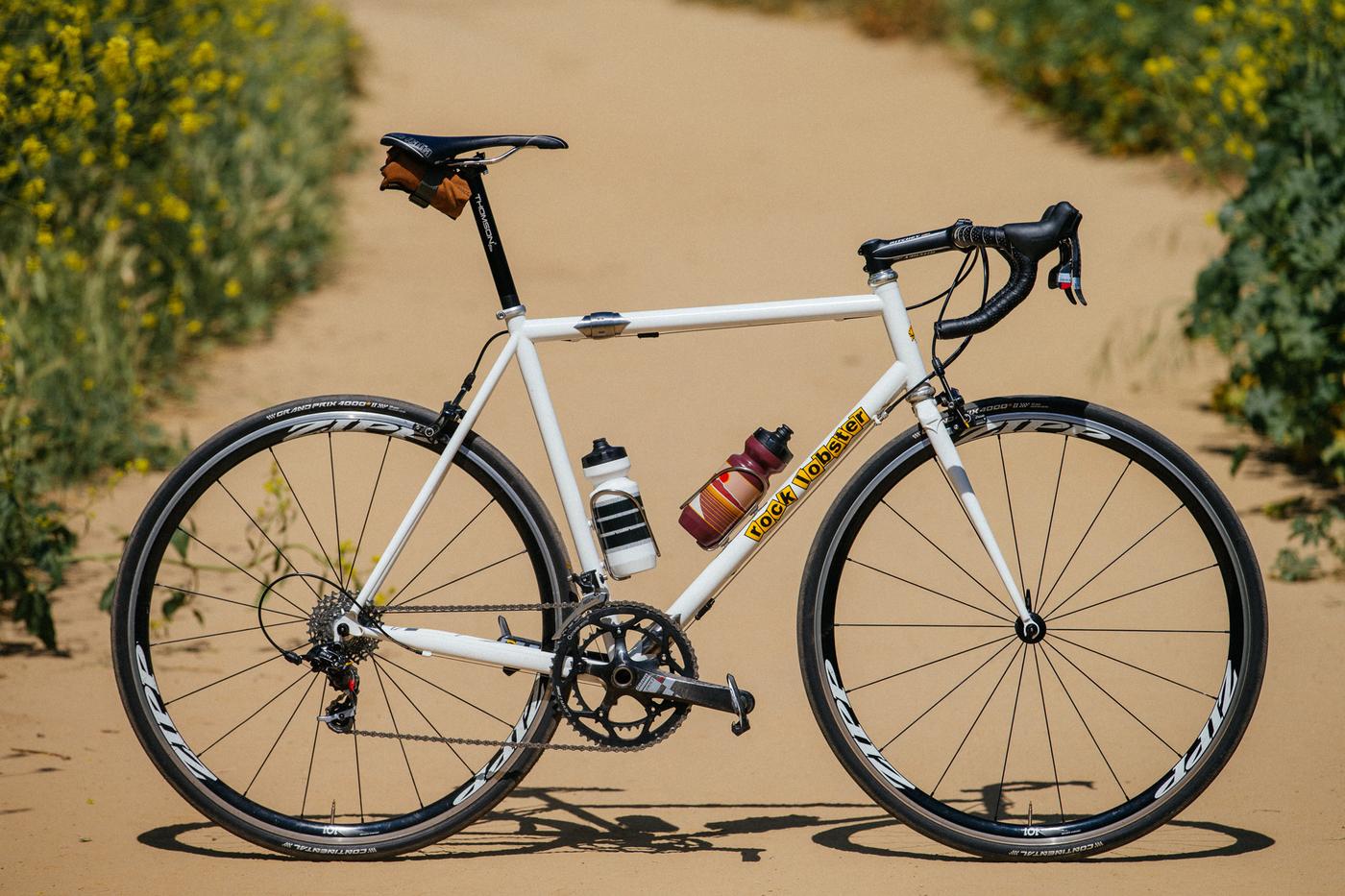 Max, thanks for being a good sport and for supporting a rad guy like Paul. I think it’s time you order another Rock Lobster… ;-)