A particular genre of plans are hatched in the depths of cold, dark Montana winters. Call it cabin fever, call it seasonal affective, call it whatever you like, but after months of cloud-choked skies, icy winds, and trails buried under feet of snow a cerebral switch flips. Dreams of green and blue flicker, illusory echoes of hoots and laughter brought by the thrill of wheels rolling over dirt ring in the subconscious. So when a group of old friends reached out last January to suggest we reunite to bikepack the Colorado Trail, I couldn’t say no. 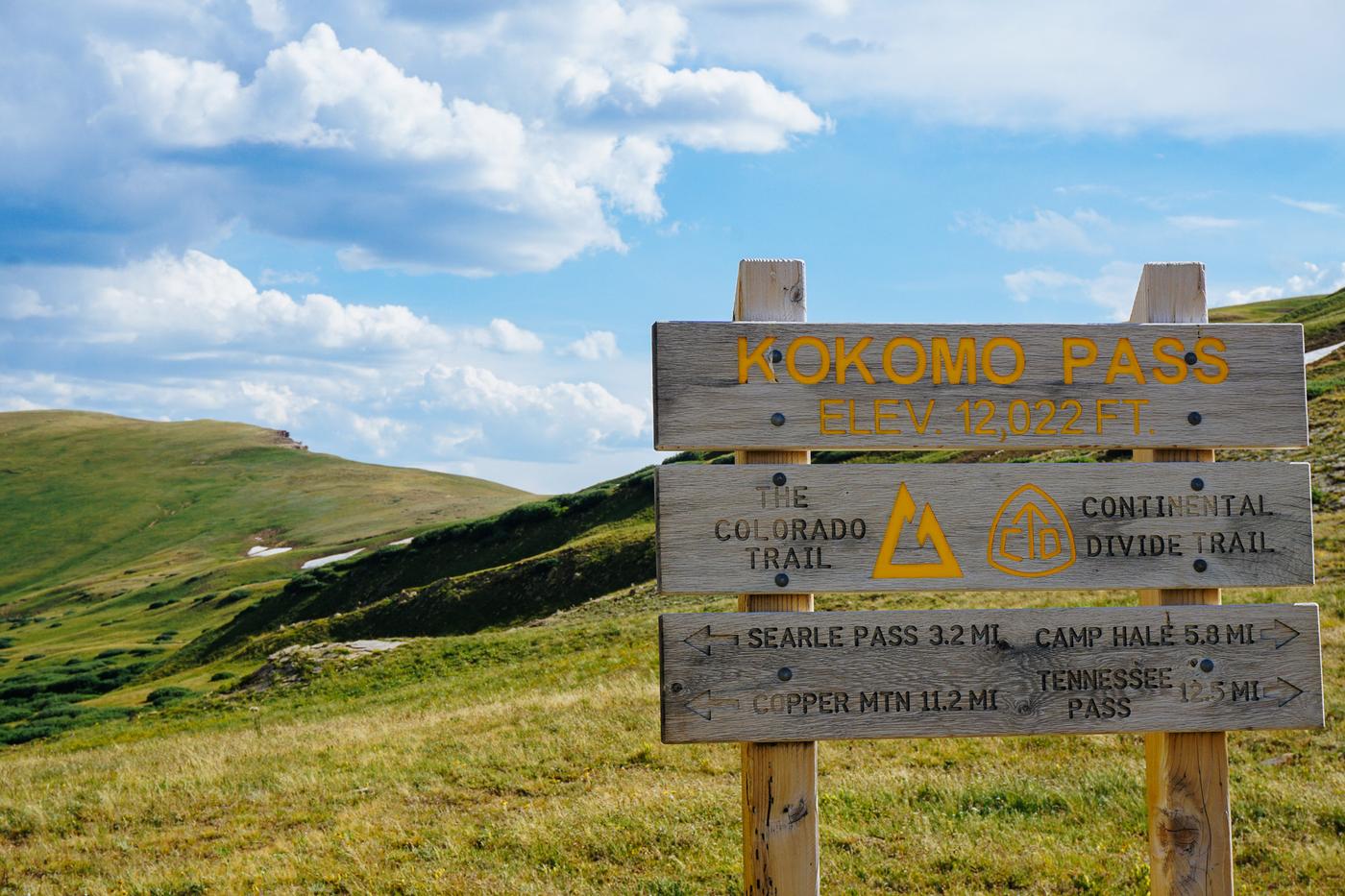 The Colorado Trail (CT) is a spectacular piece of infrastructure. Connecting Denver to Durango with nearly 500 miles of almost all singletrack (cyclists have to detour around a couple of designated wilderness areas), the CT offers all of the remoteness, ruggedness, and scenery of the grandest tours but on a shorter and more logistically simple scale. Our group, with plenty of experience backcountry camping, but barely more than a handful of overnights by bike, opted for a “business casual” pace of 10 days. We also had the luxury of family members in Colorado who were hugely helpful in both drop-offs and pick-ups. 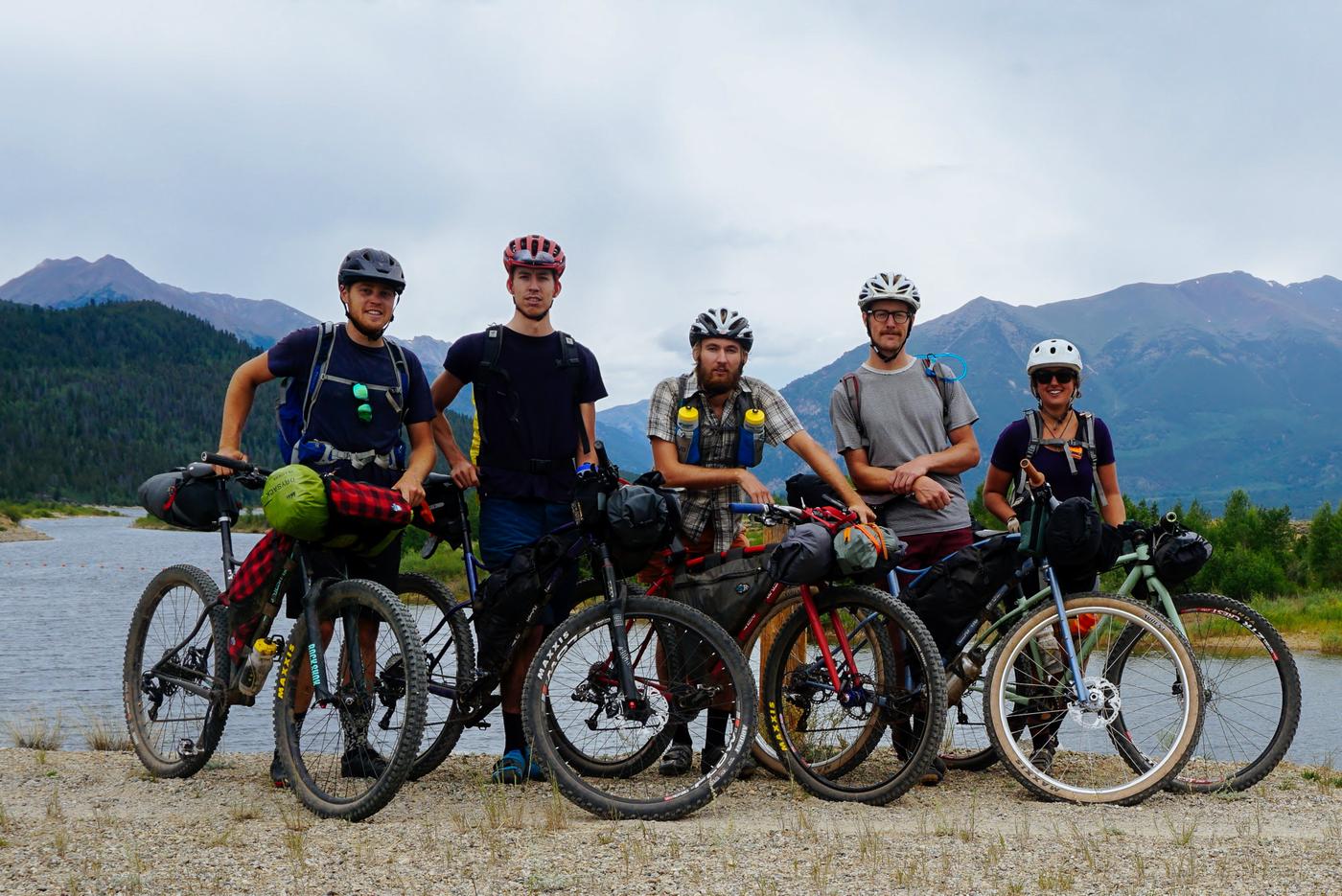 I’ve known Adam, Ben, Ellen, and Mike about as long as anybody knows anybody, seriously. We’ve been riding and racing bikes together since middle school. When our friend Adam started building frames years later, we happily volunteered as test pilots and cheekily dubbed ourselves the #sklarbikesfactoryteam. But as it happens, the diaspora of life has taken us our own ways, and save for the odd holiday rendezvous we hadn’t all been in the same spot, much less ridden bikes together for a long while. 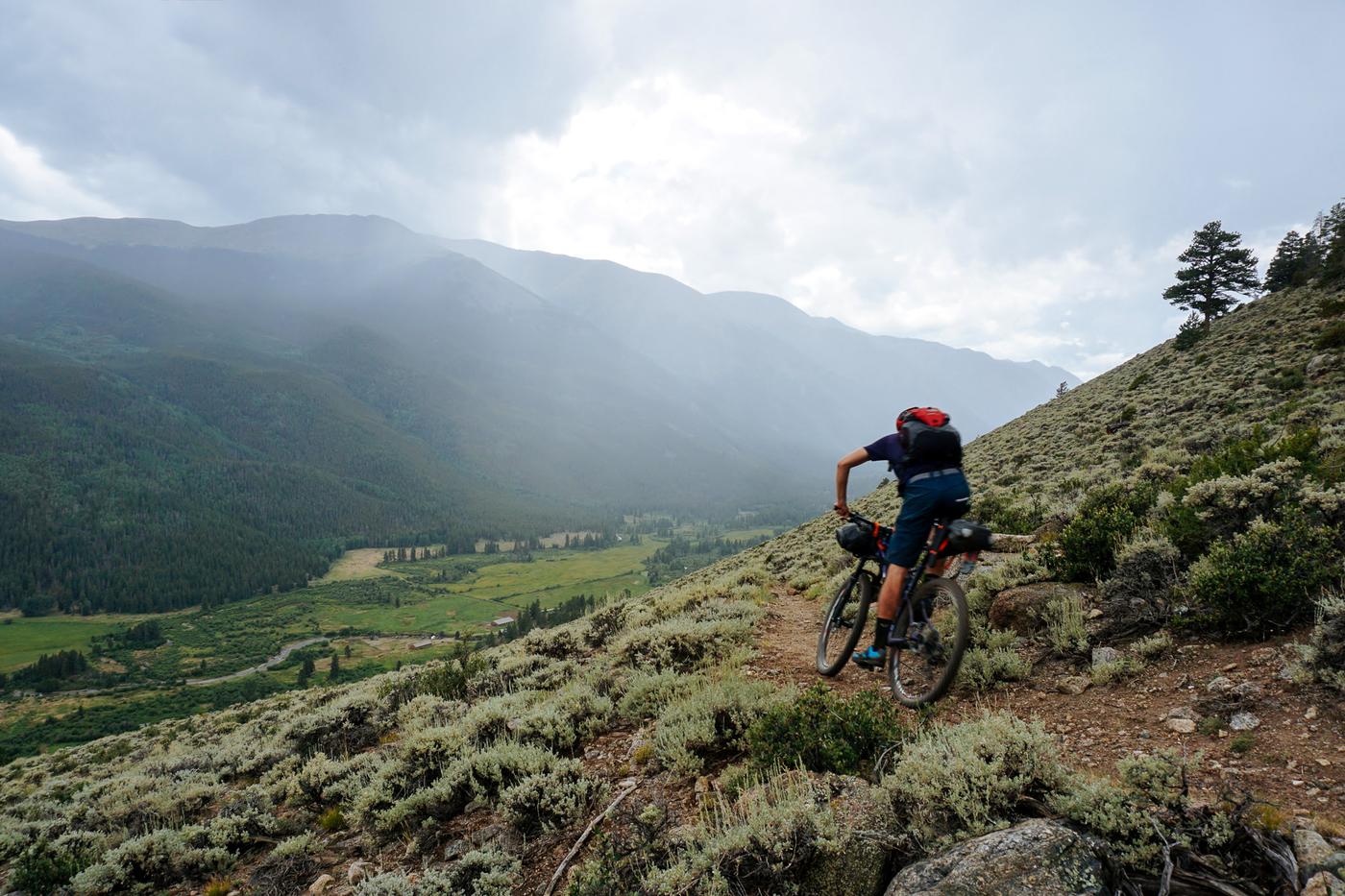 Traveling north to south, the ride started in the full summer heat of August in Colorado’s Front Range but quickly climbed to treeline and beyond. The days were big and rewarding – miles upon miles of pristine trail through the heart of the Rockies. Towards the end of day four, we rolled into Buena Vista for burgers and milkshakes under an ominous bank of clouds building over the Collegiate Range to the west. Spirits were lifted as we left town on Highway 306 in a downpour when a passing car slowed to hand us each a cold tallboy of PBR.

“35 Degrees,” the poncho-clad thru-hiker reported with a sort of half-smile, half-grimace as we passed.

We had just passed the high point of the CT, well above thirteen thousand feet in the heart of the San Juan Mountains. It was August, and hypothermia conditions were textbook.

Soaked to the bone and shivering, we pulled over to set up the larger of our 2-person tents. Inside, we shared the remainder of our snacks and debated our options. A flask of whiskey made the rounds, and morale was assessed. We had just spent all morning riding and pushing our bikes through the clouds above treeline, and we were still a full segment (20ish miles) away from a hot meal in the old mining town of Silverton.

As we sat, the drumming of rain on nylon slackened, and we made the call to forge ahead. Feet wrapped in trash bags, we began climbing up the next pass and the rain stopped completely. Dark clouds swirled in all directions around us, but our small weather window held for the rest of the afternoon. The sun stayed just long enough for us to complete the final segment of alpine riding before, almost as though on cue, the heavens again opened up on us as we descended several thousand feet into the valley.

Rain continued to fall through the night in Silverton, thunder booming off the mountain walls. On the way up Molas pass the following morning, the weather gods redoubled their torrential efforts, so where the trail diverges from the highway we pulled aside to stand under a tarp and again discuss options over whiskey and sour gummies. With several more days of rain forecasted and flash flood warnings in place, we opted to paceline down the highway rather than take the final two days of trail to Durango. A bummer to miss out on what is supposed to be the best section of the whole trail? Sure – but also a great motivator to come back next year. Even as I write, hallucinatory wafts of pine boughs and dampened soil are filling my head. 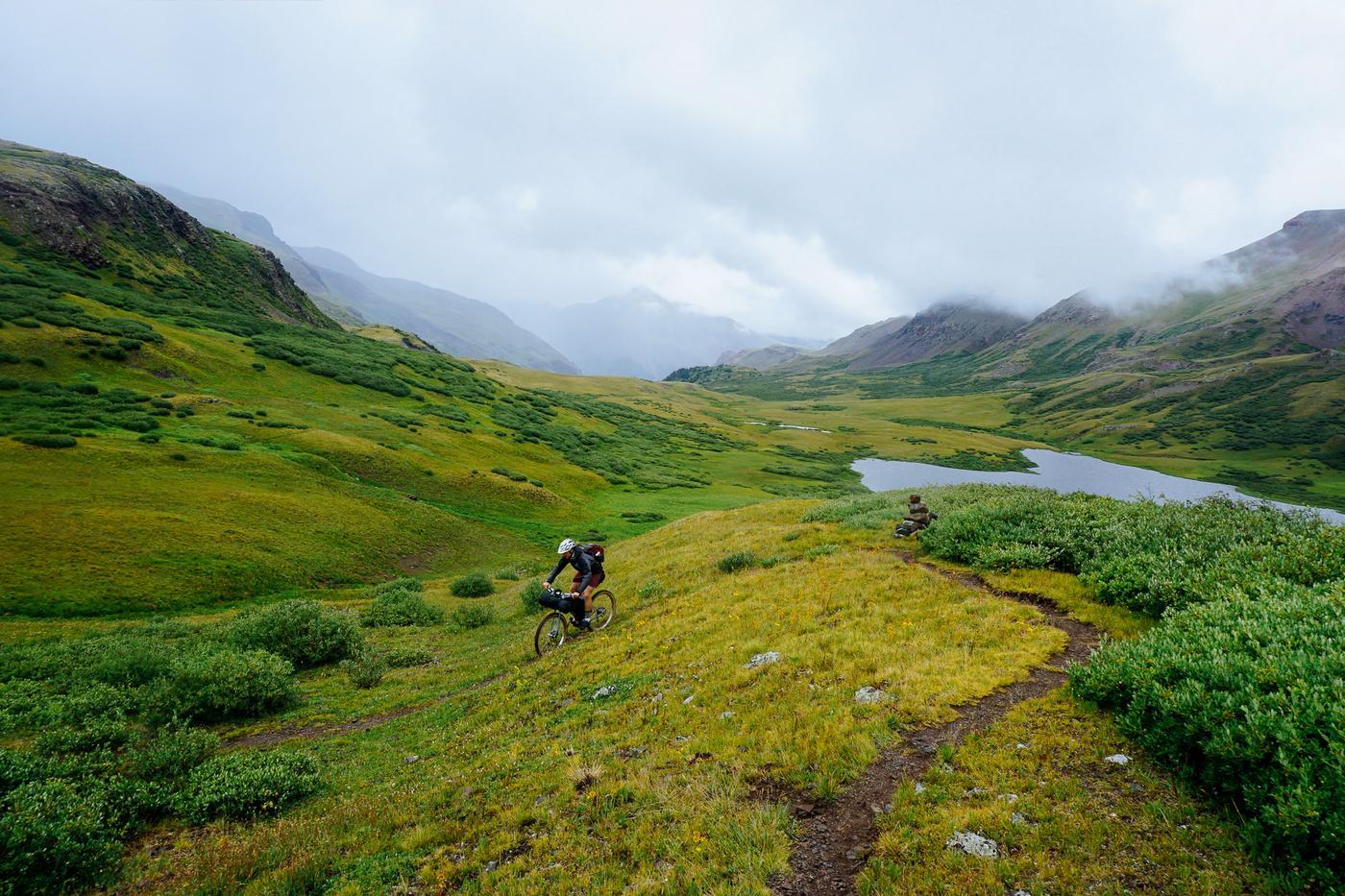 I’ve long believed that mountains are one of the best ways to cement friendships, but this time it was rendezvous, a recementing of old friendships. Despite waves of rain and cold (it was, after all, monsoon season) we had a blast. I can think of no finer way to catch up than over the chaos of a fully loaded hike-a-bike, the rising steam of the Jetboil in the morning, or the gentle rhythm of life that comes from extended trips to the backcountry.

Bikepacking is fun. For all the hours spent exploring the digital documentation of other people’s adventures, reading gear reviews, and futzing with preparations, it is possible to lose track of the joy brought by miles passing and nights out. May we all be so lucky as to share a few more of those miles and nights with good company in the coming year.