Call it what you will, but 2016 was an interesting year and I’m not just talking politics! There were a lot of incredible bicycles featured here on the site, many with even more interesting stories and some were even affected by the events of 2016. We’ll get into that a bit later. Grading these beautiful machines is anything but easy and usually requires a few days of data compiling, including but not limited to social media chatter, visits, comments and time spent on that particular page. Since all bikes can be beautiful, this list includes both custom and production bicycles. Some of these will be a no-brainer, others even surprised me. Without further adieu, here are the Radavist’s Top 10 and Then Some Beautiful Bicycles of 2016, in no particular order. 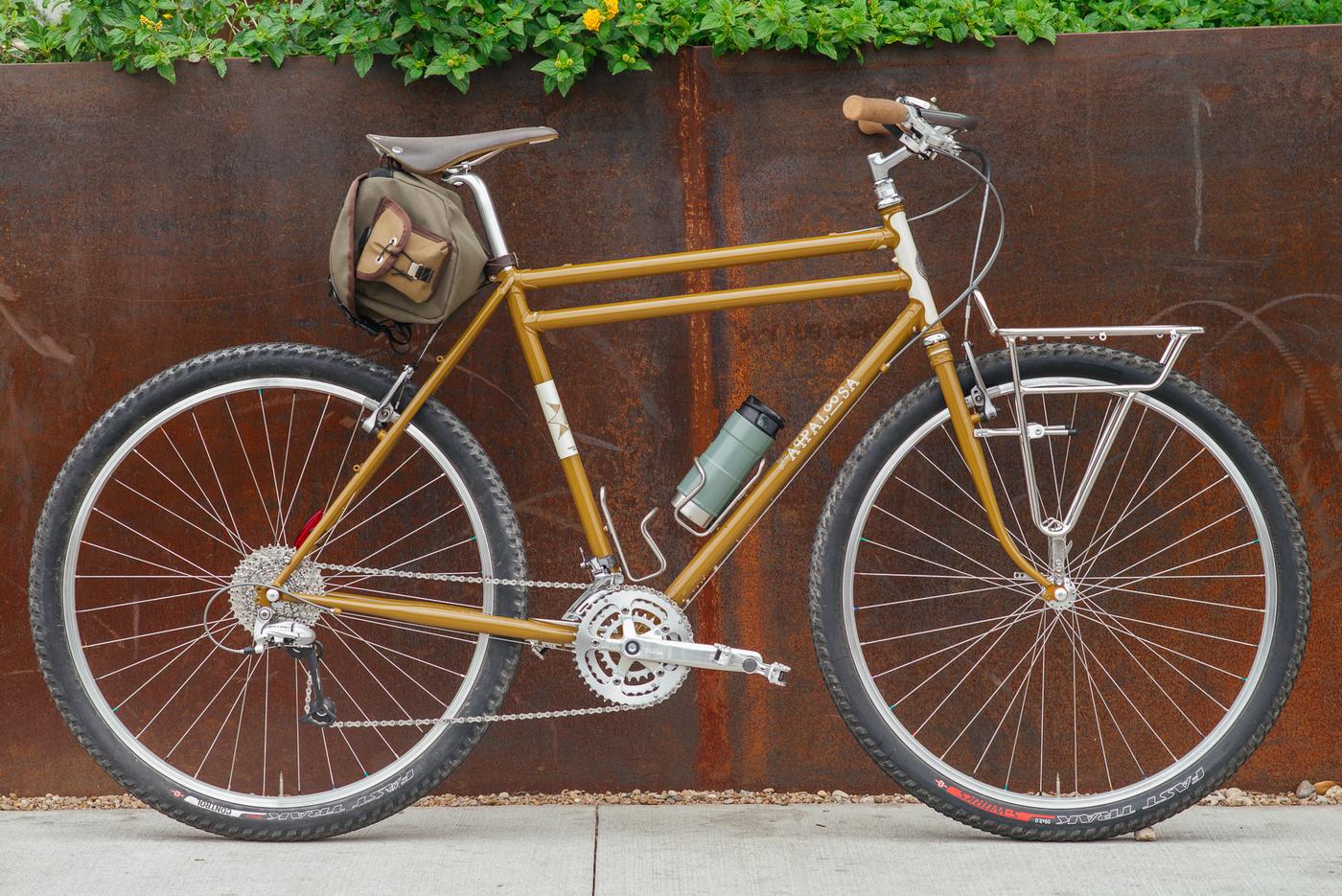 It is my humble opinion that everyone should own a touring bike and if anyone knows a thing or two about on-the-bicycle livin’, it’s Grant Petersen from Rivendell. Jonathan was looking for a classy upgrade from his Long Haul Trucker when a deal on the Joe Appaloosa tourer popped up. Built with all the bells and whistles, ok, maybe just one bell, this bike has already seen some Austin, Texas touring. If all you see is a flash paint job, then you’re missin’ out! Parker’s A-Train is a prime example of a custom bike that resolves problems in a classy, and still flashy way. Sure, that paint is divine, but the construction of this frame and component selection isn’t to be passed over. By pairing XTR Di2 with Dura Ace shifters, allowing him to get both a clutch derailleur as well as a longer cage to wrap around a bigger cassette.

Getting to shred a bike like this for six months was a highlight of the year for me and seeing how stoked people were on Curtis Inglis from Retrotec’s creation was an added bonus. Curtis knows how to make a great looking bike that is also an absolute blast to ride. Even with those big tires, it was hard keeping the rubber side down on this one! It’s purple and it’s a Speedvagen. Even with its untypical subdued paint, the OG-1 is a great looking bike and one that had people buzzing, including myself, prompting me to buy an OG-1 after reviewing this one for a few months. 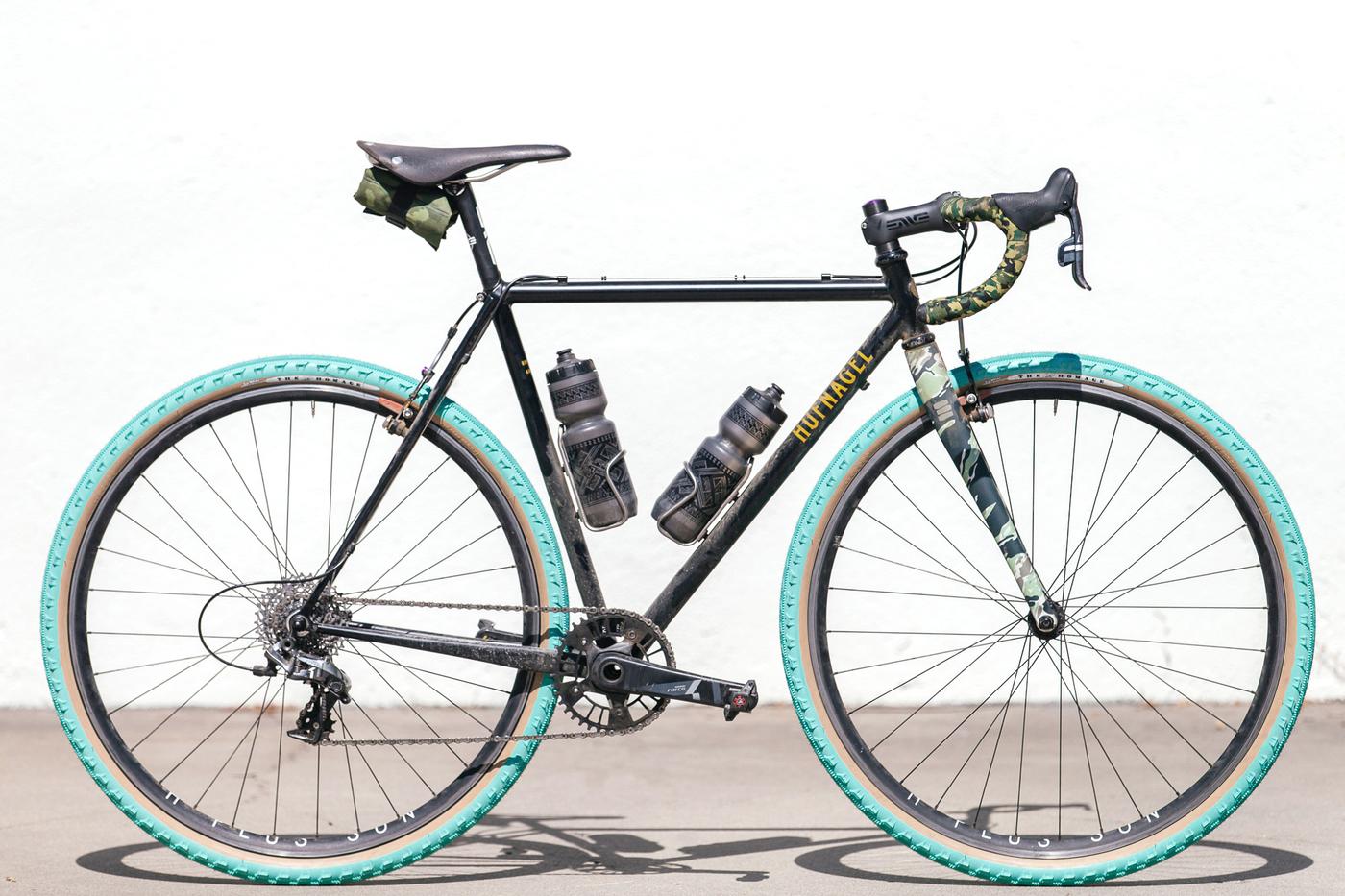 There’s a lot of unobtanium pictured here. First, that Hufnagel frame is one of the last frames Jordan built before putting down the torch and then, you’ve got a Death Spray Custom fork, which is also nearly impossible to acquire. If you put those two together, along with those flashy Sim Works tires, you’ve got one good lookin’ bike. 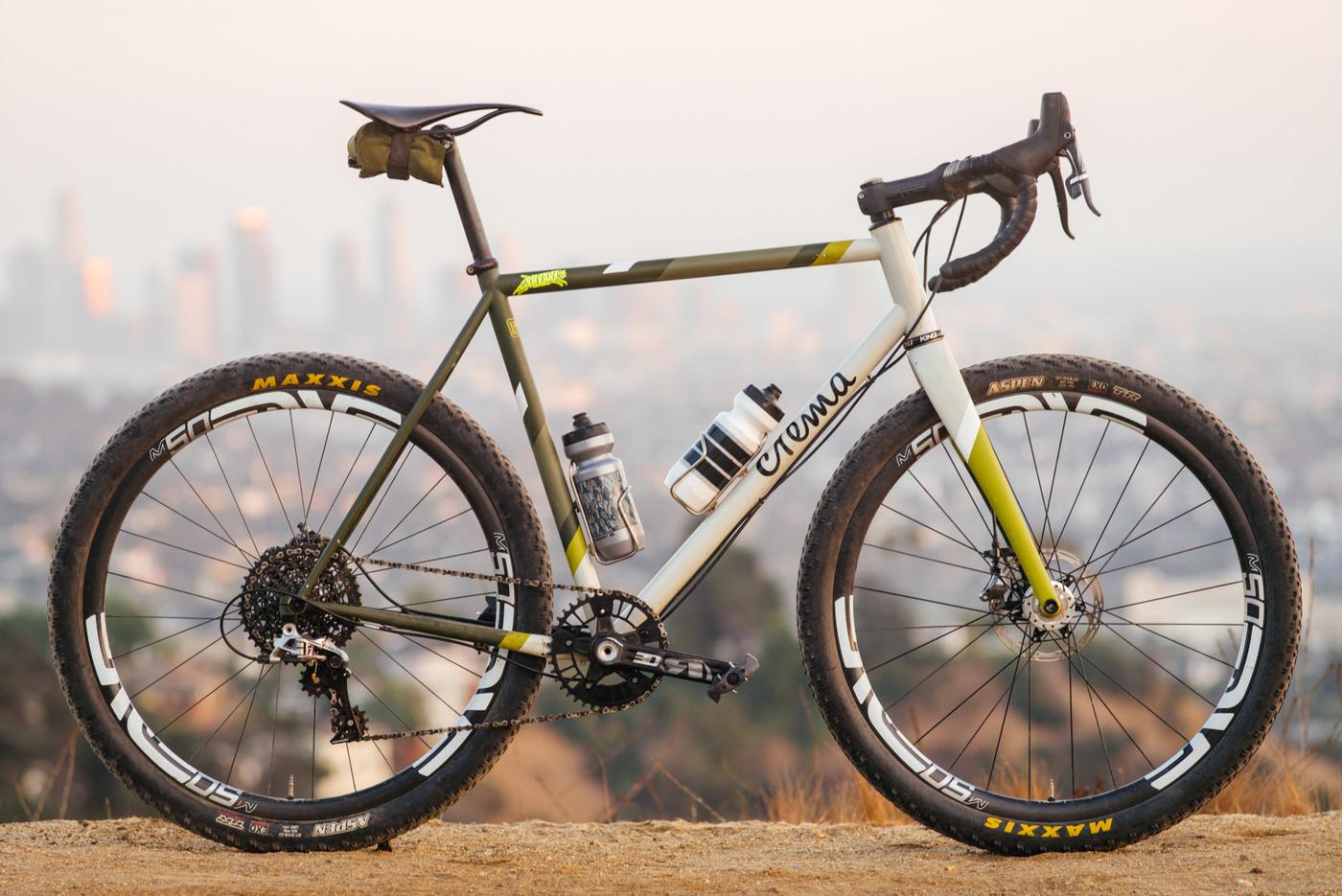 Smaller wheels and bigger tires are maybe the theme of 2016 in terms of bike design. This Crema Duo changed the way I ride bikes in Los Angeles and even inspired… 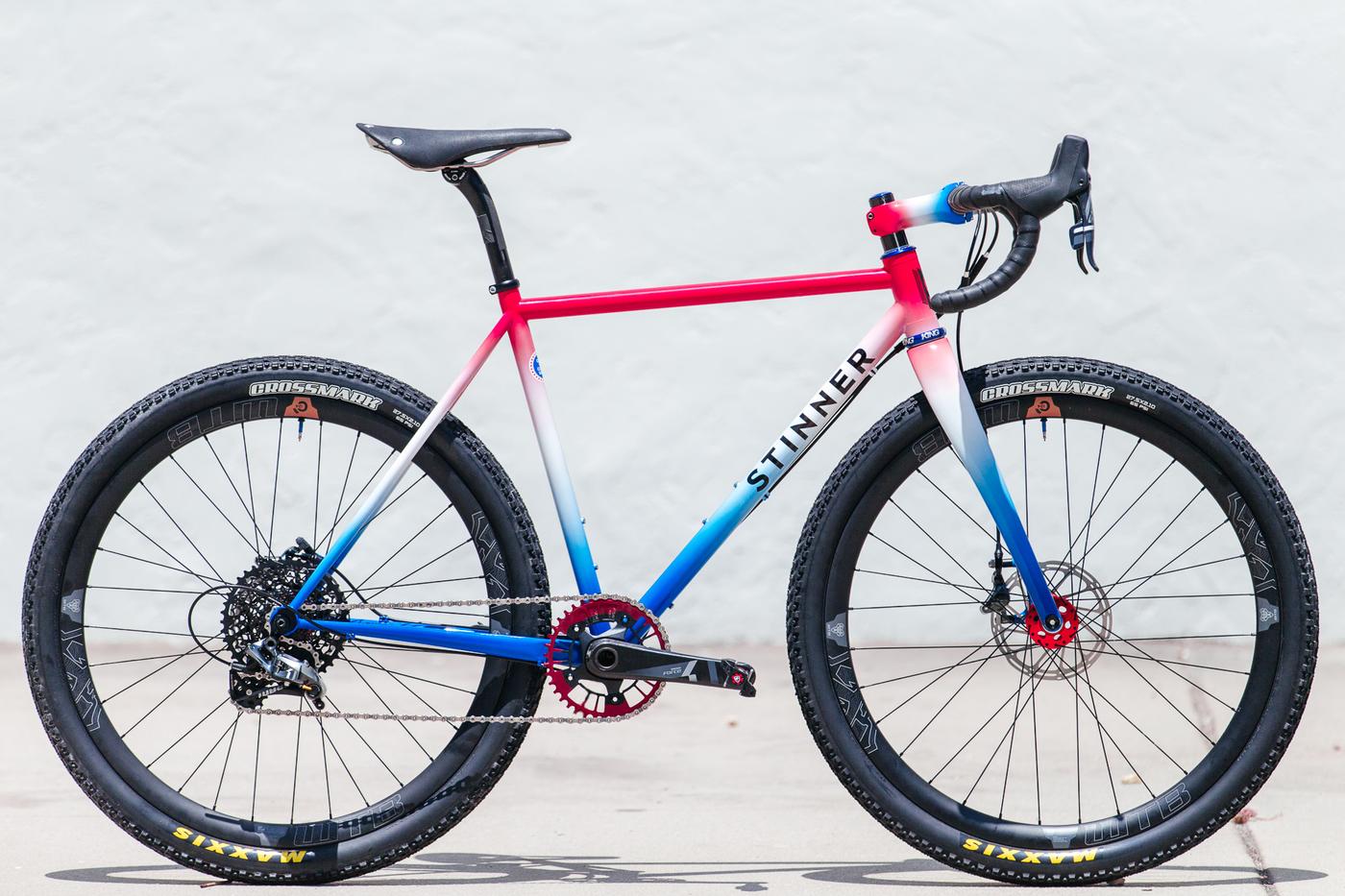 The concept is simple: make a 700c ‘cross bike with enough clearance to run a 2.2″ mtb tire on 27.5″ wheels so it’ll be more shreddy on the trails. Whether or not you paint it in patriotic red, white, and blue is up to you.

Yes, 2016 was a bummer in terms of the musicians we lost. Merle Haggard, Bowie, Leonard Cohen and Prince just to name a few. Perhaps the latter was the most celebrated, inspiring Anna to make a tribute bike with local builder Eric Noren of Peacock Groove. Something tells me this won’t be the last time we see this bike here on the site. Wanting a more resilient, rigid mountain bike for dirt tours, and inspired by Ryan Wilson’s own touring rig, I contact Kris Henry at 44 Bikes to make a special rig just in time for Tasmania. With clearances for a 3″ tire, this unique rig will be romping its way around the desert throughout the new year.

Long live the touring bike! Morgan and Stephanie inspired all of us with their summer time tour from Canada to Los Angeles on their matching Soma Wolverines, each built with very specific uses in mind. These two bikes are some of the nicest builds on the site this year.

Now for the bonus Beautiful Bicycles: Drum roll… the most talked about bike on the Radavist in 2016: the Specialized Sequoia Relaunch. The Sequoia stirred up things over here and it’s easy to see why. 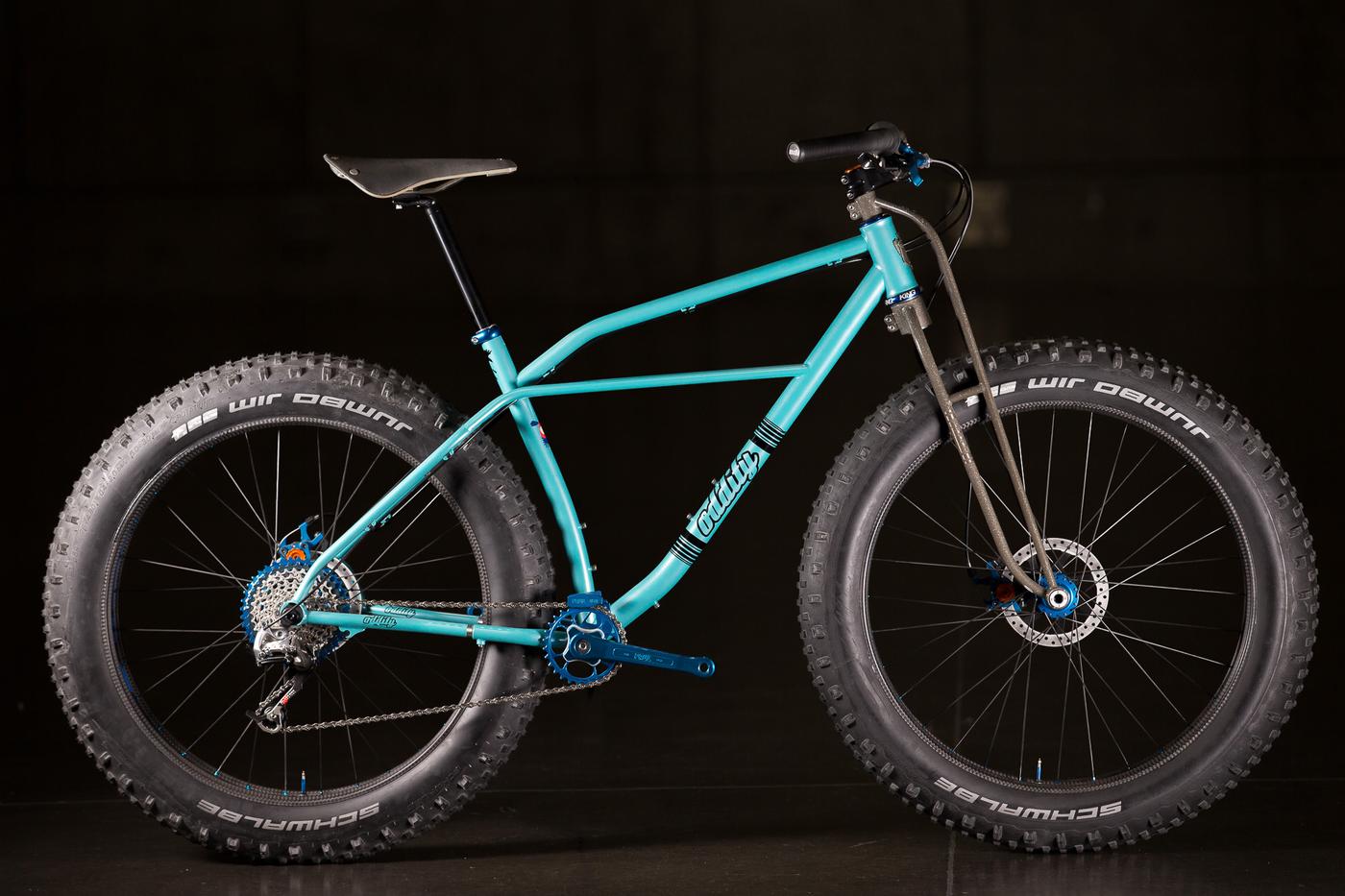 This Oddity Fatbike broke a site record for the highest traffic on any NAHBS bike, ever. Thus throwing me a curve… er ball? Tubes. Curve-d tubes. Yeah, that’s it. Oddity knows how to build one sexy mountain bike!

If your favorite didn’t make the list, call it out! Got any questions? Drop them in the comments. Thanks again for sticking around this year for the bikes, the stories and everything else that finds its way onto the pages of this website. Happy Holidays!