Ever since first reviewing the All-City Mr. Pink and then the lavender Speedvagen OG1, I really wanted a steel road bike again. After some finagling, I managed to buy an OG1 frameset, along with a few painted-to-match parts from the Vanilla Workshop. Now, since the OG1 is a ready-made, off-the-shelf geometry, it’s not as pricey as the other Speedvagen frames. I also didn’t feel the need to go custom for this frameset, since the OG1’s stock geometry fit me pretty well. All I needed was a spacer under the stem to get the same reach and extension as my Argonaut road bike.

For me, a road bike is the simplest tool in my quiver. There are no rack mounts, no disc brakes, it’s just a straight-forward road machine. The Olive Drab paint was allowed to cure for about two months. Something I’ve found is essential with wet paint. The paint booth to consumer timeline with custom bikes is ridiculously short and many people run into issues with early paint chips or bubbles from building their brand new bikes up too soon and then riding them on dirt roads. Paint needs considerable time to harden. 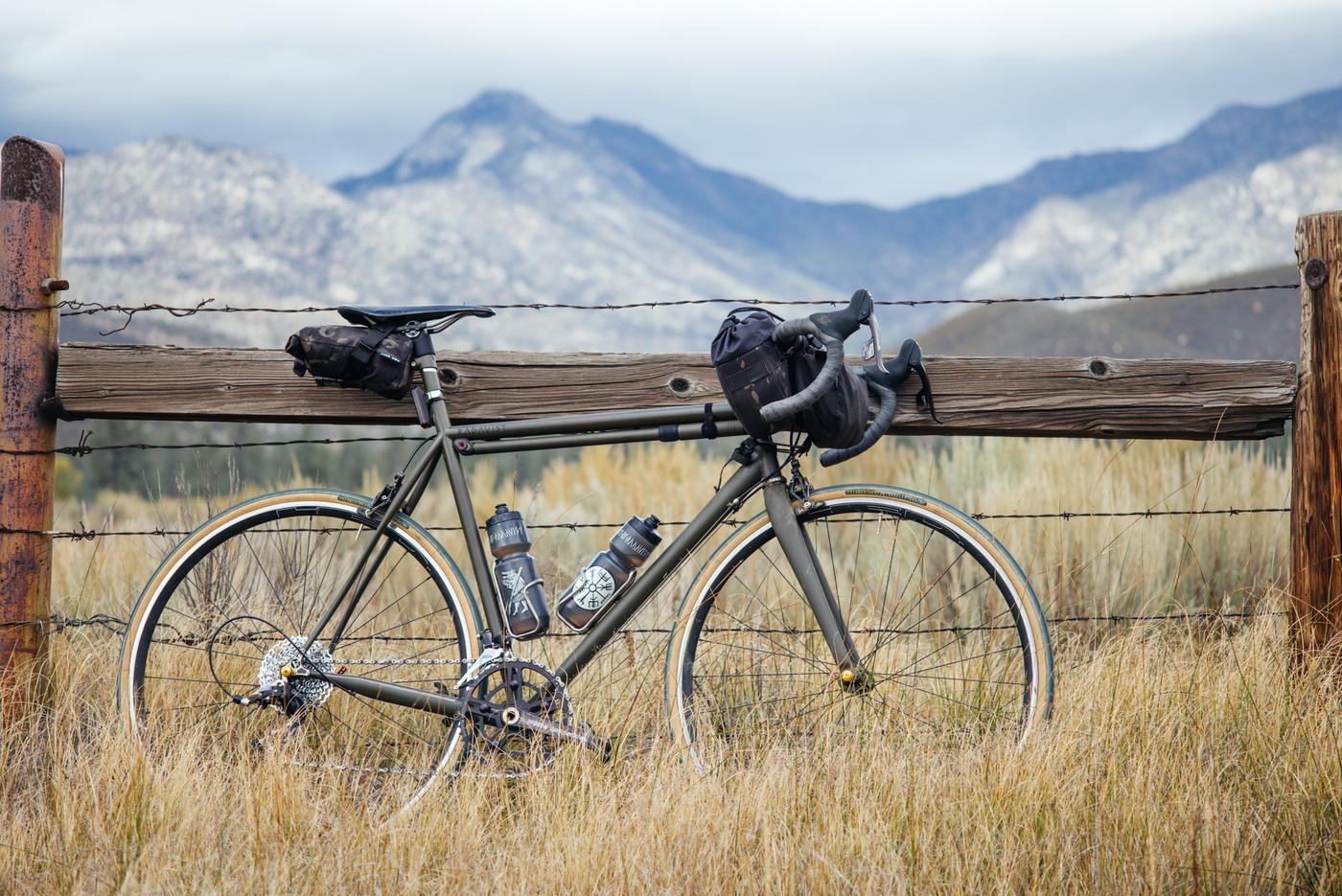 Unlike my Argonaut, which has standard road gearing, with this new bike, I wanted to go to a long cage derailleur and a 11-36t rear cassette for longer days in the saddle where my legs would be considerably sore climbing the steep, Southern California mountain roads. With the SRAM Rival long cage rear mech, the 11-36t cassette, paired with White Industries’ new R30 cranks and the 50/34 VBC chainrings, I got a very wide gear range for a road bike, while maintaining a classic look. I did happen to build this bike up just in time for our Three Ranges in Three Days trip, where it became very helpful on day two. Scratch that, it was helpful for the whole trip!

The rest of the build kit is pretty straight forward. I went with a 47mm wide Sim Works Misirlou Bar, with Sim Works-made Chris King 40th Anniversary bar plugs, my old EE Cycleworks brakes from my Bishop that I sold earlier this year, a painted ENVE stem, seat post topper and Silca Pump. The wheels came from the Chris King 40th Anniversary wheel build shop, and Fairweather traveler tires. After this shoot, I attempted to install the WTB Exposure 30mm tires, which measured closer to 32mm wide and they wouldn’t clear the ENVE fork. The main reason for doing so is the Fairweathers wouldn’t set up tubeless and it’s goat head season now.

I’ve put in a considerable amount of mileage on the ODOG1 and overall, I’m very pleased with it. I liked it before and I like it even more now. Whereas the OG1 I reviewed was built with racing in mind, this one’s a bit more relaxed in terms of the gear range and parts spec. Now, buying an OG1 as a frame isn’t something the Vanilla Workshop currently offer since it is sold as a complete, but Sacha and the team at Vanilla are reasonable and if you really wanted one, they might make it happen. The guys at Golden Saddle Cyclery took care of the build, with excellent results. If you’re in the Los Angeles area, I highly recommend letting Mike or David wrench on your bikes.

If you’d like a proper review of the OG1, you can read my other post, this gallery is merely a showcase for my personal build. If there are any questions, be sure to drop them in the comments!