Descent place to build a home

EDITOR’S WARNING: This gallery contains content that may offend the lovers of fluffy animals. There are slides in the gallery which give you plenty of warning to turn back. Keep in mind, this is part of the Peruvian culture, so please maintain an open mind.

My final stretch on the Peruvian Divide Route started like much of the rest. Incredibly quiet roads lined with as much spectacular scenery and as many furry friends as one can possibly handle. Bobbing and weaving between storms (without much success), and drifting in and out of the occasional small village filled with welcoming locals. As far as bikepacking/dirt touring routes go, I can’t really think of a more complete experience. Where the Cordillera Blanca to the north wins on pure scenery, the Divide easily wins on way-off-the-beaten-path dirt road riding (if that is your thing). This makes for easier wild camping, and even more interesting interactions with locals who simply don’t see tourists around with any kind of frequency. 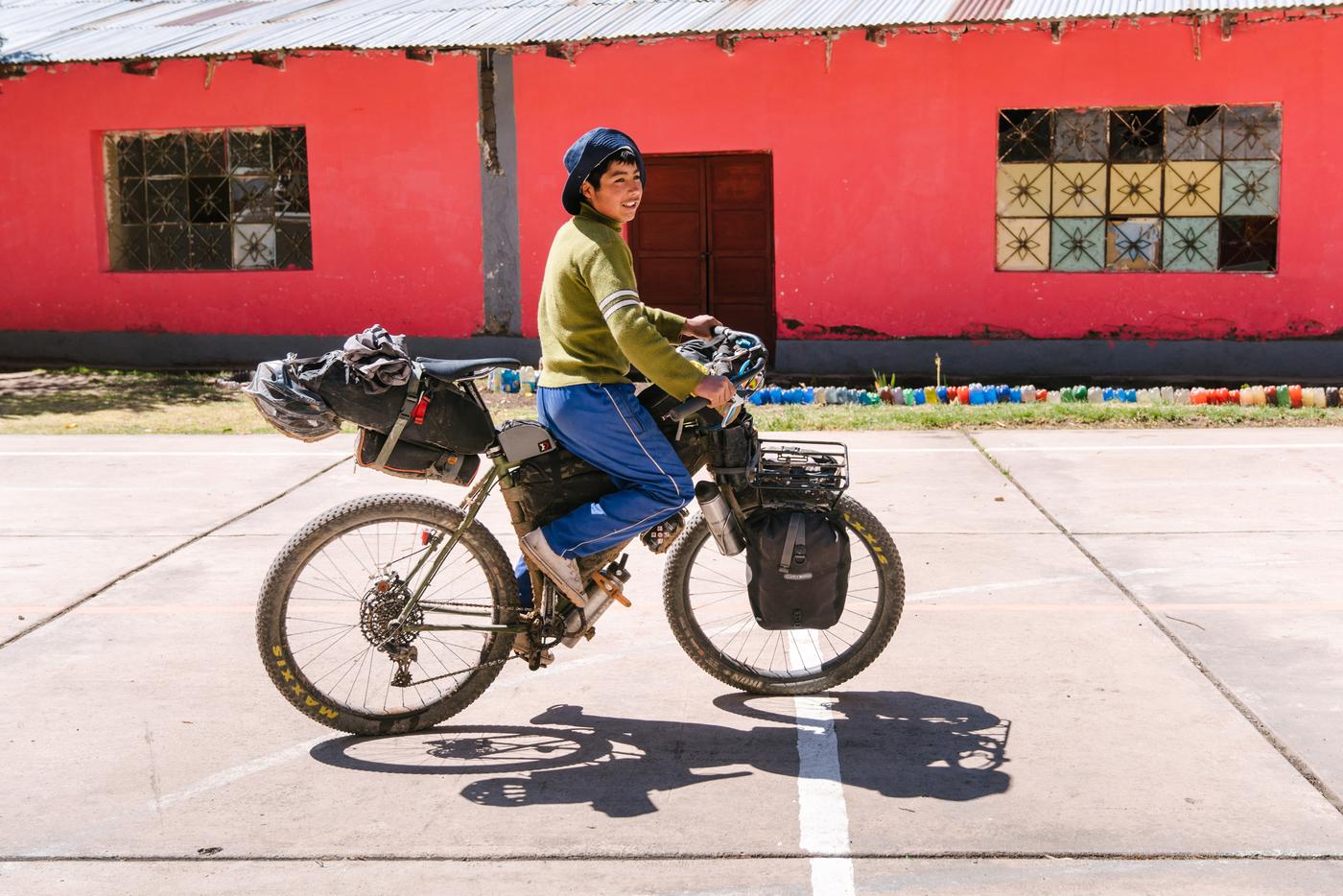 If you’re going to come to these areas, you’ll have to expect (and embrace) plenty of unabashed wide-eyed stares, giggling/pointing kids, and the occasional group of drunk dudes insisting you can’t leave town without downing a liter of cerveza with them at eight in the morning. It’s all a part of the gig… A tall white dude on a big bike loaded with bags can’t exactly roll into town stealthily around these parts though, so by the time I could see that everything was closed I had a gentleman inviting me over for what he promised as a “free meal”… I’m not one to turn down that kind of deal so I followed him and his friend to a courtyard that seemed to have the entire town’s population and about fifteen alpaca congregating in it.

He grabs a small stool, tells me to sit tight for a moment and that he might need my help since they were prepping for the biggest fiesta of the year… A couple minutes go by and he calls me across the courtyard. As I got about halfway there I notice a handful of men sharpening knives on a boulder, and I quickly realize that “prepping for a fiesta” actually meant that these fifteen alpaca were set to become the main course.

Now, I’ve witnessed this with a sheep in the Cordillera Huayhuash, but I can say that this was quite unexpected, so the first swift kill only a few moments later came as a bit of a shock. Also somewhat shocking was the way the animals seemed almost oblivious to what was happening as they were taken out one-by-one.

As tough as it was, I watched as every citizen of the town helped out in assembly-line fashion. Everyone has their role to play. Not hidden away in a factory somewhere, this is a part of their daily lives, and a part of the culture that the average “tourista” doesn’t get to see, so being invited in to “help” was really an honor.

Nothing goes to waste, and that was very obvious about fifteen minutes later when the cook was already serving up quinoa soup with alpaca intestine (which tastes kind of how I imagine an inner tube would taste). For some reason, my appetite wasn’t quite there, but I managed to get a bowl down as the kids took turns riding my bike around the courtyard and asking what every little thing attached to it was for… It can be tough to leave such friendly places, but eventually, I pried myself from the town and set off back into the mountains to continue toward my conclusion on the divide route.

If you’re interested in riding the Peruvian Divide (and you should be!), I would highly suggest checking out Neil and Harriet Pike’s site which has all of the info on resupply points, etc.

Feel free to shoot me any route/gear/supplies questions as well, and I’ll be happy to answer whenever I have internet access!

Route for this section on Ride with GPS.