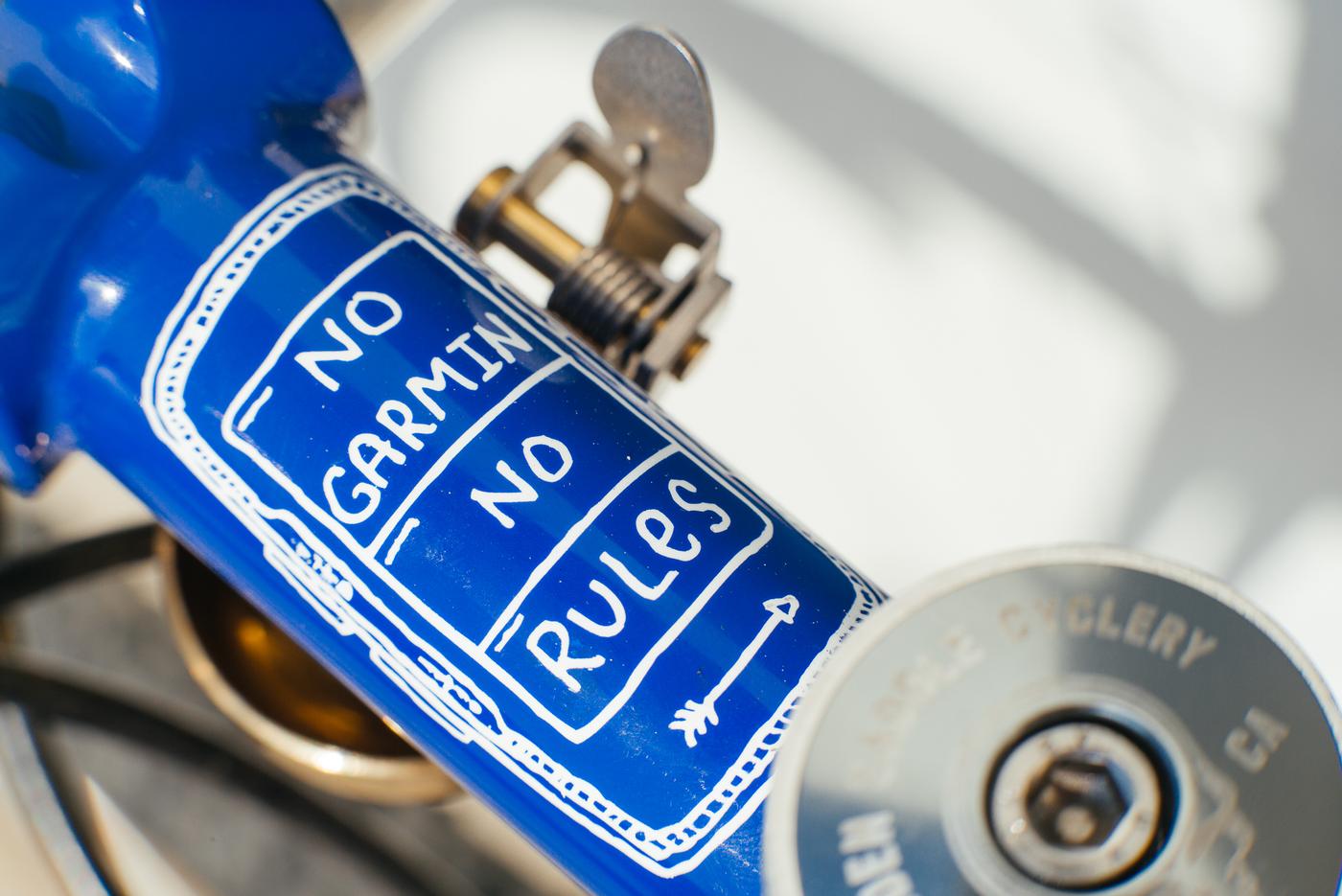 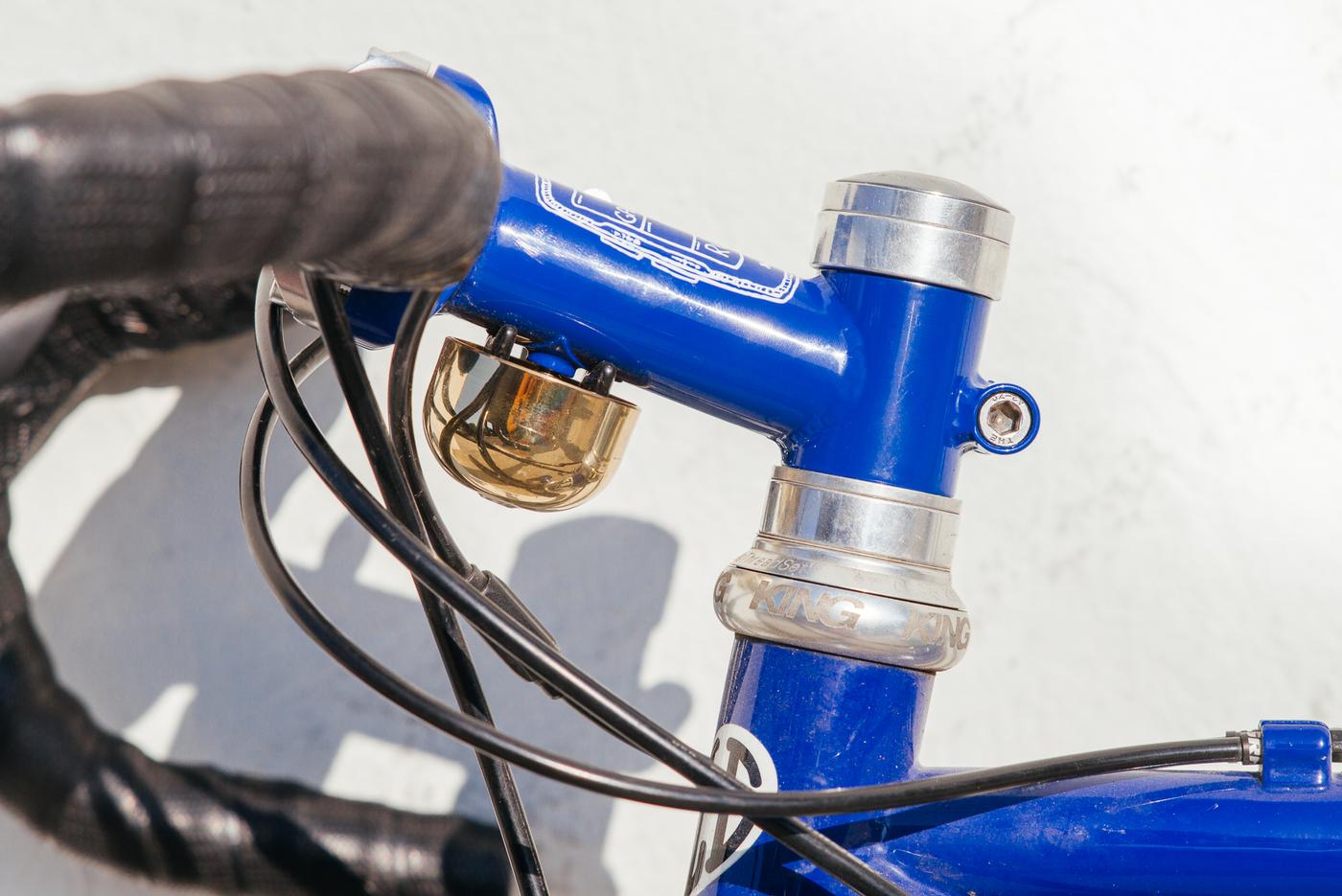 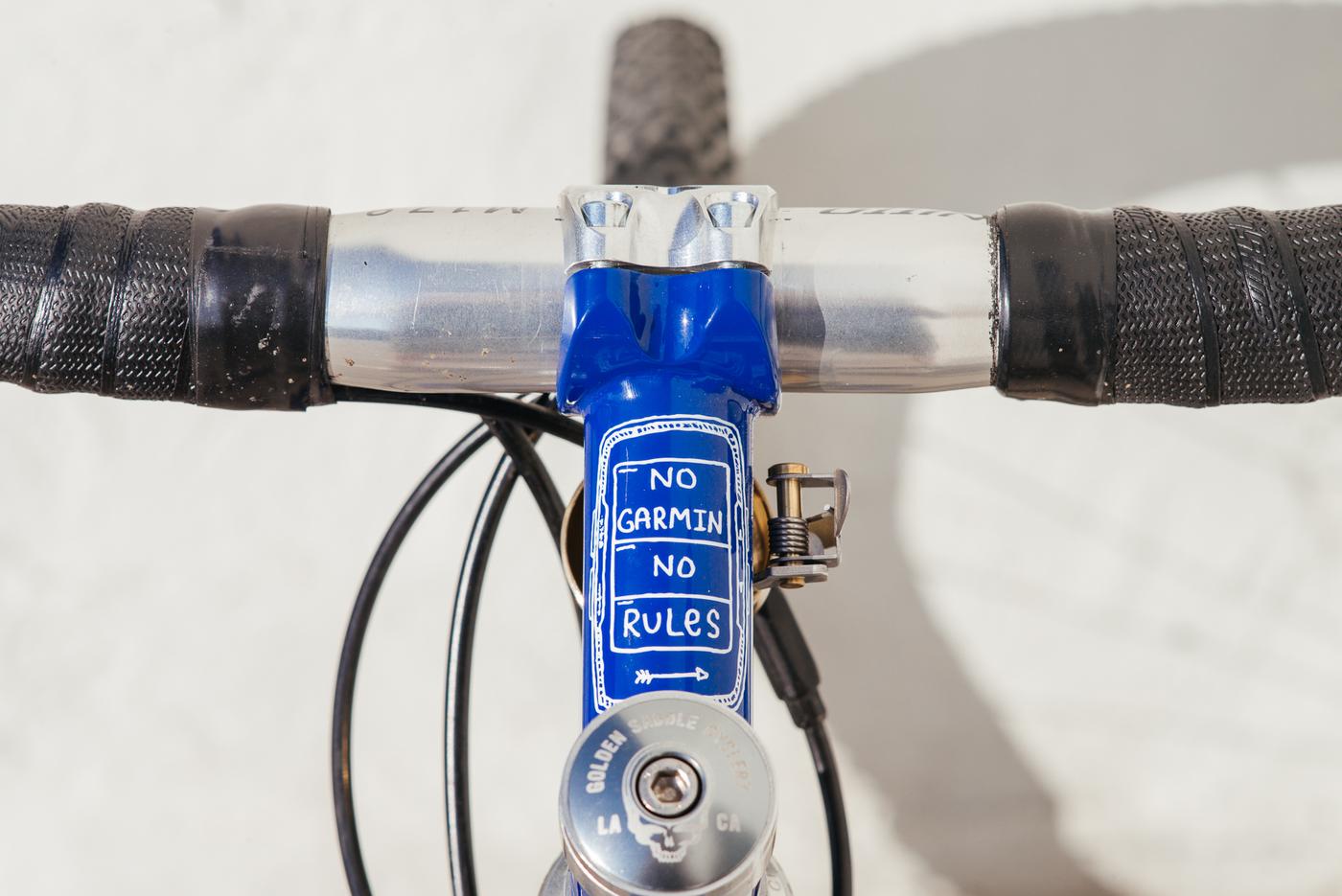 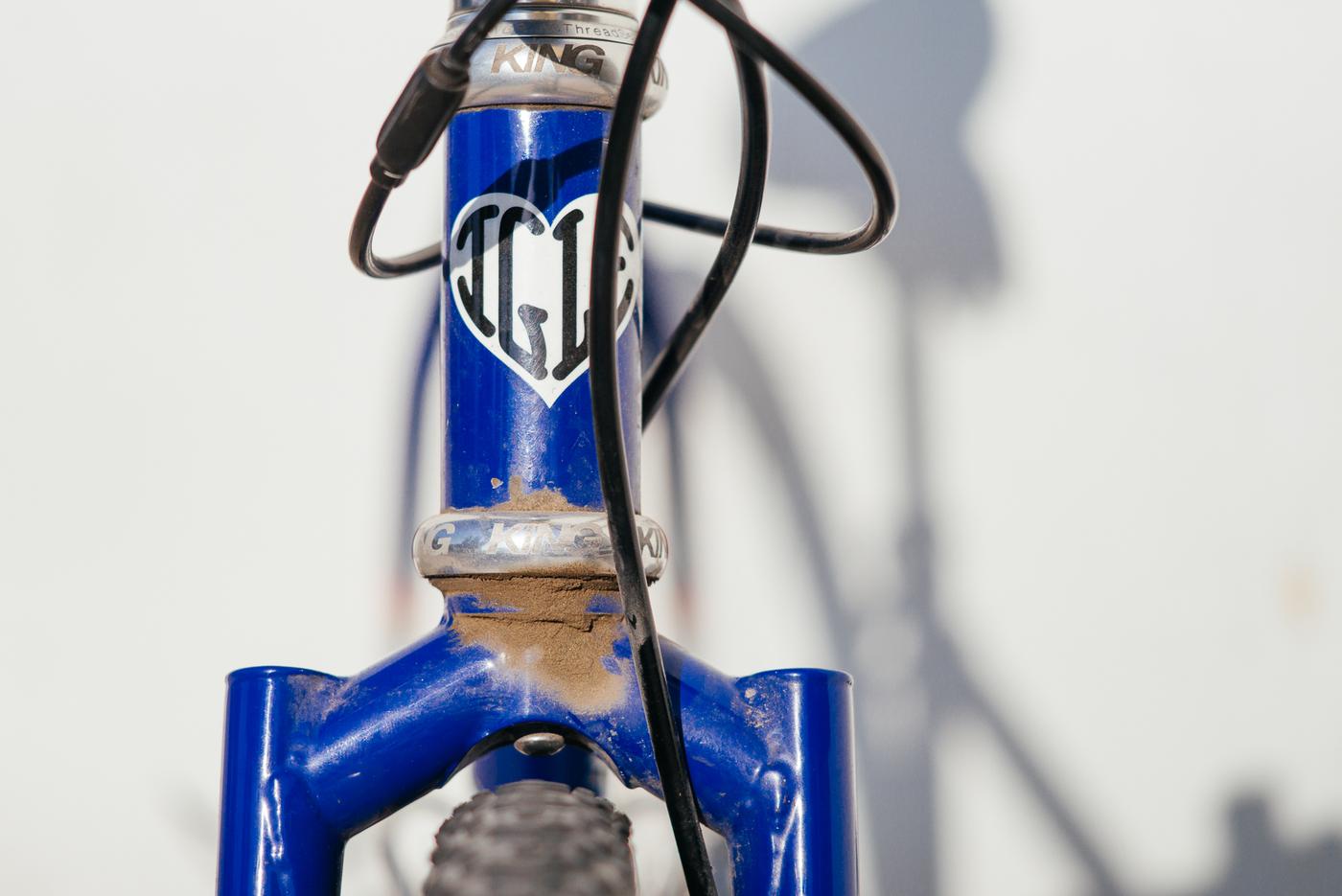 Back when denoting that a ‘cross bike was a “disc cross,” I had the pleasure of shooting Jen’s custom Igleheart. Now, most people don’t need an introduction to whom Chris Igleheart is, or on a seemingly similar path of the industry, the significance of what Jen (and Chas) did with No Garmin No Rules, it’s best to be noted that these two people have contributed to the cycling universe in their own unique ways.

Of course Chris Igleheart has built literally hundreds of bikes, ranging from Fat Chances in the Boston area to numerous sub-contracted frames in his now home town of Portland, and is arguably one of the key elements in the equation that is the segmented fork, but that’s another story to be told some day.

What Jen (and Chas’) No Garmin No Rules stickers did was instill a very punk rock approach to cycling and at the time, it’s need to bring competitiveness in all arenas of exercise. Suddenly rather relaxed group rides became hammerfests for KOMs and the venues, common bike paths, became arenas for cycling’s cat 6 gladiators to flex their legs. NGNR beckoned for the people in this rather small universe who ride bikes for fun to lay down their computers, their competitiveness or bragging rights and simply enjoy the ride.

Sure, you can take this literally and say Garmins or GPS devices have no place in the world, or you can look at this graphic and understand that everything in life is best throttled in moderation. Don’t take it to the extreme, and yeah, a few of us use GPS devices to record rides and share our explorations with the world. The key difference is not allowing internet competition to ruin the ride.

Annnnnyway, Chris recently surprised Jen with this stem, custom made for her custom bike, with a permanent reminder painted on its Portland-built steel and shipped it down to Los Angeles, where the careful hands at Golden Saddle Cyclery installed it, leaving me to photograph it.

In closing, this “project” was made possible by Rudi of Black Magic Paint, who was recently involved in a moto crash and is in need of our help. Rudi has painted many of the bikes featured on this site and is a stand up dude, when he’s not layed out in a hospital bed. Head over to his Go Fund Me to see what his friends have raised and if you feel so inclined, throw a few bucks in his bucket.