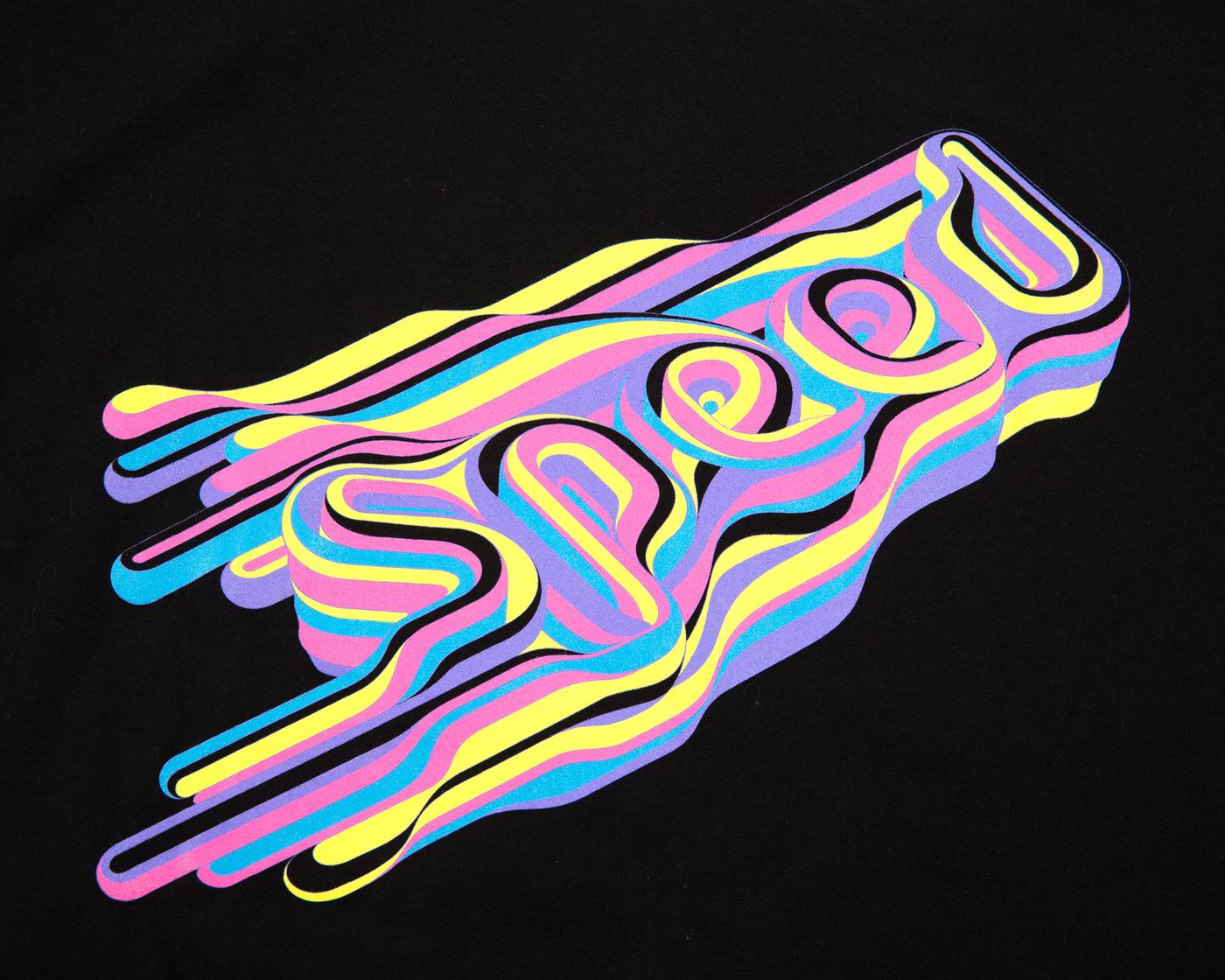 Charles Williams11Made Up has done something special with Speed. He’s managed to evoke Speed at its most liquid and fluorescent. A version of Speed so fresh that the paint, if this was paint—if this was a painted UFO shaped like the word Speed flying through the air high above the major cities and culturally important sites of the world, higher than the Goodyear Blimp and all the other flying objects of man—would never have the chance to dry. This Speed UFO would let the world know that Speed is fluid, Speed is bright, Speed is exciting, that Speed is forever new! Until that UFO appears, we have an idea of it down here on Earth and we’ve captured it in a beautiful graphic. The point here is that Speed is so fast it will never dry, never be static, never settle.

P.S. You might notice a few other new items up in the store. While you can buy them now MFS will making much ado about them throughout the week. ;)