At the foot of the Sierra With my newfound freedom, I wanted to revisit a few old favorite California spots before I leave the country. First through the Eastern Sierra with stops to ride along the Alabama Hills toward Whitney Portal. The Inyo Valley heat was soul crushing, as it often is in the summer, so I did a lot of riding at sunset and under the stars as the temps started to dip. A quick stop near Lake Tahoe and I was off toward one of my favorite places in California, Lassen Volcanic National Park. I had heard a rumor that most if not all of the main road through the park had been freshly plowed, but plans to open it to the public were still a week or two off. It was too good of a chance to pass up, so I went for it. Starting the gradual climb in the evening, I eventually reached the summit at dusk without a human in sight. In fact, there wasn’t a person on the entire route up (even where the park was open). Something you don’t often see in a National Park. Especially in California.

From the southern tip of the Cascades in Lassen I set my sights on the redwood forests of the Northern California coastline. It’s a place I don’t get to often as the direct drive from Los Angeles is very long and very boring (to me), so I had to take advantage while I was only a few hours away.

I eyed a route through Prairie Creek State Park that involves a bit of pavement, fire roads, and single track engulfed by the kind of lush greenery that is a rare sight for someone from Southern California.

Of course I arrived late in the afternoon (again), and loaded the bike up as the sun dropped and the coastline was swallowed up by mist. I set off into the dark forest hoping to find a place to camp somewhere along the Pacific. About six or seven miles in and the road I was tracking to the coast has turned into single track bushwhacking with poison oak slung across what has become less and less of a trail. I’m not even sure if I’m going the right way at this point. The mist from before is now a steady pour, and the darkness is, well.. darker. Dark enough to conjure the image of that seemingly pissed off bear statue that looms over the entrance to this part of the forest. “Black Bears are totally chill and Mountain Lions just want to keep to themselves” he says to himself quietly as he swiftly aims his headlight around with each rustle heard from the abyss.

Another few miles go by and I haven’t been eaten by a chupacabra, so I decided to setup camp above the coast and hope the rain clears in the morning to finish off the route. 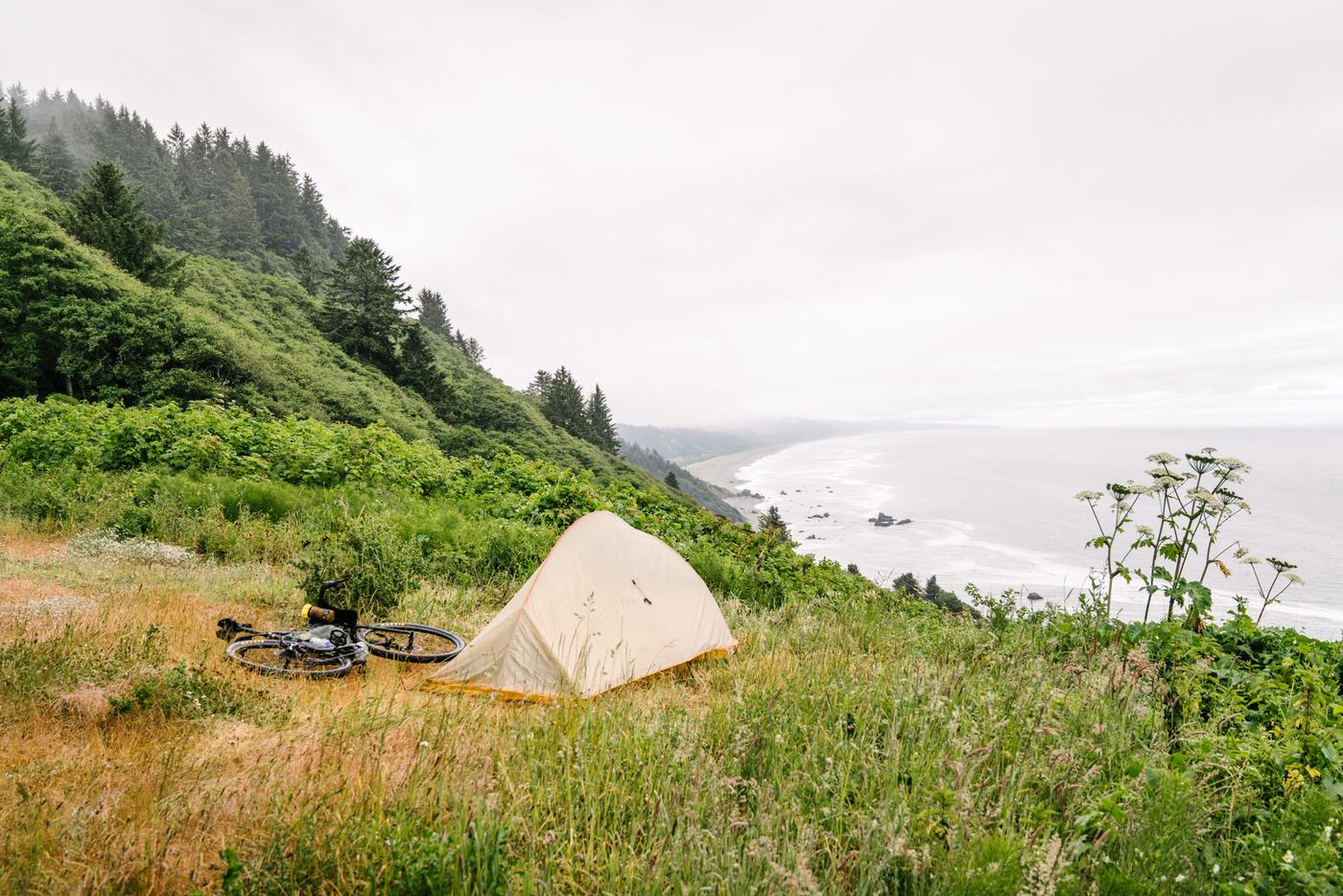 The sun rose and I set off inland before dropping down the super fun Ossagon trail back to the coast. A couple fire road climbs later and I was back to my starting point, plotting my next move.

With two days left until I had to be back to LA, I swung through for a ride at Mt. Tam and then went back to the Eastern Sierra to spend one more night camping in the place that got me hooked on the outdoors in the first place.

I’m stoked for what awaits in South America but there’s no question I’ll be missing what California offers back home.