I had ridden around the Salton Sea many times for work and visited the Slabs many times in the past few years, but when Brad posed the idea to traverse the east side of the sea on dirt it got me stoked. The plan was to ride along the edge of the sea south toward Slab City, camp out for the night, and then return on the road paralleling the aqueduct. We drove out late Friday night and camped up in painted canyon. We had a gang divided between two 80s stunt jumpers and two fatbikes. The route south was pretty much unplanned and we crossed all manner of path; dry drainage ditches, beaches of dead fish bones, borderline impassable swamps, and even just riding straight across the desert in places. We got turned around a few times and had to succumb to the road for part of the day. 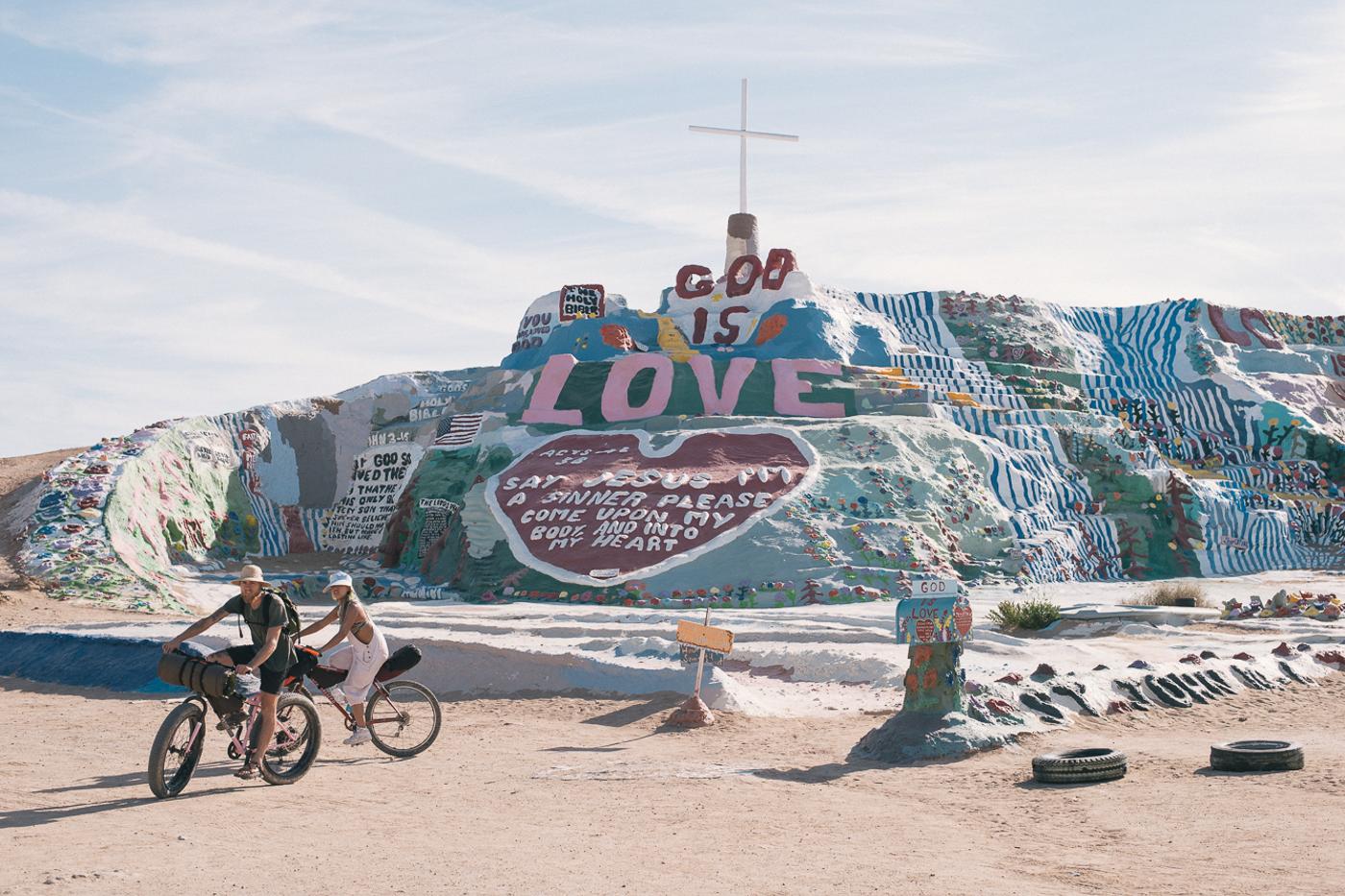 After sunset we arrived at Slab City, “The last free place in America”, a desert oasis of squatters living on the remains on an abandoned military base. After a quick dip in the hot spring we headed to The Range, the local venue that hosts an open mic every Saturday. We chilled out on one the many rows of dusty blown out couches and enjoyed the tunes. We made camp for the night in an installation of burnout cars and bikes some friends of ours have been working on for a few years now. As we faded out from the long day someone in the Slabs lit off a massive firework and a beautiful little desert fox quietly ran into our camp and peed on Alex’s sleeping bag. 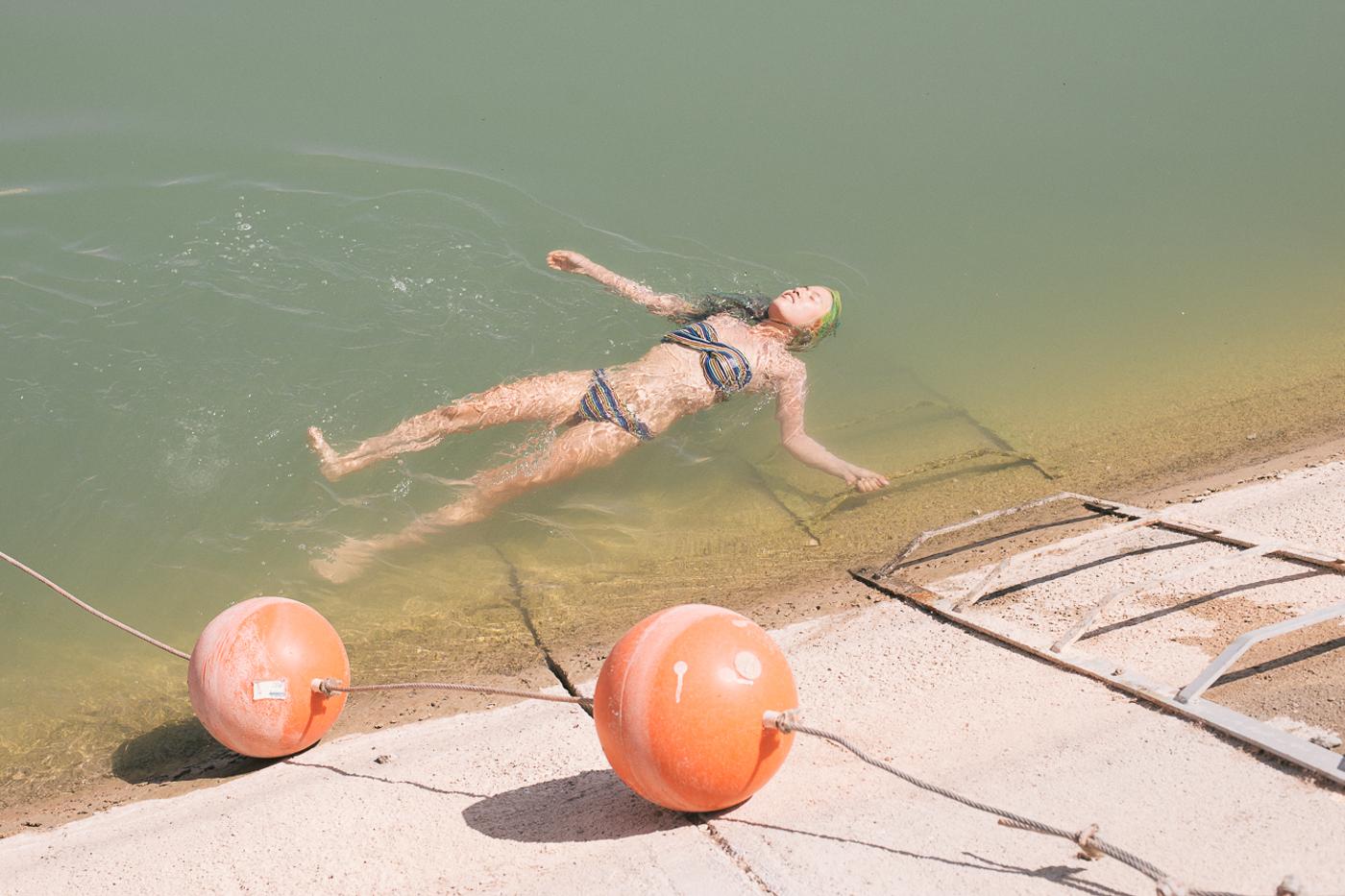 Sunday we cruised out of the Slabs, stocked up on plenty of water in town, and made for the aqueduct. This concrete river flows gently down from the California/Arizona border bringing water to Southern California. When a levy broke in 1905 it spilled the entire flow of the Colorado River for a year into the Salton Sink creating the Salton Sea. We were stoked for the icy waters as the temperatures reach the high 90s. Sorry not sorry for swimming in your drinking water LA.