Since we moved up into the mountains – nearly two years ago, time flies – we have made our way back down to the coast to visit every few months. One of our regular stops is to see the guys at Mighty Riders for fit work and general bullshitting. On a number of these infrequent visits over the past year, this beautiful Dekerf was in the shop, each time becoming one step closer to perfection. Before we drove down last month, Mighty put me in touch with Jeff to arrange shooting the Dekerf. Jeff and I spoke on the phone, and he was super excited to lay out all of the details in the build. What began as a conversation around Ed at Mighty’s freshly built Salsa Colossal quickly snowballed. Knowing Jeff had an eye for detail and the desire to be involved in the design process, Ed introduced him to Chris Dekerf.

The bike came together under a number of precedents and design constraints. First, Jeff wanted to accomplish a “zip tie free build”, which meant internal routing for hydraulic brake lines and Di2 cables. Second, he wanted a fit that would require zero spacers. In the rear end, he wanted one of Dekerf’s signature wishbone seat stays, with a silhouette influenced by the truncated Hellenic stays of his previous road bike, a BMC SLR01. 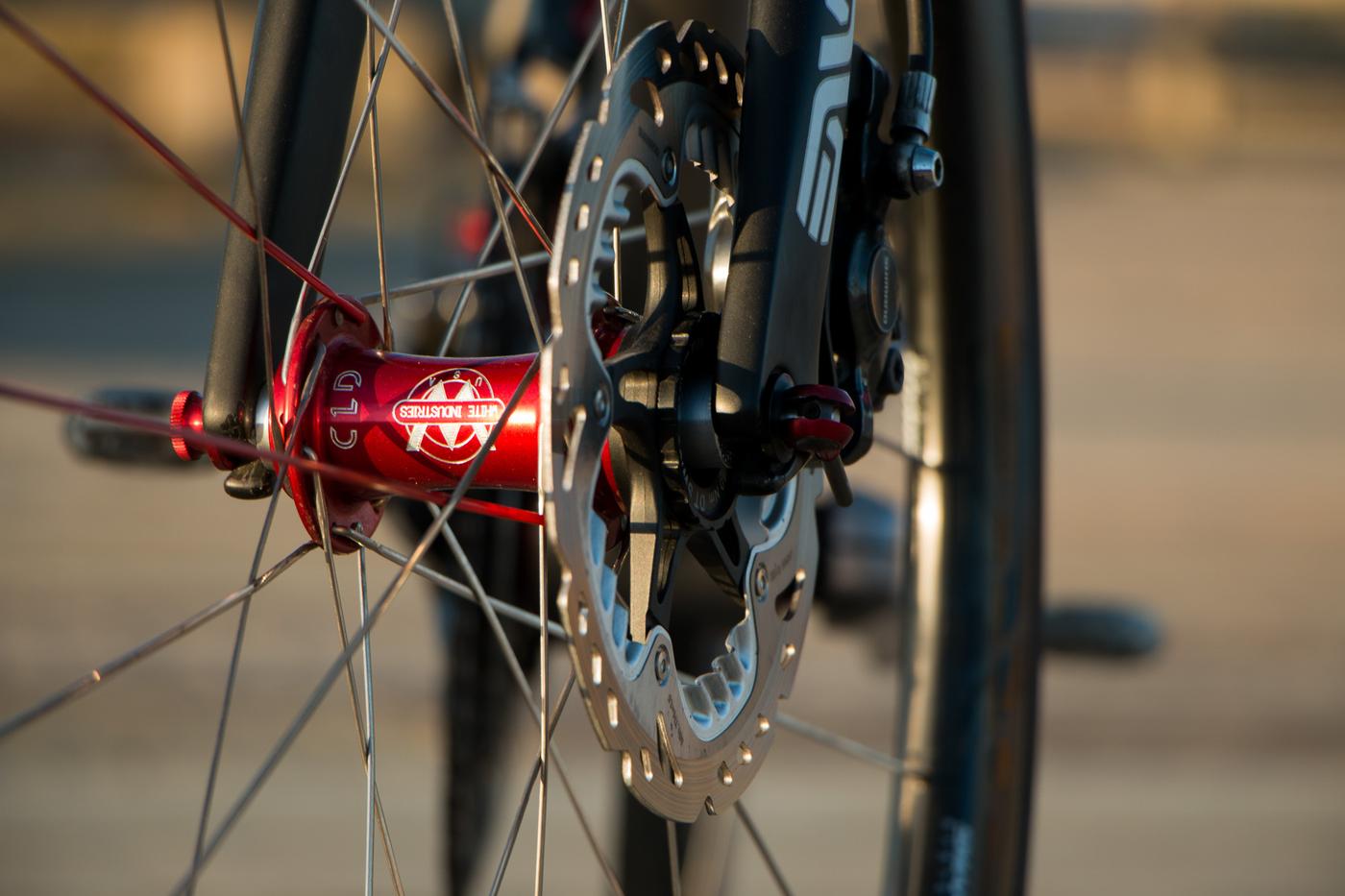 The end result is stunning, and a testament to the value one can find in working directly with a custom builder. Once Dekerf was finished with the frame, the rest of the build was handed off to Ed and Pat at Mighty to bring Jeff’s vision to life. As much as possible, Jeff wanted to avoid black components unless they were carbon. In sticking to the zip-tie-free requirement, they tapped the bottom of the K-Edge Garmin mount to attach the Di2 control box.

Beyond that, the bike has seen incremental changes to bring the build toward the ideal. There really isn’t much more that can be done with this bike, short of upgrading to a Dura-Ace drivetrain, which Jeff isn’t really concerned about. Now he just gets to ride it.