May These Quiet Hills Bring Peace

“May these quiet hills bring peace to the souls of those who are seeking.” 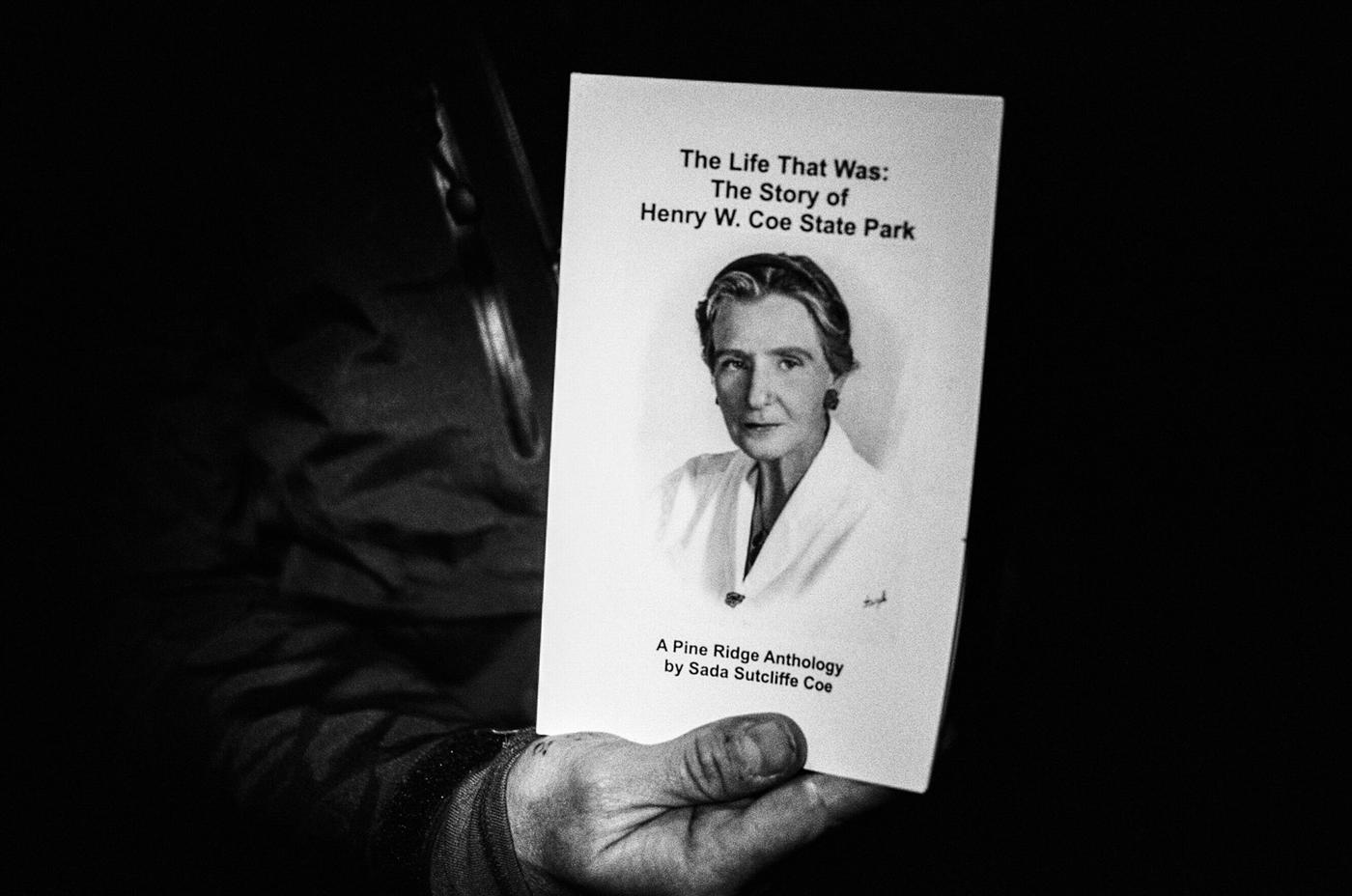 These were Sada Coe’s words when she donated the ranch and surrounding land she inherited from her father, Henry W. Coe, to the people of California in 1953. She formed a deep understanding of our human need for wild places while growing up on the grassy hills around Pine Ridge Ranch. Five years after taking ownership of the ranch, Sada decided to give her property to Santa Clara County as a wilderness retreat, open to everyone. Sada’s spirit is the reason why the public now has unlimited access to the beautiful wilderness area today known as Henry W. Coe State Park.

Picture your fingers spread wide, raking half an inch of red dirt along a footlong track of earth. Now do that again right next to it. Scale that up a thousand times and you have a crude sketch of Henry W. Coe’s topography. You would be the size of an atom in this 87,000-acre Northern California wilderness. 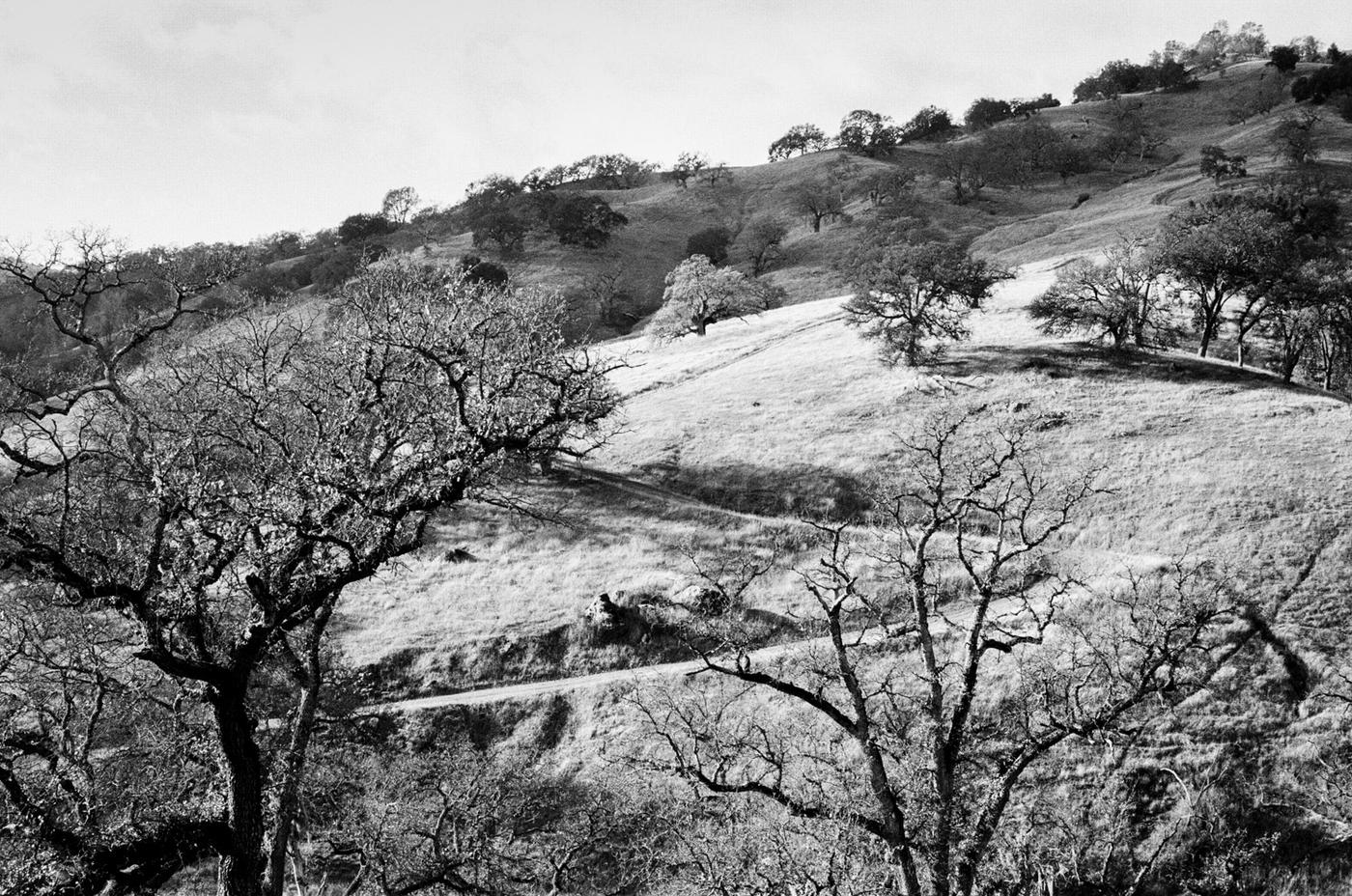 Largely untouched by man, the flora and fauna remain intact the way they were before we managed to destroy much of the Californian nature. Ponderosa pines dominate parts of three major ridges stretching the full length of the park. Dense chaparral and vast grasslands speckle what’s between.

Coe is a hidden gem in one of the most densely populated areas of the country. Though the park sits just one ridge away from the 3,000,000 people in Silicon Valley, hardly any locals realize what they have only half an hour away from the valley floor. 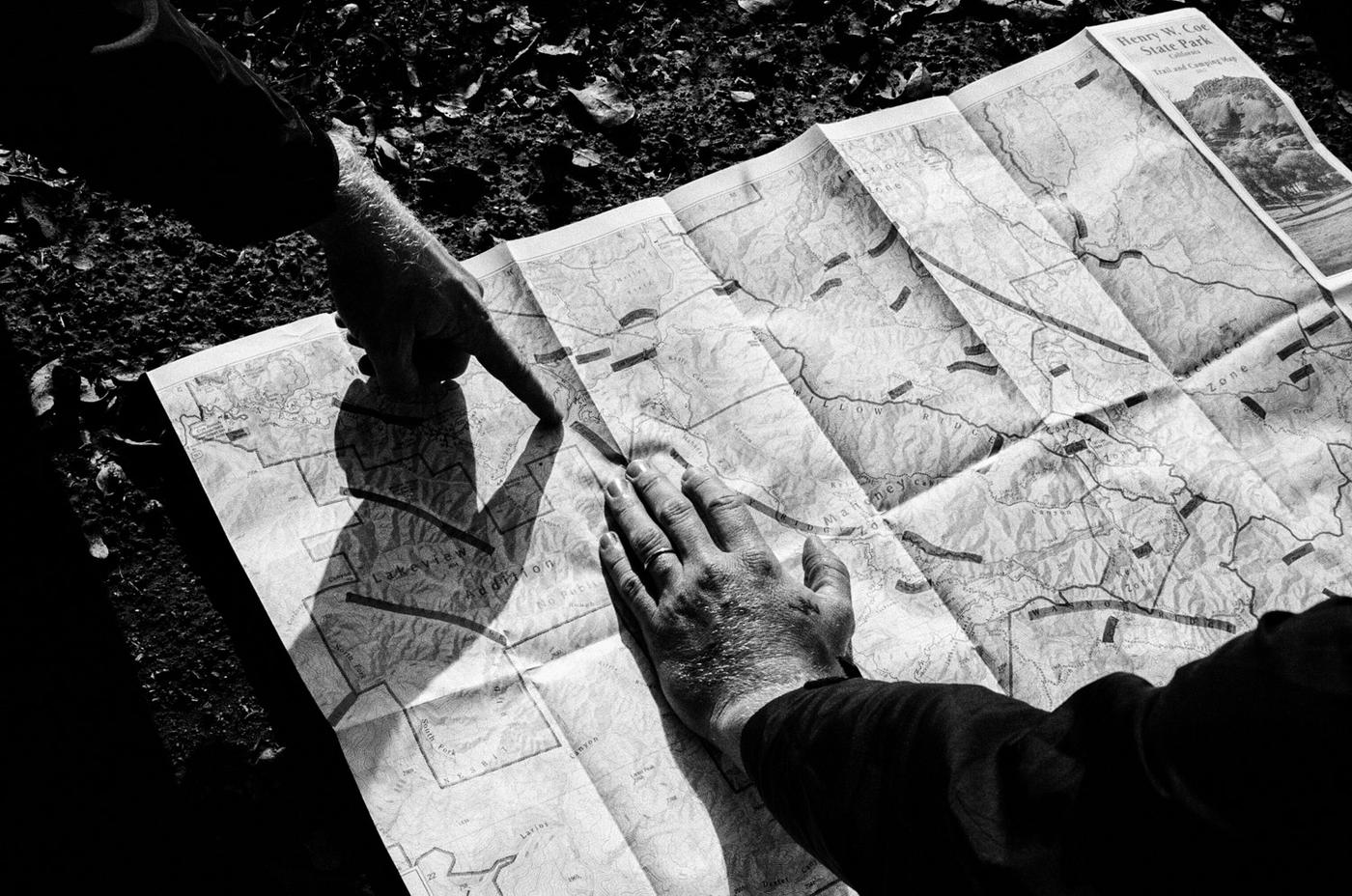 Roads and trails can take you anywhere in Coe, but the decisive factor will always be water. Coe is vast and waterholes only a few, remote and seemingly random. A century ago ranchers built a handful of dams that still carry water year round, but you can never count on streams, especially in the summer, and will always need to filter water.

Enter the park from the west and ride in a latitudinal angle and you’ll be pushing your bike up steep hillsides for hours and riding down steep canyons for brief, exhilarating moments. Enter from the south and you’ll do some of that, but you’ll mostly ride on the Diablo Range’s lofty, unending ridges. There are about 200 miles of dirt roads and trails in the park. Some are manicured, but they’re often just overgrown jeep roads transformed into singletrack. 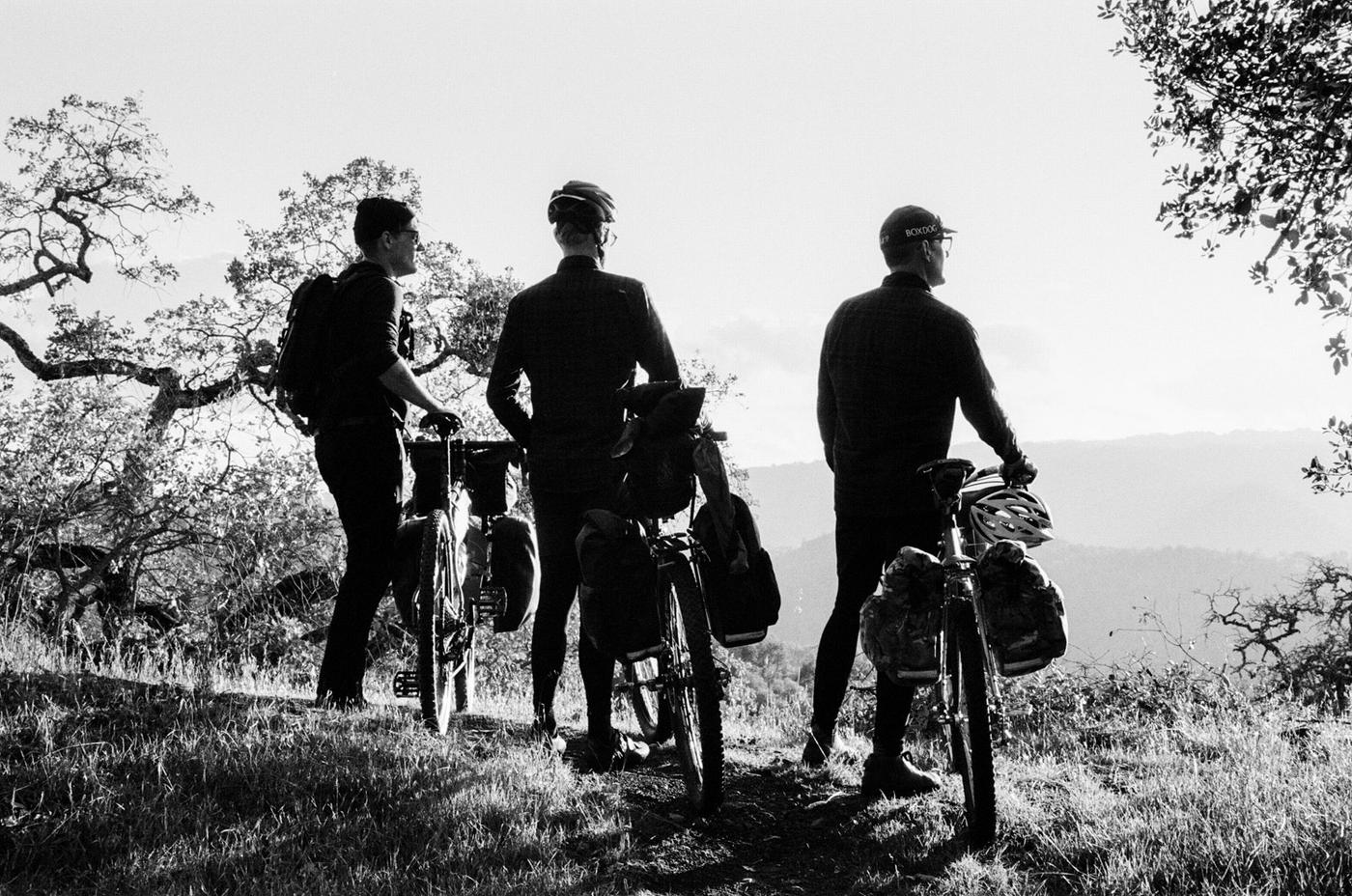 Our gang of four was prepared for a long weekend of traversing ridges. Our imagined speed was set to around six skids per hour and we were eager for an excursion into the hearts of Henry and Sada Coe. Our loose plan was to diagonally traverse as many ridges as we could, making our way deep into the park. We packed our bikes lightly in anticipation of Coe’s ruggedness, but you’re always in for a surprise when roaming around within her bounds. One thing is certain: Coe is never an easy ride. There will be equal time riding and pushing, regardless of your gearing. If you don’t give a shit about distance and have a flexible mind, there are tons of beautiful views and moments to take a break, smoke a pipe, write a poem, or just let Coe’s majesty soak in. 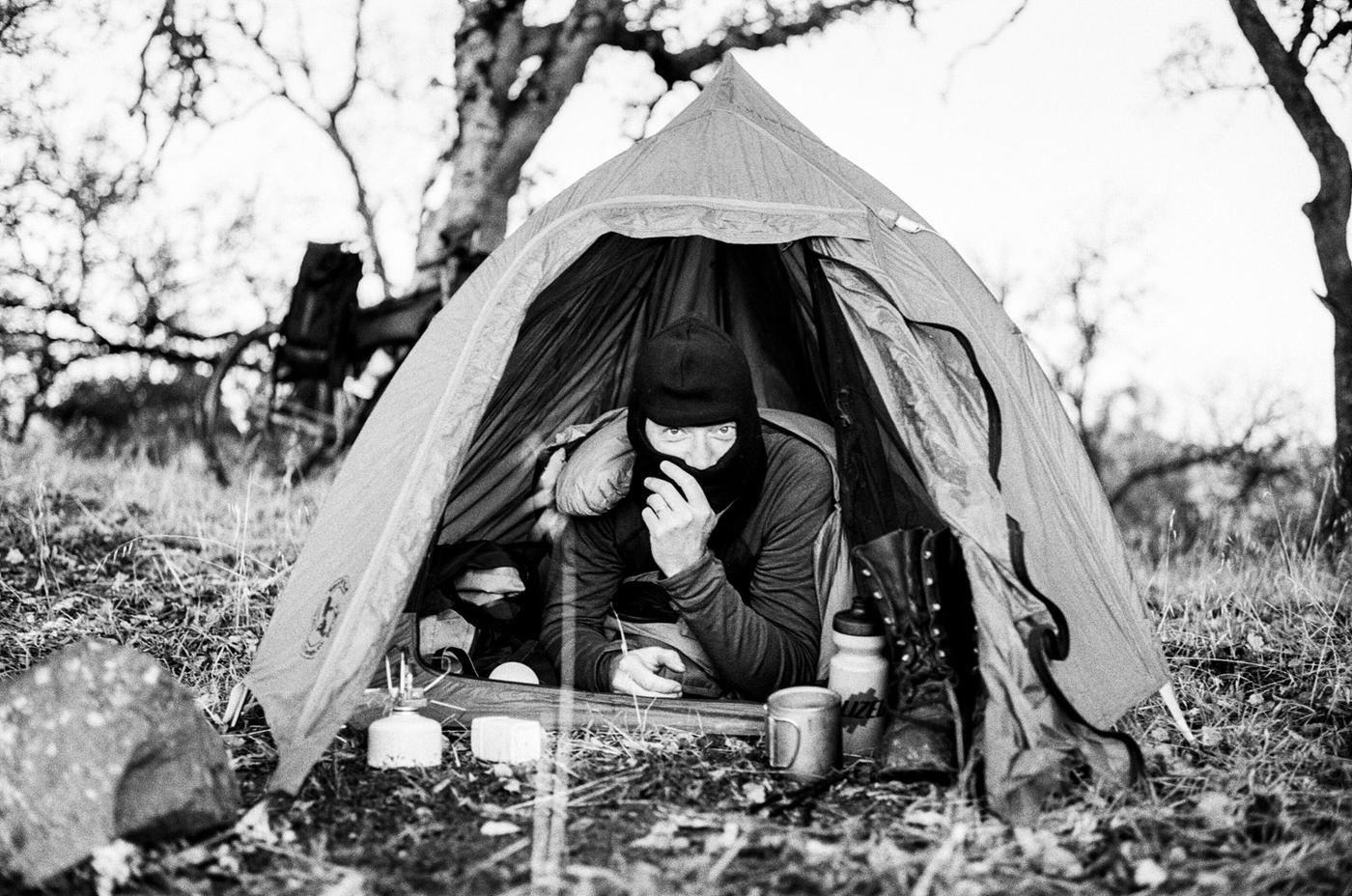 A couple of factors govern winter camp spot selection in Coe. Nights are cold and valleys are deep and dark. Ridges are exposed and windy. Pick your camp spot up high, but in a sheltered location where the morning sun will hit first. The difference in available light could be as much as two hours. This rules out all northern facing slopes. Orient your tent toward the sun so the morning light gets all the way into the back of your tent, first thing. This will do you good after a cold night and your tent will be dry just in time to break camp. A Protip for winter camping is to prepare your morning coffee before you go to bed. With your stash only an arm’s reach away you can drink coffee in your sleeping bag as the first sunbeams hit your face. Pure magic.

We roamed Coe’s vastness for three days and had such a good time along the way. We got it all: the larger than life sunsets and crisp sunrises, the wind-blown rain, the adrenaline, the cougar prints, the sweat, and the laughs. 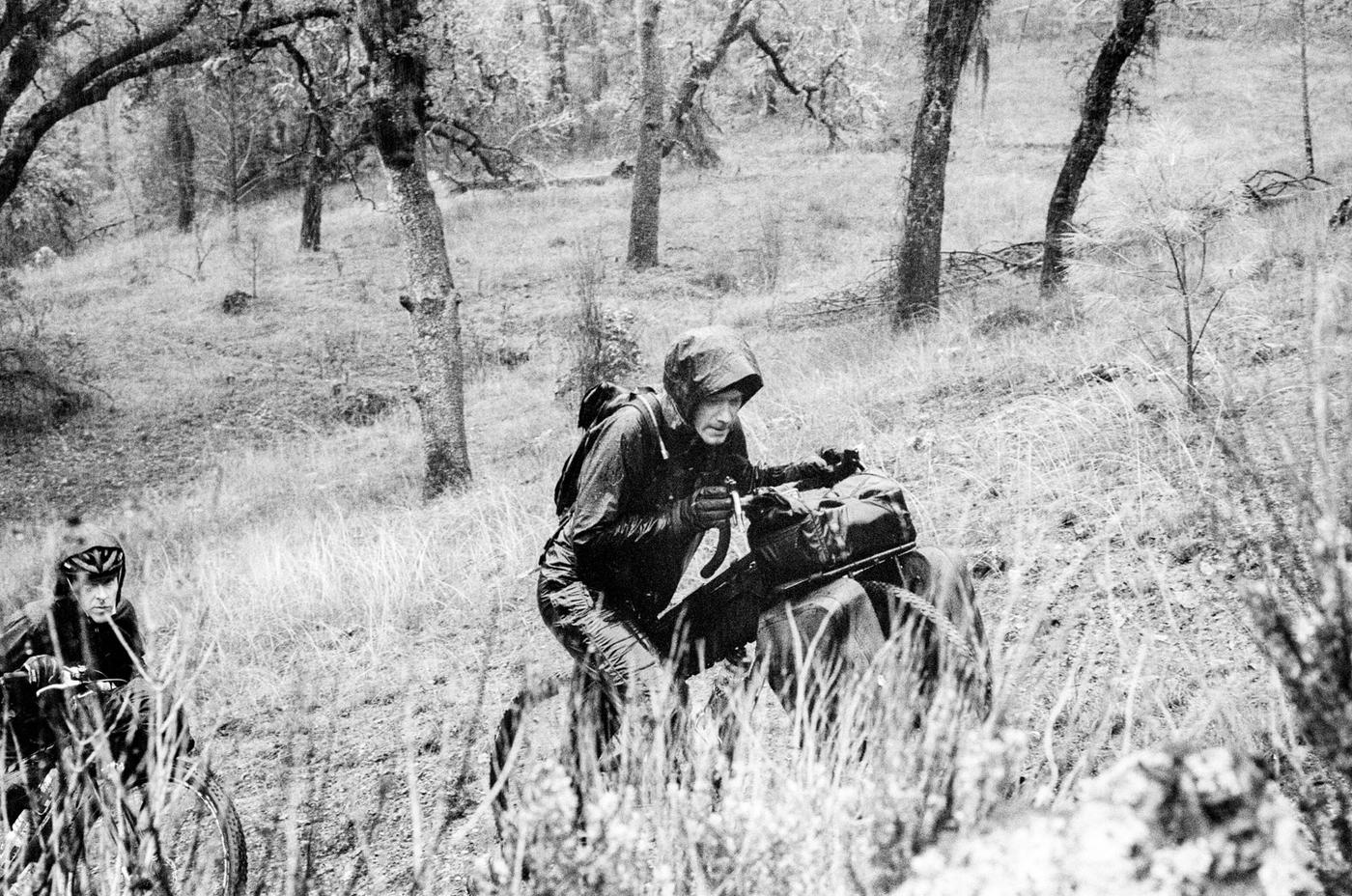 During our many hike-a-bikes we had time to discuss the commonly held beliefs that good camp spots should be kept secret and the knowledge of how to access nature belongs only to a self-selected few. Consensus was that we don’t agree, but instead believe in spreading the gospel of backcountry bicycle travel. It’s a small and dedicated group of riders who would make their way into Coe, quite far from being mainstream. “Blowing up” a spot in the park would be in complete harmony with Sada Coe’s vision to bring peace to the souls of those who seek it. All the better if more folks get inspired to venture in. The park can accommodate us all.

Coe is one of the last sanctuaries in northern California where nature still dictate the rules. It’s a pristine wilderness area accessible to anyone with even a slightly adventurous heart. Henry W. Coe State Park, a bikepacker’s paradise, can be described with just a few words: intense quiet and openness.

My thanks to our gang of four: Lucas is the photographer and the man behind Bunyan Velo. Gabe is the eternal randonneur and designer of bicycles. Jake is the 4th generation apple farmer and cartographer, always wanting to know the lay of the land. Erik is the kreatör of stoke and adventure at Specialized who camped 30 nights in Coe last year, and also the man of these words.