2015 was life-changing for not only myself but for the Radavist, its authors and content. For the most part, the year felt like a giant ping-pong game as various stories brought me and the contributors of this website all over the globe. Luckily, the first major story unfolded in Austin, Texas so no traveling was necessary! Check out the Radavist’s 2015 Year in Review below! 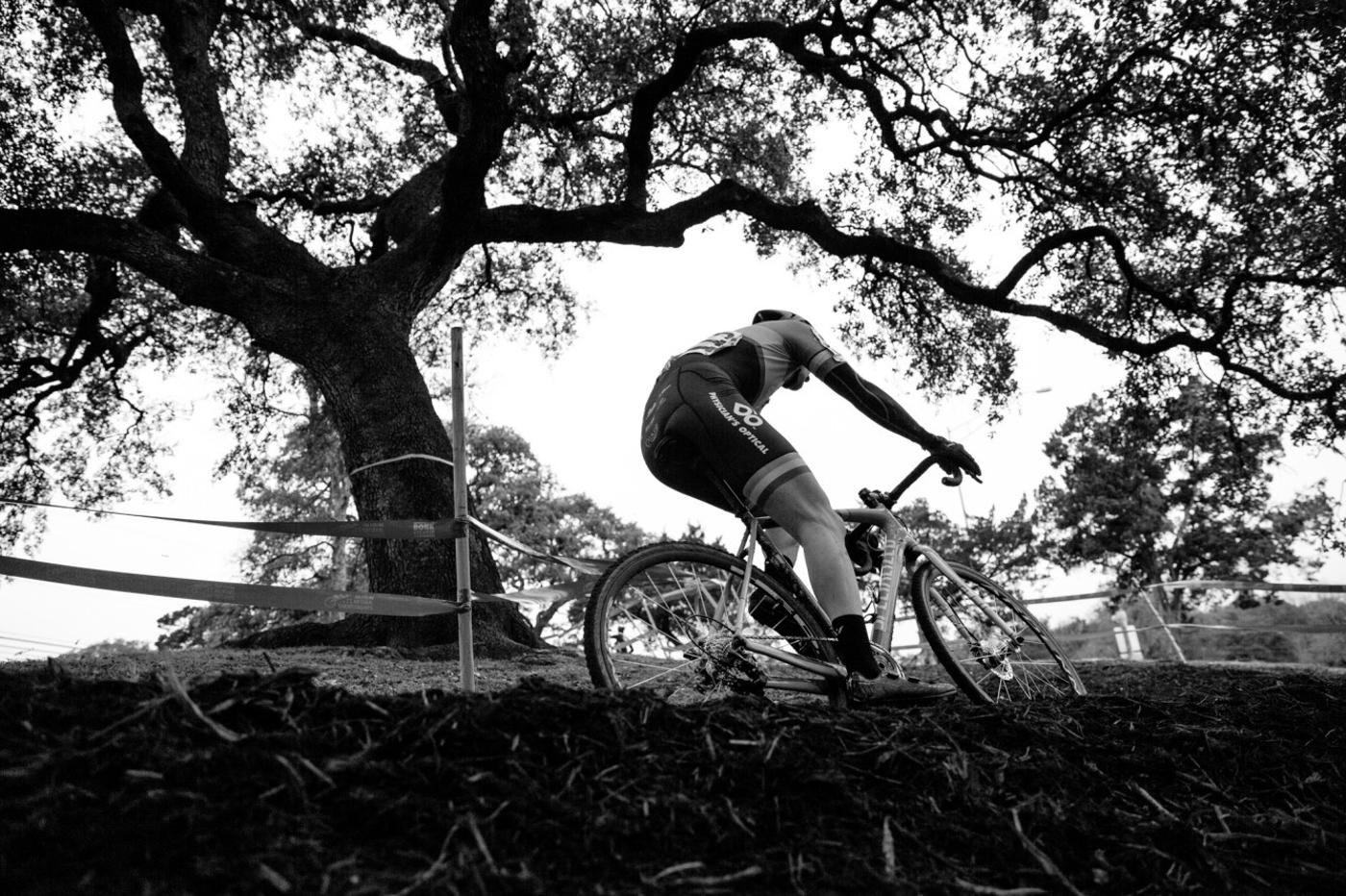 It all began with a race. Well, THE race in the world of US ‘cross. Nationals found their way to Austin where we decided to throw a night race for the out-of-towners. Which, coincidentally became the “Plan B” for when the dumb dumbs at the Austin Parks Department decided to postpone the main race. Crash Nationals Part Two attempted to make lemonade (with bourbon) from lemons. Austin’s cycling community was without a doubt bummed out, but we all lifted our heads and kept riding. 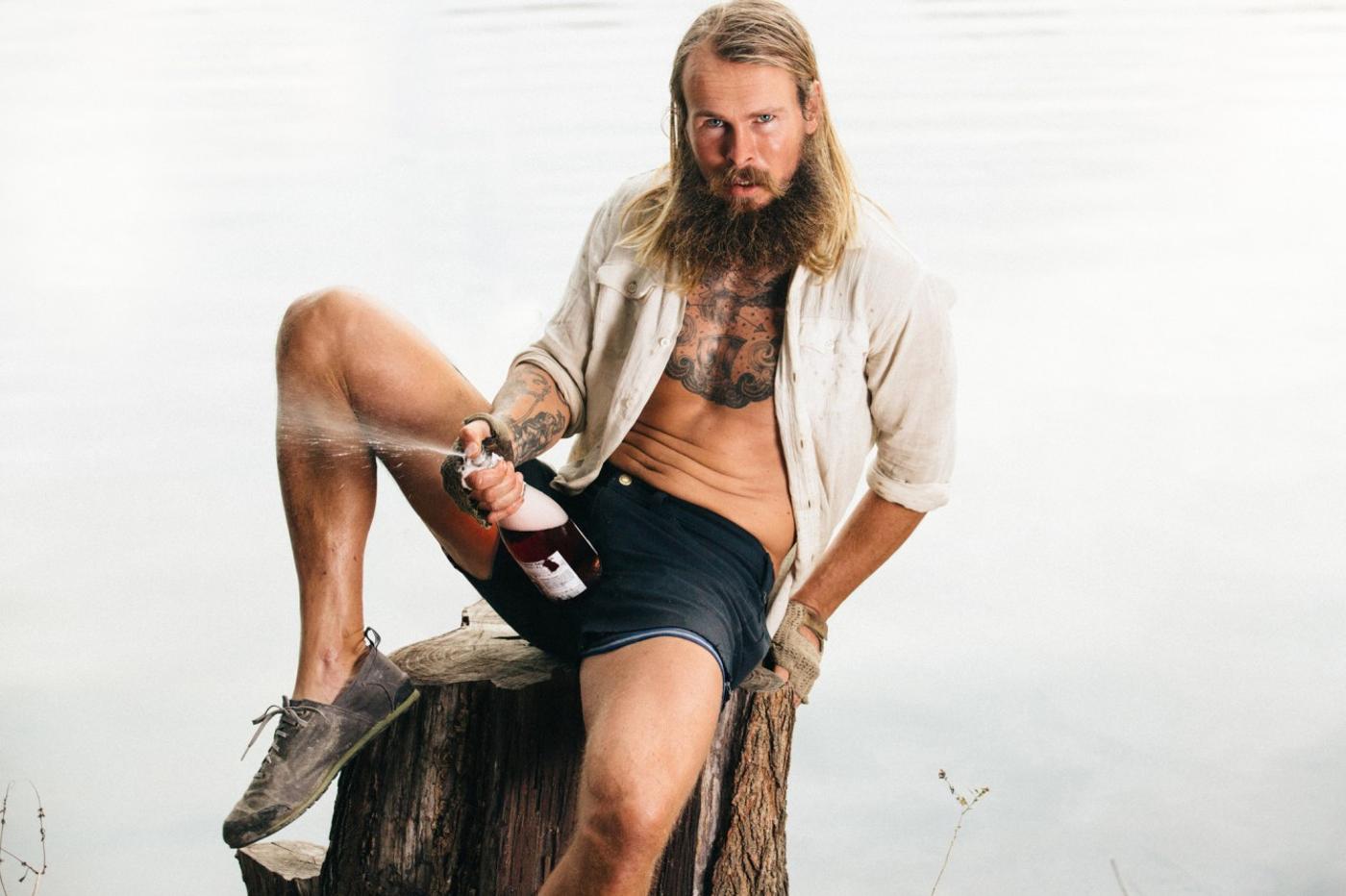 Wait, cross bikes? Of course we didn’t forget about you, Poppi! 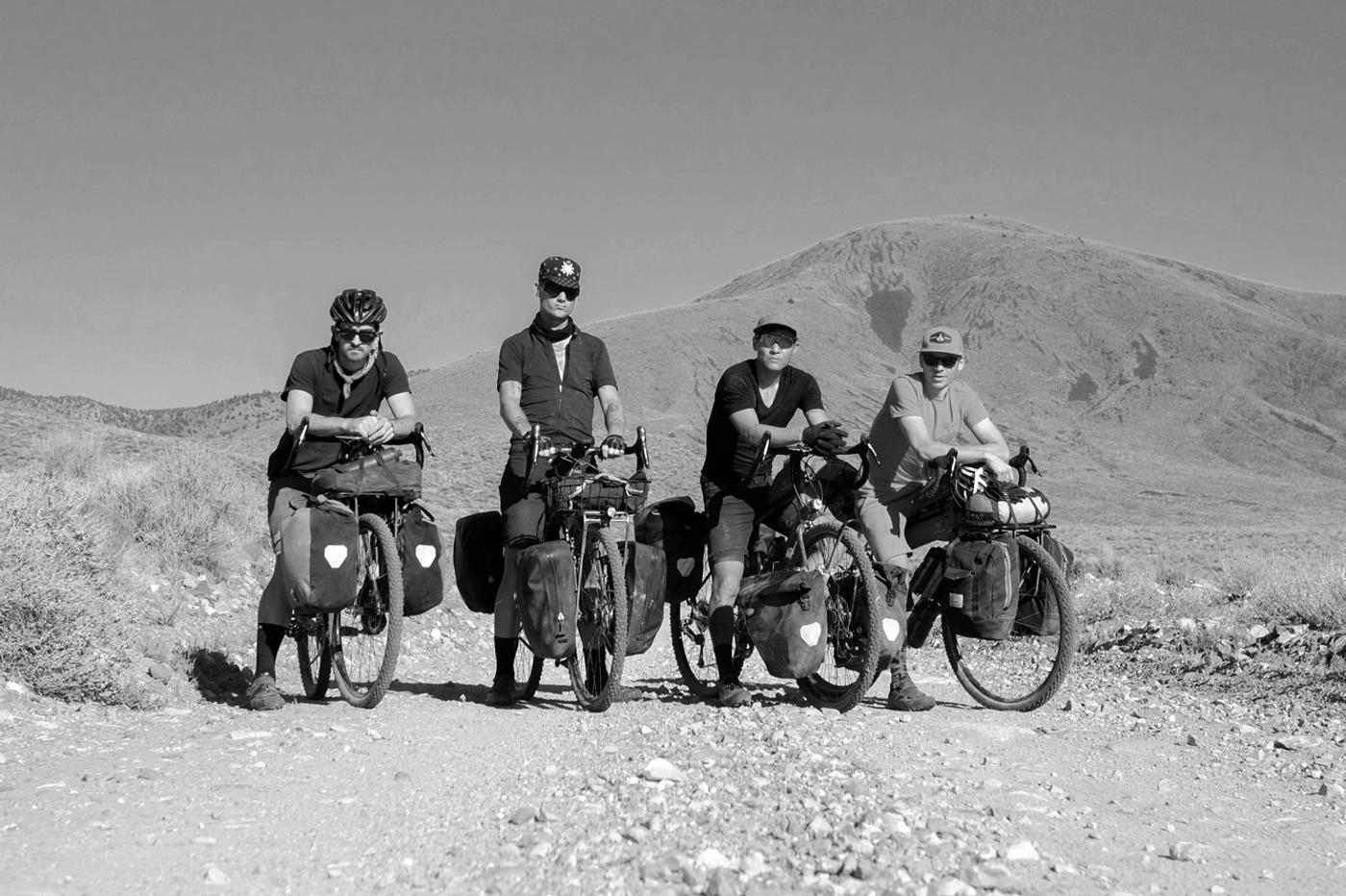 Here’s where the many authors of the Radavist picked up steam. Our new contributor Morgan Taylor up in Canada was getting busy with content from Vancouver. He visited the cult-famed bikeshop Superchampion. Team AWOL took on Death Valley and learned a few things. Then, in what had to have been the funniest story of the year, Sean Talkington took a dump on a ride in Santa Cruz and made us all laugh. 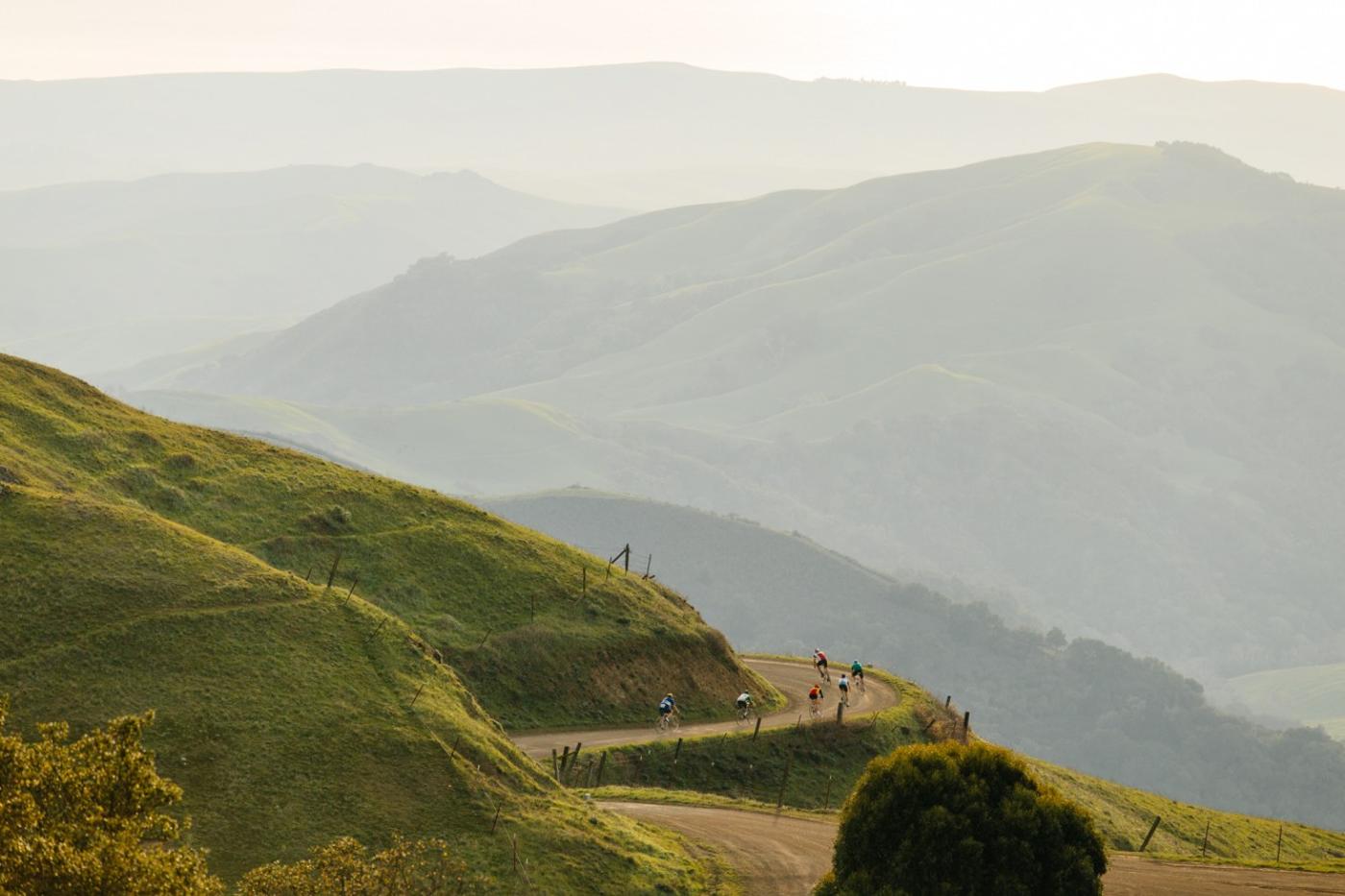 In Austin I caught up with Lauren Trout of Saila Bikes, a local framebuilder who crafts custom titanium bicycles before the season of travel began. Before I knew it, a photoshoot for the forthcoming Eroica California popped up on my radar. Classic bikes, classic California views, wine and photos for days! The following four weeks were spent all over. From New Zealand with Santa Cruz Bicycles, to Indy for a Zipp shop visit before NAHBS hit Louisville and finally, the Rouge Roubaix for a second time. 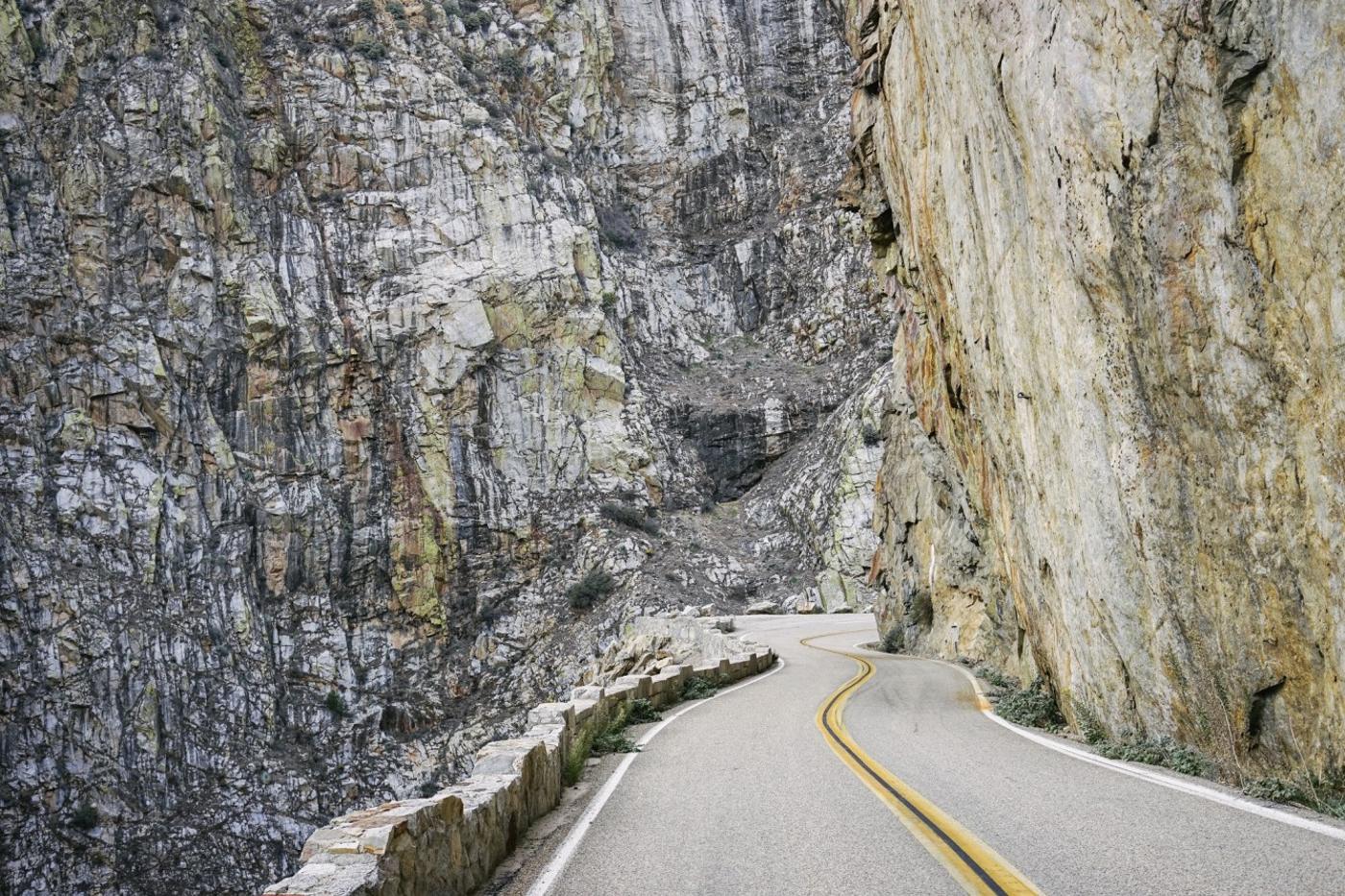 I got to catch up with my friend Doug before hopping on a plane for Portland where I got to visit my the Athletic, the Vanilla Workshop and shred bikes with Breadwinner Cycles. While all this was happening, Ryan Wilson was documenting his weekends in the Sierras, which totally blew my mind. Yours too, I hope! Those photos were a perfect segue into Spring and Jeff Curtes’ Spring Classics photos. From Belgium to Chicago, Kyle Kelley visited longtime friend Humble Frameworks as we both prepped for the Eroica California. 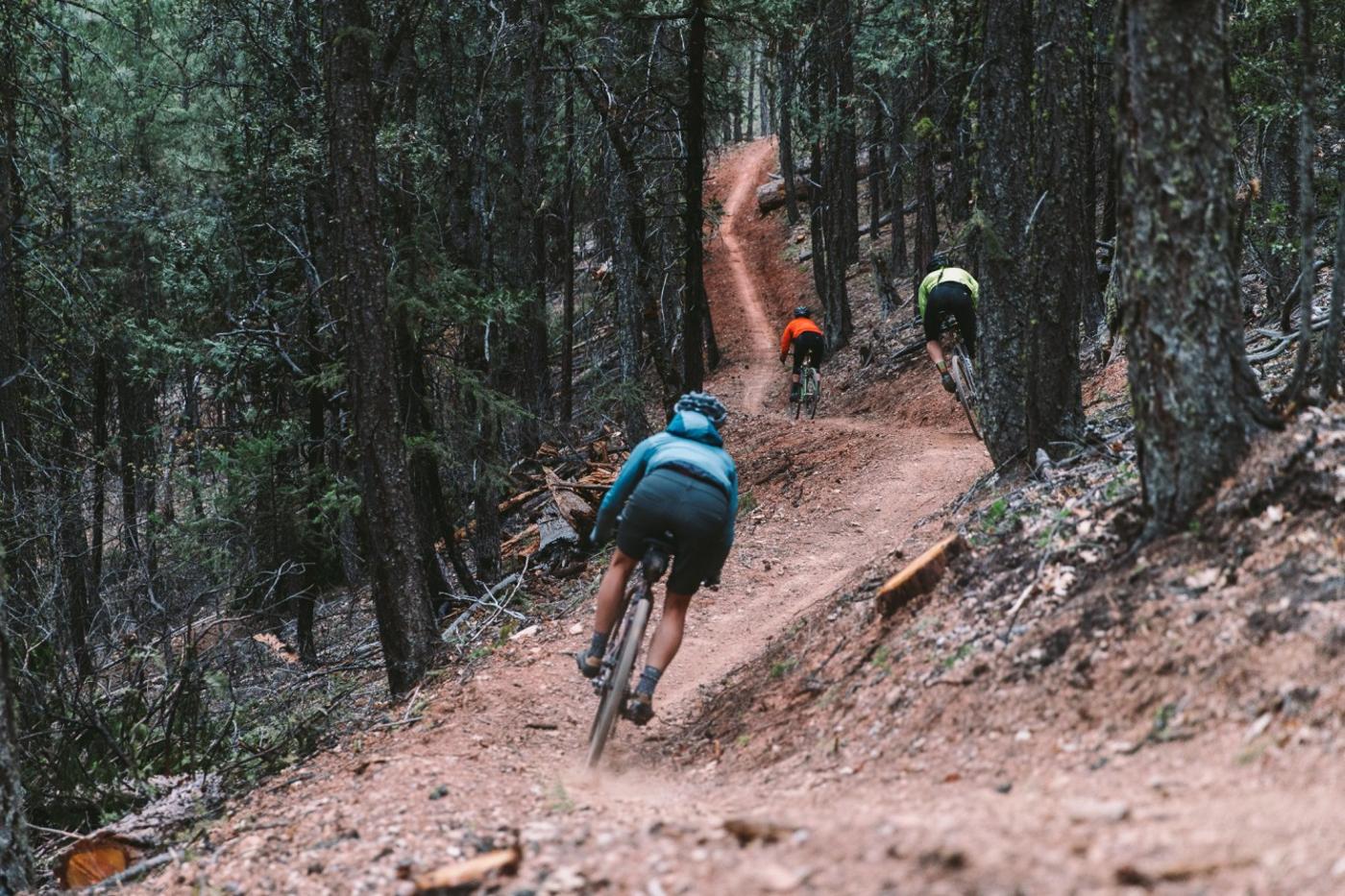 As with each Spring, I find myself in California constantly. Maybe it was time for a relocation? More on that later. For now, it was back in SF where I took a pitstop at American Cyclery before heading out to Quincy for a photoshoot unlike anything I’d taken on before. Giro’s Grinduro made an impact with their Enduro-inspired gravel grinder event. For me, it meant visiting the Sierras once again to document this insane course. Did I mention I was in California a lot? Back at it with Blackburn and their Rangers again! 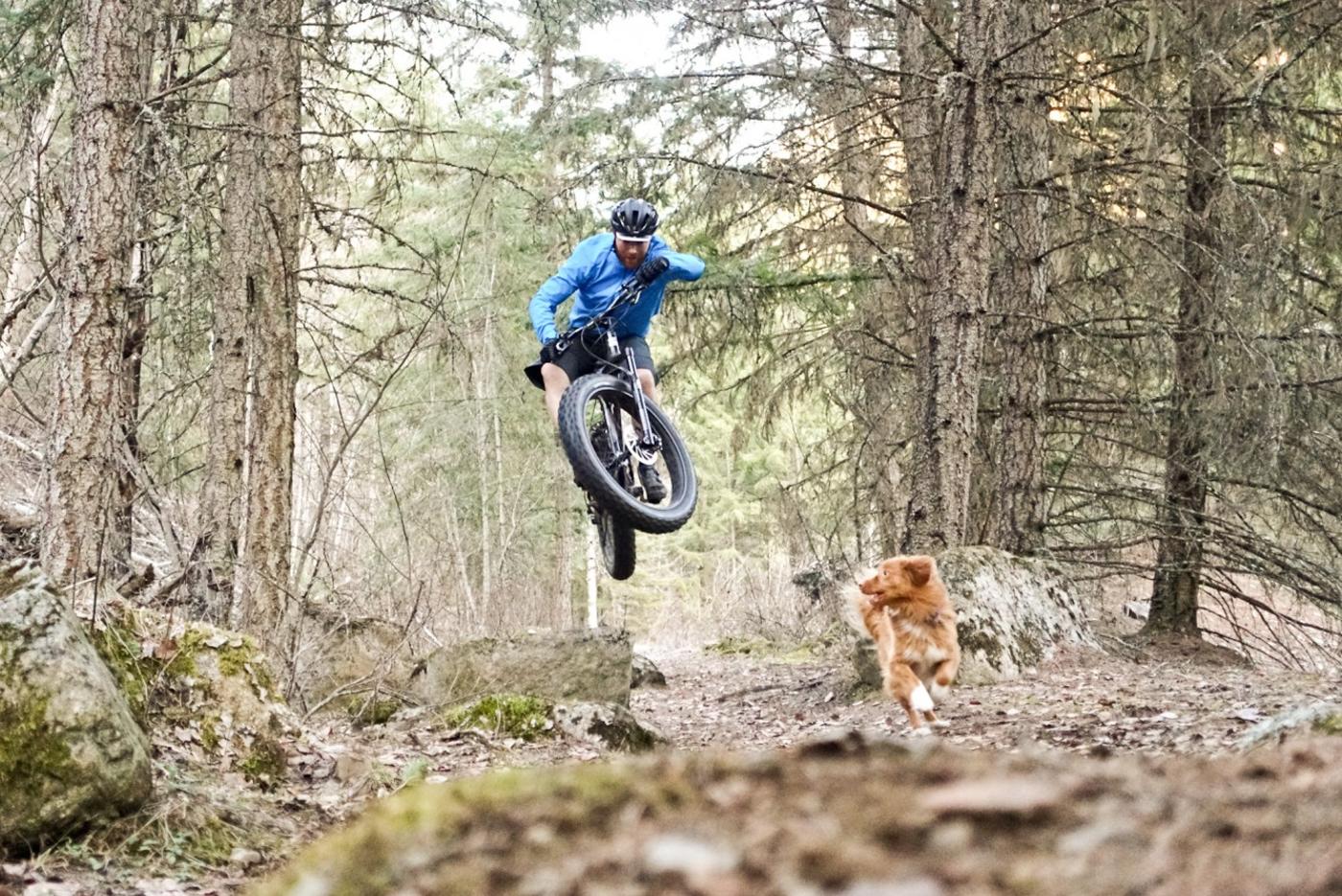 Morgan Taylor sent it on his Surly ICT in one of the most in-depth product reviews to ever land on the Radavist. That’s his dog, Denver by the way! Contributors Chris Dilts and Chris Lee tag-teamed the Red Hook Crit Brooklyn, delivering a killer photoset as I was back on the road again in California with the Speedvagen Fit tour. Oh and I finally got to visit PAUL! 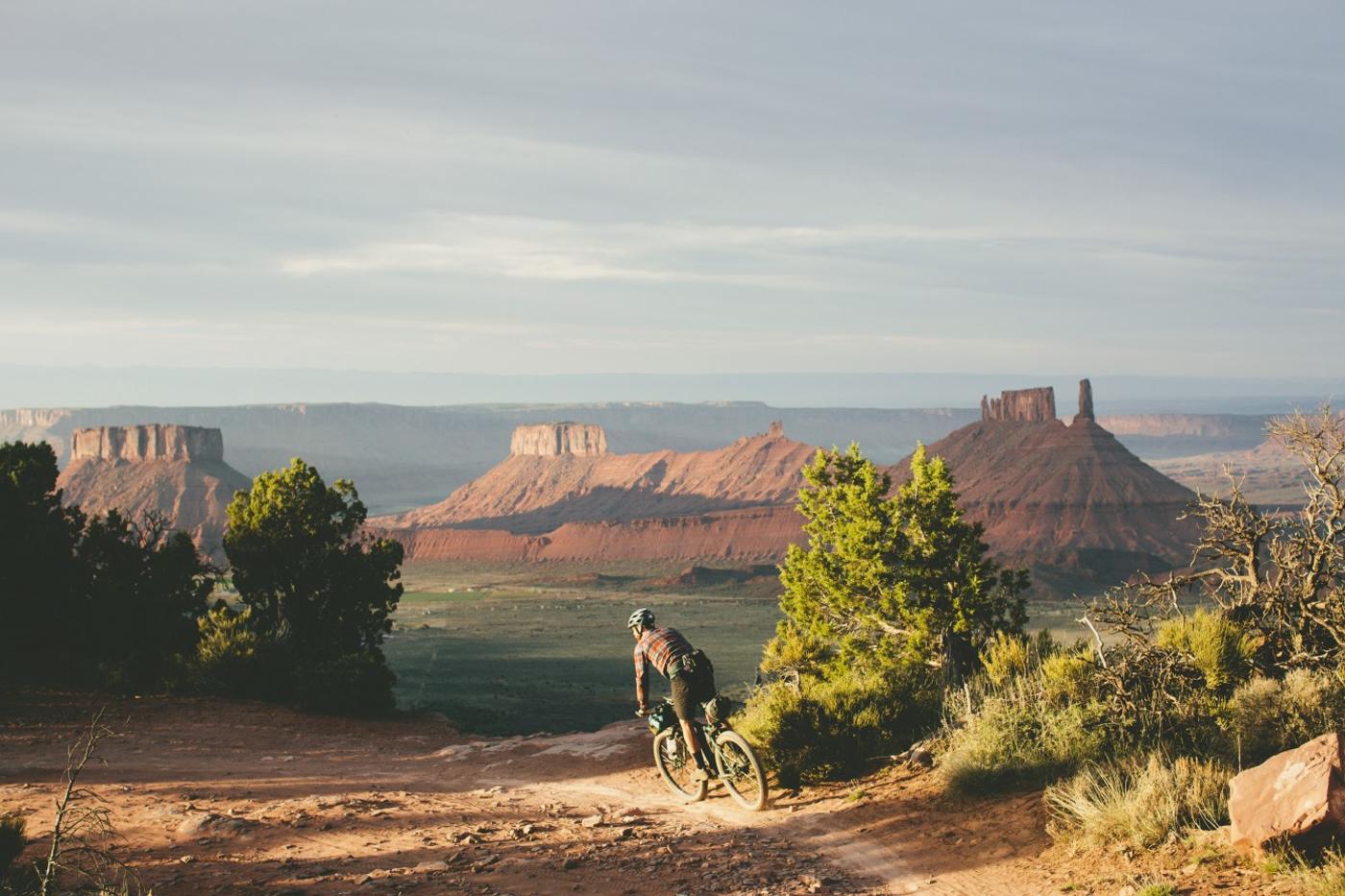 Ok, sidebar. Feeling like taking on Bikepacking this year? We had a ton of stories, including this trip on the Kokopelli Trail by Joel Caldwell! 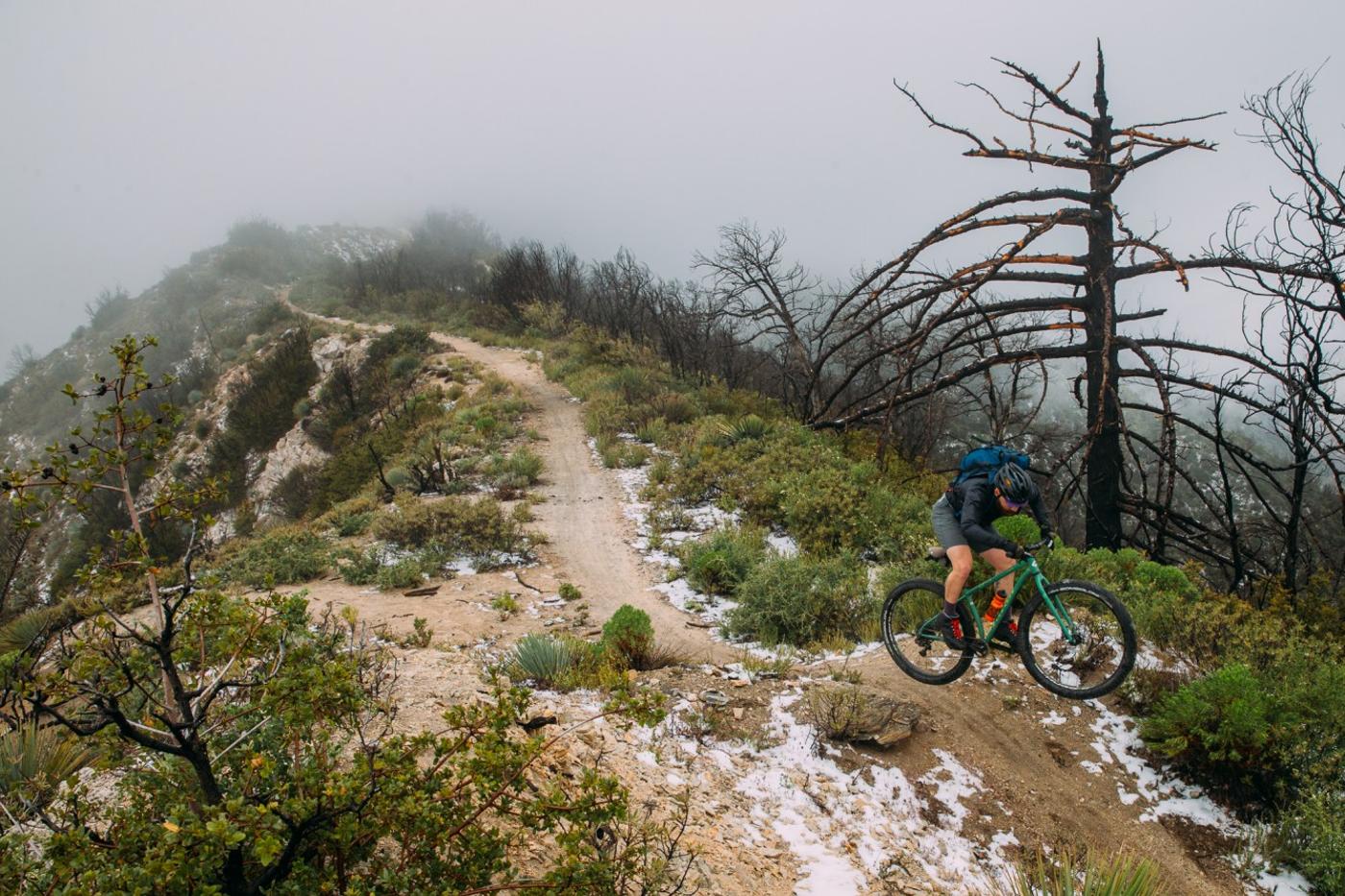 Or, as we’ve shown you in the past, you don’t have to leave town to have a bit of fun in the wilderness. Not in Los Angeles, anyway. Our friends launched Ringtail, a new made in the USA apparel company, born in Los Angeles… Man oh man, California. All that travel to the Golden State made me nostalgic for my film photos from the previous summer. 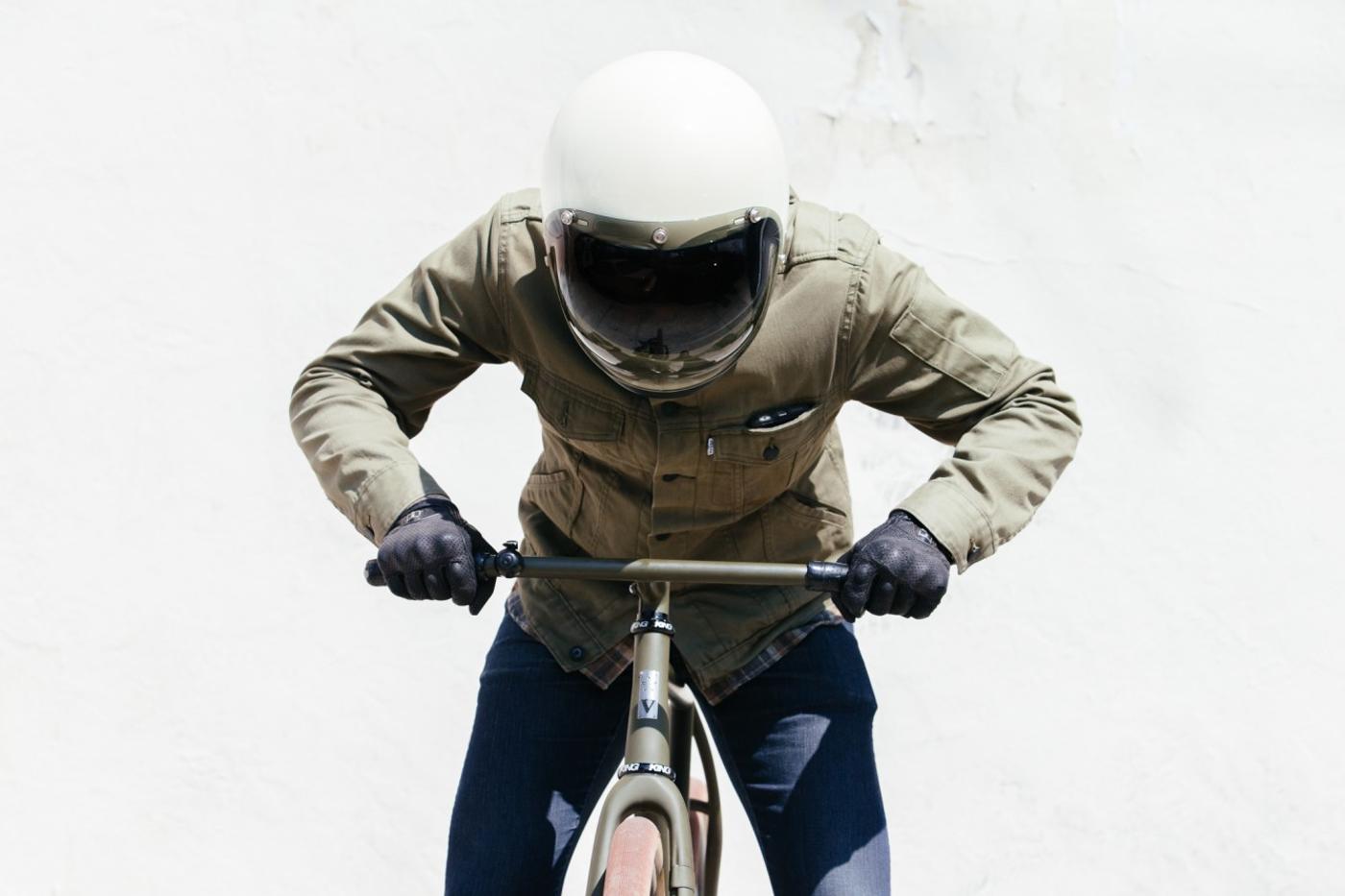 Wait, Gabe is at it again, with yet another banger of a bikepacking trip in Oregon! I was hankering for some wilderness, but had Italy on my calendar for a weekend with De Marchi apparel. The day I got back in town, we dropped the atom bomb of the year: the Urban Racer photoset. Wow. People were, uh… engaged? Or was it enraged? 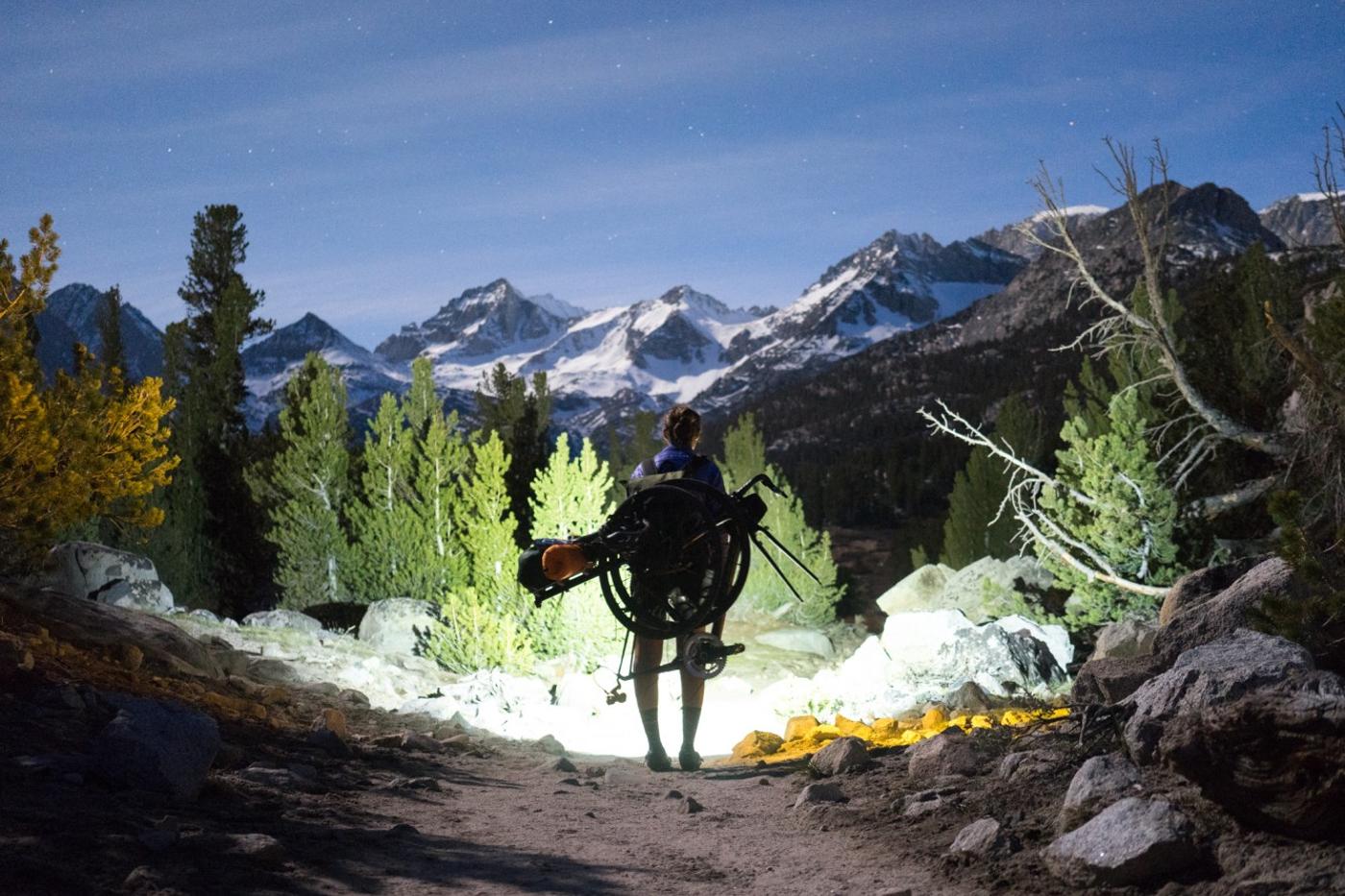 Fuck it, let’s ride bikes. Or singlespeed ‘cross bikes at the Lost and Found race, or how about overlanding the John Muir Wilderness trail by strapping bikes to your backs, or taking on three days of the Tour Divide with Salsa. Whatever fits your fancy, we all want a partner who we can do the White Rim trail with. Until then, let’s live vicariously through Kyle and Liz. It’s summer and it was the perfect time of year to call in sick to work, or race crits, yet I wanted to take off to the hottest part of the country: the desert! Kevin Sparrow had the right idea with going to Europe to visit Tune and RIH. While I didn’t make it to Europe again, I found myself in SF for a bit of camping and visiting framebuilder Cameron Falconer. That’s when I knew I had to be in California… 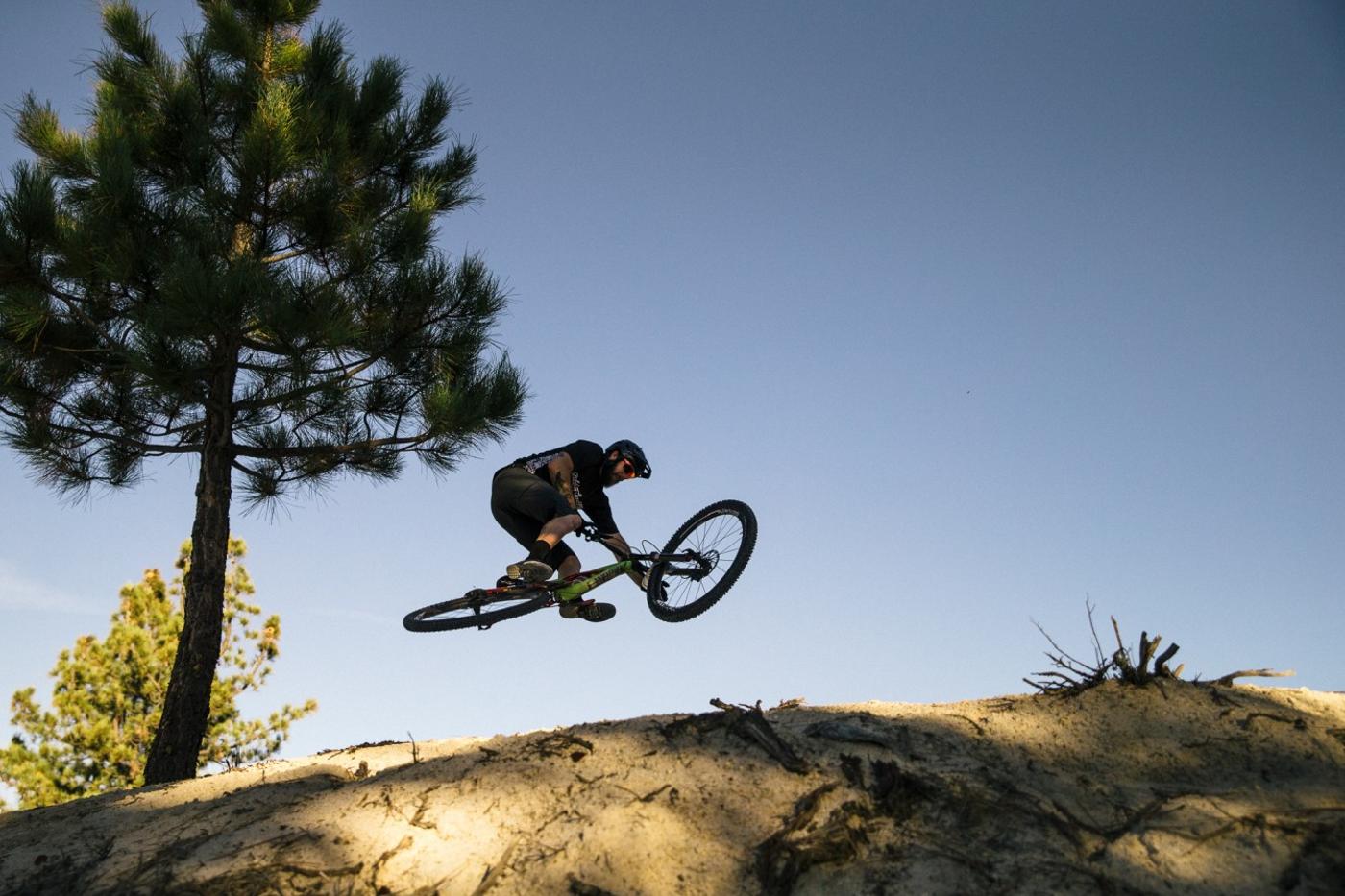 I finally made the jump. It was time for a change. I left Austin with my life loaded into my pickup truck and shuffled over to the West Coast. Luckily my friend Jonathan came along to help and Morgan went to work on more content, visiting Porcelain Rocket for a great photoset. Once in LA, I began meeting new and interesting people before getting swept off to Portland for the weekend’s Bike and Beer fest. Coinciding was the Trans-Cascadia, which Dylan did a killer job documenting. It left me thirsty for more mountain biking… 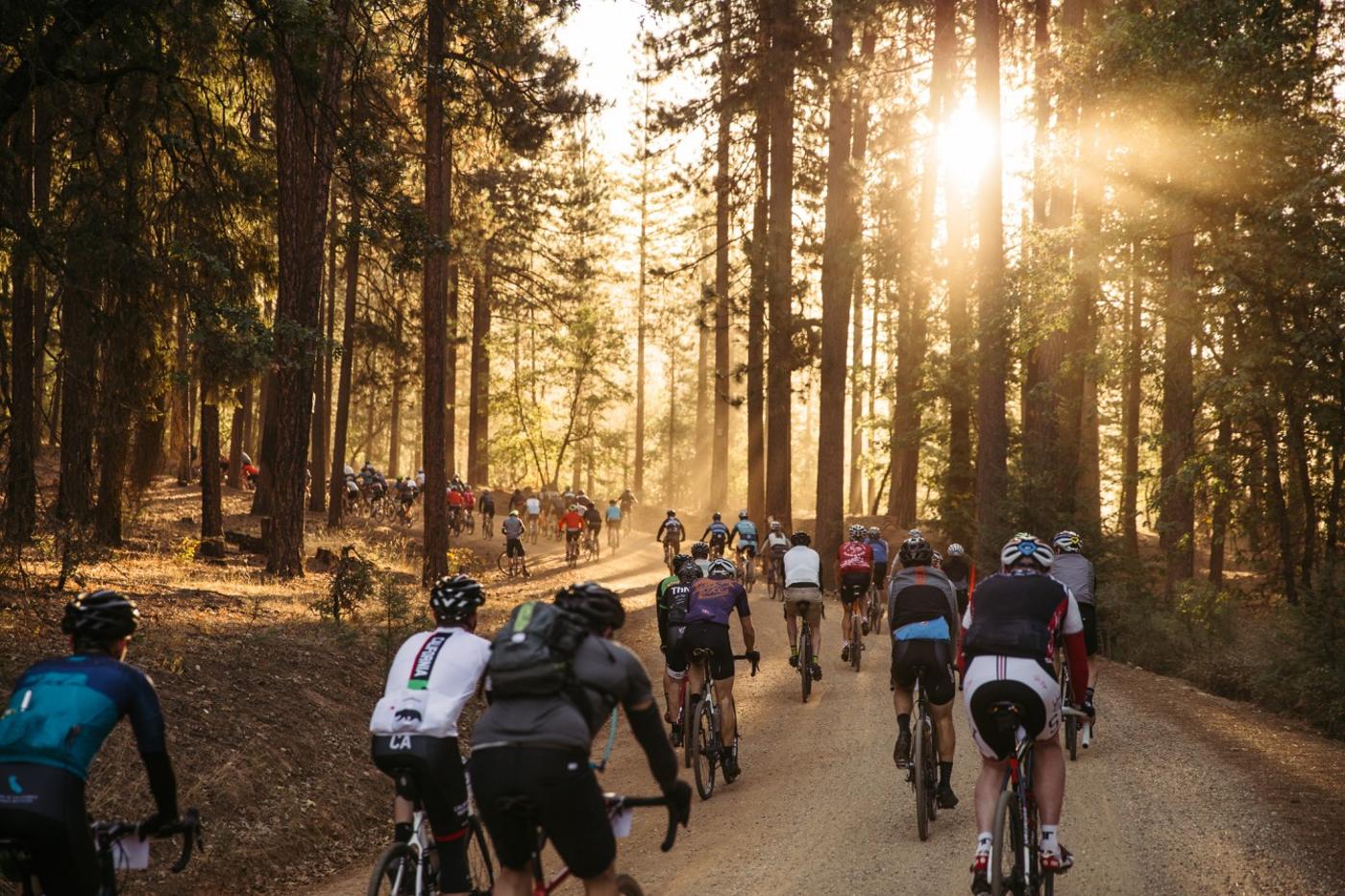 … but Grinduro awaited! Ok, after Grinduro, we hit up Downieville for some downhill fun! 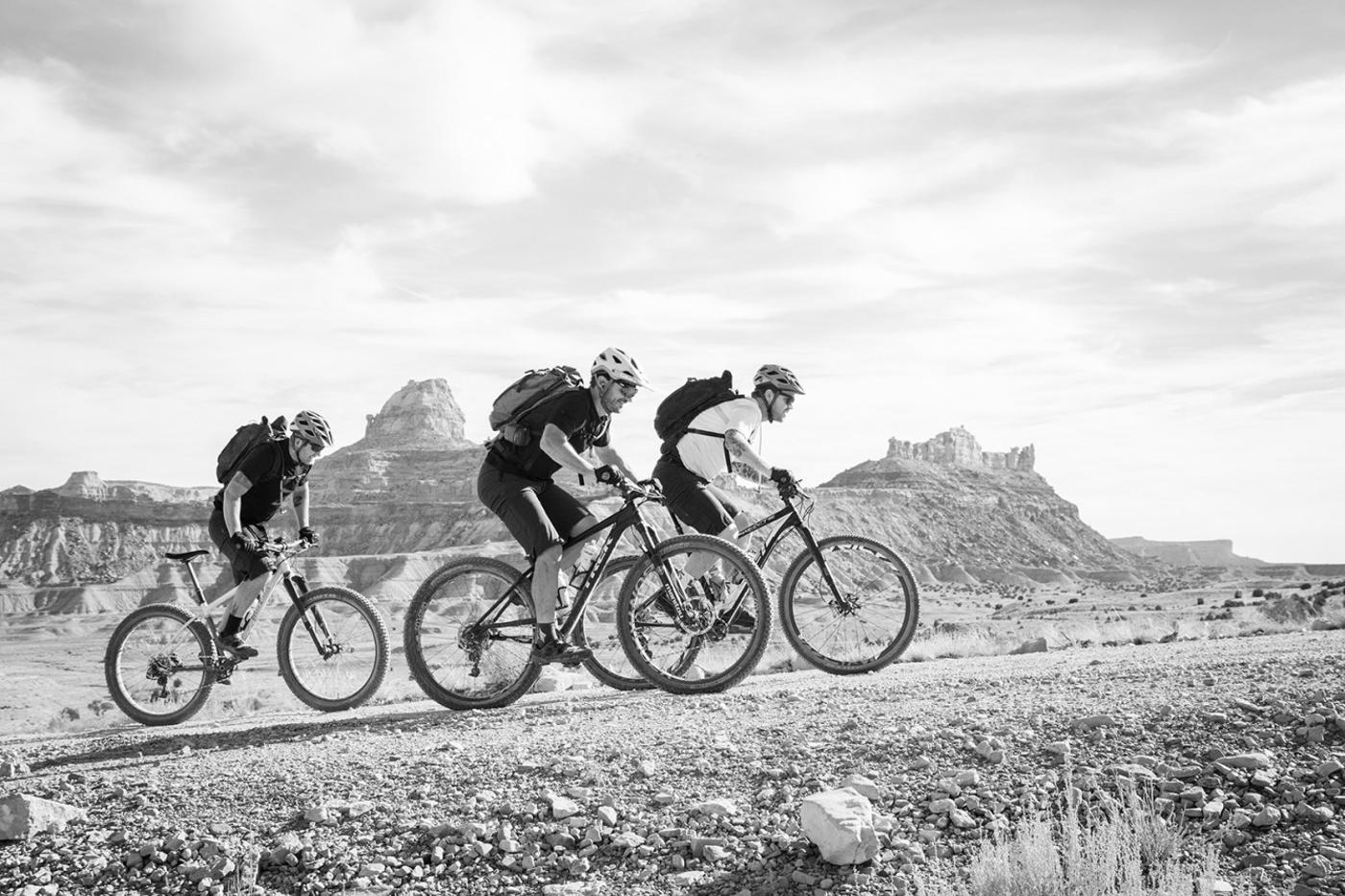 And the CommUTAH crew inspired us all. 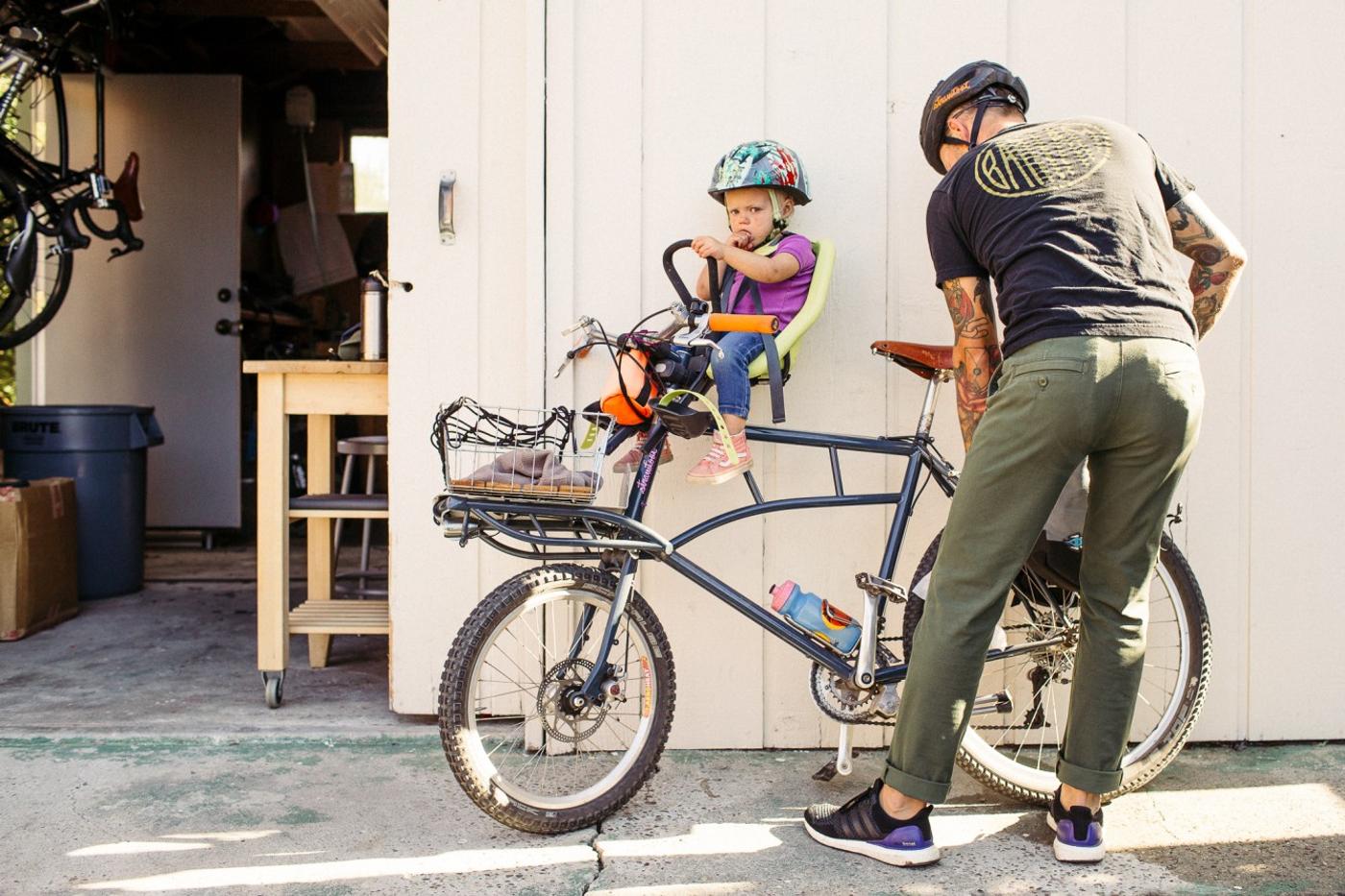 After Downieville I hung out in Santa Cruz for a bit, staying with Garrett from Strawfoot and tagging along with him and his daughter Olive. One afternoon we headed to Rick Hunter’s shop for some NorCal framebuilding recon. Wow. What an experience! 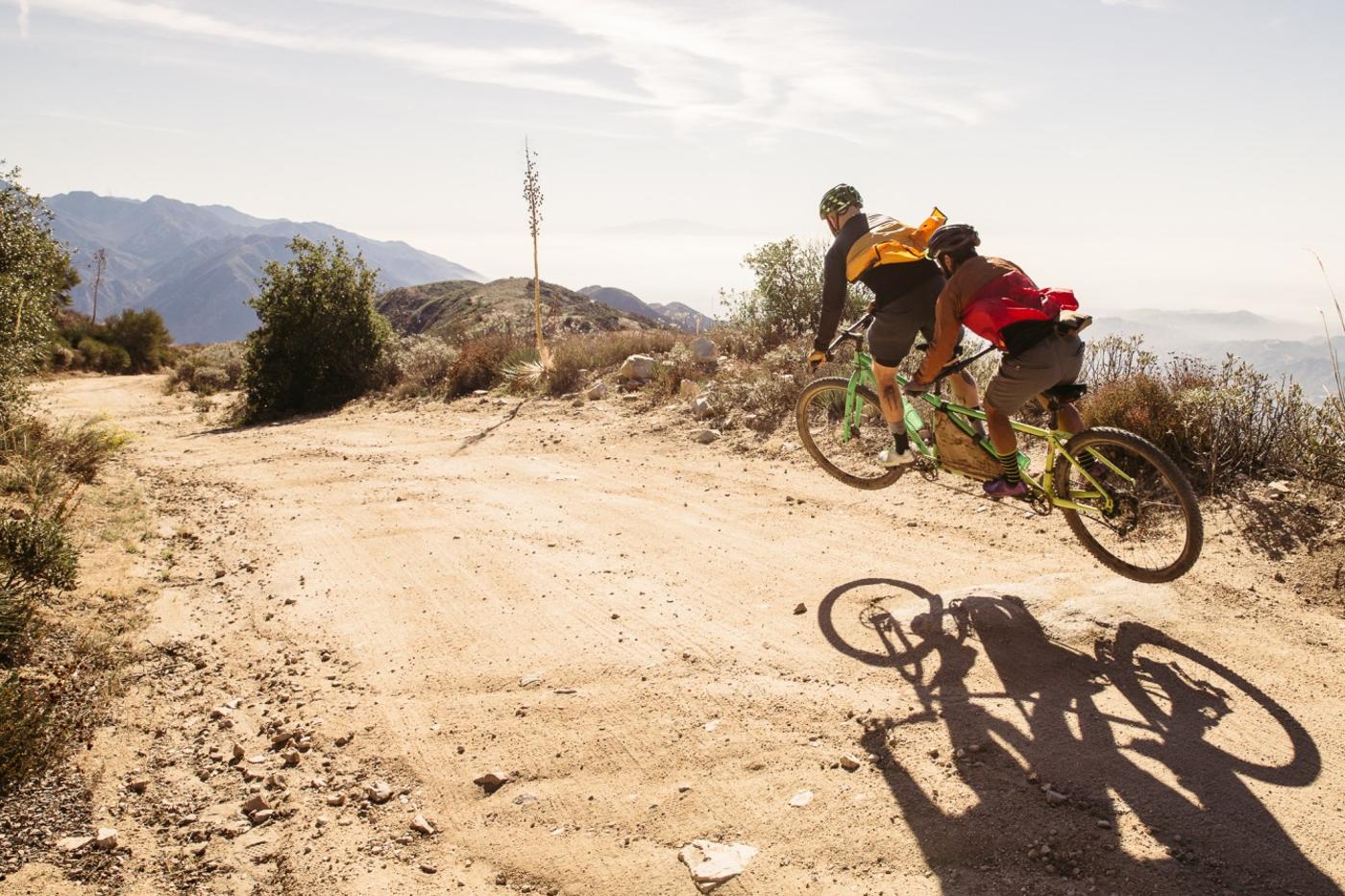 Grinduro left Kyle hungry for more tandemonium and unfortunately, that’s what he got up on Mt. Lukens. Since he couldn’t ride for a bit after his crash, we decided to go car camping for Halloween in the Angeles National Forest.

Once again, I was being called back up to Northern California for a Chris King bottom bracket launch. Technology, man! The day I returned brought about the Feel My Legs I’m a Racer event in LA, where people race up the steepest hills in the city, including the steepest residential street in the USA! 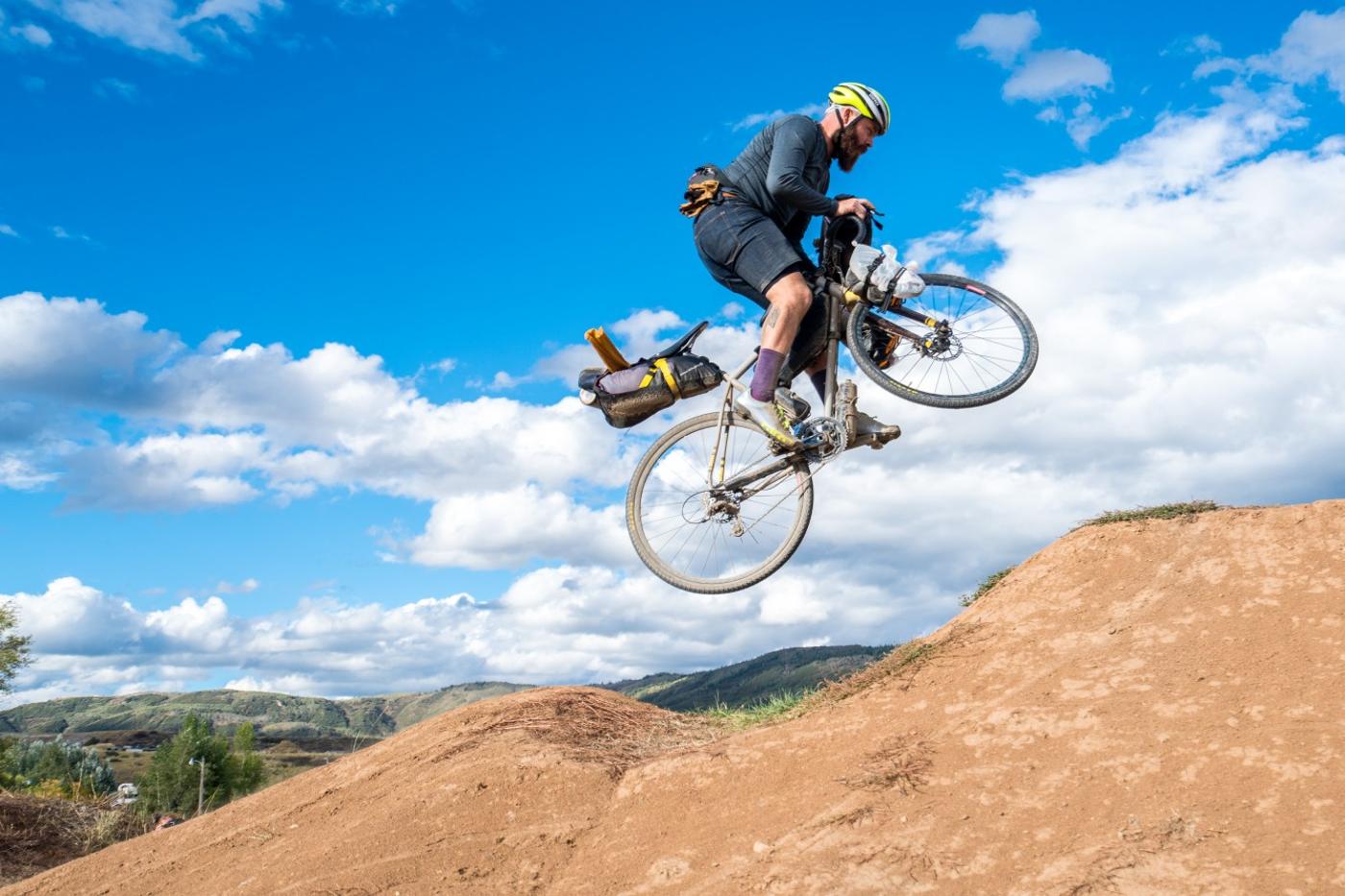 Kyle sure loves to air it out, doesn’t he? The Steamboat Ralleye with Ian Hylands was a killer story but if you were more into road cycling, you probably dug the Leave it on the Road ride recap. There were so many ride reportage photosets and Gabe killed it yet again with a year-ender! 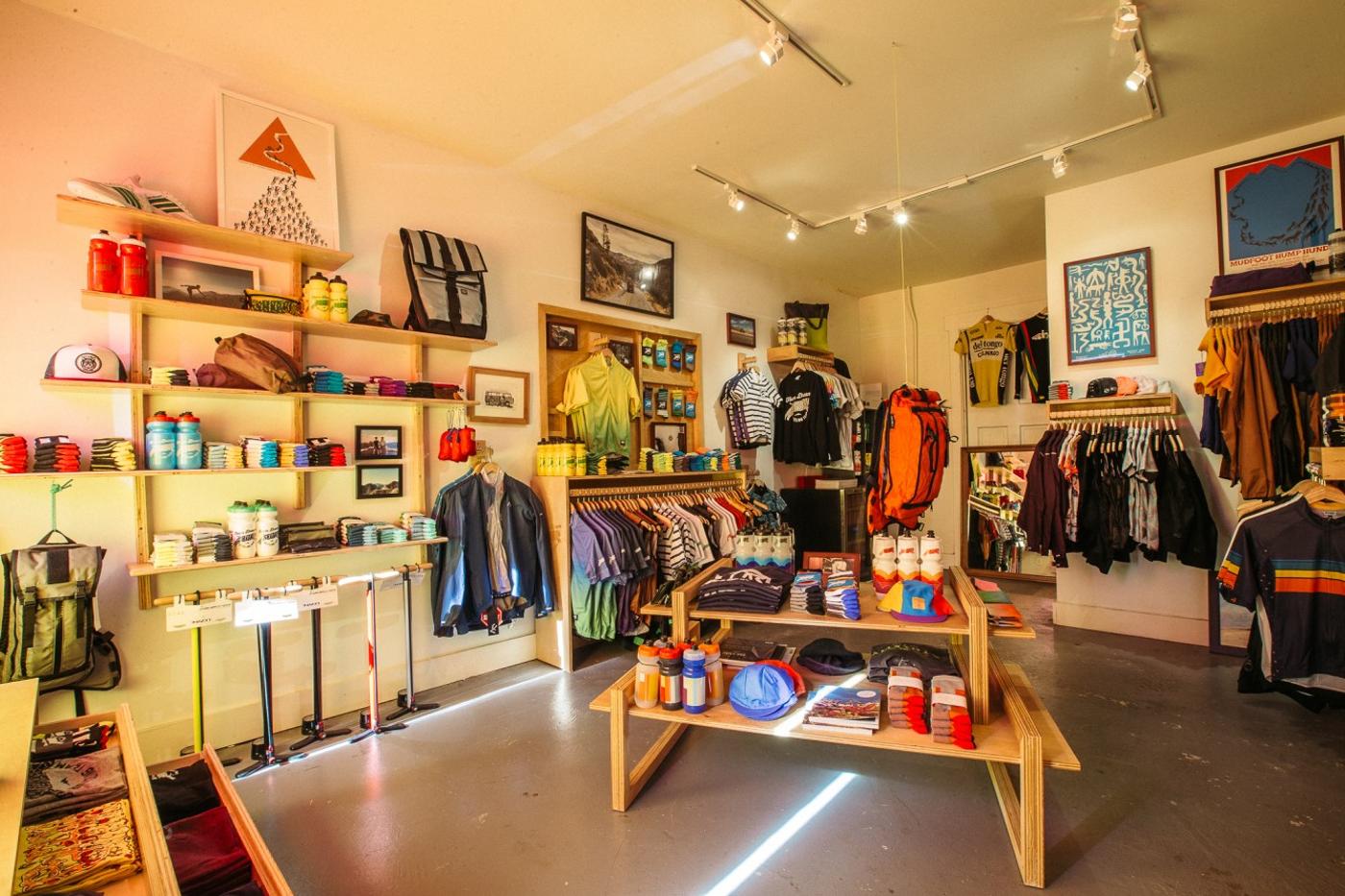 To quote one of my favorite movies: “big things have small beginnings” and the Cub House is just that… It’s yet another cycling hub for the LA community to rally behind and grow with. We’ve got so many great people on our side of the bike lane and Julio is one of them. 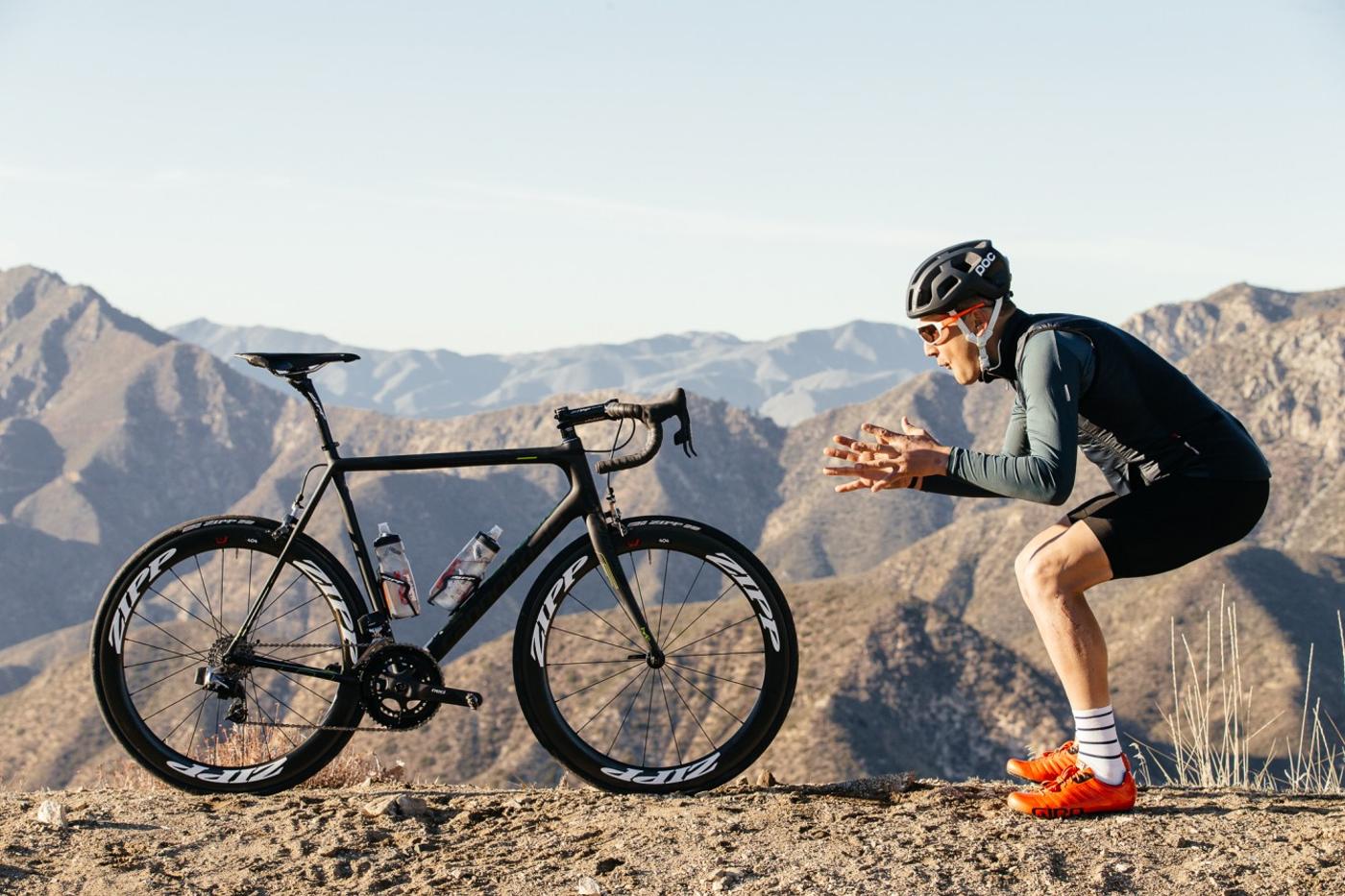 Well, ‘cross came and went, Amanda and Dusty Bermshot documented the clusterfuck that is SSCXWC while I got to work on our local trails in Los Angeles… I thought the year was all settled when a call from a soon to be retired pro cyclist came my way: “hey dude, wanna go for a ride?” Sure thing, Ted! It was the perfect way to end the work year. So I took some time off and spent the past few days with a friend in Death Valley, hiking, exploring, and freezing our asses off. Still, while I called this “time off,” secretly I was planning my first big ride in 2016 and I can’t wait!

I wanted to thank all of the contributors, the readers and the commentators of this website for kicking so much ass in 2015. Here’s to another year of Rad Atavism.