Initially I wanted a cross bike, then a bikepacking mountain bike and finally after a lot of consideration, a road bike with clearances for bigger tires. At the time, SRAM and Shimano’s hydro disc brakes just didn’t do it for me and SRAM road’s own incompatibility with their XX1 MTB derailleurs and cassettes was a turn off.

It’s funny how things work out though. After my visit to New Zealand with Santa Cruz and the Stigmata launch, I got to use SRAM’s hydro shifters a bit more. I took that bike home and started riding fire roads, singletrack and even paved roads on it. I was finally sold. The SRAM hydro felt great. I love the ergonomics of the hoods, even though they’re a bit off-putting aesthetically. At least keep your hands from flying off the hoods while riding off-road! All I wanted was a bigger cassette in the rear. 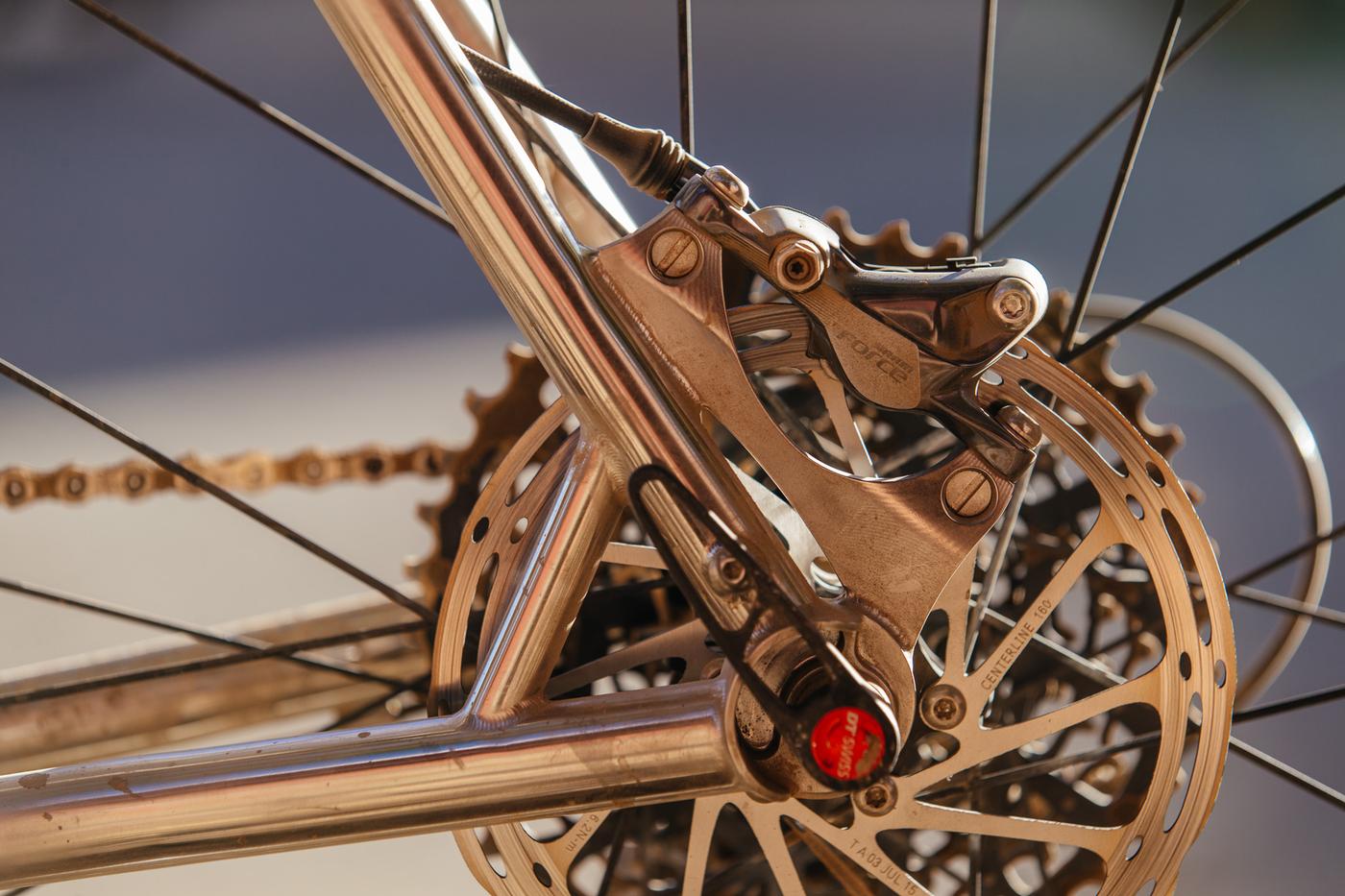 I finally convinced myself that disc brakes would be the way to go on this bike. I still prefer to race on cantis, but this isn’t a race bike.

Throughout 2015, the road and MTB world began cross-pollinating a bit. Thru-axles, 142mm spacing, 10-42t clusters, clutch derailleurs, 1x drivetrain, direct mount. It was all falling in place. My riding is and will always be dirt-centric. I’d rather ride a mountain bike than a road or cross bike, so why not make a road bike that’s the best of both worlds?

With clearances for a 45mm tire, the Whisky No9 thru-axle fork was the way to go up front. The frame itself would clear the same, while still leaving room for a front derailleur if I ever decide to go that route. I had to have a segmented seat stay, because you know, Massachusetts.

You can’t buy a Firefly and not have them make you a custom stem and post.

Geometrically speaking, it’s a mix of road and cross. 70mm bb drop, 73º seat tube angle, 72º head tube angle, 430mm chainstays. Basically, this is my Argonaut and my Stinner Cross’ middle ground. The rear end is a bit longer than my cross, the head tube a bit slacker… For componentry, I wanted to utilize CX1’s mid cage derailleur and its ability to wrap around a 10-42t cluster with a 40t ring up front. This has proven to be more than enough range for anything I’ve ridden thus far, including Grinduro and that blasted climb, China Grade. The chainline is great at either end of the range, but I might try out a direct mount 0mm offset ring to see if it gets even better.

Zipp was kind enough to send over their new 202 Firecrest Carbon Clincher Disc wheels, with matching logos on the way. My thoughts? I didn’t have to think about them once. They set up tubeless with the WTB Nanos easily (although multiple other tires did not work), they look fast, even though I am not. The 142mm x 12mm thru-axle rear, everything feels locked in place and solid. I rallied The Shit Out of them all week and they’re still begging for more. Initial reaction: 9/10 with a point deducted for non-tubeless rim profiles. Come on guys! ;-) 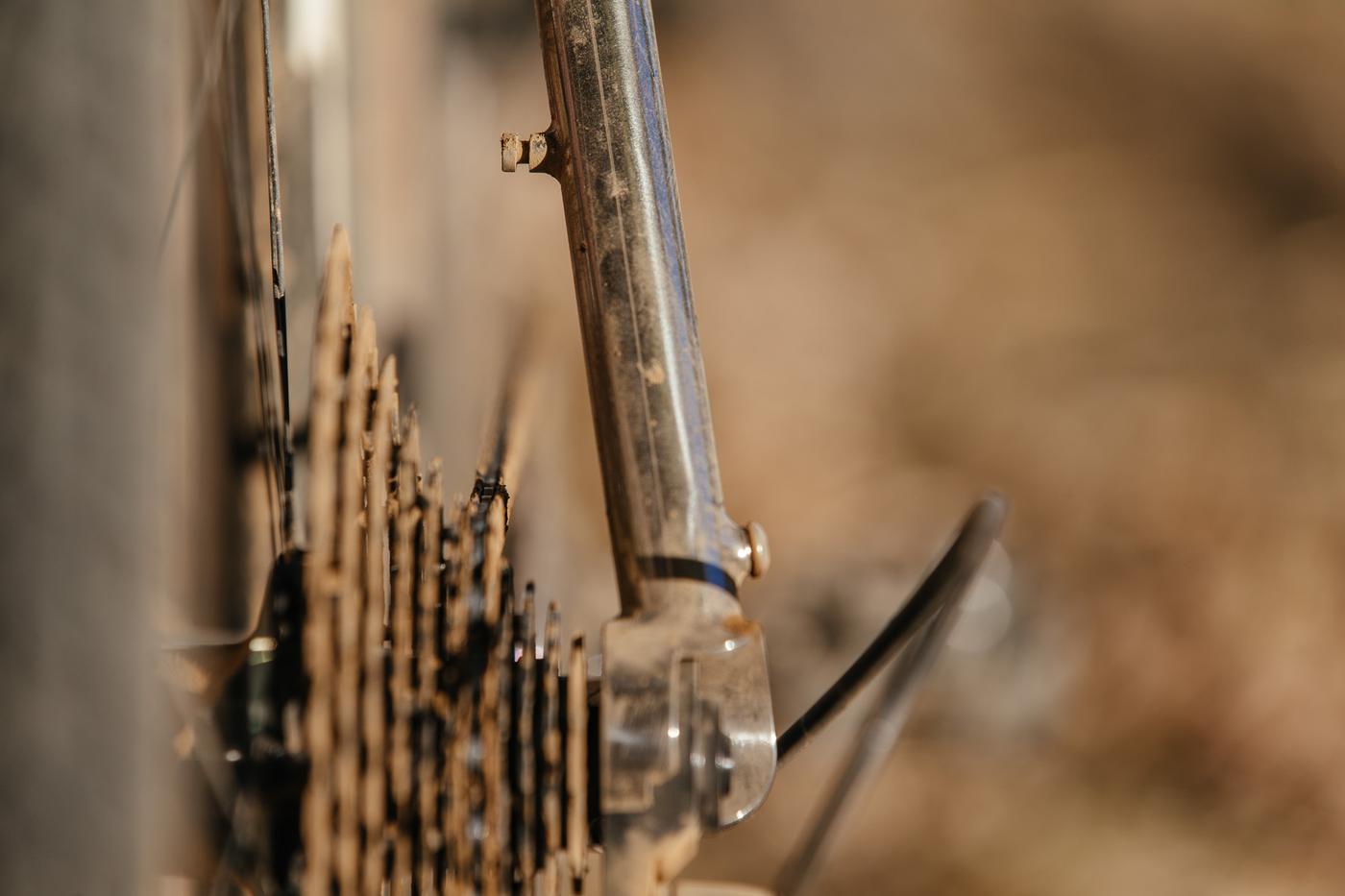 Chain hanger? Why not…

The last detail is by far the most obvious: the PAINT! A few months back I sent Kevin at Firefly some photos of rat rod cars that were all rusted out. Some had flecks of green and blue in the patina and one had a few new panels mixed in with the rusty ones, which were then faded into each other using a sanding wheel. I had a precedent, but who could paint it? 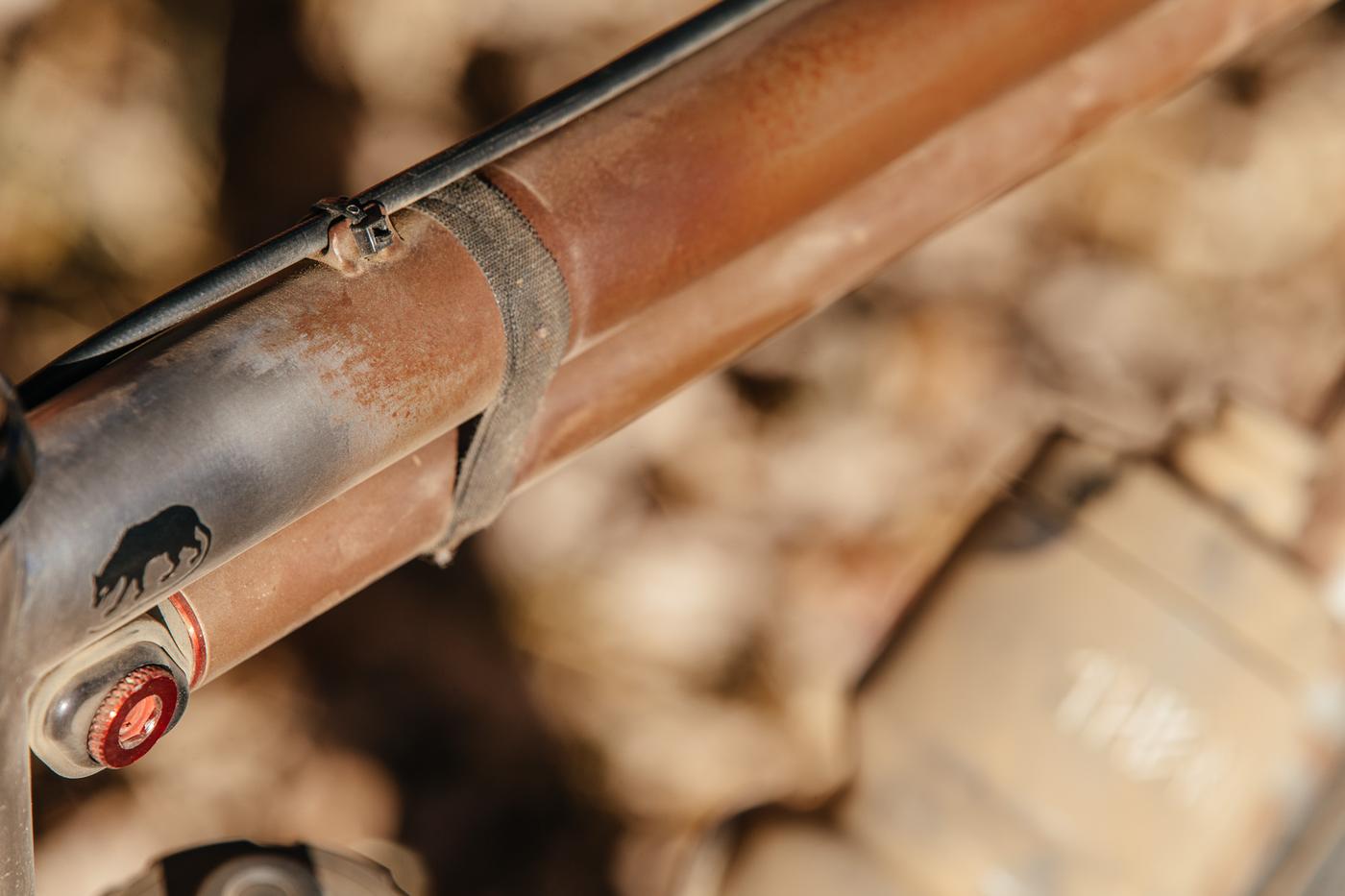 Jordan Low recently moved onto be the head painter at Hot Tubes Paint. Kevin passed it under Jordan’s nose and he bit down, immediately passing on plenty of stoke to me over a phone call. I wanted the King headset painted, the spacers, the stem and the Silca frame pump. It was going to be expensive (the most I’ve ever spent on a paint job before) but well worth it. 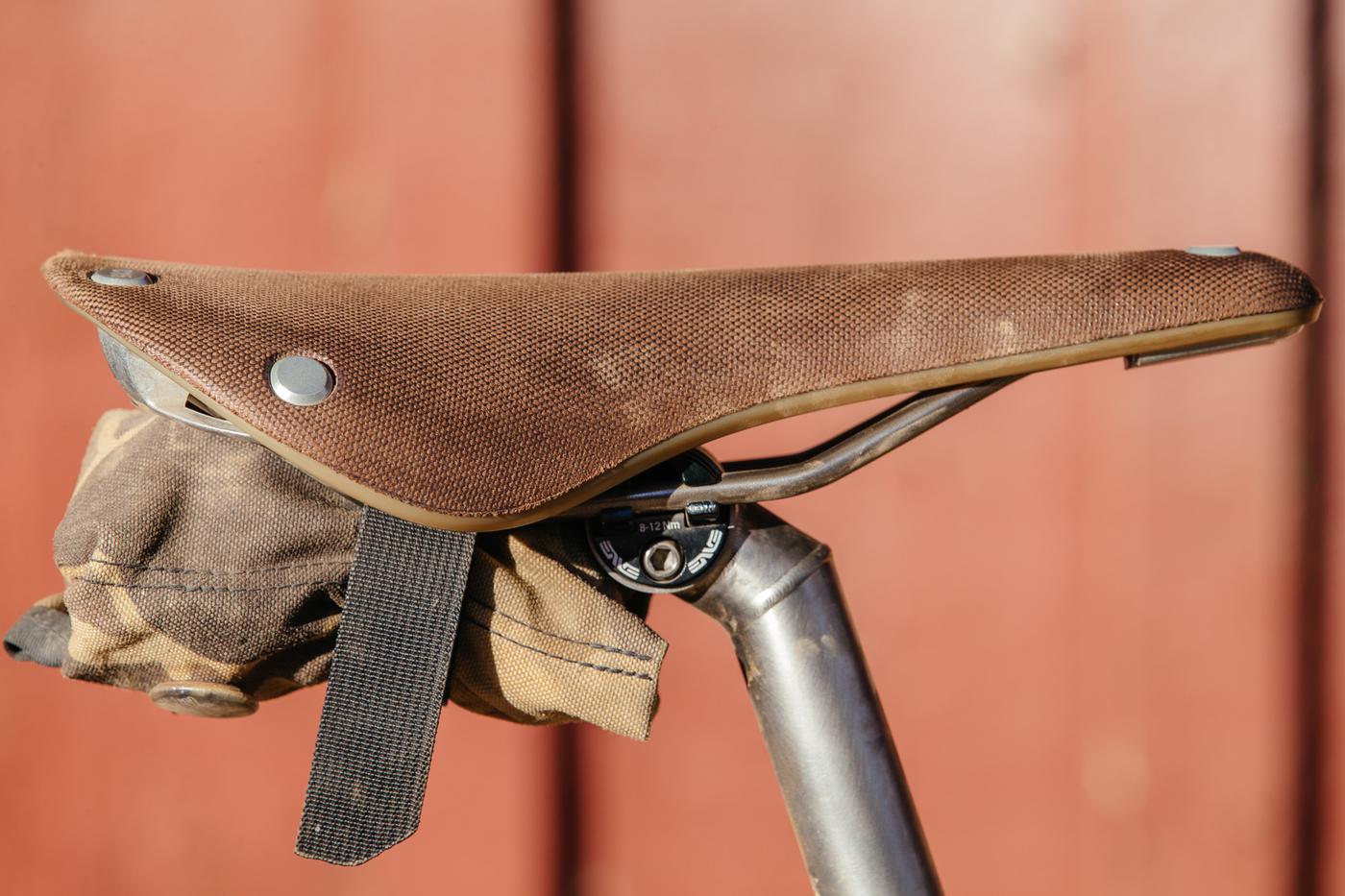 Having the Brooks Cambium magically match was an added bonus. One note: the Silca pump hardware went missing during assemblage, so the matching head wasn’t used in these photos. The hardware has since turned up and it looks even better now!

So, how does the damn thing ride?

Without getting into the minutiae, I will say the lower bottom bracket and slacker head tube (when compared to my cross bike) make this a veritable rocket down fire roads. Maybe it was new bike stoke, or Grinduro stoke, but I railed everything without thinking twice. A bike should instill confidence in the owner, not hesitation and when you ride as much as I do, you know exactly what you want, when and where.

Dream bike? You bet. Expensive? You bet. But is it worth it? All the months of saving, squirreling, selling excess before paying more for a bike than most pay for a car? You better believe it! This custom experience epitomizes how I want to spend my time on a dropbar bike: dusty and loose!

Thanks to Firefly, Hot Tubes, Whisky, WTB, SRAM and Zipp for making this rat rod-inspired machine rally like none other.