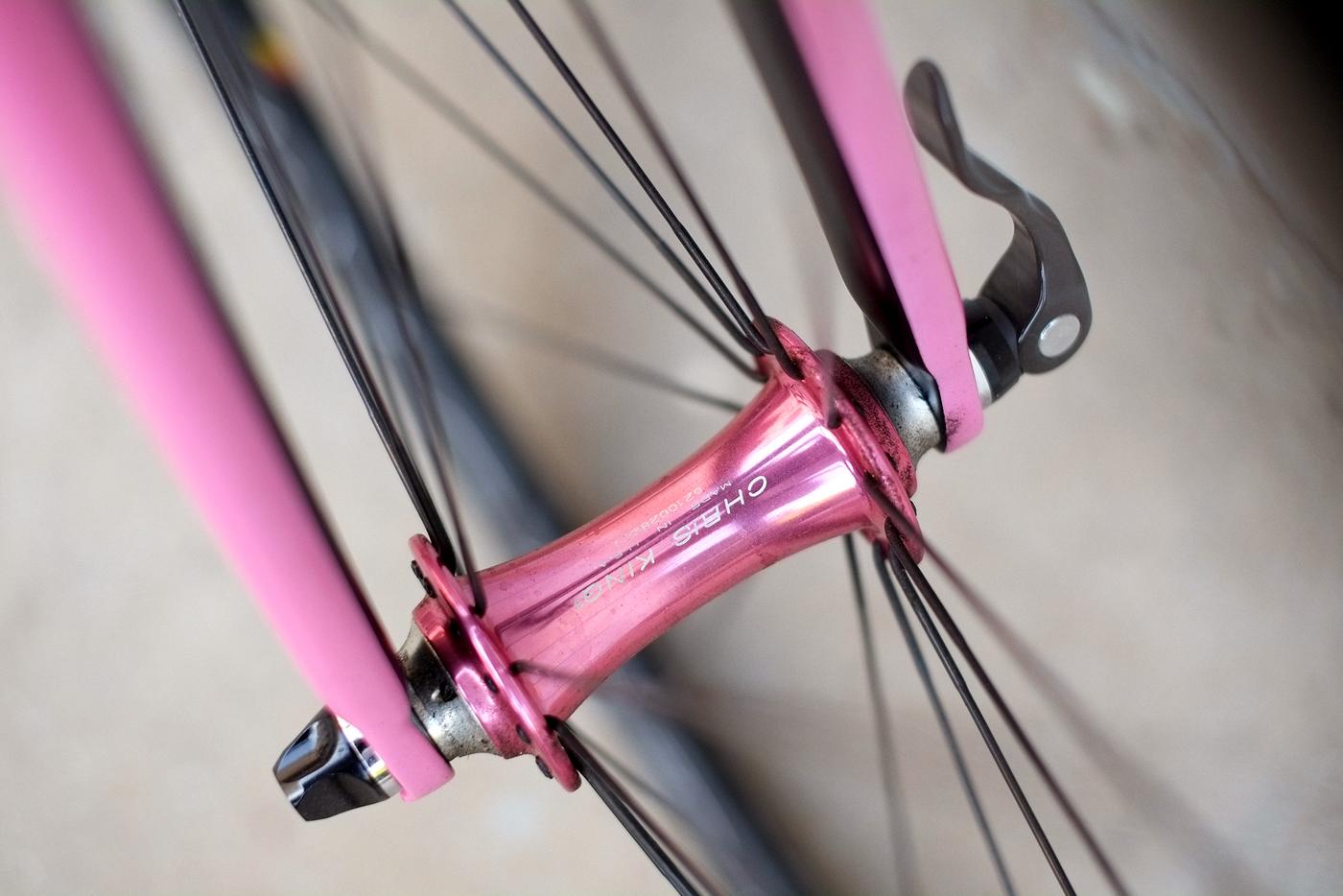 Yesterday people got in a little debate about hub label orientation on Chris King hubs. So which way is it?

A few years ago, I asked Chris King and Jay Sycip which “way” the hub label should be facing on a King front hub. I had always heard the rider should be able to read the label and while most manufacturers agree, Chris King wanted the viewer of the bike to see his name.

One way to tell it was intentional: the cone adjustment is on the same side as the rear hub when you place the name facing out. So, technically, yes the hub is in the wrong orientation with the Stinner. Does it matter? No. Especially since the traditional way is facing in.