Jordan Hufnagel took a short sabbatical from bicycle frame building to take on his transcontinental motorcycle trip with West America partner James Crowe. Before taking off on the road, or dirt rather, he produced a run of porteur bikes. These bikes may look similar, clad in their matte black with gumwall 650b tires, but each one was specially tailored to his client’s needs and potential uses. Hufnagel has an aesthetic he likes to hit, ever-so precisely.

As I was flipping through Instagram, I noticed an newly-built olive-drab disc bike on Jordan’s Instagram. No less than a few minutes later, in rolls Jason with his Hufnagel. 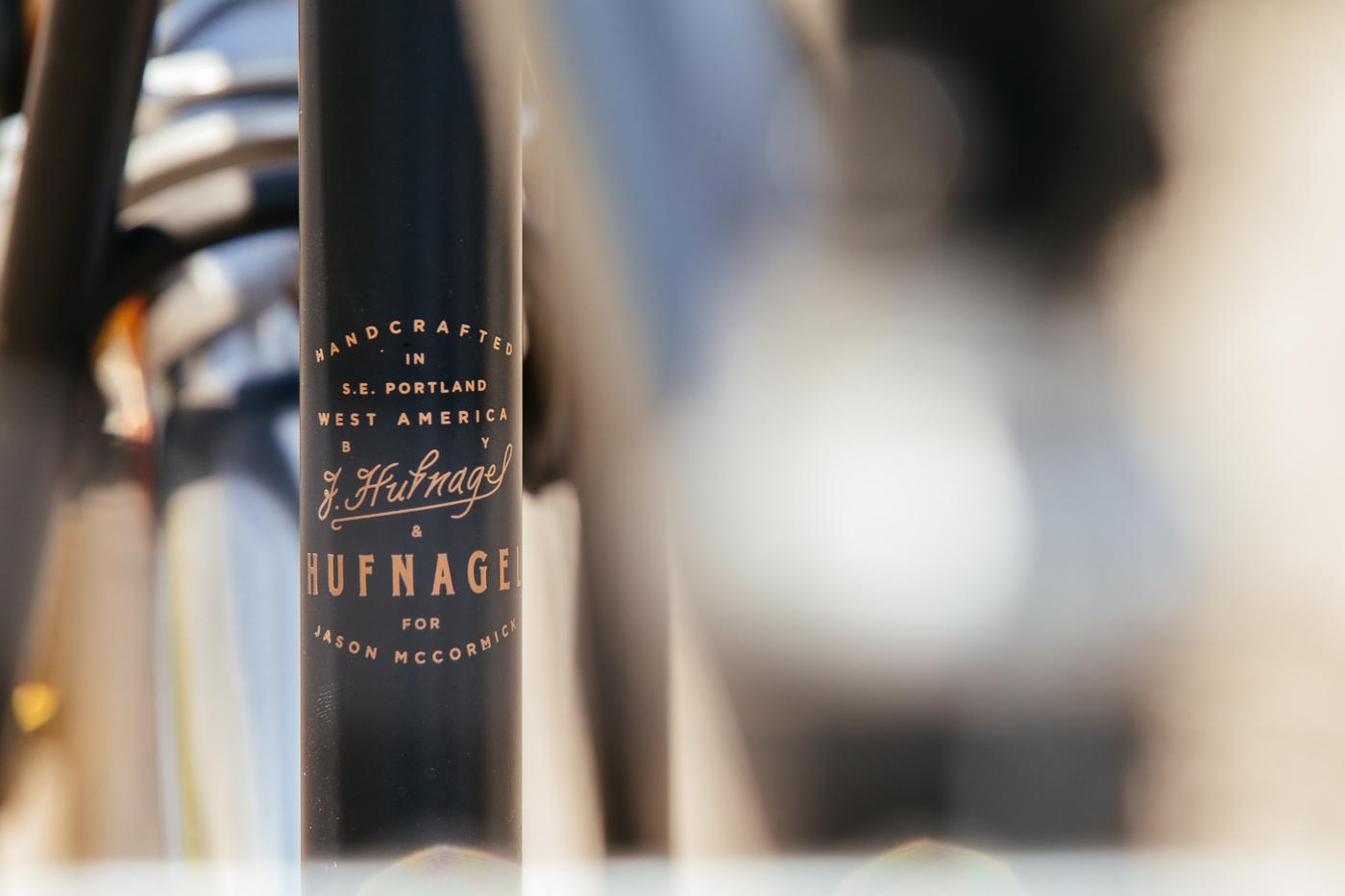 Jason snagged one up as soon as he saw the pre-order go live and to be completely honest, it’s my favorite one I’ve seen. Having shot a few for the Radavist already, I was impressed with the detailing that went into Jason’s build: clean lines, custom fender brackets, custom racks, custom stem, matte black paint, clean generator routing and that awesome pannier…

See for yourself in the Gallery!