What do you do with that old racing frame you had for over a decade after you decide racing just isn’t for you? Or those gaudy old wheels kicking around the bike shop you’ve worked at for just as long? For Peter, one of Mellow Johnny’s longest running employees, he got crafty.

Peter has had this frame since 2003, when it was fit with an actual road group. At the time, the titanium and carbon Serotta Legend was a rocket. Stiff rear triangle, compliant front end, or so they say. Whatever the marketing behind this bike was, within its design lay a beautiful possibility. 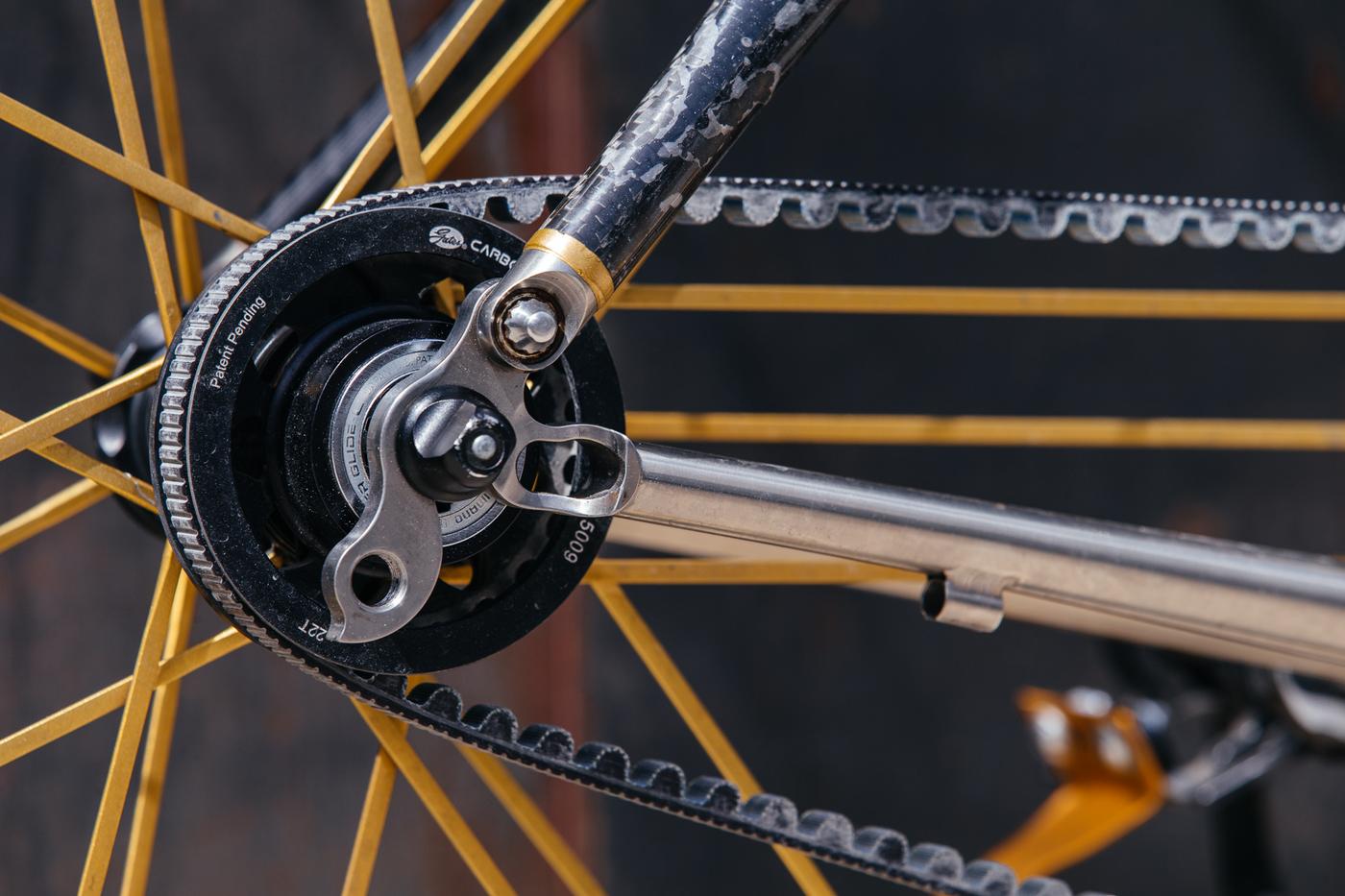 Those bolts, holding the seat stays to the dropouts can be serviced. If they can be serviced, they can be removed so Peter took the initiative to put a Gates Carbon Belt Drive system they had at Mellow’s to the test by installing the belt through that split in the stays.

There he was, with a decade-old, balleur commuter rendered in green and gold. What else could he do to this bike to put it over the top? How about a set of gold Campagnolo wheels from 2008? Voila. Personally, I think this bike is so wacky that it works and it’s been Peter’s go-to ride for years… Run what you brung.