In the world of custom hardtail mountain bikes, there exist a few key factors that determine shredability. The most important, at least in my opinion, being the head tube angle. Next, is the rear chainstay length and both of which, affect wheelbase and thus how flickable the bike is. I knew I wanted Seth Rosko to build it…

Follow the key measurements, or increments with a solid build kit and you’ve got a hardtail that can behave like a trail bike, under the right rider of course…

If the rear end is too long and the head tube too steep, it’ll be good for XC racing, but suck for tech, steep trails, which is what I enjoy riding here in Austin. My key measurements were a 69 head tube angle, with a 120mm fork and a 430mm rear end. But that’s only the beginning of the build specs.

SRAM’s XX1 drivetrain is my current go-to group but my love for SRAM doesn’t stop there. I’ve been riding the hell out of their Roam 60 wheels and couldn’t be happier. For suspension, I went with a Rock Shox 120mm PIKE fork, because, why the hell not? By adding a Reverb dropper, I can suck behind my seat tube and point the bike down just about everything. This bike is rowdy!

Chris King‘s special selection to meet the somewhat strange shape of the Solid BMX tapered head tube, along with a black King BB and ENVE bar / stem round this build out, topped off with Fizik’s Tundra M1 carbon saddle.

I’ve been riding this bike, as is for some time now and honestly, I was holding off on photographing it for a few reasons…

The road to this frame is a long one. I originally wanted it to be a bike packing rig primarily, so I requested three bottle cages. I’d then swap out the suspension for a Whiskey or ENVE rigid fork. Summer came and went, as did all my plans for a MTB bikepacking trip… As with a lot of custom bikes, sometimes the builder gets busy with both life and his queue. I’ve known Seth Rosko for a long time and the last time I visited his shop, I was so stoked on his operations (and his 650b singlespeed MTB), that I gave him a deposit.

My idea: a hardtail with a short rear end, partnered with a slacker than usual head tube angle. We’d use True Temper’s Supertherm tubing, go with a dropper post, through axles and a agave blur paintjob. Dimensions were set, increments of angles discussed and off I went about my business. A full year passed and after hearing that he had to move his shop not once, but twice, I finally saw a frame on Seth’s Instagram. 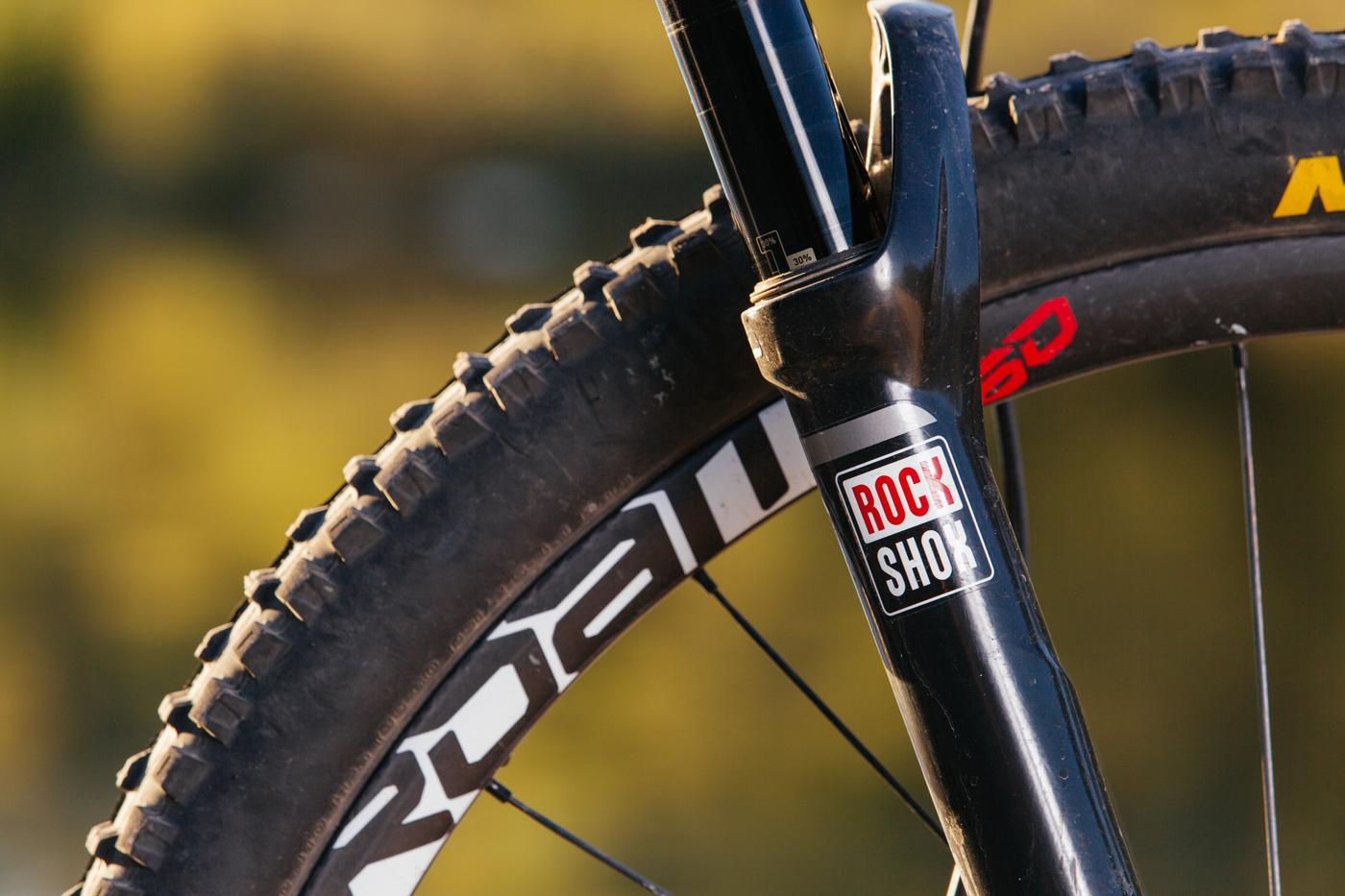 Well, the bike showed up and after the initial build specs: Maxxis High Roller 2.3″ front and rear, we found that the rear end’s spec of 430mm was shorted to 420mm somehow, resulting in the max tire size of 2.0.

Human error applies to everything, including custom frames. Seth and I talked about it and he’s making me a replacement. Until then, I’m riding this frame. Initially, I didn’t want to mention this mistake, but it’s important for people to know that yes, framebuilders too are only human.

What makes them great builders and businessmen is their ability to rectify any mishaps. So far, I couldn’t be happier with this bike – aside from the rear tire size limitations. The fit is great and aside from the rear end being shorter than I had hoped, it actually shreds like a dirt jumper. Simply lock the rear and rock, down even the steepest sections… Hopefully, its replacement will shop up and I’ll be able to go bigger on the rear.

For now, it’s got one rowdy-ass posture! In the next few weeks, I’ll be doing reviews on the SRAM Roam 60 wheels, Pike fork and Reverb dropper. For now, enjoy the photos!