SF to LA with Cadence

I’ve been a long fan of Cadence for some time now. Over the years, they’ve been huge supporters of PiNP and The Radavist, so when the new Flow kits dropped, I wanted to do something special to commemorate them. I knew from Cadence’s Instagram that they had just ridden from SF to LA and TCB Courier‘s John Daniel Reiss was trucking along taking photos, so I reached out to them to do a Reportage on the trip… Below you’ll see the ride unfold.

In true Cadence fashion, friends surrounded us when we met at Trouble Coffee & Coconut Club at a very reasonable 9AM on a Monday. Marc, Ramon and Chas had come to see us off on our Southern expedition and with the proper fuel and vices consumed, we began the first leg of our trip to Santa Cruz. To give you the reader some context, a close knit cadre of the Cadence family set off on a five-day journey down the California coast, mostly sticking to the One, with one or two planned and a few more unplanned detours. I was the designated sweeper, photographer and safety expert for the week and this is what I saw. 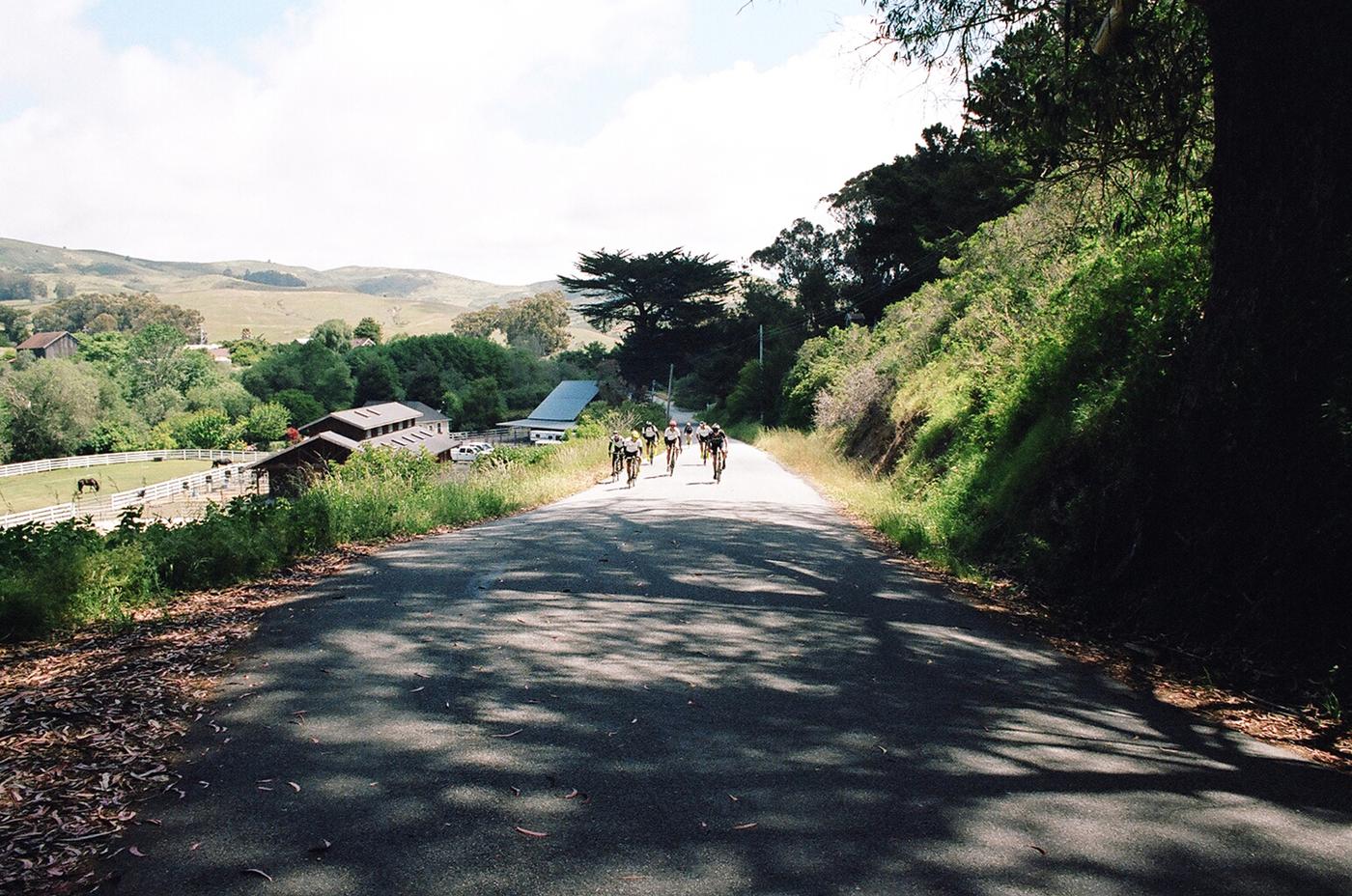 My broom wagon and I enjoyed no shortage miles of scenic landscapes, avoiding poison oak as I poached overgrown paths and waited patiently for a group of road warriors among those on tour. Every day was loosely outlined with a lunch and end meeting point, but what typically happened as everyone rode is I would frantically debate if the next turn or descent held the best vantage point for me to shoot. Some times I was too slow on the draw as Garret and Joe flew by in the drops and other times all I needed to hear was a single shutter click to know I got it. Paralleled by the landscape, each day presented challenges that were different but similar. There were no headwinds or flats to complain about, but large climbs, long rollers and the ever-present fear of the bonk were always on the horizon. Age and experience also played a part in each rider’s attitude. The pace wasn’t grueling but it was consistent and always being pulled (except for those times we did moto-pacing). Recovery shakes, beers and stretching were a ritual. 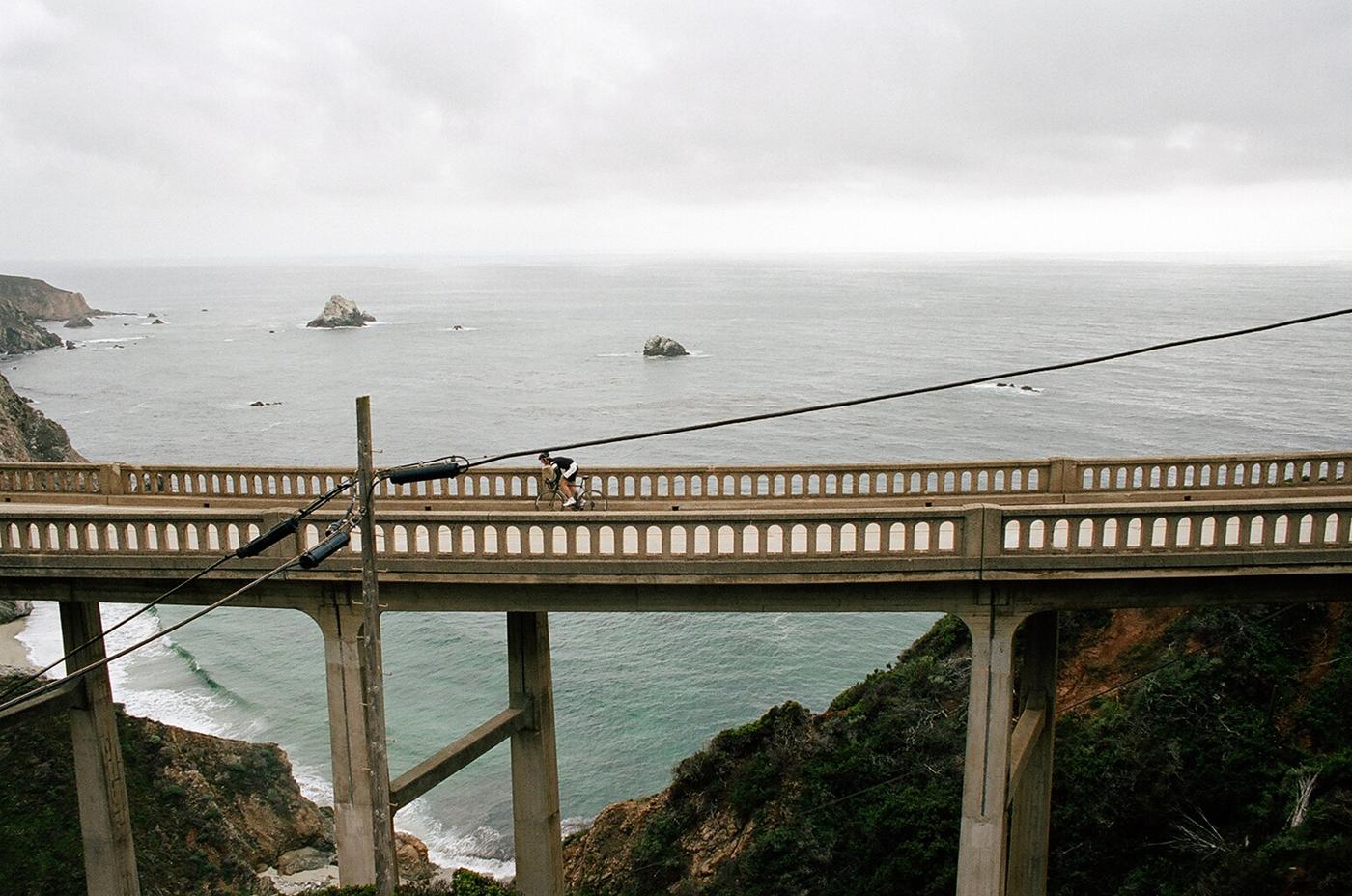 By the end of our third day, having passed through mystical borders of Big Sur, it was hard to tell who amongst us was feeling stronger, who felt tired, but the prospect of our next route was motivation enough for those who almost faltered. Following the path of the recent ATOC, the roads from San Luis Obispo to Santa Barbara were delightfully contrasted by green and yellow as we made our way through the fields and wineries of Southern California. 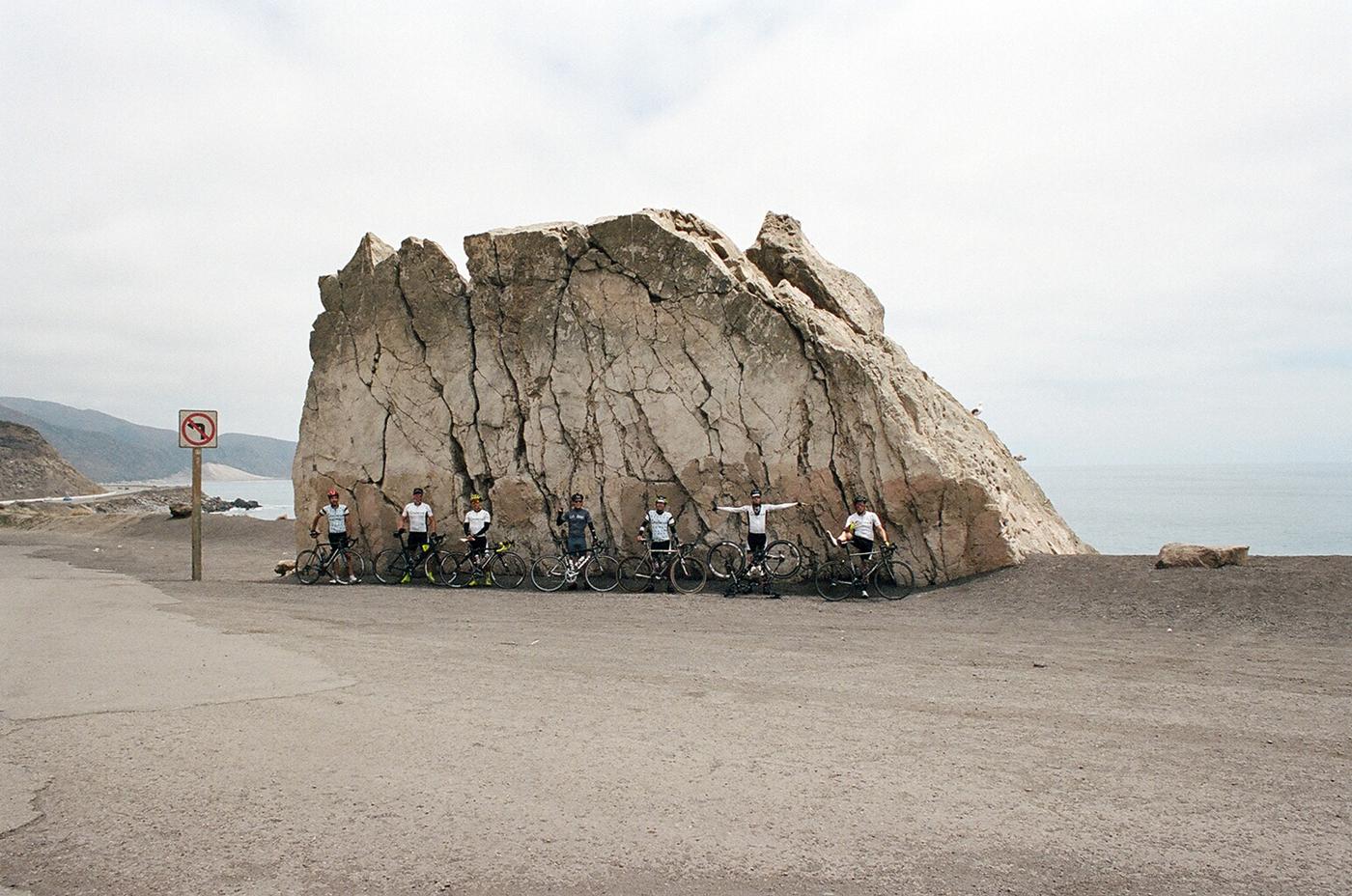 Without incident or injury, all completed the 500+ mile trek. For some this was their first time making the journey and others had conquered these demons before. For all though, the exceptionally sunny sky of Santa Monica was like a light at the end of the tunnel, which every one happily rode towards.