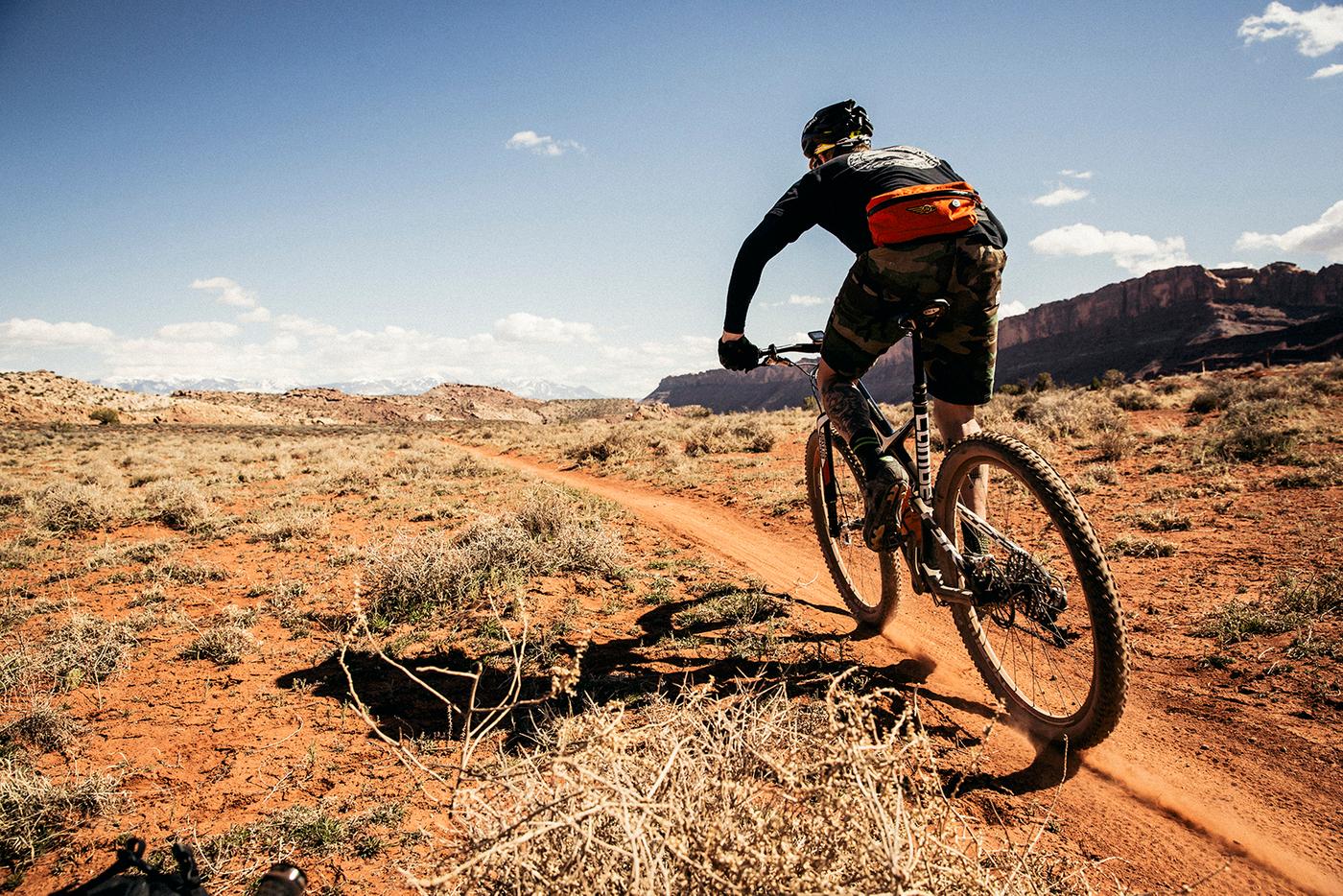 It’s safe to say that Rock Shox was going for a bit of a throwback with the new RS-1 inverted fork. Other companies have tried the inverted platform, to no great success, yet motorcycles have widely adopted the design. In mountain biking, just about every new leap comes from motos, so why has the inverted fork not taken off? There have been a few reasons, the most glaring being stiffness. There’s no bridge, like there is on a traditional suspension fork. No bridge means the fork lacks lateral stability. That’s a big problem, especially when cornering. 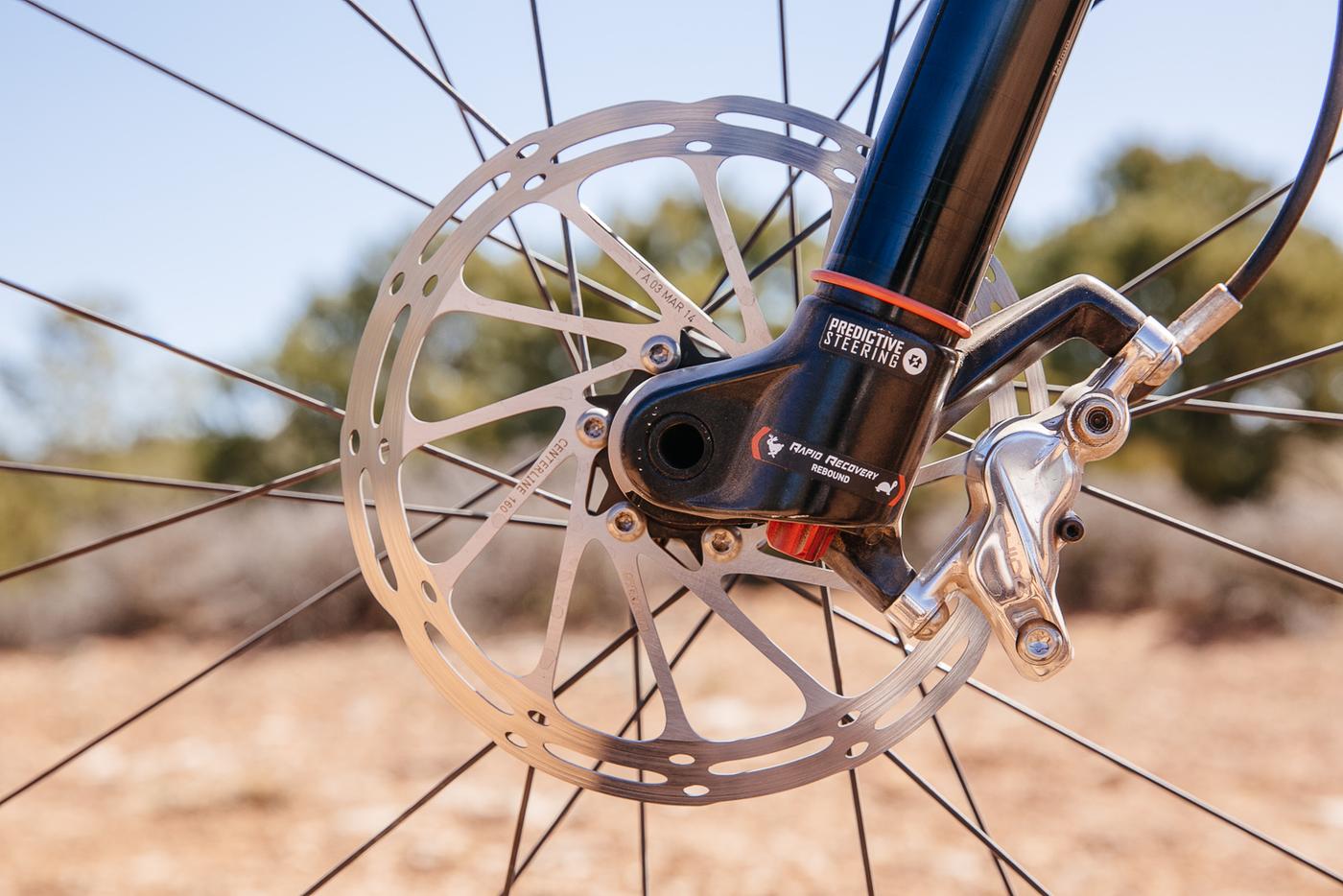 Rock Shox’s new RS-1 fixes that problem with a concept they call Predictive Steering. Marketing jargon? It may seem like it, but Rock Shox is onto something, albeit with a bit of a sacrifice. In brief: the RS-1 requires a proprietary hub, which uses a new 15mm Maxle skewer. Why? Because this hub has a massive 27mm axle that slides into the hub body, essentially, or reportedly solving that lateral stiffness issue. 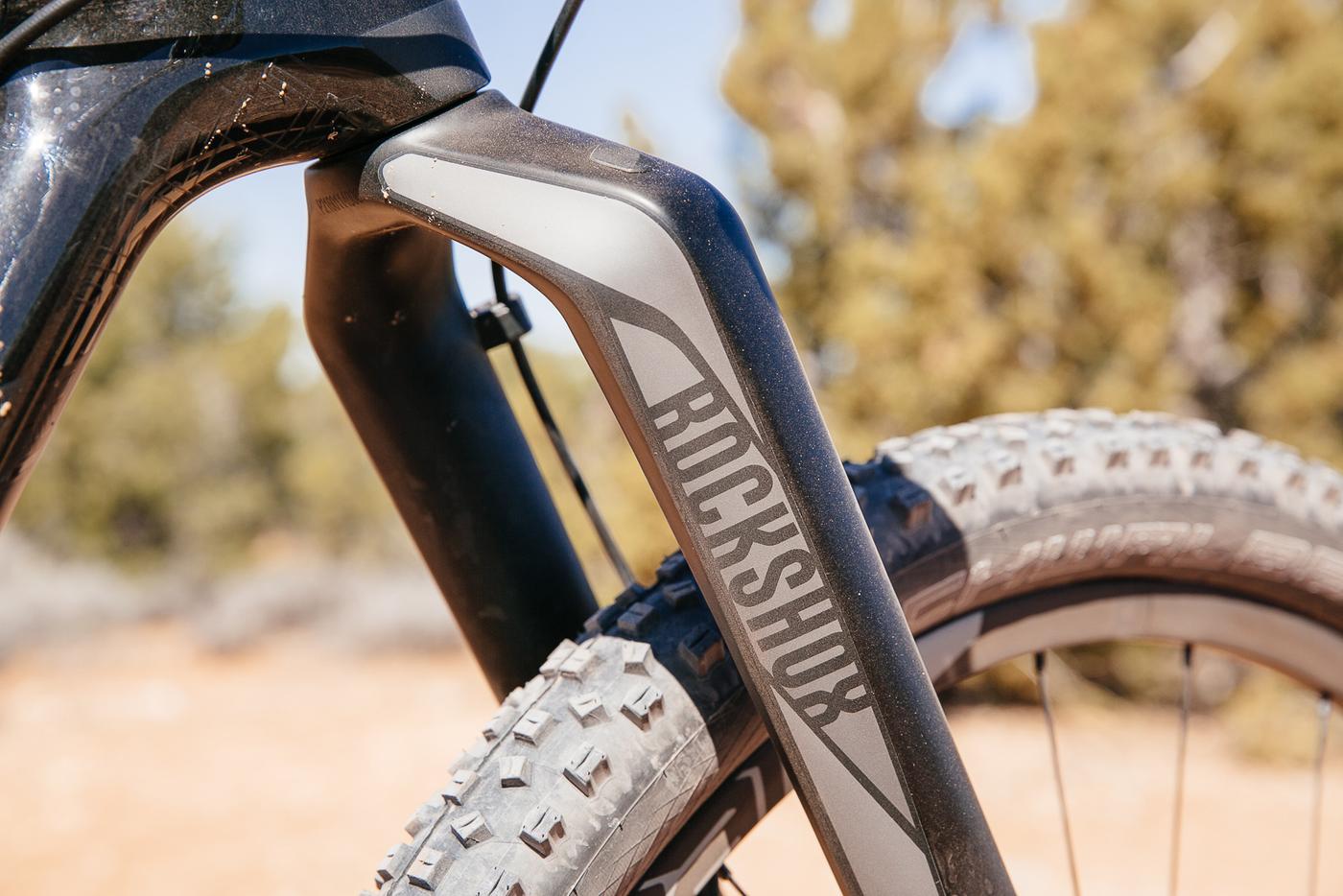 So, is this marketing voodoo magic, or does is actually solve the problem?

While in Moab, I got to spend a few hours on the RS-1 and I have to say, the feel of the fork was incredible, once I dialed it in. Initially, I started at 120psi, then went all the way down to 80psi before felt like it should. Another nifty by-product of the design is that the seals are always lubed, since it’s inverted, keeping it nice and smooth. 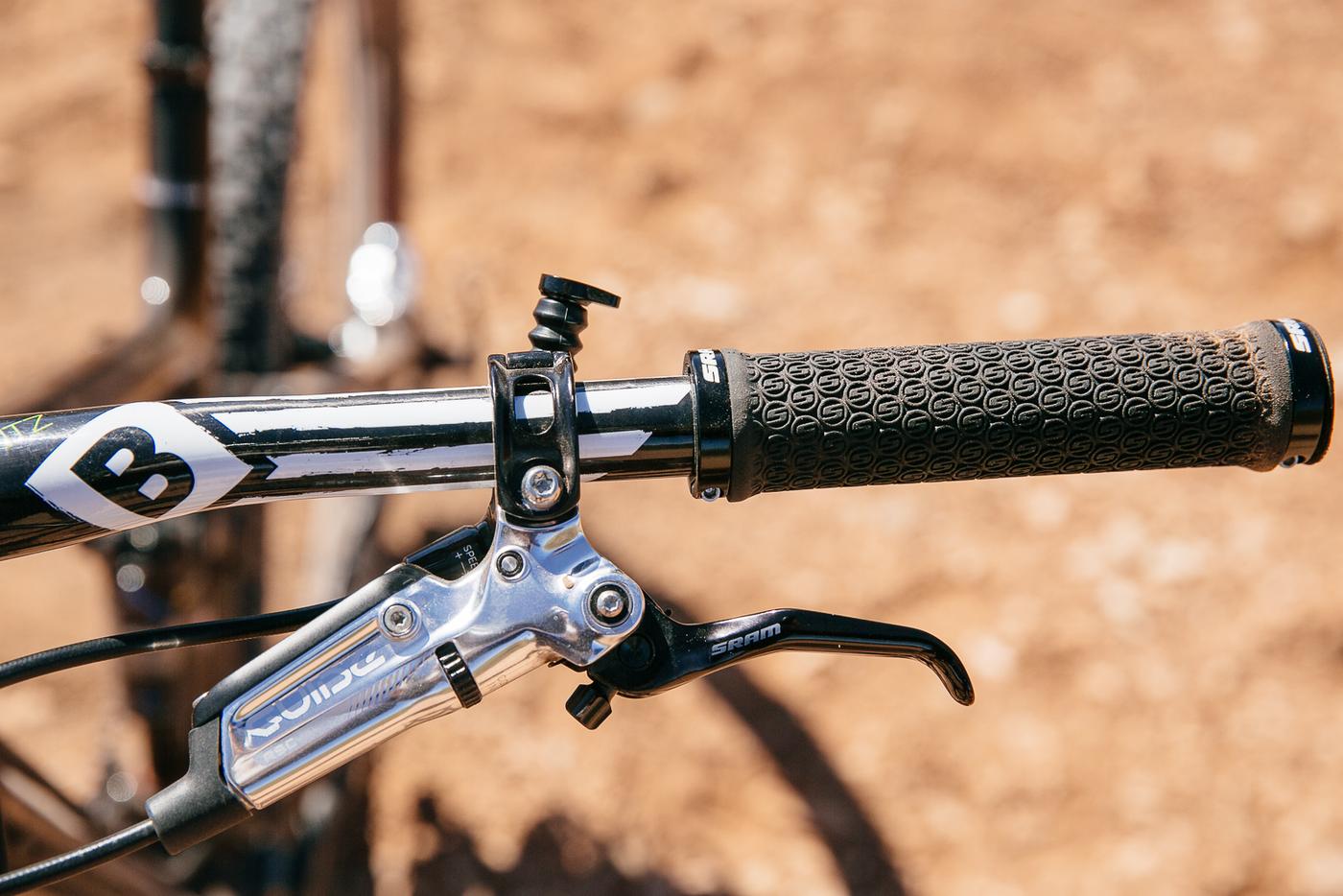 The most noticeable difference I felt was cornering. The 32mm stanchions felt more than stable when tucking into rocky corners. If you did take a big hit, there’s a nifty little bottom-out bumper to soften the blow and protect the fork’s internals. Another feature is how well the fork locks out. The mandatory remote switch will add yet another doo-dad to your bars, but it’s worth it. So, this RS-1 must be made from angel farts and unicorn horn or something, right? Well, there are a few qualms: the technology is reliant on a new hub, that means you’ll lace a new wheel. And at the moment, Rock Shox isn’t opening the hub platform to other manufacturers, which means your rasta PAUL, purple King or pink Industry Nine won’t have a matching front – This opens a can of worms when it comes to professional racers who need to be riding their sponsor’s wheels… Maviiiiic 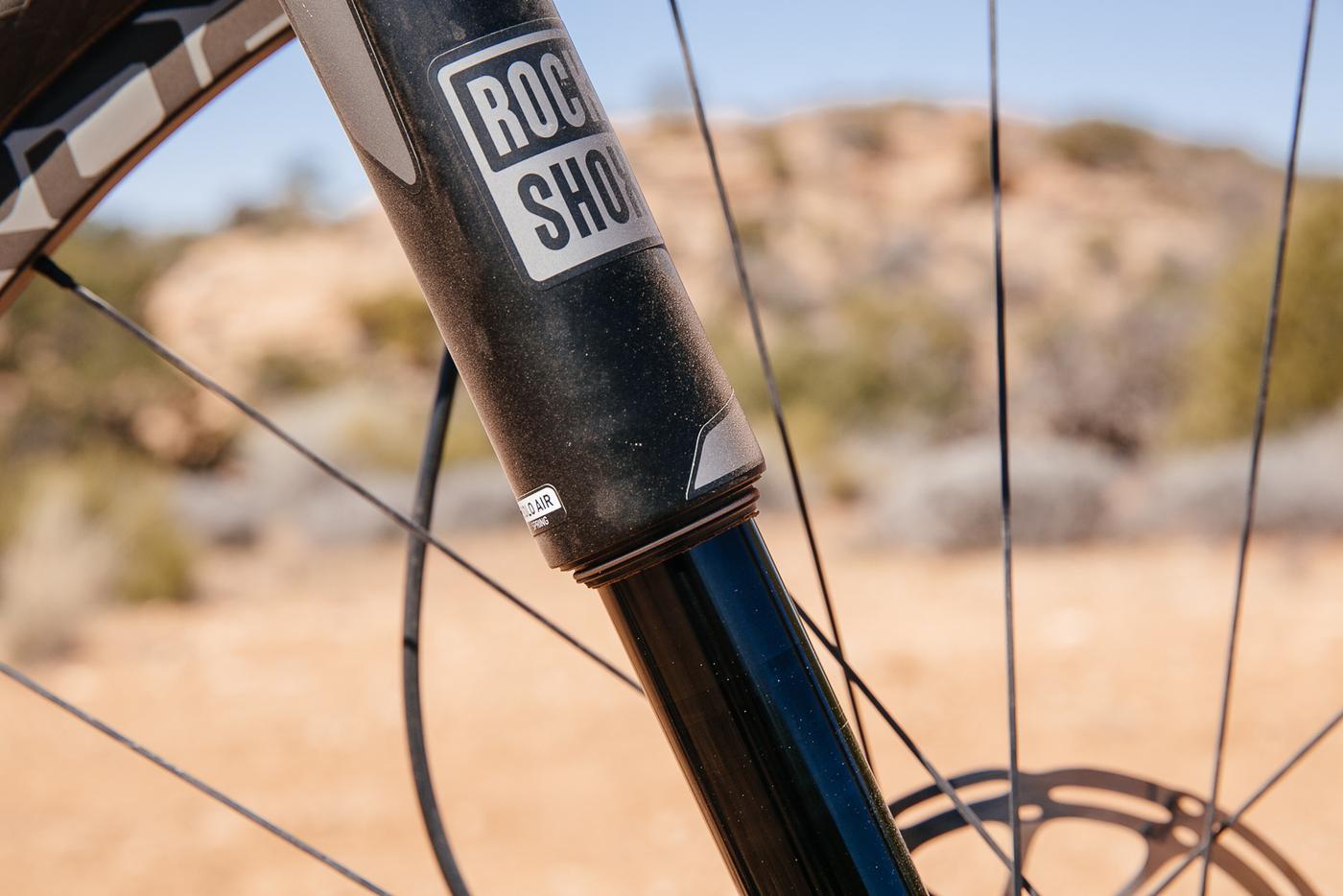 Then, what about those exposed stanchions? Well, just be sure you’re mindful of your lines. If you do clip a rock, or a rock “clips you”, like all Rock Shox products, they are serviceable. I didn’t run into any issues during the ride in Moab, and it’s probably safe to say you wouldn’t either on your home trails. Just don’t wreck in that rock garden, bro.

Overall, I liked the fork – I like the look, I like the concept and I like the execution. People complain that it’s a couple grams heavier than the other XC racing fork, but I don’t really care about weight. For me, the feel is most important and the RS-1 feels damn good. I don’t want to bore you with technical jaw flapping, there’s plenty of it over at Rock Shox, I just wanted to say that I’m eager to try out this fork on my home turf… 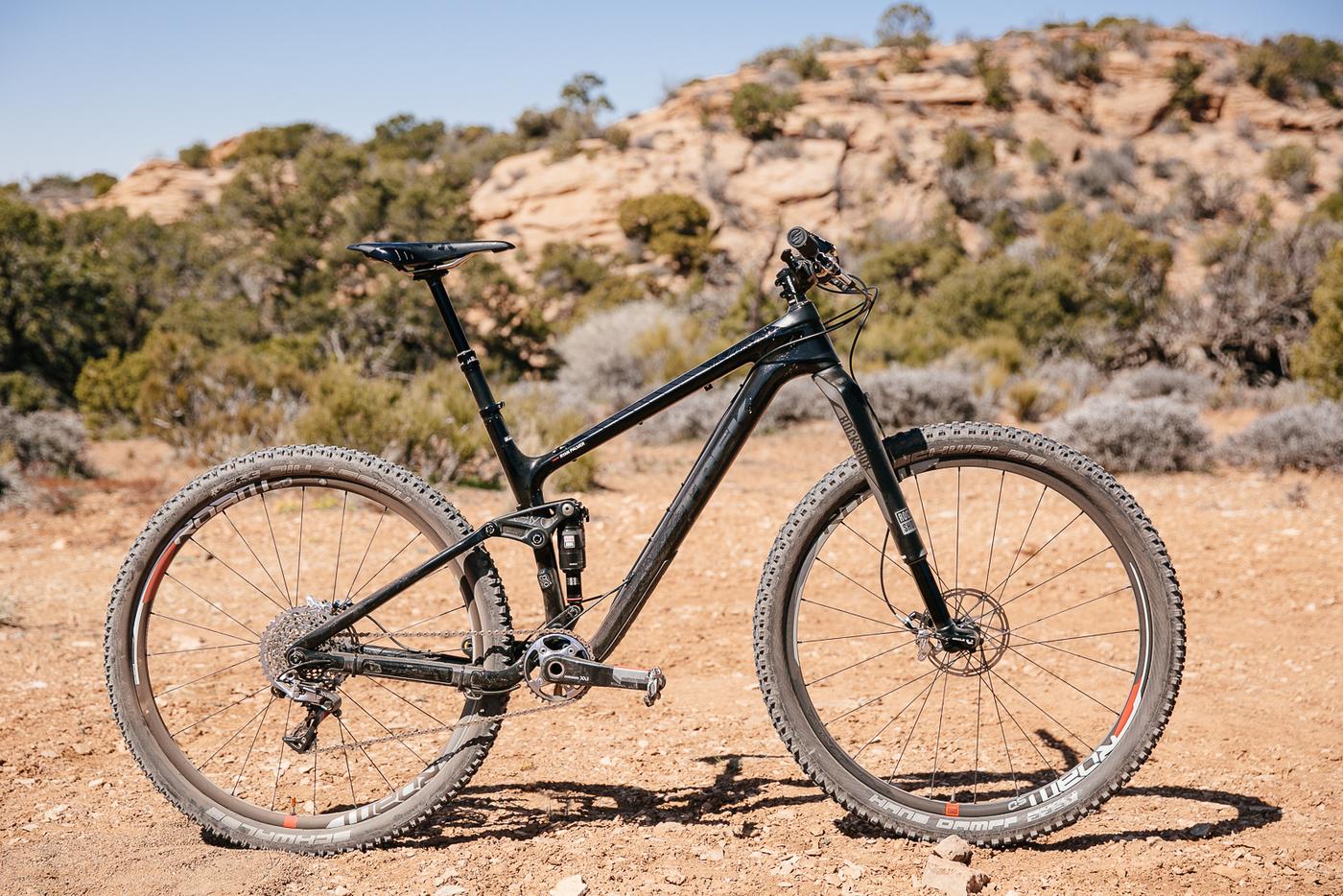